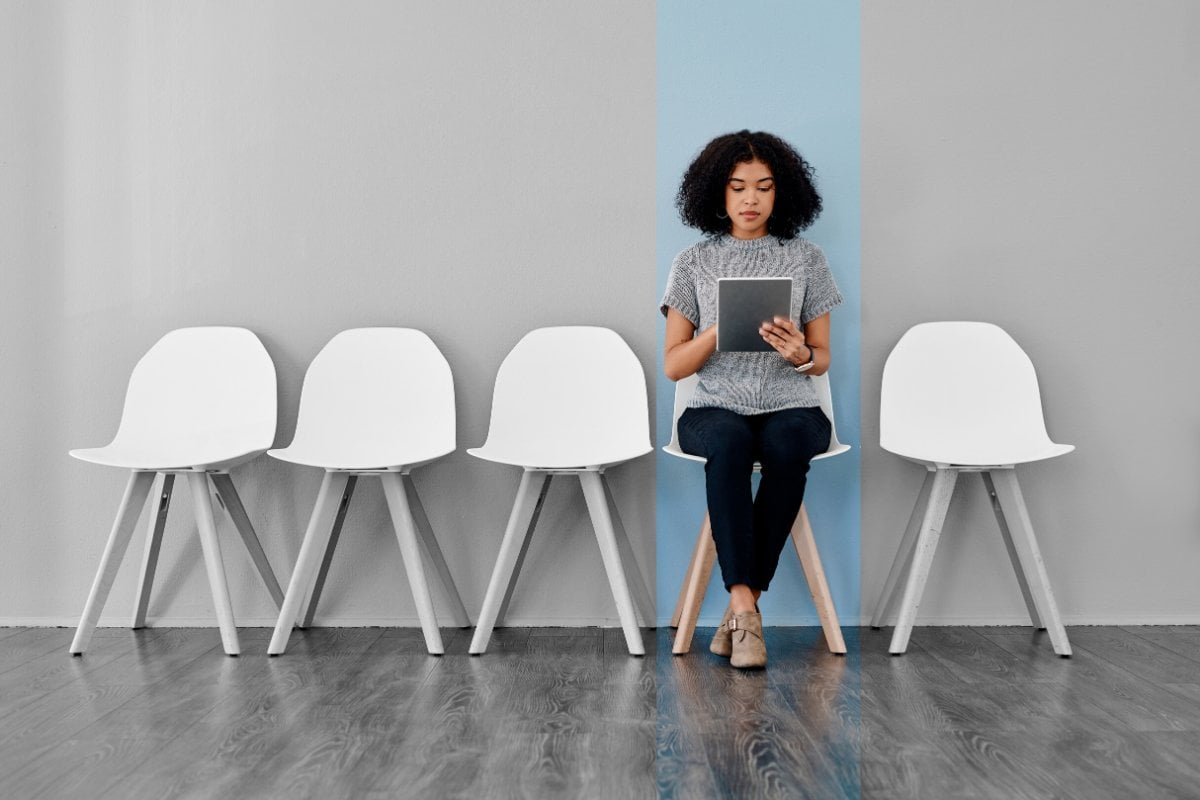 At the best of times, job interviews can be nerve-wracking, intimidating and leave you in a sweaty stress mess. So, it's no surprise when you're in this frazzled state that you miss some major red flags.

This could be a slightly seedy comment, not picking up on the negative vibe zapping around the office, or simply failing to notice that the employer hasn't brought up a discussion about pay at all.

That's why we asked 11 women for the job interview red flag they completely missed the first time around. So, whether you're applying for a bar job or an executive position, keep your eyes open for these red flags during your next interview.

I was 25 years old and doing a second interview for a job at a consulting firm. They asked me to meet a guy after work. I showed up to their offices in the evening and there was no one there. I called him, and he said I was supposed to meet him at a cafe in a completely different area (although he had never said anything about that).

When I finally got there, pretty almost an hour later, he was completely self-centred during the whole conversation. He asked me a couple of questions about my CV (one about a hobby of mine which was drama club), then went on to talk exclusively about himself, his achievements, the fact that he had a 4-year-old son, and so on. By that point I was very not interested but when I turned down the job offer, he sent me a very nasty email about having made him waste his time that evening (when he was the one who had sent me across town because he failed to communicate), that he'd missed his son's bedtime (WTF) and that after all, I was used to putting on an act because I did drama.

I was outraged and cc-ed his colleagues in my reply and they apologised on his behalf.

I was 17 years old and went for an interview at a pizza restaurant. The male owner who gave me massively pervy vibes offered me the job on the spot. I went out the back to do paperwork stuff with a female manager and she looked at me, sighed and said, 'he always hires the pretty blonde ones'. I was like, WTF?

The male owner then sexually harassed me from pretty much my first day, calling me sexy and asking all the male kitchen staff whether they'd like to bang me or not.

He had a daughter exactly my age who also worked there who was clearly dying of mortification on a daily basis.

At my first job at an ice creamery, they told me during training they would pay me in one drink or ice cream per shift. If I did well I got a bonus, which was a crushed up waffle cone. Probably should've been a red flag but worked there for three months "training" and then they "let me go" when "training" was over.

My parents wanted to teach me a lesson about valuing myself. Thanks mum and dad.

I went to a job interview for a really small marketing/media company and the male and female interviewing me were so mean I've tried to block it from my memory. From what I remember, they were extremely condescending and treated me like a child (I was fresh out of uni, but still). They asked me to describe what their company was and what they do (aren't THEY meant to tell you that.. anyways), and I was so nervous I fumbled a bit to find the right words before the guy interrupted and said "the least you could do was some research, have you even been on our website?!" - which I had, but I was very put off. I didn't say much else, then left the interview. The next day they weirdly offered me the job, but it was such a horrible experience I quickly turned it down. 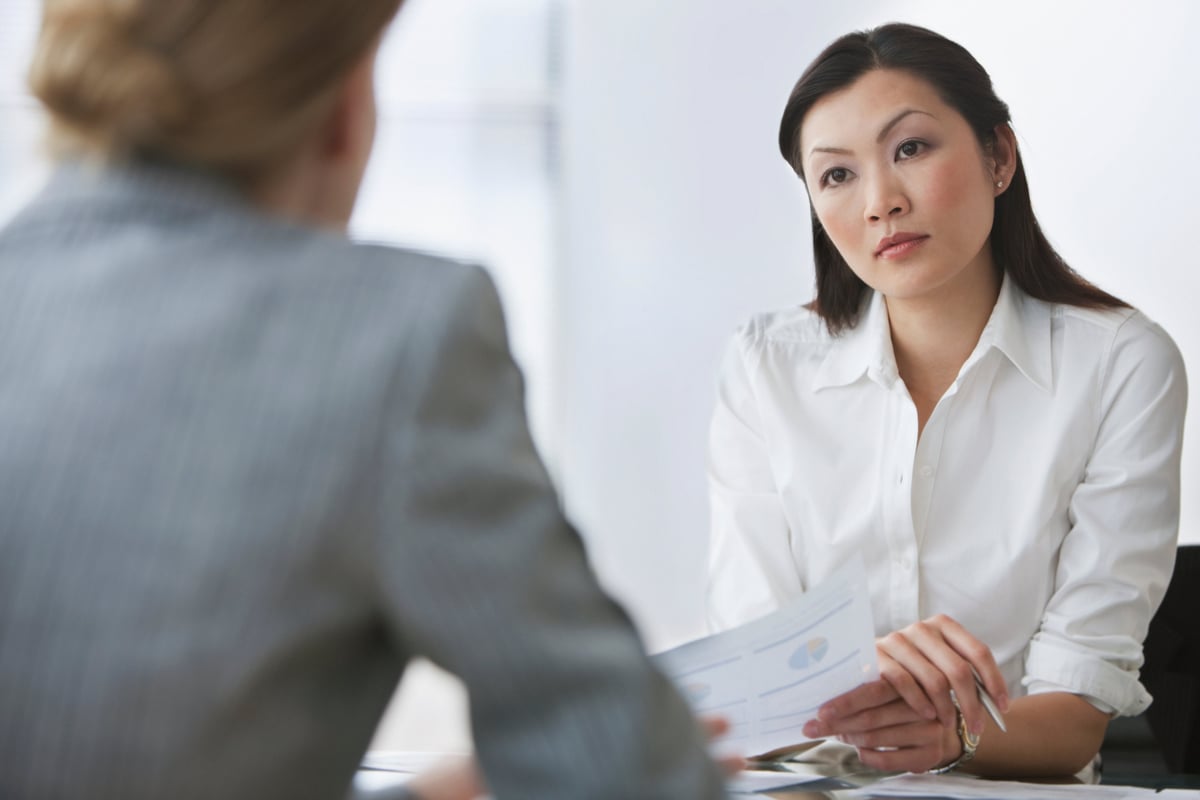 I went for a trial shift at a popular bar in the city and you had to wear a black dress and heels. I was freshly 18 and stupidly wore super high heels. You had to bend down quite low while holding your tray to deliver drinks to mainly older men. A bunch of them asked for shots of tequila for them and one for me. The manager was fine with me having a drink as long as the customers were happy. I left feeling super uncomfortable and quite upset. Definitely didn't take the job.

The manager showed me to the interview room where I sat down in the chair opposite him (as you do) but he said, 'no, you sit over there on the couch until I call you over'. It was literally just the two of us in the room.

I did a trial shift at a café and the owner was super dismissive and gave me no guidance as to what I was meant to be doing other than, 'it's waitressing, it's not rocket science', so I bumbled my way through it all. I thought he was going to tell me to sod off at the end, but he asked me to come back tomorrow at the end of every day.

I ended up working a full week of shifts there and then he said that I wasn't right for the role, but because he's a 'good guy' he'd pay me for my shifts. He then went to the tip jar and picked out a five-dollar note and handed it to me. That was the pay. A**hole.

Listen to Mamamia Out Loud, where Mia, Holly and Jessie discuss the email that can help you get hired. Post continues after podcast.

Job Interview Red Flag: "It's a shame you're married."

This one time, I went for a job interview and the creative director interviewed me one on one. The interview went well, all was good and fine, I got the job on the spot. But then as we were getting ready to take an office tour and meet the team, this guy said, 'It's a shame you’re married. *looks at my wedding ring* A lot of guys in this office would be interested.' For years I doubted my abilities and I've stuck to a female-dominated culture ever since.

I went for an interview at a video store and the owner interviewed me and then asked me what my parents thought of my piercing (a nose ring) and my dyed hair (I had blonde streaks). I was 16 and just said, 'Oh what? Nothing, they don't mind at all.' He huffed and said, 'Well, I suppose you can have the job.'

Two years later after working for him every Friday and Saturday night, including extra shifts during my HSC because everyone else decided they couldn't work during theirs, I told him that I needed time off for my formal (one Friday night) and one week off for schoolies (months in advance). But as it got closer to the time, he told me, 'You know what? I just can't give you all that time off, so if you need to take the time off, I'll have to give your shifts to someone else.'

Turns out he was just trying to give his son a job, so I went to schoolies and he hired his son, who lasted three weeks and then he called me and asked me why I hadn't come in to which I replied, 'You basically fired me.' He said it was a misunderstanding and asked me to come back. So I did. Anyway, I resigned a few months later when I turned 18 so I could make more than $12 an hour at a bar.

I then started a new job at my local leisure centre and I was talking about my previous job to one of the lifeguards and I said, 'Don't go there, the owner is a dickhead.' He responded: 'That's my dad.'

I went for an interview for a waitress job when I was 18 or 19 years old, at a local Italian restaurant. The manager stared at my boobs the entire interview, like, he did not look away the entire time; it was truly baffling. I decided to lie about my limited availabilities for shifts towards the end of the interview and was so relieved when I didn't get the gig.

Job Interview Red Flag: "He was on a power trip."

I went for a job at a bar, and when I went into my interview the place was completely empty. Even still, the manager left me waiting for about 45 minutes before he came to interview me. I went on to work there for a number of years, and realised very quickly that he was toxic. Luckily he didn't last very long, but in hindsight, it was a clear sign that he was on a power trip, and that he thought his time was far more important than anyone else's.

Looking to change jobs? Find more expert advice in our ultimate guide to getting the job of your dreams:

Reply
Upvote
1 upvotes
Uhh the one about extreme rudeness- it is absolutely important to research the company and your job role when going for an interview, don’t know why you’d go in blind about a job you want, although I’m not inferring they weren’t rude it might be something they thought was important when interviewing for the role.
mamamia-user-405278599 2 months ago

Reply
Upvote
1 upvotes
If you 're going for a job, of course you should do a little bit of research about the company you're hoping will hire you. If not for possible interviews, then do it for yourself. Many organisations will ask about their values and which ones resonate with you etc. If you don't know who you're applying for a job with, why do you expect they would want to employ you?
News
General
Opinion
True Crime
Politics
Sport
Explainer
Entertainment
Celebrity
Reality TV
Movies
TV
Books
Rogue
Royal
Lifestyle
Beauty
Fashion
Weddings
Home
Wellness
Health
Fitness
Travel
Food
Parents
Before The Bump
Pregnancy
Baby
Kids
Teens
School
Parent Opinion
Work & Money
Money
Finance
Career
Lady Startup
Relationships
Sex
Dating
Separation
Friendship
Family
Real Life
Couples