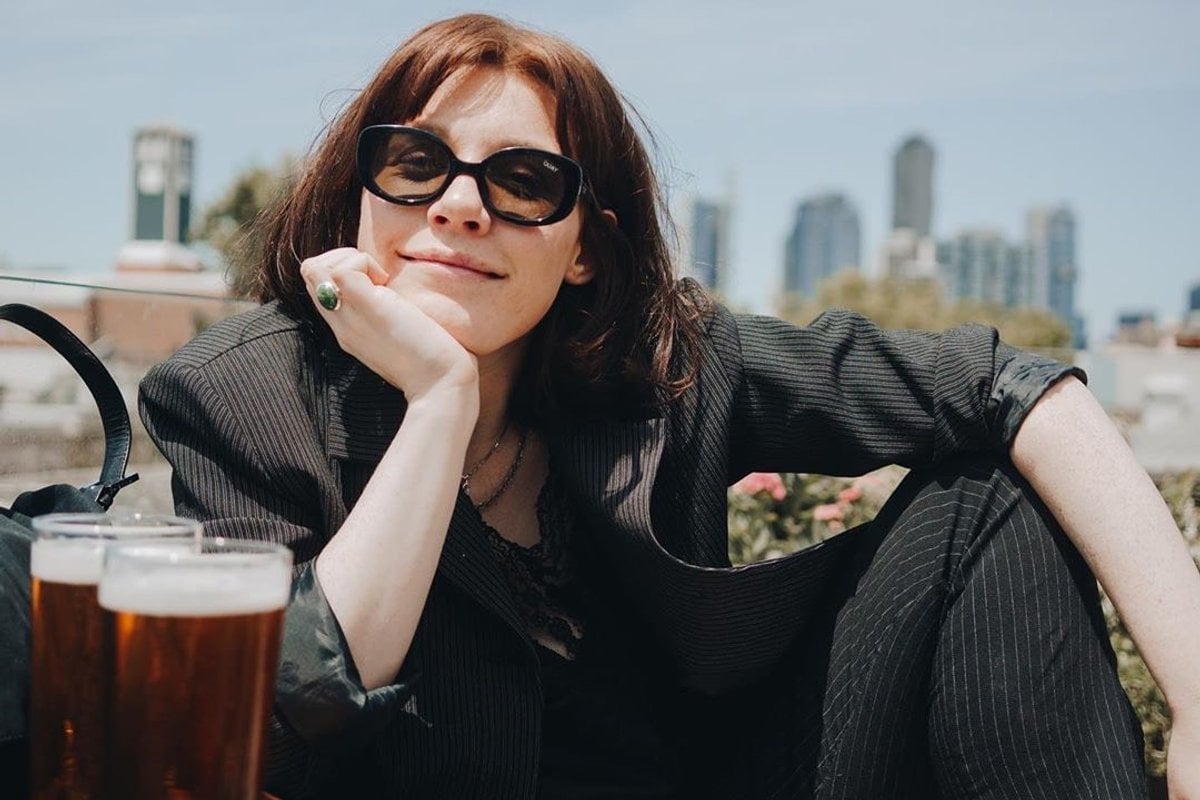 I got my first job when I was 15. And just like so many other teenage girls, that job was in hospitality. I remember the job interview well.

I don’t know why but I decided to wear a white dress. Now that feels like a strangely subconscious decision, to accentuate how ‘good’ I was.

I went to this interview in my dress. It didn’t go for long and all I really remember is being told: "You’re pretty! That’s good!"

I wasn't surprised. It was know that only "pretty girls" worked at the place where I had applied. Pretty girls, and one token boy.

Watch: I sometimes wish I was a man when... Post continues below.

I’m assuming this was to fill some quota to avoid a discrimination lawsuit.

This job planted a seed. As a deeply insecure girl, I decided there had to be some value in being "pretty".

To have value in something so meaningless was easy. But, slowly it became what I thought was the most important thing.

And, even worse, it was used to excuse behaviours that were abusive and problematic.

"Pretty" was how you sold the product.

We were told to make sure we were always nice, to smile, and to wear either dresses, skirts, or tight leggings.

And no matter how rude or mean a customer was, you always had to be the one to apologise.

From the legal working age, I learned that as a female there was apparently a monetary value in looking nice and making people feel good.

Hospitality was one of the many industries that knew it too.

I had a similar experience in every other hospitality job I worked at, and it only got scarier.

For the next few years I would accept jobs where I would be yelled at, overworked, underpaid, gaslit, sexually harassed, and called "stupid". I would complain but the sentiment seemed to be "it’s not life or death".

No, it’s not life or death but it is mental anguish. Even the supportive people in my life told me "it's not that bad" and "you need to have a job".

What is often misunderstood about these environments is that there aren’t any safe spaces to complain.

We’re talking about a systematic culture here and that’s hard to fix.

There must be a semblance of comfort provided to society when young girls are in service and waitressing roles - like they are ‘mini mothers’ in training. Society wants mothering, and hospitality provides that service.

In return for that service, young staff are usually yelled at by dogmatic chefs who are often belittling them in front of customers.

These chefs are usually much older; making constant judgements on your looks and whispering in the workplace about whether or not they would have sex with you.

In one place I was told several times by co-workers what they would ‘do to me’ if they weren’t married.

In another instance, a male co-worker spread a rumour that I had fallen asleep at a party with my legs spread so they could see up my skirt. It wasn’t true by the way - but it was more exciting to tell the false story of a 20-year-old girl being drunk and exposed than tell the truth.

It isn't just other staff members who are the problem, either.

I once heard a fellow waitress talk about how uncomfortable a table of men was making her feel, as they were discussing her body.

It was summer, and she had shorts on. She made a comment about never wearing shorts again, and the owner turned to her and said, "while you work for me, you'll wear them".

This isn't a scene from a film or a caricature depiction of a sleazy boss. This stuff happened every day in hospitality.

You're constantly forced to choose between your own personal and psychological safety and the expectation of your role - which is to be non-confrontational, pleasant, compliant.

This hostile culture is systemic in nature; and like many environments has a toxic and sexual component.

Hospitality, though, is one of the few industries that allows somebody to work while they study so it puts people, particularly young women, in vulnerable positions.

In these environments you’re told the image of you and your submission is key to the sale. So, when you move on in the world you compare all your experiences to that. What you accept will be based on it.

After a decade in the industry, I slowly started to realise how damaging these experiences had been.

There was a huge sense of grief that followed and I thought, "well if it was so bad why didn’t I say something at the time?"

But, I was young, and I didn't realise how bad it was. Not until later when I told others and saw the looks of horror on their faces.

After 10 years, hospitality left my mental health in pieces - from the constant micromanaging and gaslighting, to the everyday workplace bullying.

It was only because of a pandemic and having an emotionally supportive partner to help me that I was able to leave that toxic environment at 27.

I had been harassed from all angles, and for a while I believed I had deserved it because I had been treated that way for so long.

It felt like leaving an abusive relationship without any support or sympathy - I was told I should be grateful I'd been employed.

So, if ever somebody in your life tells you they’re uncomfortable at work, I encourage you to listen to them.