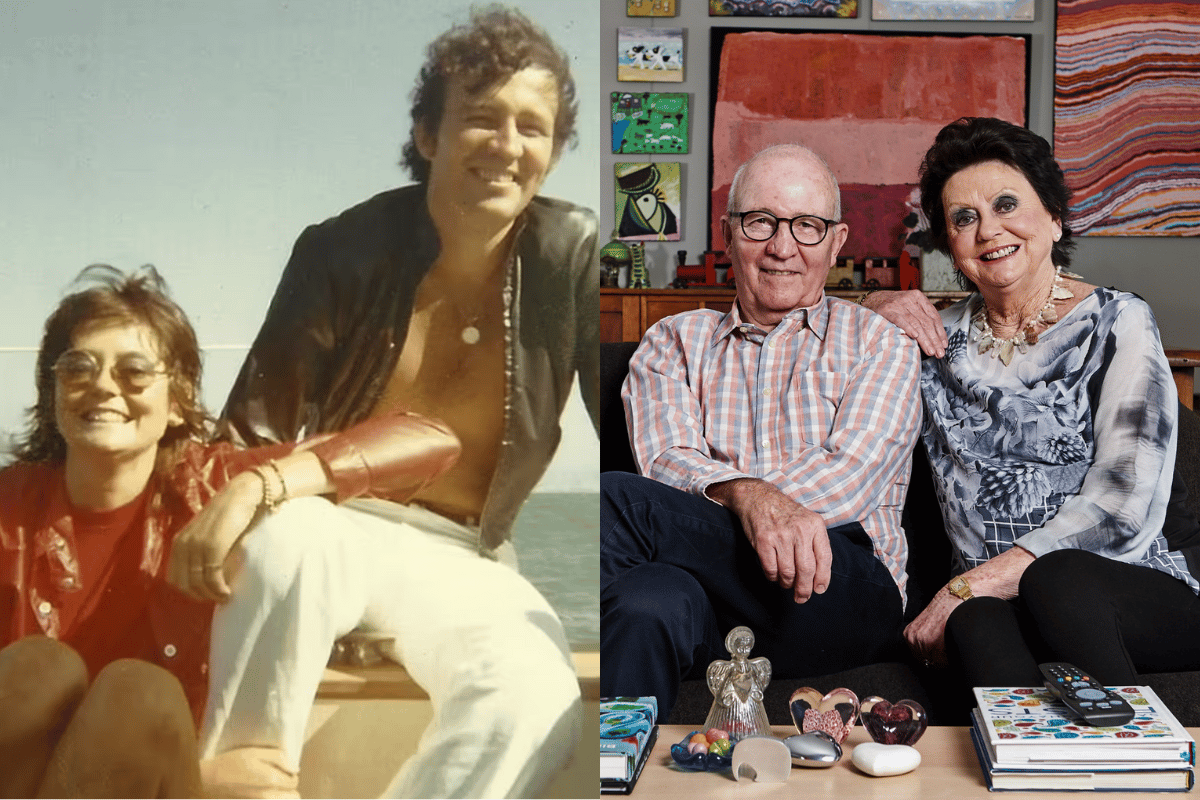 When it was announced that Gogglebox star Di Kershaw died this week, following a battle with stomach cancer, everyone was shocked.

Entertainment reporter Peter Ford shared the news that Di, who appeared on the show since season one with her husband Mick, had passed away aged 77.

"She's been sick sadly for a couple of months now, so condolences to Mick and the entire family," said Ford. "She was great talent - the producers struck gold when they found her."

Di met Mick when she was 17 and he was 20 on Sydney's Northern Beaches. After "courting" for five years, they married.

Di, a former model, convinced Mick to give up his high-flying career as an advertising executive in order to follow their passion for art. They opened their own art gallery and dealership and worked together for over three decades.

The pair also had two children together - Alex, now 45, and Victoria, now 43.

Di and Mick were together for over 60 years, and married for 55 - a testament to their relationship.

As Mick told Daily Mail Australia this week: "I think the reason that it lasted that long is we had common interests. We liked food, we liked art. We understood each other's sense of humour. I don't think you hang in there for that length of time with a person unless you've got a lot in common. She was larger than life, more so than I was." 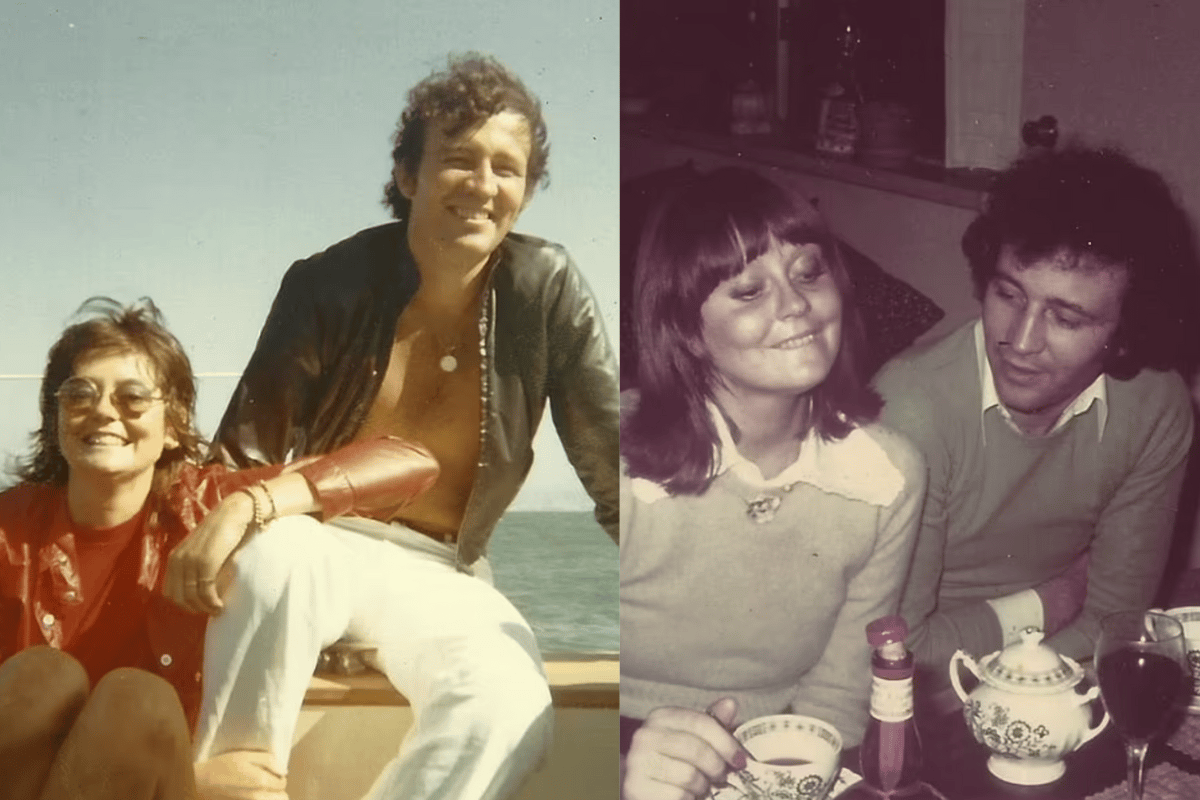 Di and Mick in the early years. Image: Twitter @GoggleboxAU.

Off-screen, Di received an Order of Australia in 2020 for her longstanding service to the visual arts.

When Gogglebox Australia came along, Di and Mick had never thought about doing TV, and had never heard of Gogglebox and the original British format.

They were actually approached to be on the show by a production scout who overheard the couple having a conversation at the opening of an art exhibition in Sydney's Paddington. It appeared the production scout knew that Di and Mick's banter between one another would make for successful television - and indeed it did.

Given they were in semi-retirement after recently selling their art galleries in the Sydney CBD and Cairns, they figured Gogglebox was a fun opportunity.

Although Di came across on the show as a bit of a tough and witty woman, Mick said she was also incredibly caring.

"She didn't suffer fools gladly but was very generous. She didn't have a nasty bone in her body. She was very caring. She was a very strong person. She had a great sense of humour," he said to Daily Mail Australia. 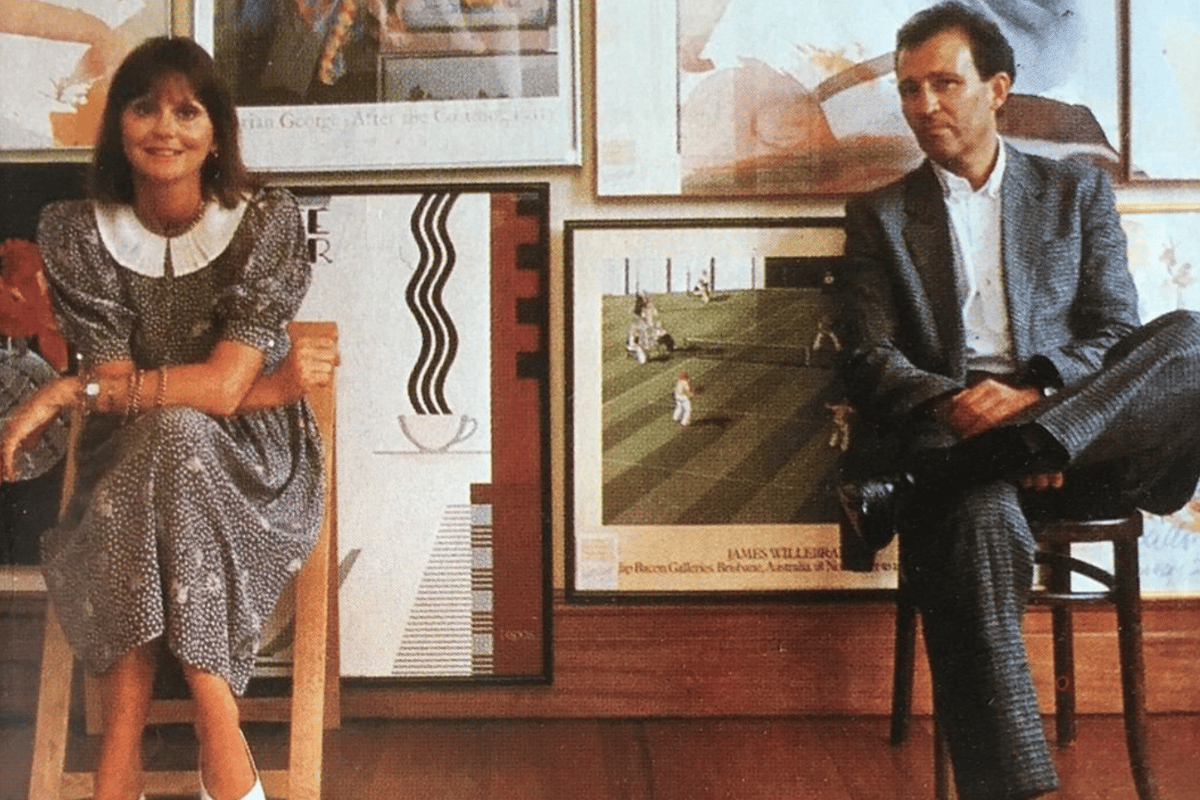 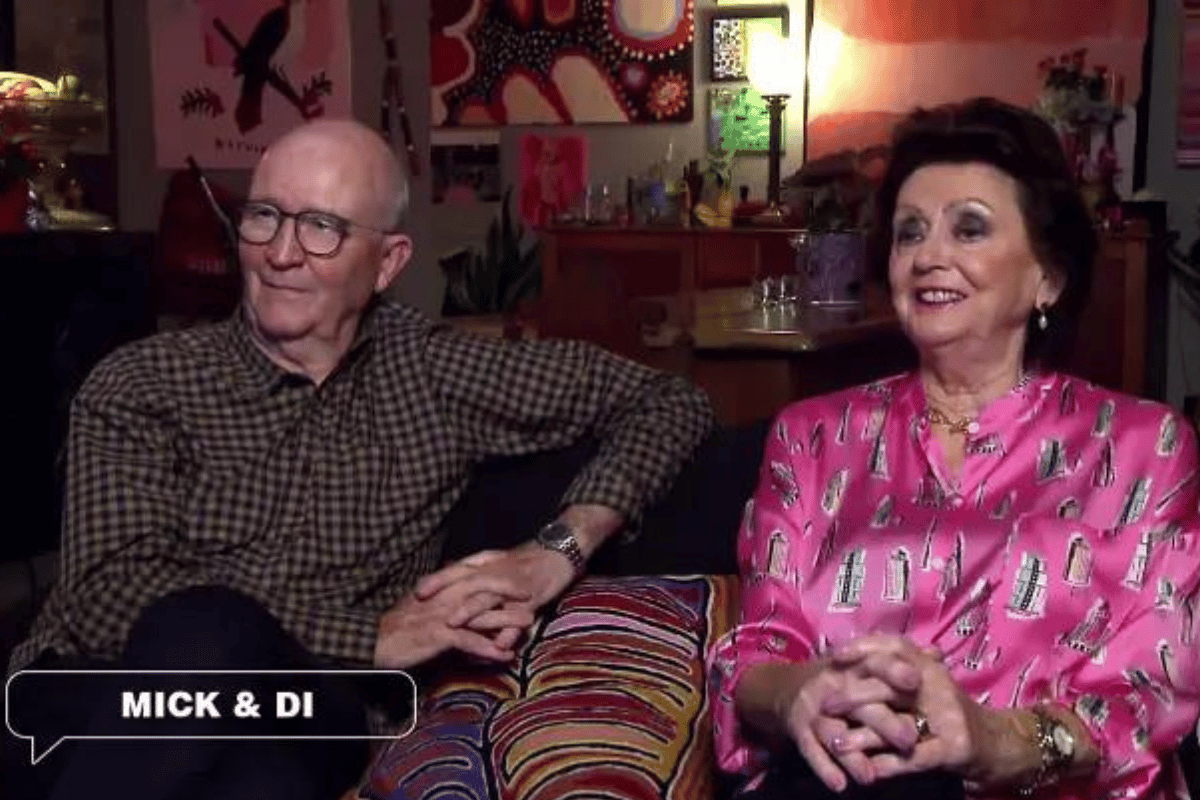 Three months ago, Di began to feel ill, struggling to keep her food down.

After some tests, it was confirmed that she had stomach cancer, and that it was a terminal diagnosis. She decided to keep the news private, only sharing it with her close circle.

"The cancer spread and was inoperable," Mick said. "The only alternative to that was chemo or radiation but she was far too weak to be put through that."

Mick then said that his wife spent her last weeks in hospital and later hospice care.

"She would have hated to sit around here for six months being incapacitated. So she made the decision to end it earlier rather than later," he said.

There was an outpouring of grief when Di's death was made public.

Watch one of Di and Mick's many iconic moments on Gogglebox. Post continues below.

In a statement about the sad news, Gogglebox Australia said: "It is with a heavy heart that we announce the passing of our beloved friend, Di. She was adored by all who knew her, and we will miss her dearly.

"We're incredibly grateful to have had her as part of the Gogglebox family since day one, bringing joy with her unforgettable laugh and razor-sharp wit. Our thoughts are with Mick and their family during this terribly sad time."

Many of the Gogglebox cast also shared their condolences.

"Rest In Peace Di, you absolute legend. Enjoy the glass of wine up there," Adam Densten said.

"RIP Di, you will be missed. Thank you for all the great laughs and memories," Jad added.

"Rest in peace Di. Losing your energy from our GB family and from our TV screens will be felt by us and all of Australia. We will miss everything about you. Thank you for the everlasting impact you had," Matty Fahd wrote

A spokesperson for Foxtel, Network 10 and production company Endemol Shine Australia said: 'We are unbelievably saddened to hear of the passing of Di Kershaw. For the past eight years, we were privileged to have her luminescent character make us chuckle with her sardonic wit, crackling laugh and her impeccable style on Gogglebox.

"We extend our condolences and love to husband Mick and the rest of the family. Thank you for letting us share the warmth, humour and heart of your wife, mother, and grandmother. Di would always sign off correspondence with 'Pleasure Treasure', but the pleasure was all ours and we will treasure it forever."

As for Mick, he said in his interview that he's grateful for the support from everyone, also confirming he will no longer be appearing on Gogglebox.

Sadly, this week would have been their 55-year wedding anniversary. Now, Mick is making funeral plans.

"It's new territory [the loss]. I don't think anyone can anticipate how they're going to feel."