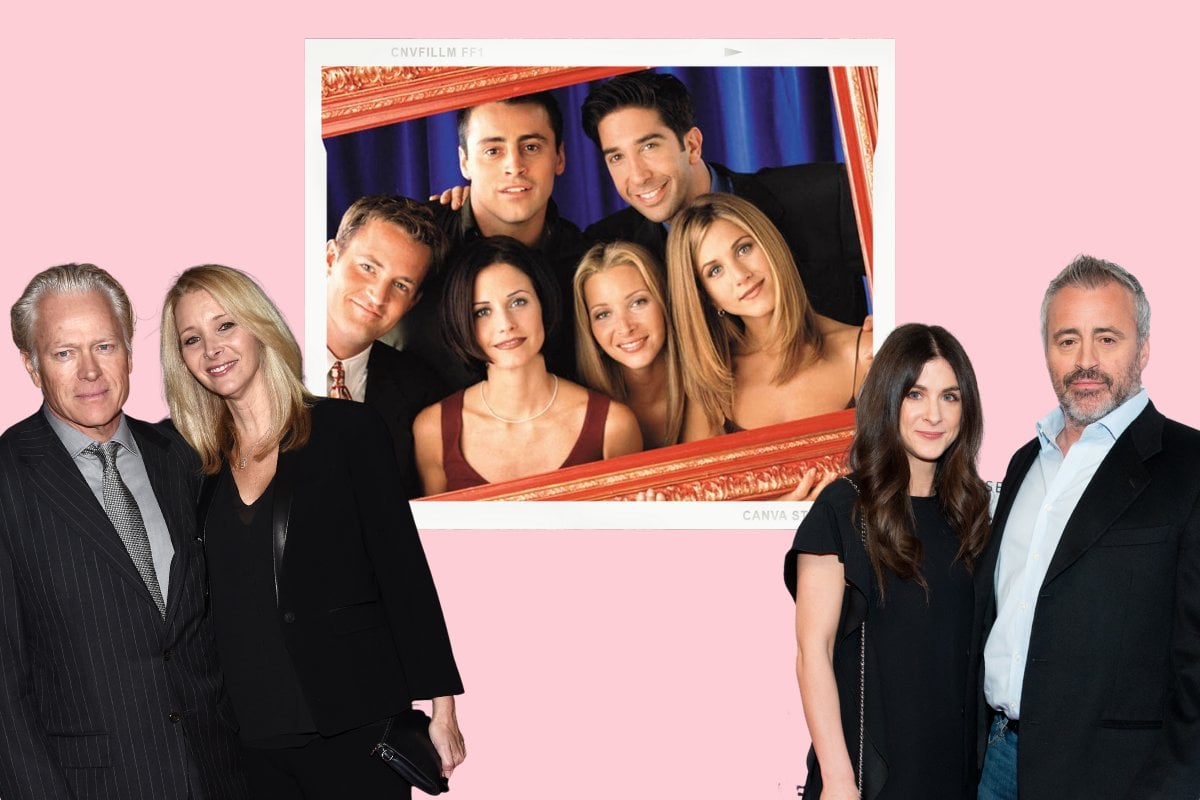 The Friends reunion aired last week and we seriously haven't been able to stop talking about it since.

Not only did we learn some brand new information - like David Schwimmer didn't get along too well with Marcel the monkey - we also found out that Ross and Rachel had a crush on each other in real-life. And OH. MY. GOD. someone make this happen.

"In the first season we… I had a major crush on Jen," said Schwimmer, before Aniston added that it was "reciprocated".

At this stage, it looks like both Schwimmer and Aniston might both be single. So a possible Ross and Rachel reunion might be on the cards...

But in the meantime, while we keep our fingers (and toes) crossed, here's who the other Friends cast are currently dating.

Who is Matthew Perry dating?

Less than a week after the Friends reunion, Matthew Perry has announced his split from his 29-year-old fiancée Molly Hurwtiz.

The 51-year-old confirmed the news in a statement to People, saying "Sometimes things just don't work out and this is one of them".

"I wish Molly the best."

The pair, who started dating in 2018, just got engaged in November last year.

"I decided to get engaged. Luckily, I happened to be dating the greatest woman on the face of the planet at this time," Perry told People.

The news comes after a TikTok user shared a very awkward video call she had with Matthew Perry after matching with him on the Raya, last month.

In the now-viral video, TikTok user @kittynichole shared footage of Perry flirting with her during a FaceTime call after they met on the exclusive dating app.

"When you match with Matthew Perry as a joke on a dating app and he FaceTimes you and plays 20 questions with you," she wrote at the start of the video, which appears to have been removed from her account.

It then cuts to a very cringey clip of Perry asking her "Do you always play with your hair this much?"

"Umm, I guess so, yeah," she replied, laughing. 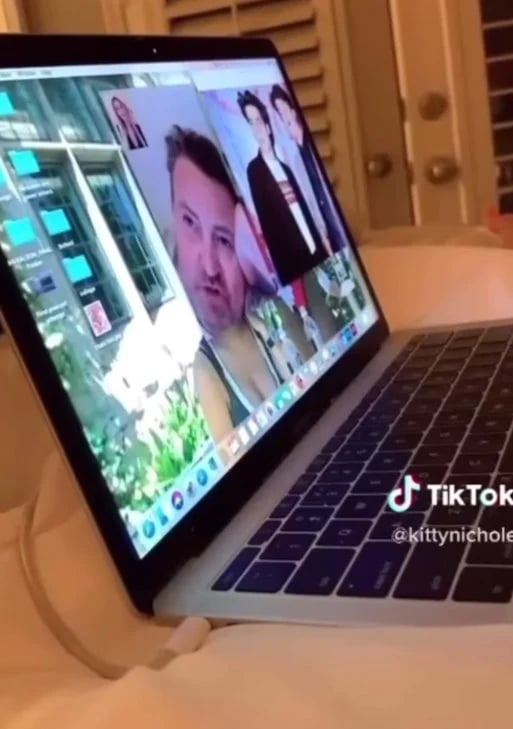 Who is Courteney Cox dating?

Courtney Cox met her ex-husband, David Arquette, on the set of Scream back in 1996. Arquette played her on-screen love interest, Dewey Riley.

Fun fact: After the couple married, the Friends producers listed Cox as "Courteney Cox Arquette" in the opening credits of the season six premiere. They also added "Arquette" to the rest of the cast member's names in honour of the married couple.

Alas, their marriage wasn't to be.

Cox and Arquette divorced in 2012 and the actress is now in a relationship with Snow Patrol musician Johnny McDaid. 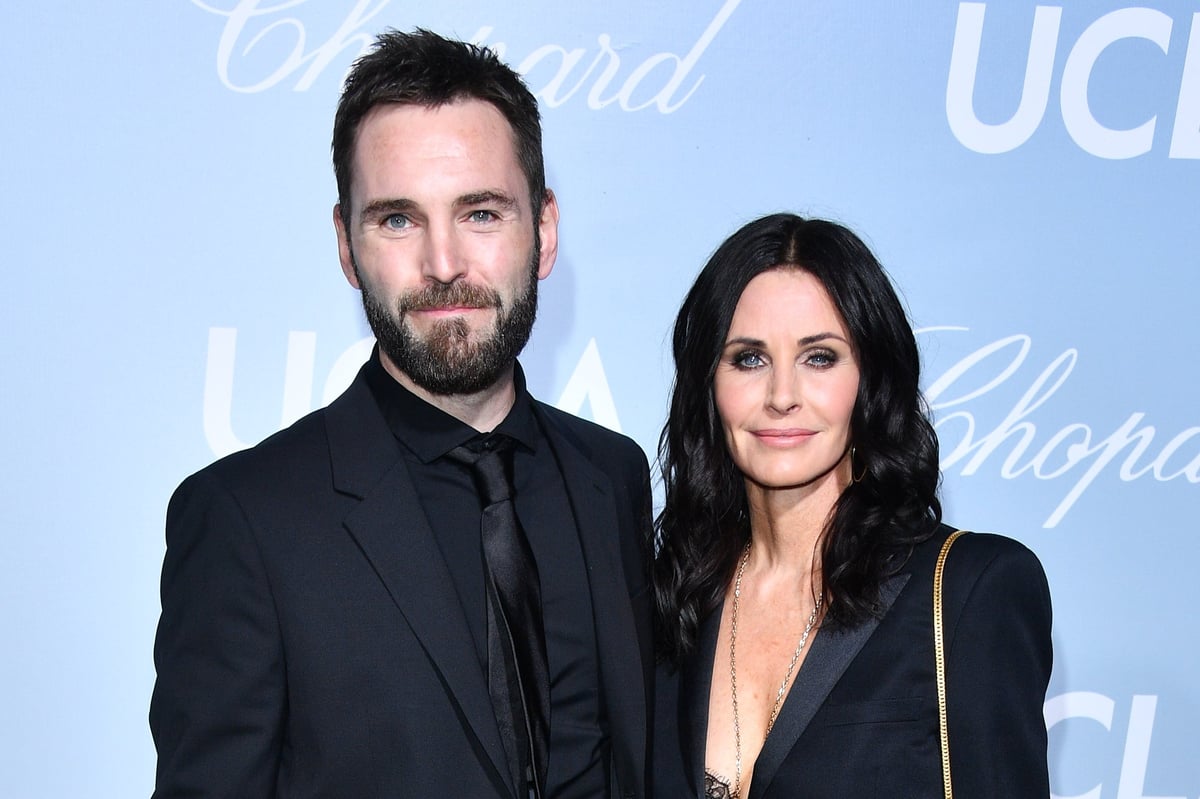 The couple got engaged six months into dating, but later called it off in 2015. The following year, they reunited and have been together ever since.

"7 years ago today I had my first date with this incredible man... and my life was changed forever. I love you J," Cox wrote on Instagram last year to celebrate the couple's seven-year anniversary.

Who is Jennifer Aniston dating?

During the filming of Friends, Jennifer Aniston dated actor Tate Donovan, who played her love-interest Joshua on six episodes of the show.

The couple later broke up and Aniston started dating Brad Pitt, who she married in 2000. And we all know what happened next...

After their split in 2005, Aniston eventually started dating Justin Theroux, who she married in 2015.

Unfortunately, it didn't last long, and in 2018 the pair called it quits. 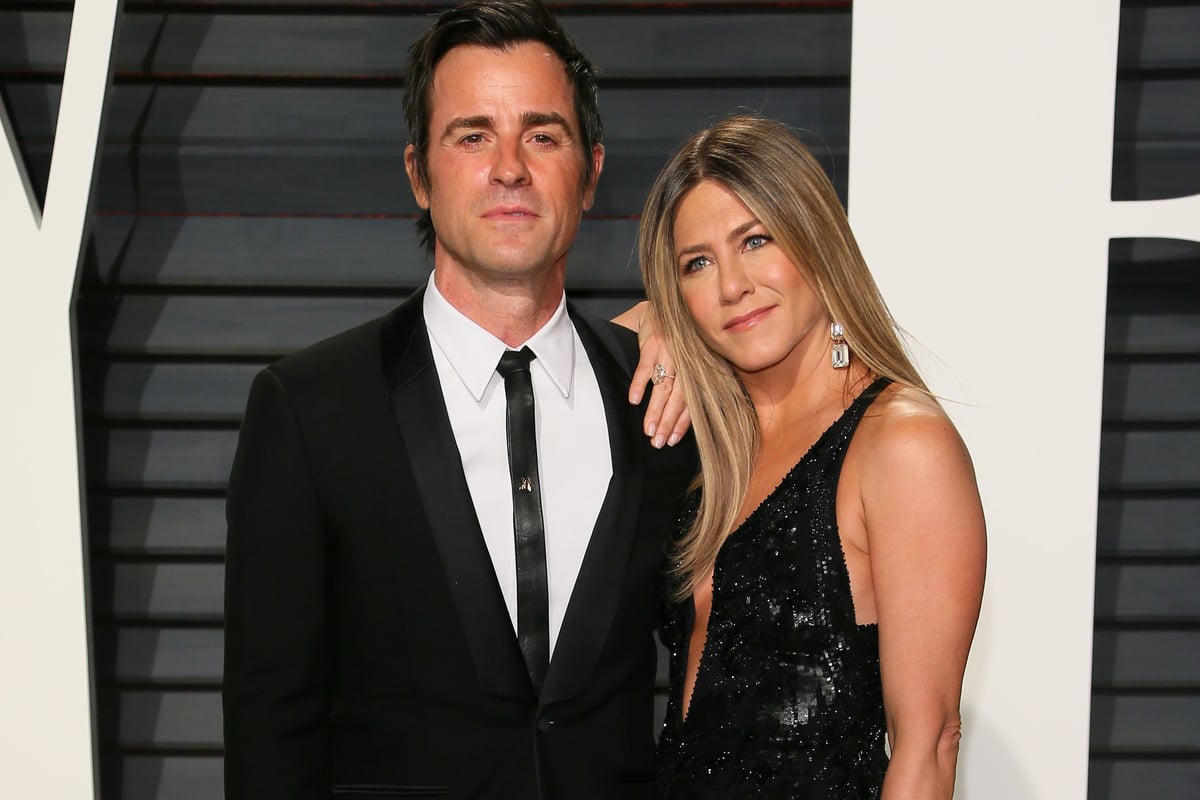 At this stage it looks like Aniston is currently single, which is very interesting considering she and Schwimmer admitted they had a crush on each other at the Friends reunion.

Who is David Schwimmer dating?

Although, the Daily Mail did spot him out and about with a mystery woman in New York this week.

The 54-year-old was previously married to British artist and photographer Zoë Buckman, who he met when in 2007 while he was directing the film Run in London. 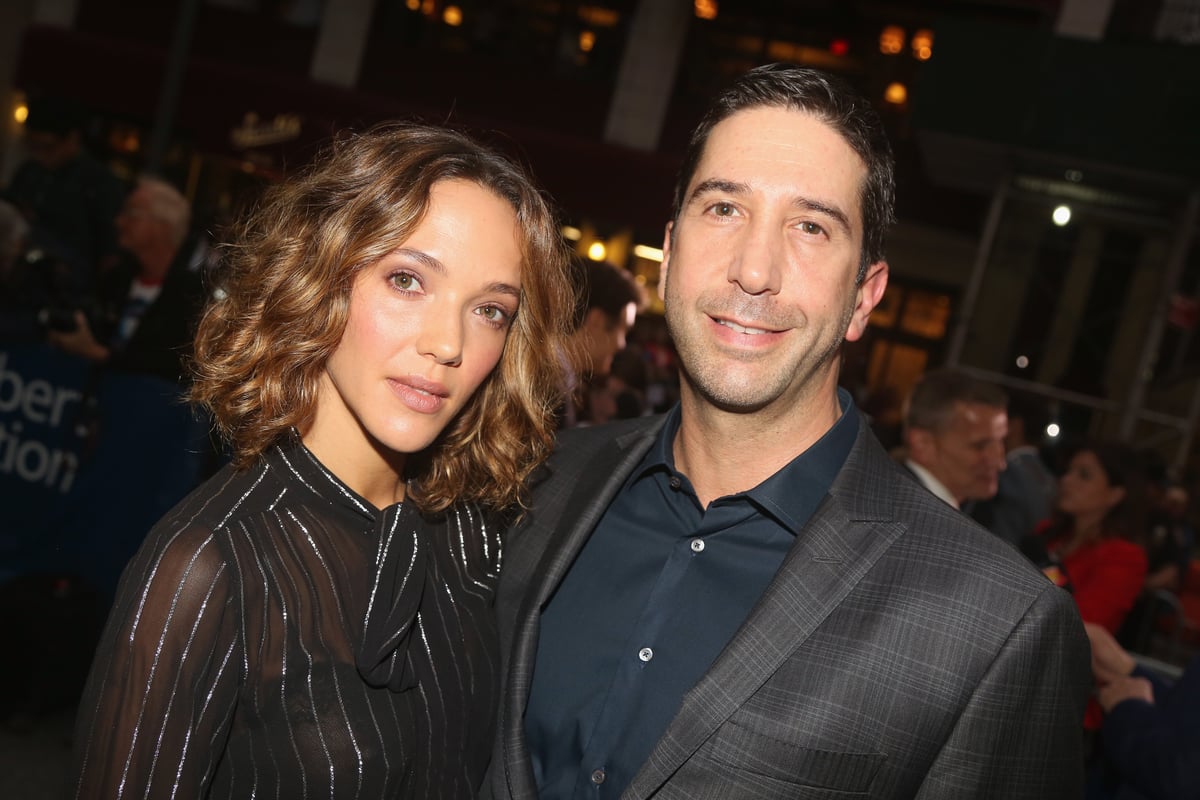 The pair wed three years later in 2010, before welcoming a daughter named Cleo.

Alas, after seven years of marriage they decided to split.

Who is Lisa Kudrow dating?

Lisa Kudrow met her 'lobster' quite early on in life.

The actress first laid eyes on her husband, Michel Stern, when he started dating her roommate back in 1987.

"Six years later I met him again at her [the roommate's] birthday party and we just never stopped."

The couple went on to marry in 1995 before welcoming their son, Julian, (who is now 23) three years later.

Interestingly, Kudrow's pregnancy was written into the fourth season of Friends when Phoebe was pregnant with her brother's triplets.

"When [Michel and I] decided to get married, we understood: We're not promising to love each other forever, because you can't do that, but we are promising to work on whatever problems come up," she told Glamour in 2014.

"[Marriage] is like being on a team. Each teammate is different, but you have the same goal." 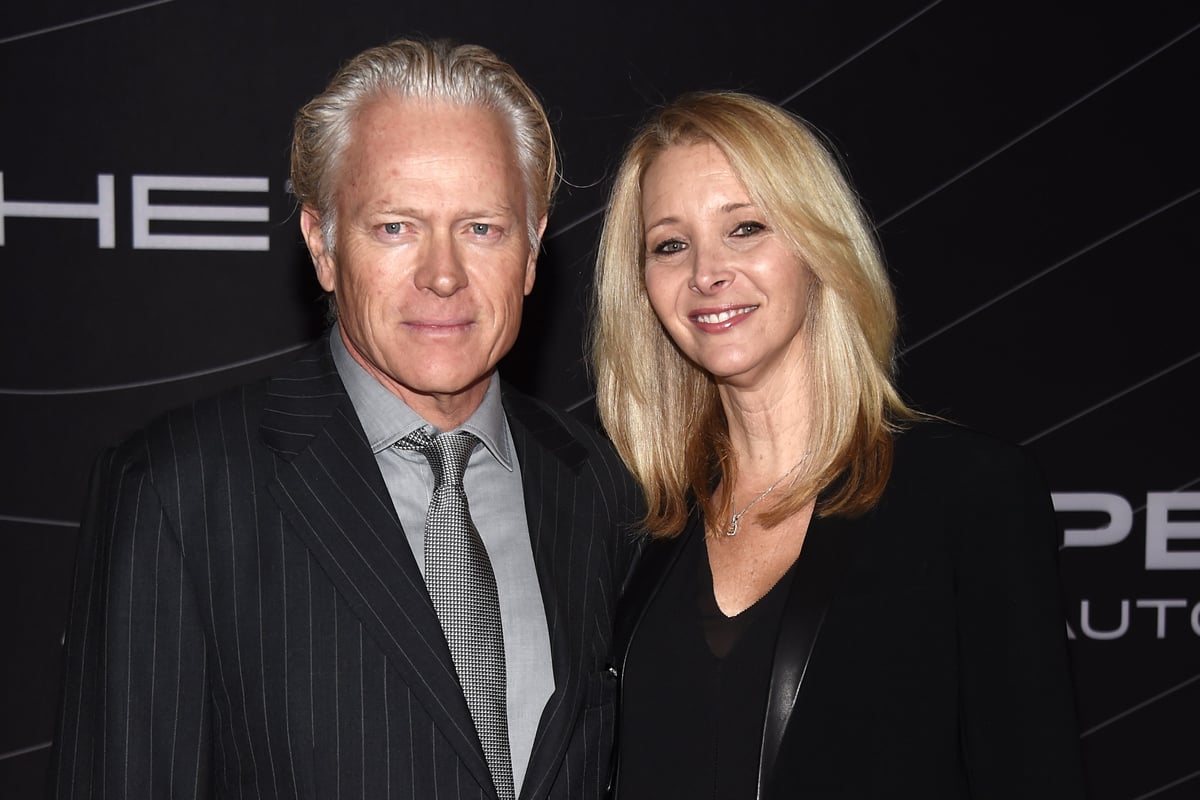 Just like his character on the show, Matt LeBlanc has dated a fair few people.

In 2003, he married model Melissa McKnight, before the couple welcomed their daughter, Marina Pearl, the following year.

But after three years of marriage the couple called it quits and divorced in 2006.

That same year, LeBlanc moved on with actress Andrea Anders, who he met the set of his Friends spinoff series Joey.

However, their relationship didn't last long, and they split in 2015.

The 53-year-old is now dating Top Gear producer Aurora Mulligan, who is reportedly 17 years younger than him. 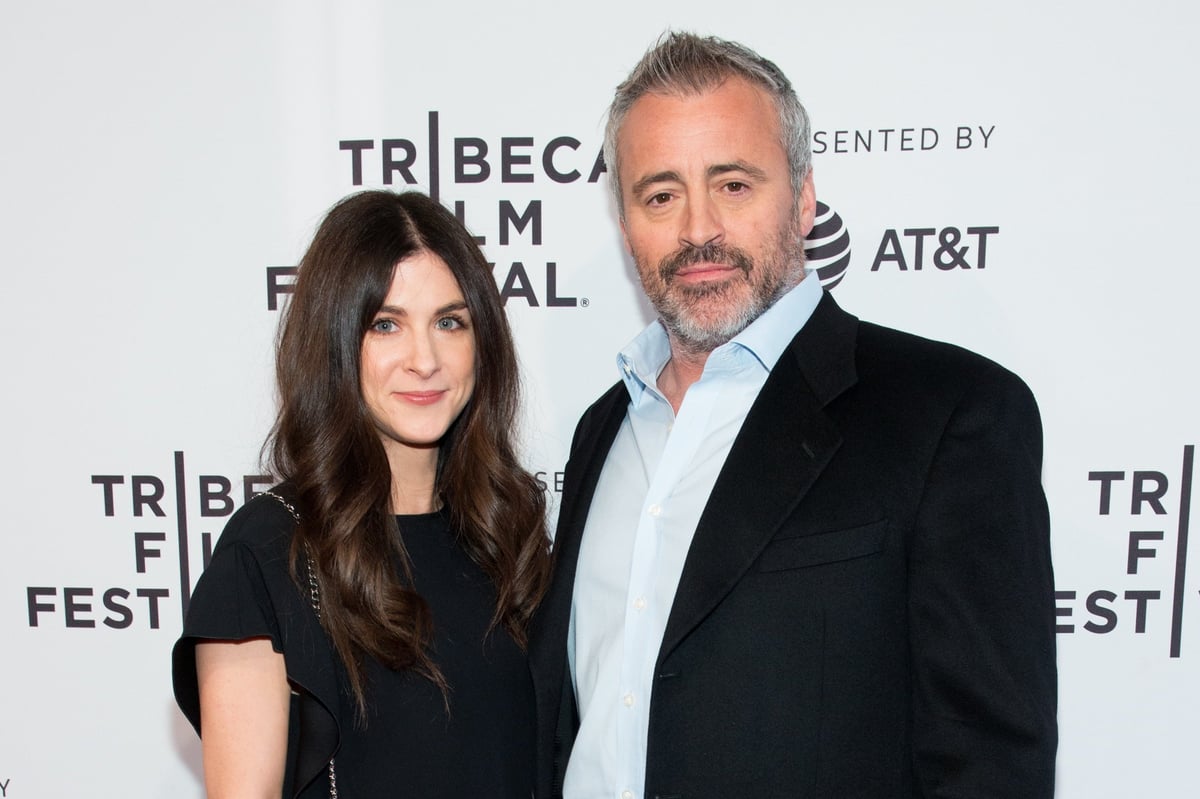