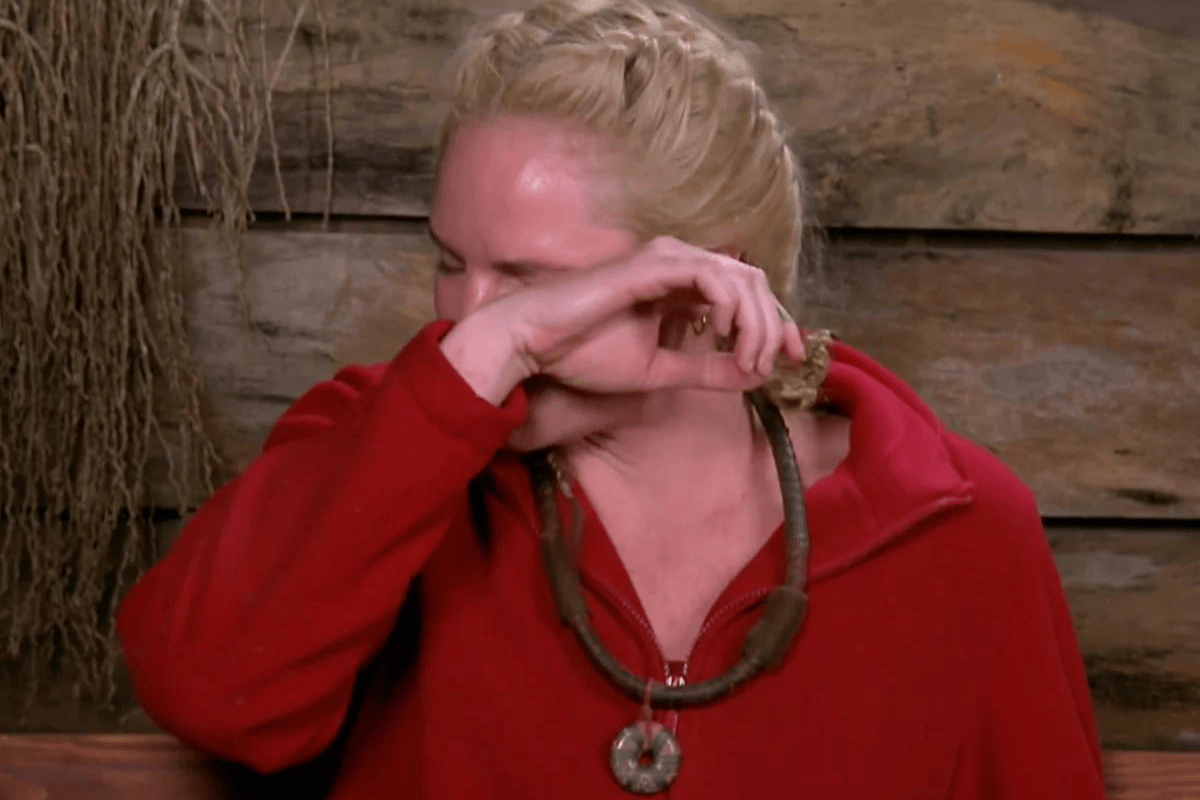 In 2021, we all saw the incredible Emily Seebohm in action in the pool during the Tokyo Olympic Games.

Currently, Emily is one of the celebs on I'm A Celebrity... Get Me Out Of Here!

And on the show, the Olympian has opened up about her struggles with an eating disorder.

Emily Seebohm speaks on I'm A Celebrity... Post continues below.

In 2018, Emily went through a very public break-up.

Emily and her former partner, fellow swimmer Mitch Larkin, were seen as the golden couple of Australian swimming: it was a split very few saw coming. But they soon became embroiled in scandal when claims Mitch had cheated on her arose.

On I'm A Celebrity on Wednesday night, Emily's fellow campmate, former Married At First Sight star Davina Rankin, asked the Olympian if she had ever experienced the hardship of private matters being made far too public.

"There was a little bit of s**t when I broke up with my two exes," Emily said. "My swimmer partner, I worked out he was cheating. Then he denied it hardcore," she claimed.

As for how Emily discovered the alleged cheating, she shared with Davina that she "saw messages. I had a gut feeling and then I looked at his phone and it blew my mind."

Mumma Emily back yet again to share with us some wise words. #ImACelebrityAU pic.twitter.com/IpY5UGwImP

Emily says she discovered a message exchange between her then-boyfriend and training partner Abbey Harkin. A day later, Emily announced their breakup via Instagram.

Mitch Larkin has denied the allegations. "I did not cheat. I absolutely did not cheat," he told the Courier-Mail in 2018.

The reason for the break-up, Mitch says, was that he had begun to feel "drained".

"I said, 'This isn't good, this isn't what a relationship should be, it's quite draining'. I came back from a training camp in Thailand and ended it. She was really emotional at the time and whether she had seen the conversation (on the phone) and jumped to conclusions," he said during the interview. 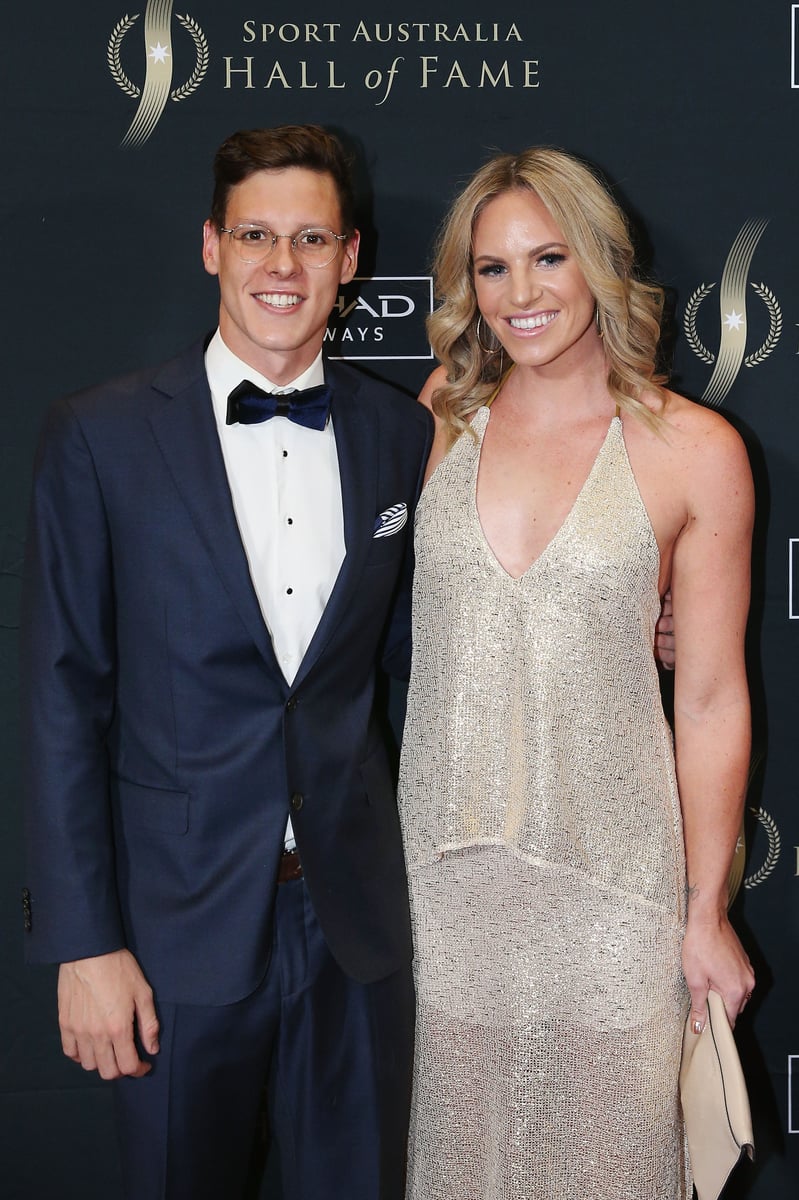 After discovering the text messages, Emily announced their breakup via Instagram. "I was stupid. I made it public because I posted stuff. I was so angry," she shared on Wednesday night.

A falling out between the former couple meant they had to engage with lawyers in order to communicate and settle shared assets.

"We had a house, so we had to have mediation: it was like going through a divorce," Emily said.

Speaking to Courier Mail at the time of the break-up, Emily said: "I just want to get on with my life, move on and want nothing to do with him and that is the best outcome. I feel stronger than ever and ready to put all this behind us and move on with my life."

But behind the scenes, she was struggling.

"That experience started me on this really horrible pattern: seeing how long I could go without eating food, over-exercising, have a glass of milk for dinner. It was pretty full-on," she shared on I'm A Celebrity last night. 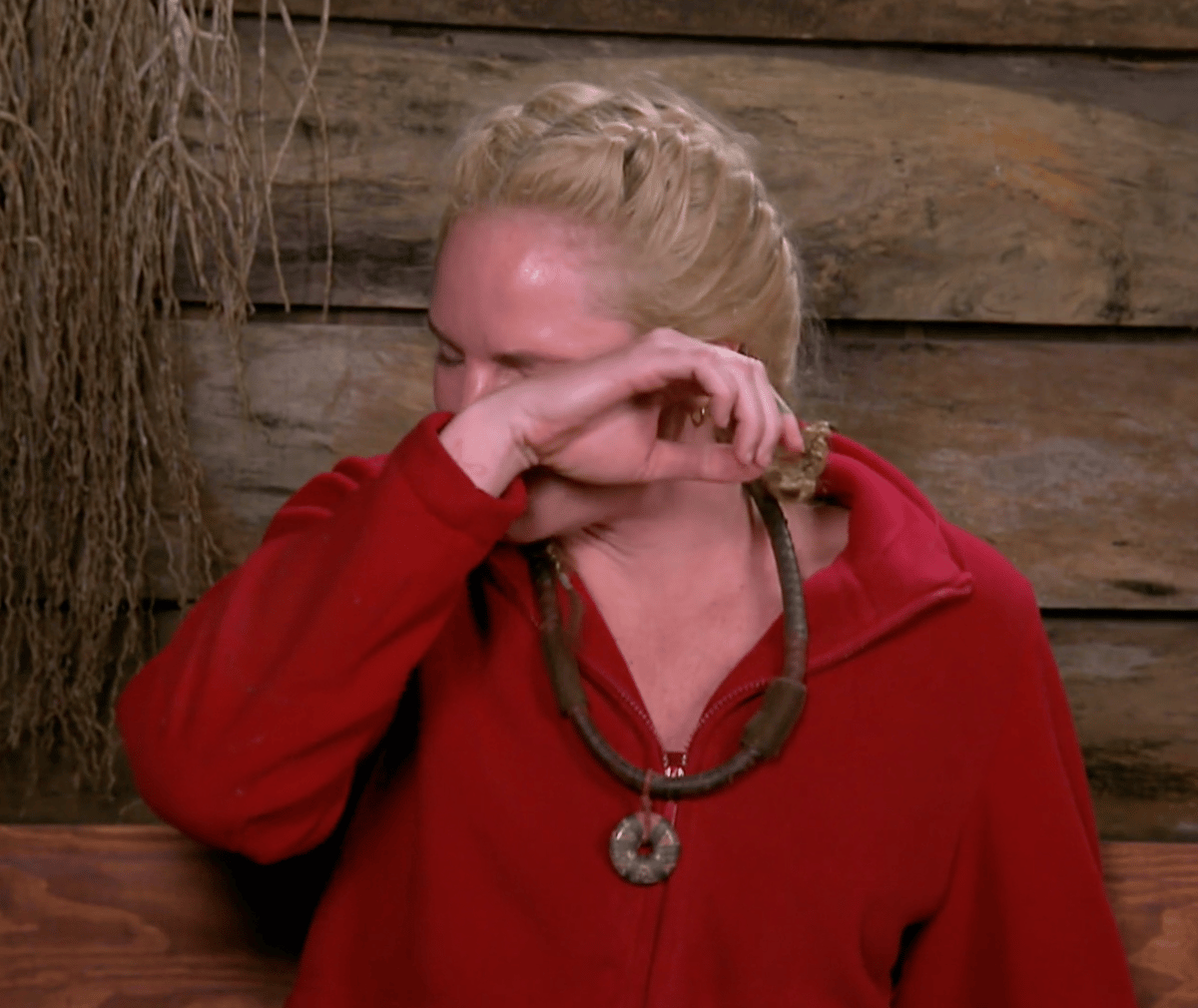 Image: Network 10. And while in the depths of her eating disorder, people would "come up to me and say, 'Oh my goodness, you look fantastic what have you been doing?' That fueled the pattern." The Olympian also lost her period for over a year, "because of the malnourishment".

This is not the first time Emily has been candid about her experience.

At the start of 2021, she opened up about her eating disorder via Instagram, in a bid to make others feel less alone in their own struggles.

On Instagram, she wrote: "For over two years I’ve been dealing with an eating disorder. I've binged, purged and taken laxatives. I’ve counted calories, skipped meals and constantly weighed myself. I've been embarrassed to be in my togs. I have judged my body every time I have been in front of a mirror. I've been told that the only way I can swim faster is by losing weight and I have believed it."

Praising the work of Butterfly Foundation, Emily also got a butterfly tattoo as a way to reminder herself "that I can do this!"

She continued: "To give my body the love it deserves, I needed to be honest to everyone including myself. I’m not asking for anything but hoping that I can help someone who could be feeling the same."

Sadly, 75 per cent of Aussies living with an eating disorder do not seek professional help due to stigma, stereotyping and a belief they do not fit the mould of how an eating disorder 'should' look, according to Butterly Foundation.

Ninety per cent of Aussies are also not confident they could recognise the signs or symptoms of an eating disorder.

Eating disorders can impact anyone: all genders, young and old people, those from different cultural backgrounds, the LGBTIQA+ community and yes, also athletes.

"Prevailing stereotypes like 'eating disorders only affect young girls' or that they are a character flaw and people could just stop if they wanted to, are extremely harmful. It needs to be made very clear that eating disorders do not have a specific look, nor do they discriminate. Anyone can experience an eating disorder," says Head of Communications & Engagement at Butterfly Foundation, Melissa Wilton.

When asked by her camp mates what her relationship with food is like now, Emily acknowledged that she has come a long way, but there are still moments of guilt.

"I feel pretty good, but then there are days where I feel guilty still. For a while I used to go to training and cry because I felt so uncomfortable in my togs. You just don't feel like you're in your body."

Going to swim meets, Emily said she felt extremely self-conscious about her body, saying to herself "you're the biggest person here, you're never going to make it".

In 2019, Emily missed out on selection for the world swimming titles in South Korea. She puts the loss down to her lack of self-confidence and the impact of her eating disorder.

"I think it was because I just had no confidence in myself. I had lost everything. It was the first time I told my parents."

For Emily, seeing a dietician was her turning point. "It's the best thing I ever did."

It was a big decision for Emily to share her story on such a major platform like I'm A Celebrity... noting: "I don't think I've ever said it to so many people before. Sometimes I'm not the best with being open with people and letting them know I'm struggling."

As she pointed out: "I think as an athlete, you never want to seem like a weak person."

After hearing Emily's story, Beau Ryan said: "I think about my daughter: to look at someone like Emily, there is so much strength in that.

"She has inspired so many people with her actions in the pool, but I think she's just getting started in what she's meant to be doing and her purpose. To see her being so vulnerable, there's power in that and it was really moving."

Reflecting on the impact of sharing her experience, Emily said she has received multiple messages from girls saying "It's so nice to hear from you: I feel like I'm not alone."