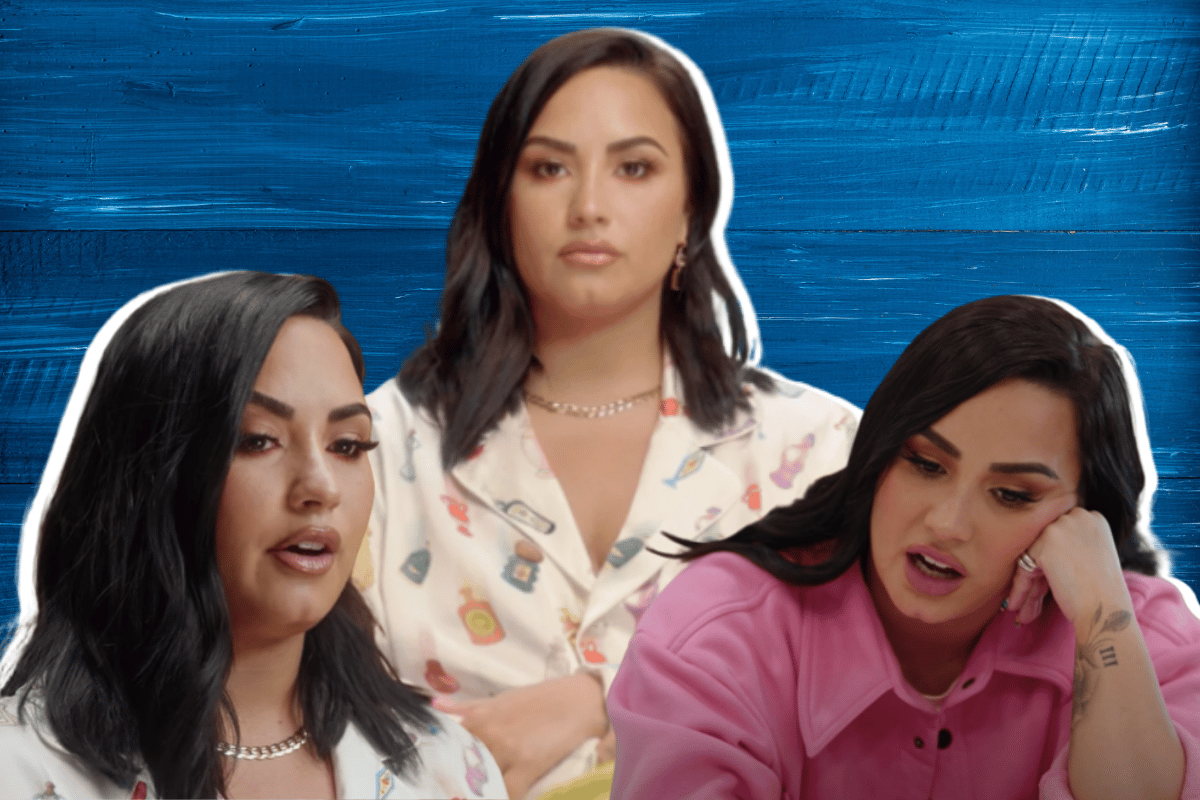 Demi Lovato is not holding anything back anymore.

The 28-year-old singer is opening up about her personal struggles and path to recovery in her new YouTube documentary, Demi Lovato: Dancing with the Devil.

The four-part documentary pulls back the curtain and gives us "unprecedented access" into the singer's life including her 2018 drug overdose, shocking sexual assault and eating disorder.

"I’ve had so much to say over the past two years, wanting to set the record straight about what it was that happened," Demi says in the trailer.

Watch the trailer for Demi Lovato: Dancing with the Devil. Post continues below.

The first two episodes of the documentary have already dropped on YouTube Originals on March 23 and the following two episodes are expected to be released weekly.

What happened on the night of Demi Lovato's drug overdose.

One of the biggest revelations to come out of Dancing with the Devil, was the circumstances surrounding Demi's 2018 drug overdose.

For the first time, we were told exactly how the events unfolded that night and just how close the 28-year-old came to death.

"I actually don't think people realise how bad it actually was," she says in the documentary.

"I met up with some friends, we went to several different bars and around 5:30 in the morning I said I was going to bed but the reality was that I had called one of my dealers over," she explained.

"None of my friends knew what I was using, so I kept it very hidden from everyone. That was one thing that I was very good at... hiding the fact that I was addicted to crack and heroin."

The next morning, Demi's assistant, Jordan Jackson, went over to her house because Demi had a doctor's appointment that she needed to wake her for.

"I open the [bedroom] door really slowly and it was really dark and cold in her room... honestly, I thought she was just drunk or hungover so I kind of started to nudge her a little bit like 'hey let's get up now', like 'it's time to go'. She wasn't really moving, she was like drooling.

Jordan then called her head of security, Max Lea, who told security to go into Demi's room and see what's going on.

"She was propped up, vomit everywhere, but she was on her back which isn't good. So I told him put her on her side, clear her throat and I'm on my way," said Max.

Jordan said she later "sneaked down stairs" and called 911, "because I didn't want to get in trouble for calling".

The ambulance arrived at the scene and later took Demi to hospital.

"There was one point where she turned blue, like her whole body turned blue and I was just like she's dead for sure... it was the craziest thing I've ever seen," said Jordan.

Demi was later told that she was just minutes away from death.

"I had three strokes. I had a heart attack. I suffered brain damage from the strokes. I can't drive anymore. And I have blind spots in my vision so sometimes when I go to pour a glass of water, I'll totally miss the cup because I can't see it," said Demi.

"I also had pneumonia because I asphyxiated and had multiple organ failure... I'm really lucky to be alive. My doctors said that, like, I had five to 10 more minutes. And had my assistant not come in, I wouldn't be here today."

In 2018, Demi celebrated six years of being sober.

"This is a special day, six years sober," DJ Khaled said at one of her concerts.

However, just one month later, she had relapsed on drugs and alcohol.

Demi shared a moment at a photoshoot where she thought to herself "I don't even know why I'm sober anymore".

"I picked up a bottle of red wine that night and it wasn't even 30 minutes before I called someone that I knew had drugs on them."

"I'm surprised I didn't OD that night," she added.

She eventually ended up at a party where she ran into her old drug dealer and "went on a shopping spree".

"That night I did drugs that I'd never done before. I tried meth. I mixed it with molly, with coke, weed, alcohol, oxycodone. And that alone should have killed me."

She later went on a trip to Bali, where she realised she became "physically dependent" on drugs. It was on that trip, that she also wrote her song 'Sober'.

Demi then went on tour in Europe and "stayed clean, kind of," but was "drinking a lot." But when she got back home to LA, she "picked up where [she] had left off and I was very heavily using".

In the second episode of documentary, Demi shared that she was sexually assaulted on the night of her overdose.

"What people don't realise about that night for me was that I didn't just overdose, I also was taken advantage of," she explained.

"I've had my fair share of sexual trauma throughout childhood, teenage years and when they found me, I was naked, I was blue. I was literally left for dead after he took advantage of me, and when I woke up in the hospital, they asked if I had consensual sex."

"There was one flash that I had of him on top of me. I saw that flash, and I said yes. It actually wasn’t until maybe a month after my overdose that I realised, "Hey, you weren’t in any state of mind to make a consensual decision.'"

Demi explained that her self-esteem was "completely damaged" from beauty pageants that she competed in as a child.

"If you look at my family history, my mum has dealt with substances and an eating disorder so I didn't know any different. Then I was put in beauty pageants where it's extremely competitive and it's all about your looks and your talent."

"I remember actually making a pact with myself saying if I don't win this agent then I will never eat again".

Listen to The Spill, where hosts Laura Brodnik and Kee Reece discuss the Demi Lovato moment we were never meant to see. Post continues after the podcast.

Demi's friend, Matthew also shared that the people around her had to be careful what they ate when they were with her.

"I started relapsing in my eating disorder -  I was already relapsing in it with over exercising and extreme dieting and I also had people around me that were really policing my food intake and the things that I was eating so I was miserable and I like snapped."

She also spoke about the pressure placed on women in the public eye to look a certain way, in a clip from her unreleased 2018 documentary.

"There's just so much pressure as a female in the industry to look a certain way and dress a certain way. And that s**t is the stuff that I used to look up to, that s**t's really triggering."

Demi Lovato's pressure to be a role model and the "poster child of perfection".

Demi also opened up on the pressure she's felt to be a role model for her fans.

"I look at my fans as like family but because I've been so open and honest with things that I dealt with, I felt like I had to be this perfect role model," she says in a clip form her unreleased 2018 documentary.

Her sister, Dallas, also weighed in on the expectations Demi had to live up to.

"It was hammered into her head you have to be sober, you have to be this icon, this role model, that my sister never claimed to want to be in the first place," said her sister, Dallas Lovato.

One of Demi's friends added, "I think that to be the poster child of perfection and mental health and all these kind of things is such a dangerous slippery slope."

The death of Demi Lovato's dad and their complicated relationship.

The singer touched on her relationship with her late father, Patrick Lovato, who also struggled with addiction.

"We had an estranged relationship, so we weren't close and growing up my whole life I longed for that relationship with him and then I resented him because he was an addict and an alcoholic and was abusive to my mum," she said.

"I cut him out because I feel like it was causing more harm than good to have in my life".

Demi went on to say that the circumstances surrounding her dad's death are "complicated" because she doesn't know the exact day he died from an overdose in 2013.

"All we know was that by the time he was found, his body was too decomposed to have an open casket."

"He had been lying there for about a week and a half before anybody found him and during that was Father's day. So every summer now that rolls around I spend it kind of thinking was today the day that my dad died? Was it tomorrow?"

We were also shown a clip of Demi speaking about her dad at a concert.

But while her and her dad both had their struggles, there is one big difference between the pair.

"She was where her father was but she got through it," said her best friend, Matthew.