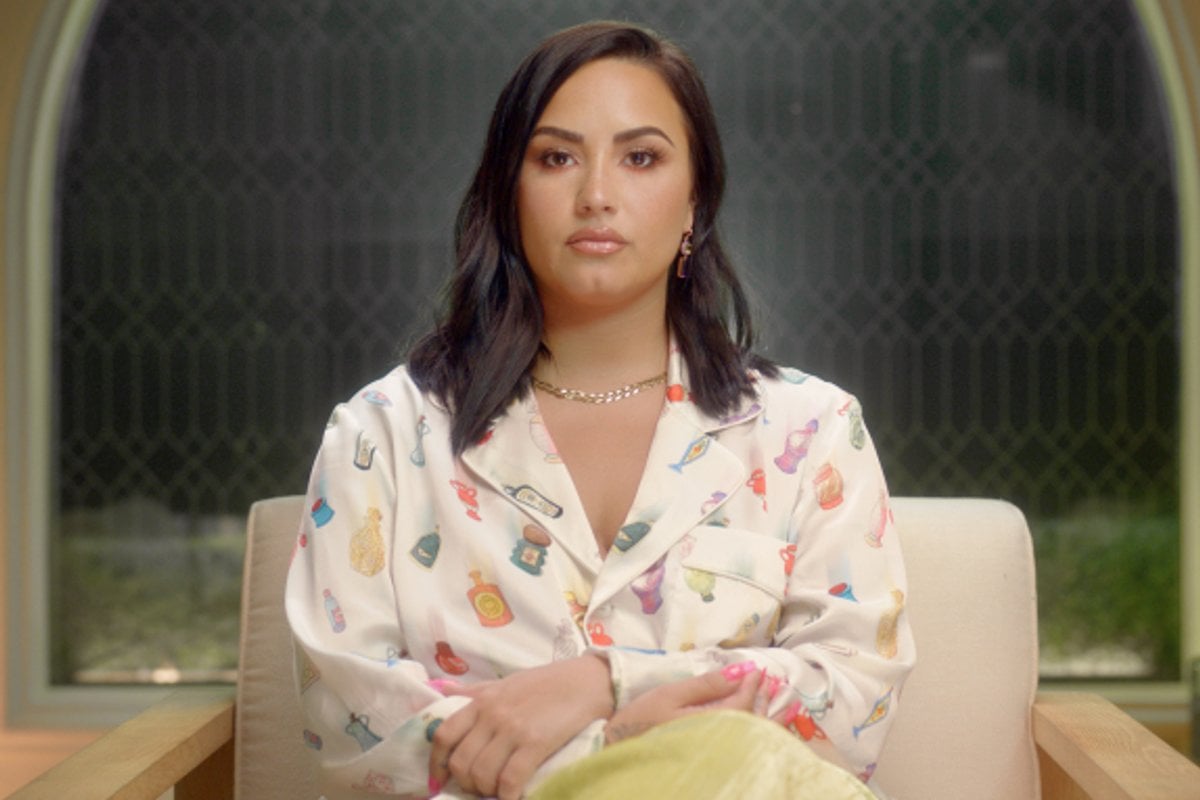 This post deals with rape, drug abuse and disordered eating and might be triggering for some readers.

Demi Lovato is baring all for her new documentary, Dancing With The Devil.

And why? Because it seems the last two docos - despite tackling addiction, heartbreak and disordered eating - were simply scratching the surface.

In new clips released of the documentary, Lovato, 28, talks about her 2018 heroin overdose, and explains that she was raped while she was high on drugs.

Watch the trailer for Demi Lovato's Dancing With The Devil documentary. Post continues after video.

“When they found me, I was naked, I was blue. I was literally left for dead after he took advantage of me, and when I woke up in the hospital, they asked if I had consensual sex,” Lovato said.

“There was one flash that I had of him on top of me. I saw that flash, and I said yes. It actually wasn’t until maybe a month after my overdose that I realised, ‘Hey, you weren’t in any state of mind to make a consensual decision.'”

Lovato doesn't say whether she has taken legal action against her alleged perpetrator, but she also shared how this isn't the first time this has happened to her.

In fact, when she was 15 years old, she was raped.

“I lost my virginity in a rape,” she said.

“We were hooking up but I said, ‘Hey, this is not going any further, I’m a virgin and I don’t want to lose it this way.’ And that didn’t matter to them, they did it anyways. And I internalised it and I told myself it was my fault, because I still went in the room with him, I still hooked up with him.” 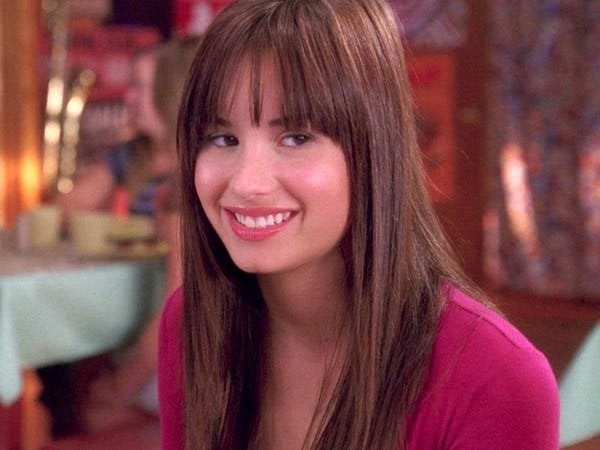 Lovato's breakout role was in the hit Disney movie Camp Rock, at the age of 15.

She did not identify the person, nor where or when the assault occurred. However, she explains that there were no ramifications for the alleged perpetrator.

“And, you know what, f**k it, I’m just gonna say it: my #MeToo story is me telling somebody that someone did this to me and they never got in trouble for it. They never got taken out of the movie they were in.”

Lovato also shares that the pressure to maintain an image of purity (which was encouraged by the Disney Channel, her employer at that time) contributed to her battle with bulimia and self-harm and made it much, much harder to recognise her first sexual experience as rape.

"The Christian, Southern girl in me didn’t see it that way because sex was not normalised as a child or in the south," she said. "I was part of that Disney crowd that publicly said they were waiting till marriage ... and then I had to see that person all the time, and so I stopped eating and coped in other ways — cutting, throwing up, whatever. My bulimia got so bad that I started throwing up blood for the first time.”

Demi Lovato's Dancing With The Devil documentary, where these conversations will no doubt be elaborated on, is set to premiere on YouTube on March 24, 2021.