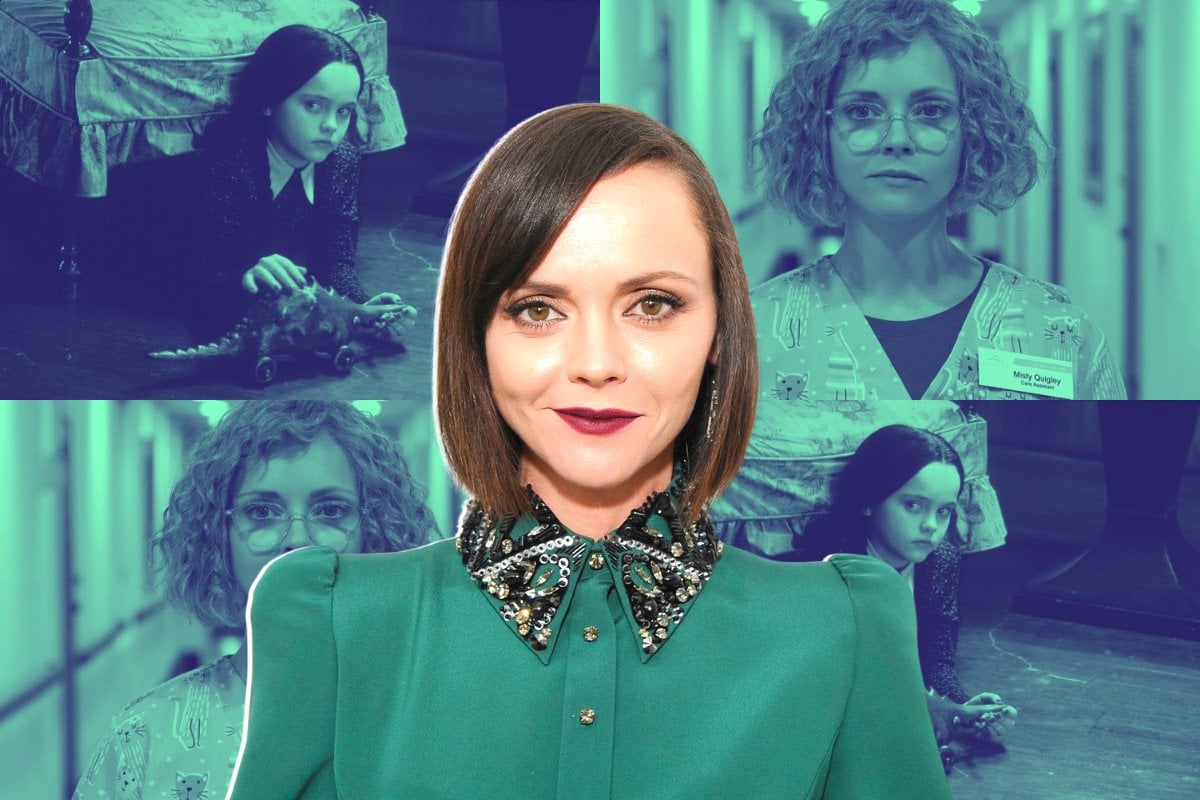 It's been 30 years, but the words 'Addams Family' still conjure up the image of a 10-year-old Christina Ricci, with a furrowed brow and long, black plaits.

Ricci has been a constant in Hollywood throughout the decades since that cult-classic 1991 film, and its 1993 sequel, but Wednesday Addams is still perhaps the 41-year-old's best known acting credit.

Ricci was one of the most recognisable child stars of the 90s, moving from The Addams Family to Casper, multiple collaborations with Johnny Depp and a Golden Globe nomination for The Opposite of Sex.

Like so many child stars before (and after) her, as Ricci aged, her transition into adult roles was a fraught one. Ricci has carved an undeniable niche - so much so, the second line of her Wikipedia page describes her as "known for playing unconventional characters with a dark edge" - but speaking to the Los Angeles Times in January 2022, Ricci said she had struggled with this pigeonholing while moving into young adulthood.

"I've done this my whole life, so there's nothing else I'm really going to do. I've always felt that way," she said of acting.

"But there was definitely a period of time when I didn't fit into anything that was being made. I was constantly being asked or having to go and audition for rom-coms and the things that were available for actresses in my age range, and I didn't fit into any of them because, I don't know, I'm just a different kind of actress.

"It was a very tough period of time. Unfortunately, I didn't have the presence of mind that young women have right now. I tried very hard to change myself and make myself so that I would fit into those kinds of parts and movies, and it just never worked." 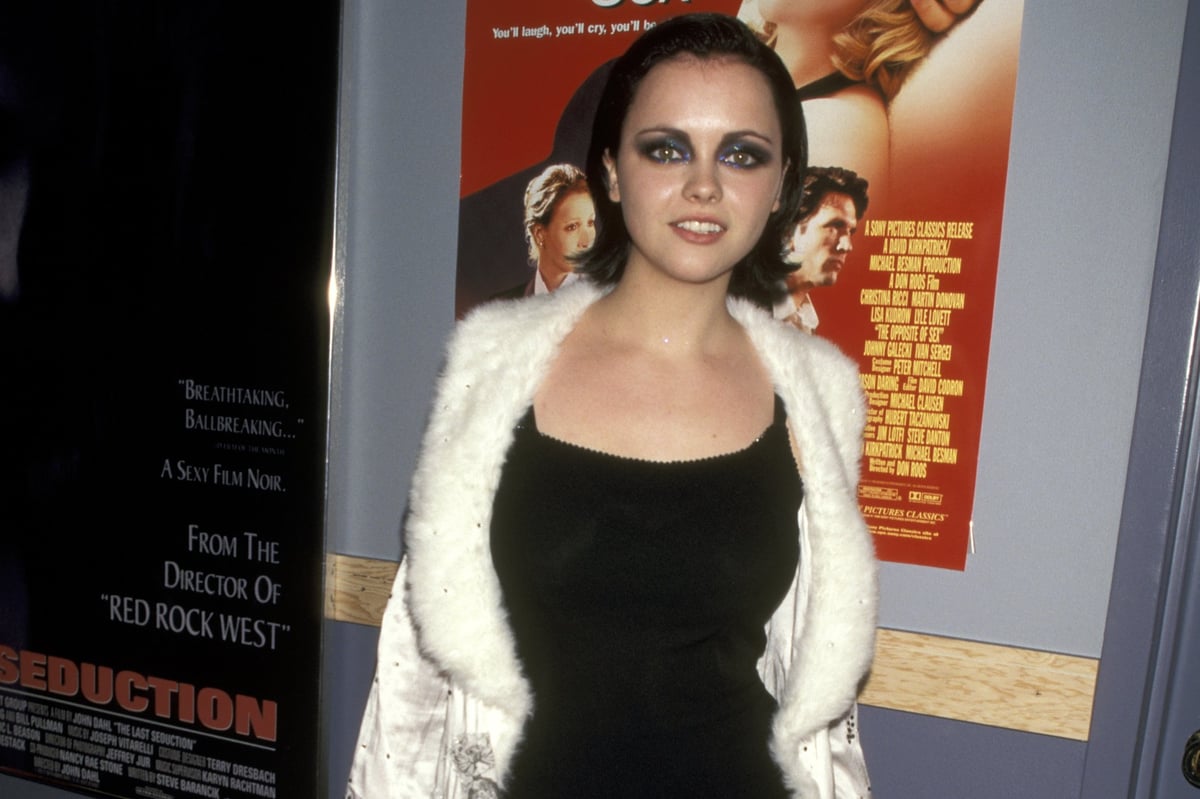 Ricci moved into more indie projects and edgier roles, including in The Ice Storm, Black Snake Moan and Monster. She often received rave reviews, but these projects didn't offer the same mainstream success of her first few roles.

During this period, Hollywood wasn't ready to tell the stories of alienated, angry and nonconformist women in the way it is now.

Ricci naturally fell into this niche. It wasn't her intention.

"It was never my goal to play edgy characters," she told InStyle in November 2021.

"If you'd asked me in my 20s who I wanted to be, I would have said Sarah Michelle Gellar. I auditioned for rom-coms a lot in the early 2000s, but I'm just not believable at saying 'I love you' on camera. I have different specialties, and you need to hire the right craftsman for the right job."

Even though this tension was happening in her career, Ricci's early roles were so well known that she could not just cease being famous. This had its own complications.

"I think when you become famous as an adult, you sort of decide who you are and who you want to be known as, but when you're growing up and you're famous, you don't have that ability or that objectivity. So for me it was very confusing being a young adult and being a celebrity," she told The AV Club in 2018. 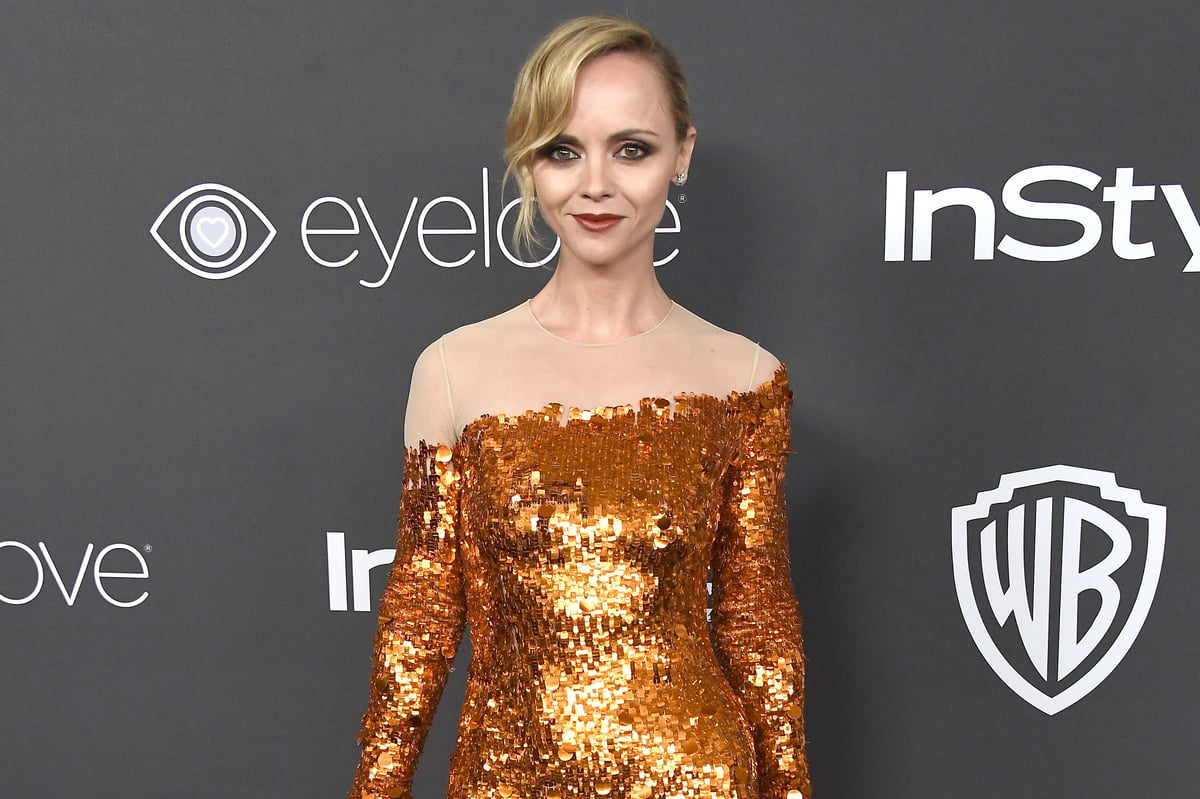 The following year she explained to IndieWire that with hindsight, she could recognise how she struggled to handle the notoriety.

"I had a very hard time with fame as a child, being interviewed and being asked about my life. I think that the way that I answered questions and the things I said earlier on were just, it was like somebody twisting in the wind. I was very reactive and aggressive and I acted out. No child should be held up for adults to criticise, question, interview, weigh in on."

Ricci has been a spokesperson for the Rape, Abuse & Incest National Network (RAINN) since she was a teenager.

Now a mother to two children, she told IndieWire in 2019 that work like that with RAINN has become more and more important to her over the years, especially as she reflected on what it was like to be a child star.

"I deserve to do work that I feel good about. I want to contribute to the world, I don't want to just take from it," she explained.

"I want to do things that I'm proud of instead of being exploited, as I feel I was when I was a child. I am now more in charge of myself and doing things because I understand more fully what life is supposed to be about."

Now, a Ricci renaissance is well and truly taking place.

Since November, she has starred as Misty in Yellowjackets, an instant cult classic TV series about four teenagers involved in a plane crash. 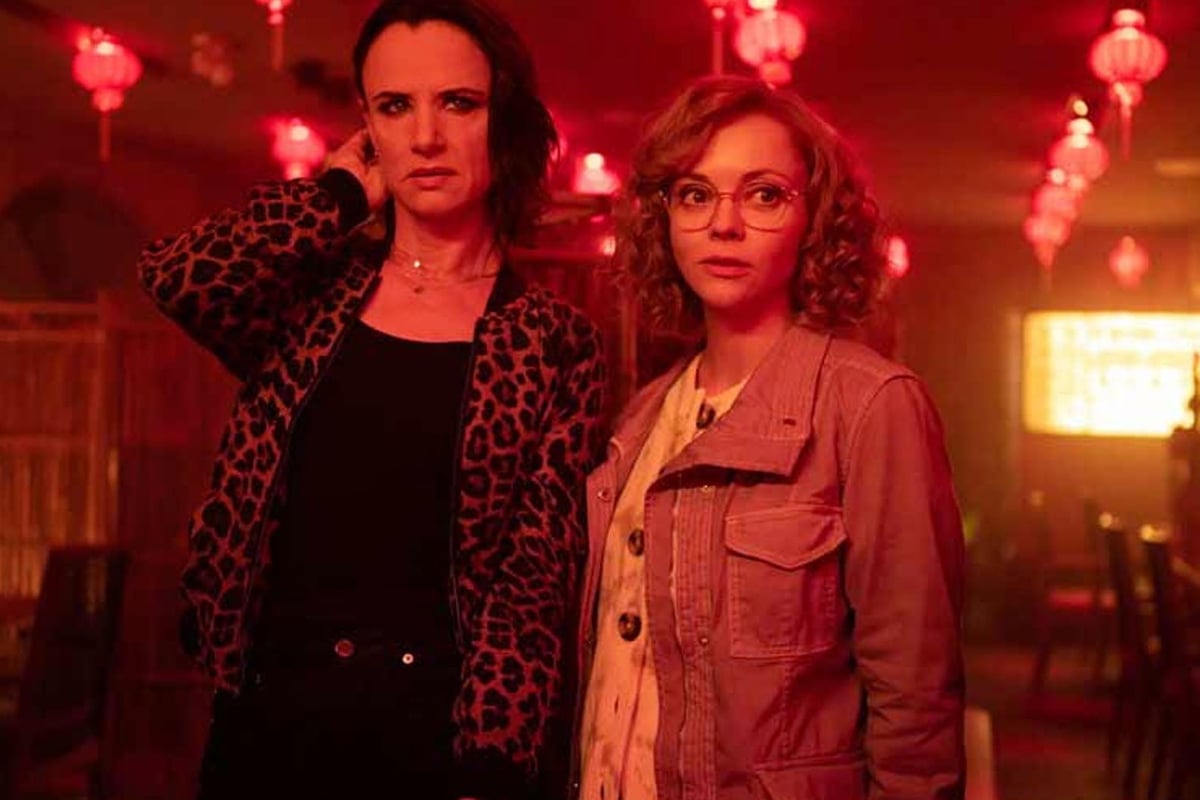 Her character is a complicated, awkward rage-fueled sociopath. Ricci knows these kinds of roles didn't exist when she was younger.

"We're very aware that we're getting to play more and more interesting characters because of the time where we are," she told the Los Angeles Times, referencing the rest of the series' cast.

"We have discussed the way that things have changed just in terms of being an actress — what you're allowed to request for yourself. A lot of the younger girls on this show are very much able to stand up for themselves and say, 'No, I won't do that. I don't want to do that. I don't like how I'm being treated.' And to witness that, having been their age on film sets, was sort of like, 'Oh, my God, this is amazing. So are we all allowed to do this?'

"It's so fun not to be hampered by all the traditional requirements that there used to be for female characters."

Long seen as a 10-year-old in black clothing and pigtails, the success of Yellowjackets may finally break that outdated image of Ricci in the public's mind.

And she finally feels ready for that.

"At 41, I finally feel like an adult, and it's incredible," Ricci told InStyle.

"Sometimes I think I would've been more confident had I been allowed to establish who I was for myself, without other people telling me who I should be. I was still very insecure in my thirties, but I'm much more comfortable in my forties."