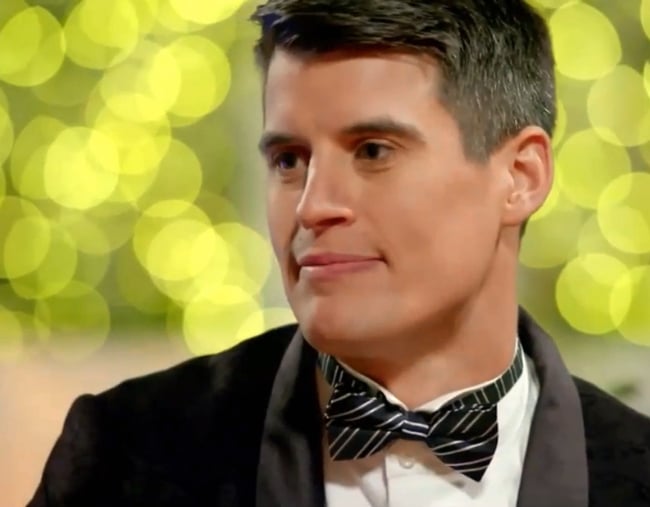 In the words of the dearly departed Honey Badger, wowee, Wednesday night’s premiere of The Bachelorette was a goodin’.

Aside from getting our first look at Ali Oetjen in the top spot, the first ep of The Bachelorette Australia had a bit of everything.

And this year, it also saw the introduction of the wild rose, a lovely plot twist conjured up by Osher, no doubt while he was waiting for Nick Cummins to sort out his feelings on The Bachelor.

To quickly recap, the wild rose symbolises an advantage awarded to the contestant that made the best impression on Ali during the first cocktail party. Once in possession of said rose, that man has the ability to hijack any single date, whenever he wants, to spend more time with Ali.

The lucky man to receive this privilege (and an incredibly awkward kiss) was Bill Goldsmith. Yes, the one whose opening conversation with Ali was turned into a transphobic nightmare.

But Bill, we have some bad news for you.

Rather than opening a door, that wild rose just signed the death warrant on yours and Ali’s non-existent relationship.

The first impression rose. The white rose. The double delight rose. And now, the wild rose.

We’ve seen this curse – which means the recipient of the special rose never ends up with the girl in the end – hit The Bachelorette time and time again.

In Sam Frost’s 2015 season of The Bachelorette, she gave the first impressions rose to Sasha Mielczarek.

But Sascha won?! you cry.

We unpack the best moments from Ali’s latest week in the mansion on our Bach Chat podcast. Post continues after audio.

True, but in this case, the first rose curse struck when the couple broke up in December 2016.

Next, Georgia Love gave the white rose to former Bachelorette contestant Courtney Dober in 2016. Sure, Courtney was charming at the first cocktail party, but he was ultimately sent home, not in a rose ceremony, but after a disastrous chat with Georgia in which she told him to jog on.

In 2017, Sophie Monk chose former Bachelorette and Bachelor in Paradise contestant Sam Cochrane as the recipient of the double delight rose. Not only did Sam not end up with Sophie, he went on to propose to former Bachelor contestant Tara Pavlovic, which then ended shortly after amid reports of emotional and physical abuse on both sides. You could say the double delight rose was a double whammy of sorts.

Thus, dear Bill, you have our condolences. Because you will not be winning The Bachelorette Australia 2018.

At least it was good while it lasted.

Bill is the real deal, and will make any girl proud and happy your crazy AO if you have not picked him and I am a good judge of relationship and characters

if she does not pick bill she is crazy, he is the only one who has said I need to see if she is right for me also...all the others are just frothing at the mouth desperate