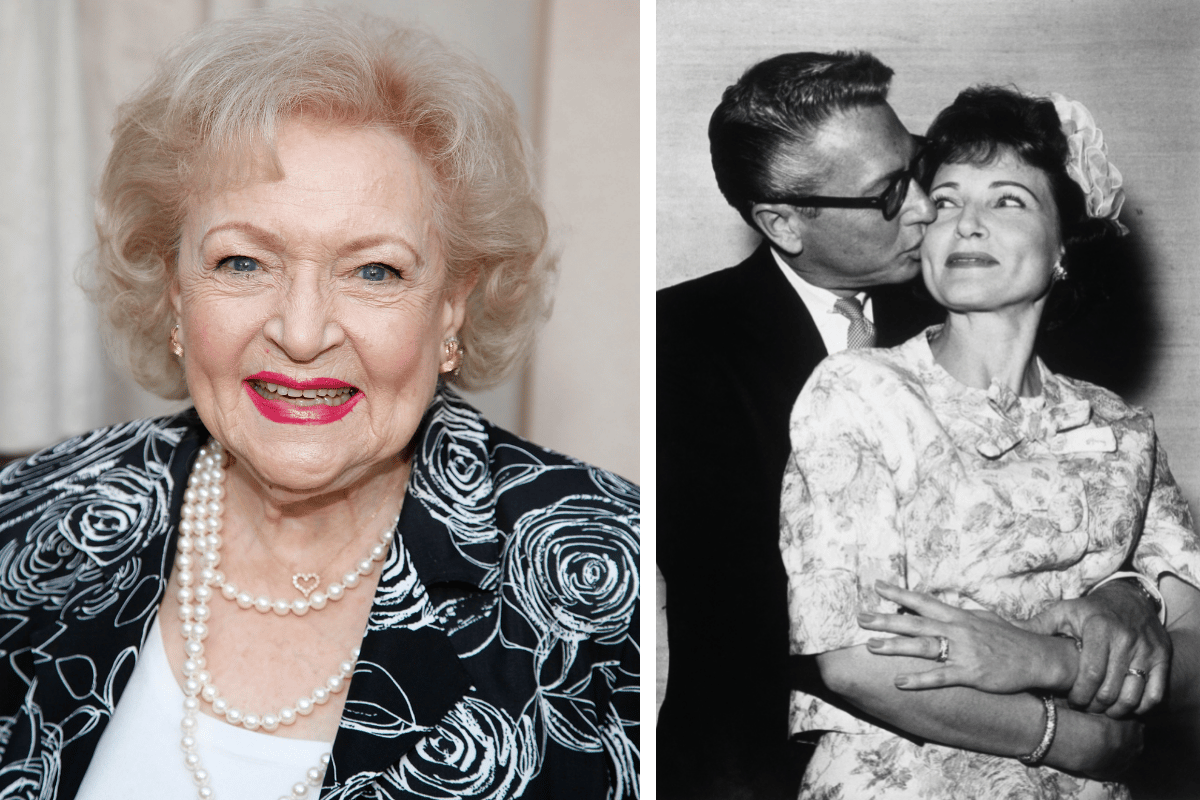 The charismatic and legendary Betty White passed away this week at the age of 99, less than three weeks before her 100th birthday.

The trailblazing TV star's career spanned eight decades, including her iconic and unforgettable roles in The Golden Girls and The Mary Tyler Moore Show.

But as she so perfectly put it in an interview, "in the middle of all that, was the greatest love of my life. I had 18 wonderful years with Allen Ludden."

Here we look back at Betty's "true love": her beloved late husband Allen.

Speaking about their meeting, Betty reflected: "The host was very charming and very attractive."

My First Memories of Betty White's Gift to entertain where before Color Television on the game show Password hosted by her husband . Alan Luden #iconLady pic.twitter.com/HSZpAjnaBF

What Betty didn't come to know until later was that during filming, Allen's wife, Margaret McGloin, was dying of cancer. Margaret passed during the week Betty appeared on the show.

"He had these three kids who had lost their mother, who were nine, 10 and 13 at the time. And somehow, we all became instant friends," Betty recalled to the Archive of American Television.

"He was so nice and we felt like we knew each other."

While the pair got to know one another, Betty was steady with someone else. But Allen kept asking Betty to marry him.

"At first I thought he was joking, but then he bought a wedding ring, a beautiful gold ring with diamonds. I refused. So he put it on a chain around his neck, and he would wear it everywhere," she said. 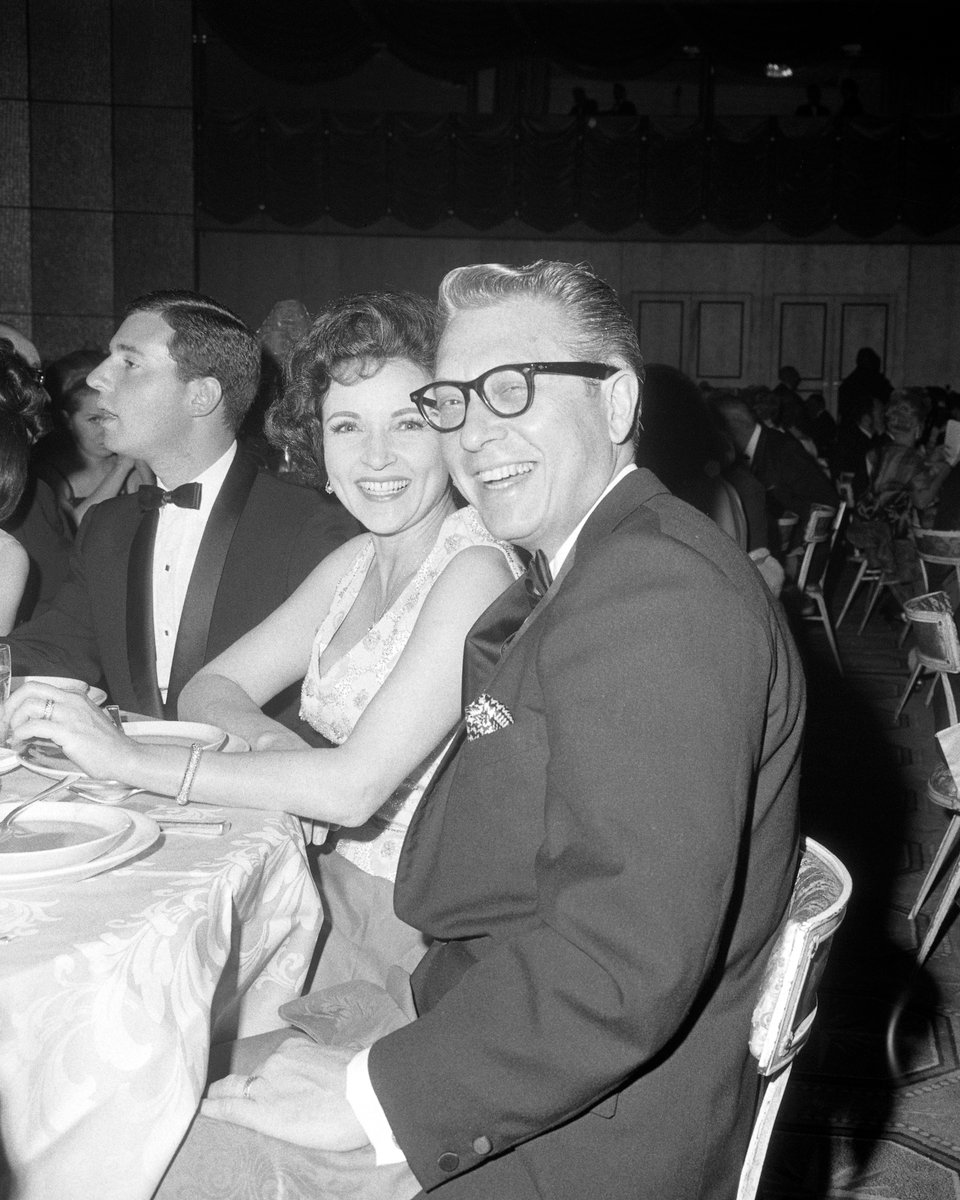 Image: Getty. Easter 1963, Betty said yes to marrying Allen. During the Easter period, he had sent her an "adorable fluffy white stuffed bunny" which also had beautiful ruby, diamond and sapphire earrings on it.

In a 2012 interview with CNN, Betty said about her decision to marry, "I thought, 'am I going to live the rest of my life without this man?' Thank goodness we got married when we did."

The couple wed later that year.

'I Had the Love of My Life': Betty White's Love Story with Husband Allen Ludden https://t.co/Mp5HvTUfcj

Married life was bliss according to Betty. She said to PEOPLE, they thoroughly enjoyed one another's company.

"He would call me from wherever he was working and say, 'you wanna go out to dinner? You wanna have a date?' And I'd say, 'sure!' Well, going out to dinner meant he'd stop on the way home and pick up a chicken and put it on the barbecue. We'd put on a stack of records, have our barbecue and dance."

Prior to her marriage with Allen, Betty had been married twice previously, and very briefly, referring to both as "rehearsals". 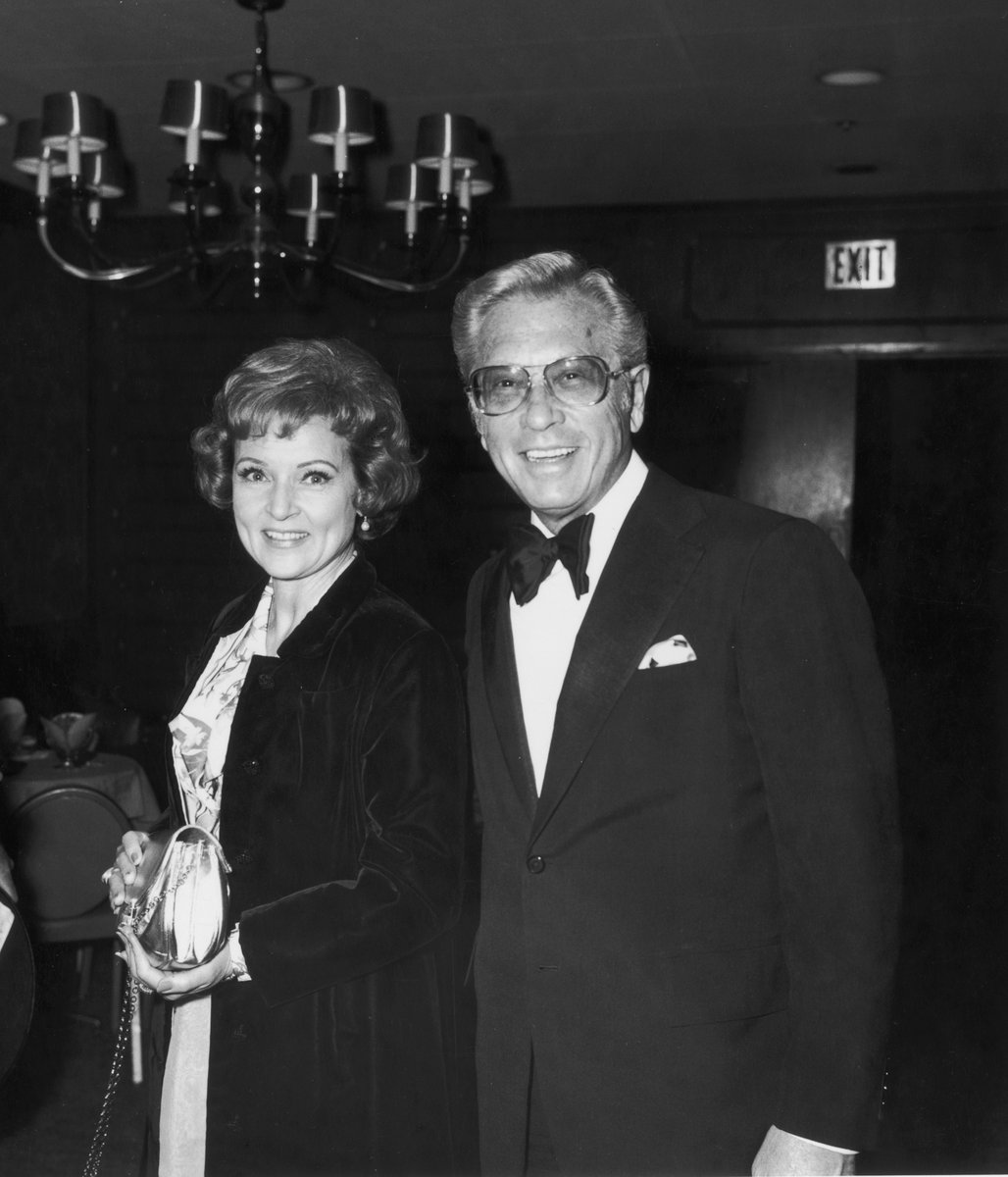 Image: Getty. Betty later shared that one of the reasons for leaving her second marriage was her ex-husband's desire for her to become a stay-at-home parent: something Betty didn't envisage for herself.

When co-star Sandra Bullock spoke to PEOPLE about the one and only Betty White, she recalled a conversation the pair had shared.

"Betty said, 'you know what? I never had children biologically. I married someone who had three children. And how blessed I was to have those three stepchildren. It turned out great'," Bullock explained.

Mary Tyler Moore, Grant Tinker, Allen Ludden and I had some of the best times of my life together. She was special. pic.twitter.com/tLf3oU2wlR

Speaking about her choice not to have children, Betty said to PEOPLE, "I didn't choose to have children because I'm focused on my career. And I just don't think as compulsive as I am that I could manage both."

A friend of Betty's also told Closer Weekly that the actress had remained close with her stepchildren, saying Betty spent her 98th birthday with them. 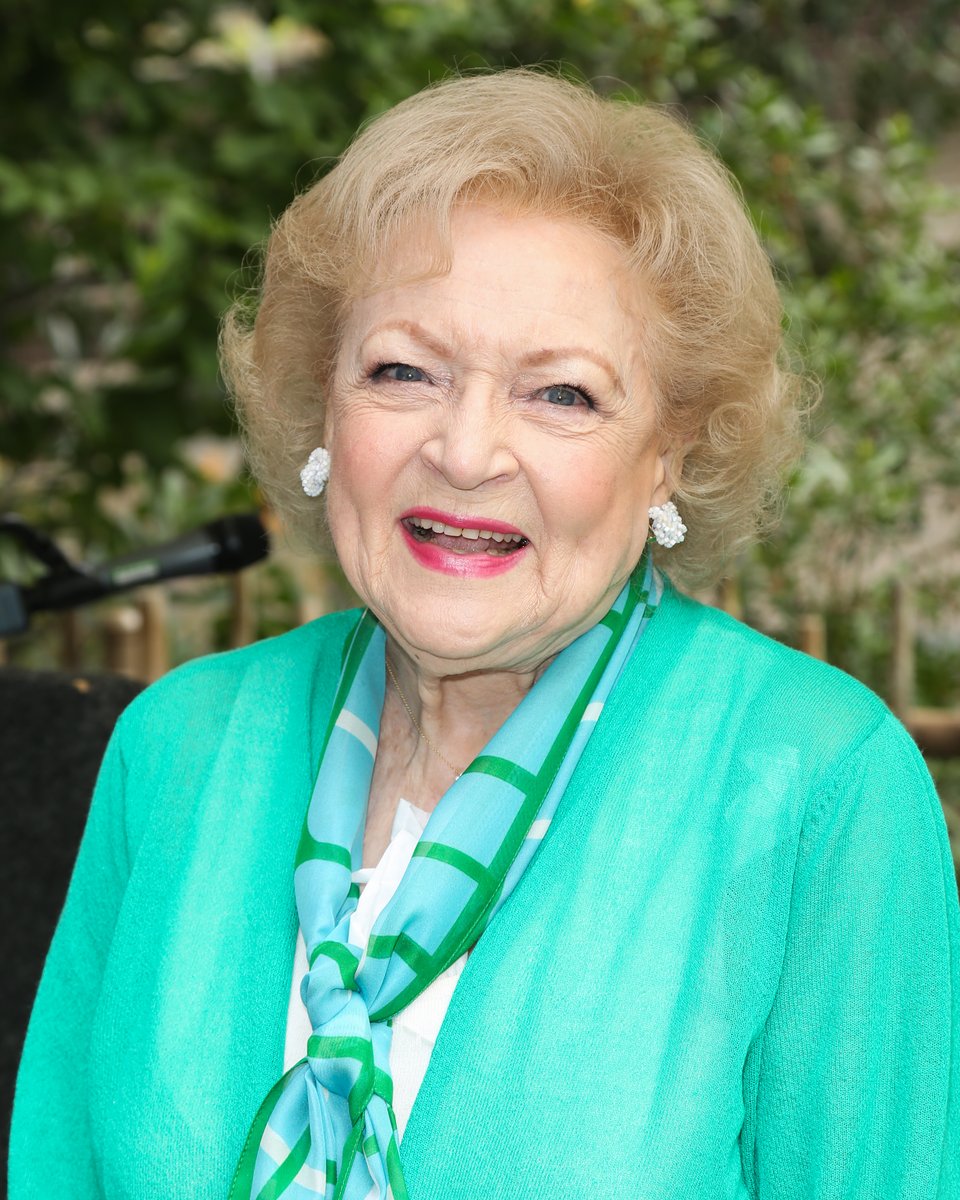 Image: Getty. In 1980 things took a turn for the worse with Betty and Allen.

Earlier that year, Allen was diagnosed with stomach cancer. It was a heartbreaking discovery for the couple.

Fellow actor and friend Carol Burnett told PEOPLE, "When Allen was very sick, Betty would come in and rehearse my show and then leave to go to the hospital. She just soldiered through, brilliant as always."

In June 1981, Allen died. He was only 62 years old. The New York Times in Allen's death notice said Betty was at his bedside when he passed. The couple were married for just under 18 years. 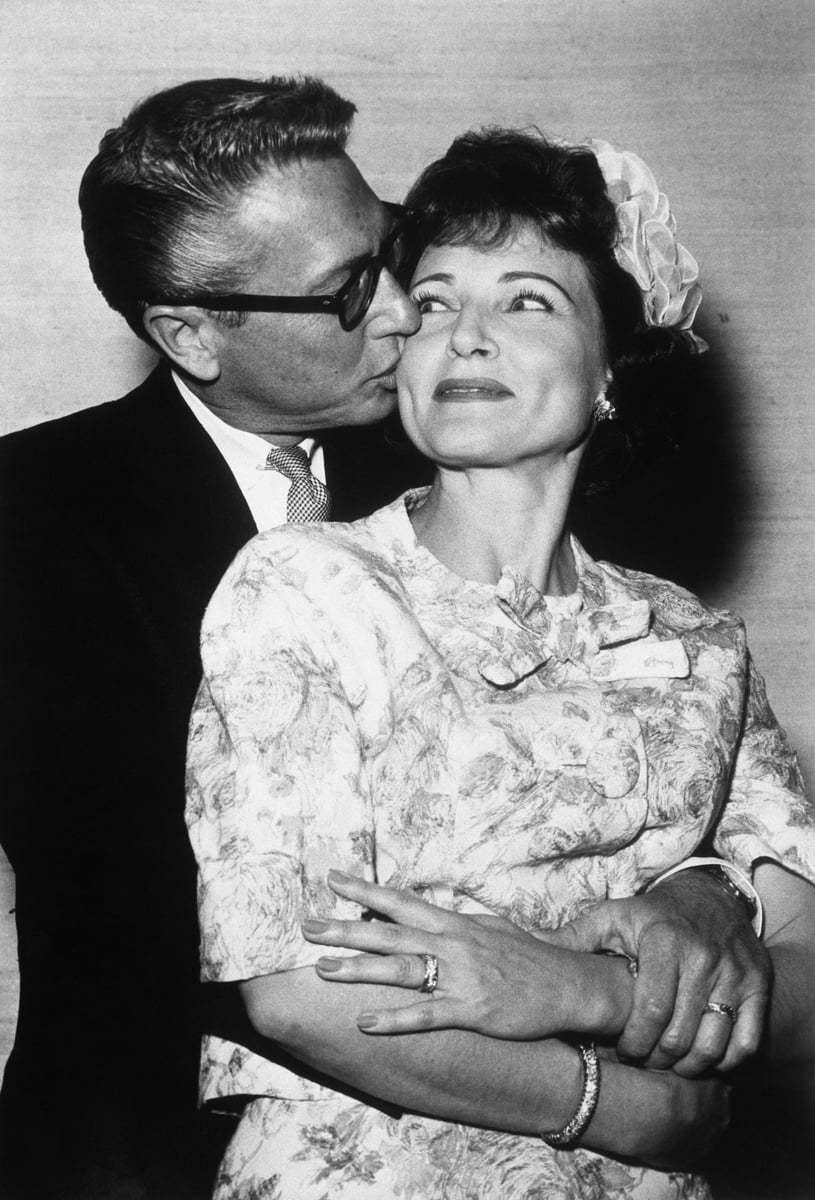 "I regret that year I wasted saying no [to Allen's initial wedding proposal]. I wasted all that time we could have been together: I would have given anything to have had it back. It was a love affair. We missed 18 years by three days," she said to the Archive of American Television.

In 1988, Allen was posthumously awarded a star on the Hollywood Walk of Fame.

Betty herself has also received a star, which is located right next to Allen's.

"I cannot express what this day means to me. Don't be surprised if in the wee hours of the morning our stars are fooling around," she said at the star ceremony.

Though Betty had quipped about "fooling around" and went on at least one date as recently as her early 80s, she never remarried.

Betty's longtime executive personal assistant Kiersten Mikelas previously told PEOPLE: "She keeps a photo of him on her bedside table and blows him a kiss every morning. At night, when she opens the shutters, she blows a kiss to him up in the sky."

As Betty told Anderson Cooper in 2011, "When you've had the best, who needs the rest? I had the love of my life."

Her publicist said in a statement, "I don't think Betty ever feared passing because she always wanted to be with her most beloved husband Allen Ludden. She believed she would be with him again." 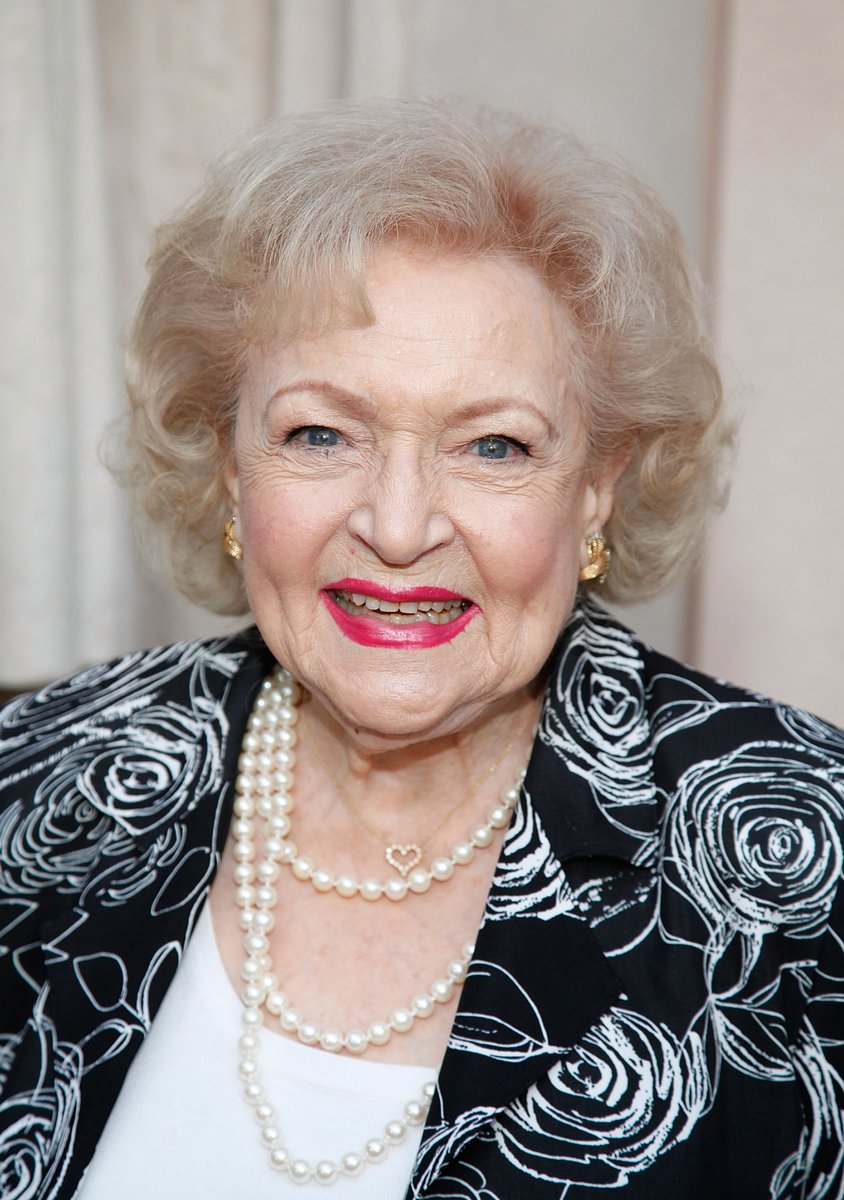