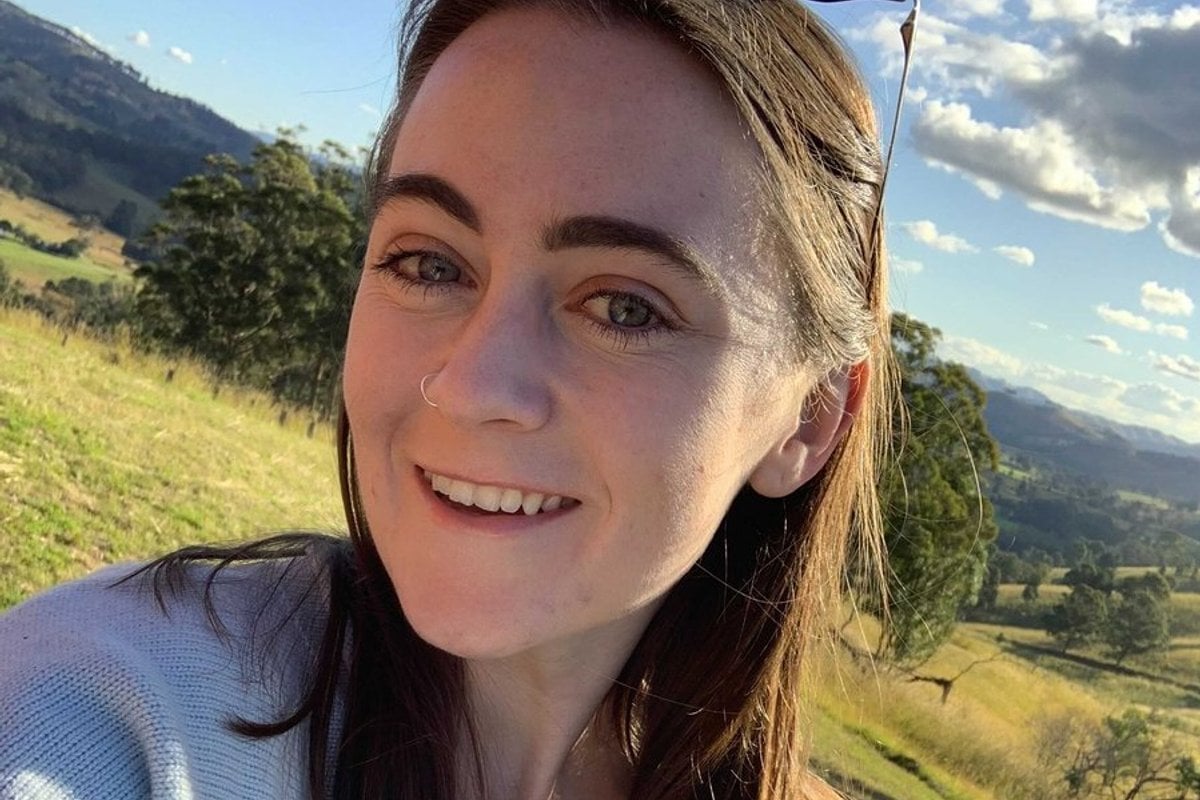 In a normal year, I would see my family three to four times a year - perhaps more, if they come to visit me.

I'm an 'expat'; a New Zealander living in Australia for three years. Usually, I speak to my family daily through Facebook Messenger and cat memes, with a fairly long chat at least once or twice a week.

Side note: A thank you to masks, the versatile MVP of the pandemic. Post continues below video.

But over the last few months, those chats (although, not the cat memes) have dwindled.

It seems counterintuitive, given the current state of the world.

I should be talking to everyone back home more. The family group chat should be blowing up my phone, but it's been fairly quiet. My calls home have become more fragmented.

Because I don't know what to say. I don't know how to reconcile that hearing their voices over the phone or seeing their faces on FaceTime is as close as I am likely to get to them for God knows how long. The thought of it will wash over me mid-conversation about the rugby (yes, I am a walking stereotype), or mum telling me a ridiculous story about my little brother, whose car is hilariously unreliable. When it does, it's hard to remain on the line.

I MISS MY FAMILY (but especially Abby 🤭😻)

It actually feels a bit weird to write that, publicly, even though I know it's not something I need to be downplaying. The niggly voice in my head is always like 'Oh, shh, you're in a much better position than others, everything will be okay' which is 1. true and 2. unhelpful, because I know - really - that my feelings are valid. Does anyone know how to tell their brain to shut it?

My friends and family are all safe. At home - Wellington - they are back in 'level one' after NZ's latest COVID-19 outbreak, which effectively means life as normal. When I look around the rest of the world, I am unbelievably grateful to live in Sydney where I also feel safe.

I am also grateful that my worries are about when I will next be able to give someone I love a hug, and when I'll next to be able to watch a sunset at my favourite #goodforthesoul spot. That's basically it. I’m not personally worried about COVID, though of course I am wearing a mask and taking all precautions to avoid getting it and passing it on, and I am extremely thankful that I'm not currently worried about my job. I do not take for granted the privileged position I am in, and in the 'expat' world - I'm especially lucky.

Some people are much, much further from their loved ones than a three hour direct flight - and a potential 'Trans-Tasman bubble', one day... hopefully (although my hopes and dreams of getting home for Christmas have been shattered, multiple times).

In my Sydney circle - mostly fellow Kiwis and other expats, because for some reason we are like magnets - I've had friends forced to move back to Europe after losing their jobs and therefore their visas. Others have been tossing up whether they leave their Australian lives behind too, for good.

On the flip side, I have expat friends in other countries - particularly in the United Kingdom - desperate to return to their homes in Australia and New Zealand, but battling through roadblock after roadblock. They're having to wrap up their lives built on the other side of the world, only to be told their flight has been cancelled. Over and over again.

Way back in March, Mamamia's head of content Holly Wainwright wrote about the difficulty of being away from loved ones.

"In the best of times, migrants carry a full pocket of guilt about those they left behind. We dip into it to punish ourselves for all the important times when we weren’t there. The milestones we miss. The loads we leave to others in our absence," she said.

That's something I think about often, and it was a sentiment echoed when I interviewed parents separated from their children by border restrictions a couple of months ago.

Many of us made an active choice to move countries - or states, given the internal border restrictions this year have divided Australia like never before. I have important reasons for choosing to do so, and I mostly enjoy living here (except for when it's 40 degrees in the peak of summer, because what the f***).

You're never fully at peace with a decision to be away from the people you love most in the world.

To make this easier, if we're in a position to do so, many of us plan trips in advance. We always have something to look forward to, whether it's six weeks or 12 months in the future. My neighbour - an American - had been planning a six-week visit home for Christmas 2020 for 18 months.

The pandemic means this coping mechanism is gone, and we have no idea when it'll be back. The uncertainty is the hardest part. If there's light at the end of the tunnel, we can't see it yet.

We understand there are greater fights that need to happen and we don't begrudge government regulations in place to do this.

It's almost my birthday which would, usually, mark a trip home for BYOs with the gals and a home cooked lasagna. That's not happening, but my mum did send off a care package of Kiwi snacks yesterday. Silver linings!

The pandemic has meant changing our expectations. It's not fun, and personally, my mental health has been... precarious, really for the first time in my almost-28 years of life. That's been an interesting rollercoaster, but I reckon I've only got a couple of loops to go.

Sh*t, what I'd give for a mum-hug at the end of the ride.

Reply
Upvote
"Many of us made an active choice to move countries - or states, given the internal border restrictions this year have divided Australia like never before."
Not really "like never before" - seeing as though Australia operated literally as a bunch of self-governed colonies independent of each other before the advent of Federation! This is what makes the current border issue so contentious, as it essentially goes against the grain of the federal concept of a united country.
News
General
Opinion
True Crime
Politics
Sport
Explainer
Entertainment
Celebrity
Reality TV
Movies
TV
Books
Rogue
Royal
Lifestyle
Beauty
Fashion
Weddings
Home
Wellness
Health
Fitness
Travel
Food
Parents
Before The Bump
Pregnancy
Baby
Kids
Teens
School
Parent Opinion
Work & Money
Money
Finance
Career
Lady Startup
Relationships
Sex
Dating
Separation
Friendship
Family
Real Life
Couples