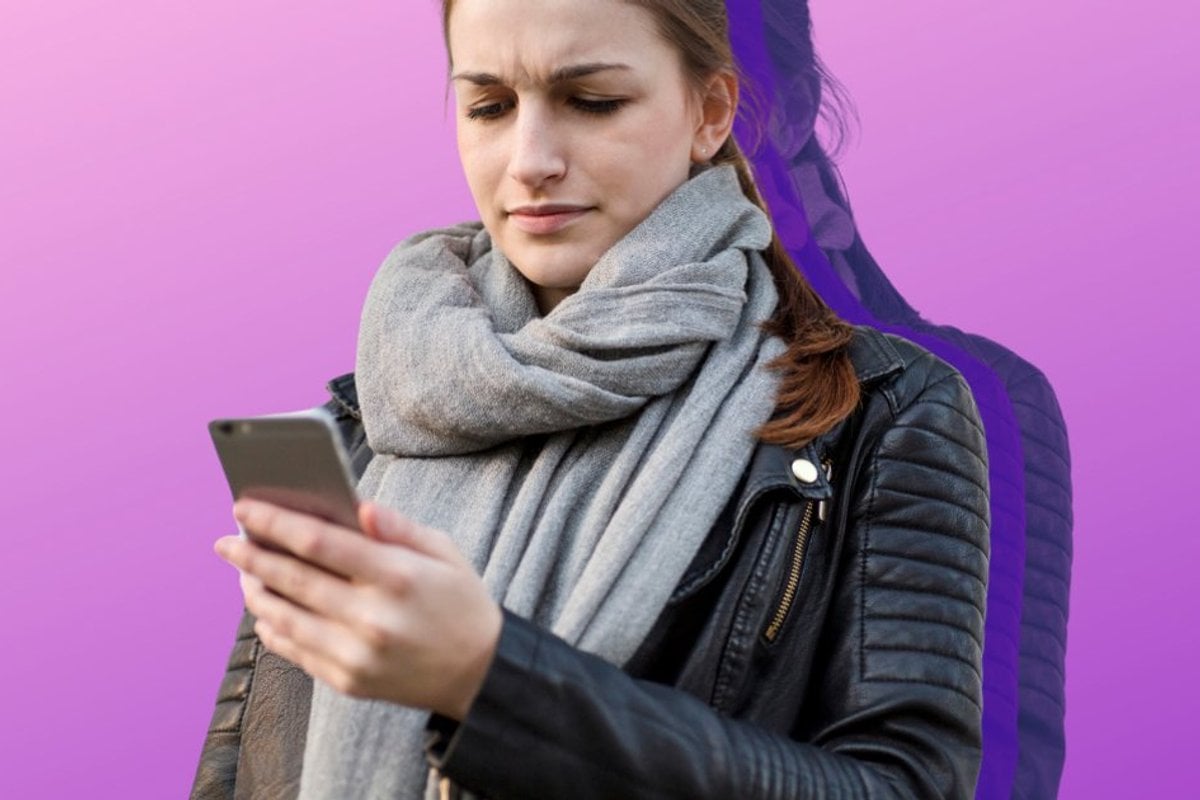 We were several cocktails down and my friend’s eyes were glassy when she abruptly said to me, "Do you think it’s wrong that I don’t tell my husband every time Evan sends me a Facebook message?"

Evan was once married to a friend of ours, and he is a peripheral presence in both of our lives, but I have never swapped Facebook messages with him or exchanged more than quick smiles of greeting when passing in the street.

I said, "What do you mean? Do you just mean you don’t report every message to your husband in real time, which would in fact be a bit weird? Or do you mean that you pretend to be messaging someone else, maybe me, when you’re actually swapping paragraphs with Evan?"

Watch: What is the difference between an emotional and a physical affair? Post continues below.

Her silence told me everything. We had another drink. "The thing is," she said, "he gets me. He’s such a good friend to me, he really makes me laugh and I need that at the moment, you know? I’ve had a tough year, and it’s just such fun to have someone new to chat to".

In my head, alarm bells began to ring.

When I cheated on my husband, my affair did not begin as a conscious decision. My marriage was in a happy, safe and good place. My children were growing up, I had a lot more time for myself, and I joined a local running group. I then became active on its Facebook page, chatting and joking with fellow members and occasionally helping to arrange social running events.

In time, over the course of a year or more, the lighthearted messages I regularly swapped with one of the men in the group moved increasingly to Messenger rather than the open group page. I hardly noticed when this happened.

I did notice, though, when he said, "Let’s email about this instead, it’s easier than Facebook when I’m in the office." I also noticed when he casually took my phone number to arrange a lift back from a race, and the next training session update from him was a green text square in the middle of my locked phone screen, rather than an email hidden in my unrefreshed inbox and which I might not have seen until the next morning.

If I am completely honest with myself, I noticed those things, right at the start. I let them happen. Through text exchanges of ever-increasing frequency we became friends, and then good friends, and then we skirted the edge of what we would later become, and I let all of it happen. I feigned passivity, because I enjoyed the attention.

My heart would zing, despite myself, when his name appeared on the screen. I started to view my everyday activities through the prism of his opinion. The world we created on our phone screens was bright, and my real life became dull next to it.

I am wiser now. I know, now, that the moment I first angled my phone screen so that my husband couldn’t see who I was texting — even though at that time I was only writing messages about the plot of Breaking Bad, and discussing Walt’s character arc — I was setting a course that would lead to heartache on all sides. I wish I had been honest with myself back then.

So I was honest with my friend. "Yes," I told her. "I do think it’s wrong that you’re not telling your husband the truth about how much you and Evan are in touch. I think it’s dangerous."

My advice to her, as it always will be now to anyone in this situation, is simple: you have to end the back-and-forth. Stop texting. Put a dead halt to that line of communication. And if you can’t bring about that ending with willpower alone, then delete and block that person’s number. Don’t be cruel, of course not; don’t ghost them. But give a brief explanation, however embarrassing it might seem, and then close that chapter. You’ll thank yourself later.

A loving relationship cannot thrive when it’s struggling in the shade of increasing neglect. If your mind is regularly and consistently elsewhere, drawn to the bright light of your phone screen and the messages lurking behind it, then your existing relationship will inevitably look drab and dark by contrast.

Your husband or partner isn’t crafting clever text messages designed to titillate you. They’re not showing you their best side, crafting a life to complement yours. They’re living their life without knowing they are being constantly compared to a secret alternative. They deserve your respect and that you are honest with yourself about the comparisons you are quietly making.

To suddenly end an apparently lighthearted chain of communication with a friend sounds harsh and melodramatic, but I honestly believe that it is necessary. Face up to the dopamine rush the texts are giving you; admit the addiction.

Because it is an addiction. It’s an addiction we didn’t even have a concept of 15 years ago, before smartphones brought the genuine possibility of double lives into our living rooms and bedrooms. But now, it’s everywhere. And emotional affairs are on the rise.

And the most successful treatment for addiction is the most painful in the short term. It’s called going cold turkey.

I went cold turkey in the end, after the damage was done, and of course it was painful. But after that slice of pain comes the sort of healing that can only spring from a completely blank page; the emotional freedom that can accompany genuine honesty within a relationship. It is worth the short-term pain.

My friend knew, when she chose to ask me — battle-scarred veteran of the adultery war — what I would say. She chose me because she knew that I would be honest, even though she didn’t want to hear what I had to say.

The next morning, she sent a text message to tell me that she had blocked Evan on Facebook Messenger. "I don’t know what I was thinking," she typed. "I love my husband. Thanks for reminding me of that."