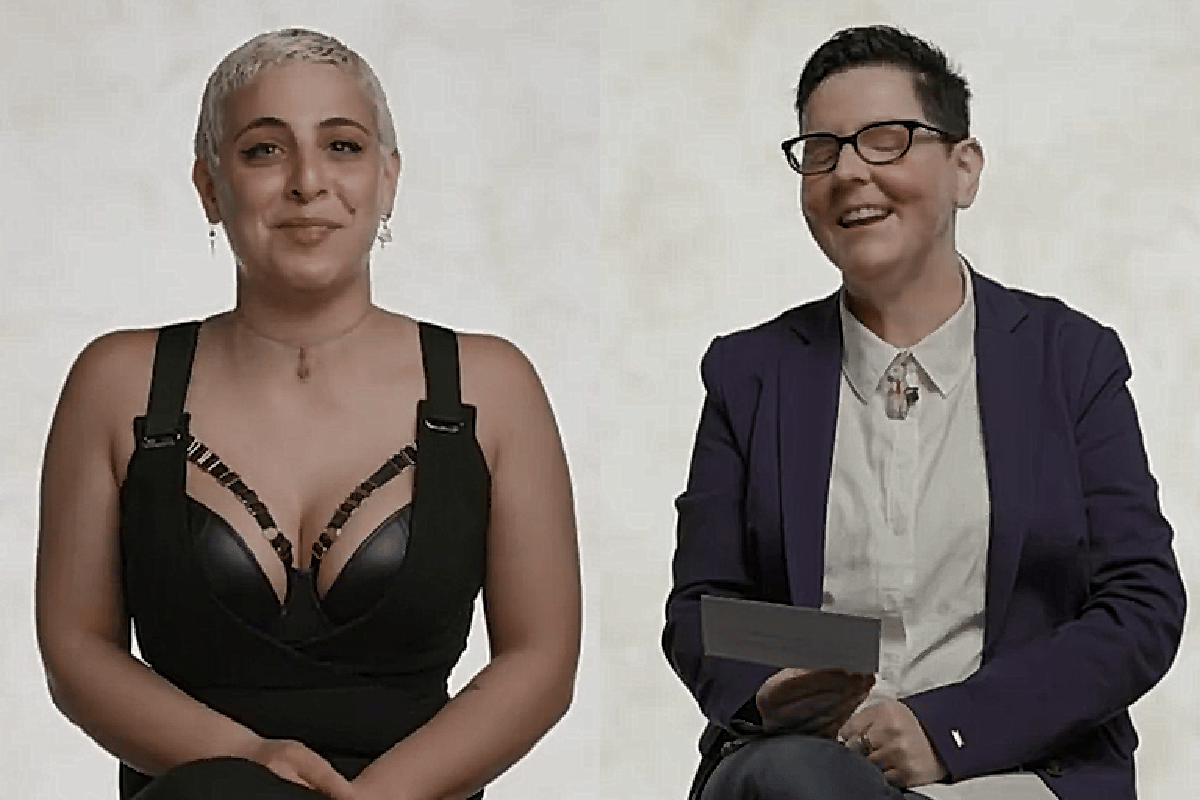 Is it just a phase? Do you get sick of talking about your feelings? How does sex work?

These were just some of the questions asked on Wednesday night's episode of You Can't Ask That.

Watch a clip from ABC's You Can't Ask That below. Post continues after video.

There was Margherita, a lesbian woman who was raised by nuns in an orphanage in the 1950s.

There was Dorothy, an 86-year-old leading figure in the Uniting Church who realised she was a lesbian while married with kids.

And there was Dina, a 24-year-old Lebanese Muslim woman.

The questions asked, as often is the case with You Can’t Ask That, demonstrated the stigma that is often attached to the LGBTQI community.

The women involved also discussed coming out, their sex lives, and discrimination.

"Were you scared of coming out?"

When asked about their experience of coming out, the women shared vastly different experiences.

For some women, coming out was a fairly positive experience.

"Coming out was only difficult to myself," one woman, Sally, shared. "Nobody in my life batted an eyelid."

Uniting Church minister Dorothy also had a positive experience when coming out to her church after she started dating the "love of her life".

"I felt after a little while that I should come out... I wanted to own who I was," she said.

"When I came to the assembly, I remember standing there with my whole body shaking," she continued. 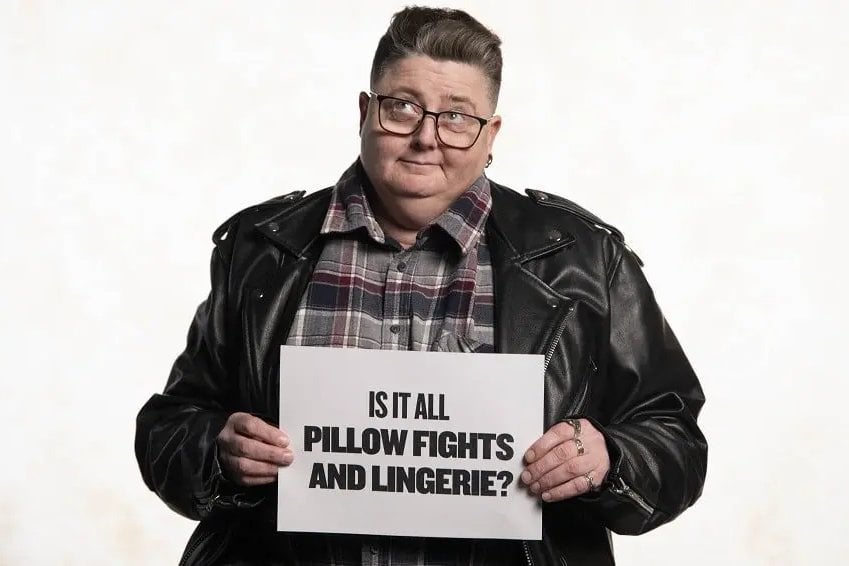 "I shared that I was a lesbian and in a relationship with a woman. And they gave me a 85 per cent vote of support. I couldn't believe it. It was just absolutely incredible."

For others, however, coming out was a struggle.

"My father, perceiving that I was a lesbian, packed all of my belongings and locked the door," one woman, Kerrie, shared.

"I literally got home from school and there were all these boxes and I couldn't get in the door. It was like, 'I don't want you here. You can't live here. Go away.'"

Dina, 24, shared that while she wasn't scared of coming out, she was scared for her own safety.

"I haven't spoken to my family in five years," she added.

The 24-year-old also explained that coming out doesn't necessarily end. Instead, it's an ongoing process.

"Every time I meet someone new, I have to come out," she said.

"Is it all pillow fights and lingerie? How does sex work?"

The women interviewed also responded to common questions about their sex lives.

"Is it all pillow fights and lingerie? How does sex work?" one question read.

"I just think having a bit more familiarity with your partner's body because you have the same bodies allows you to take their body to other places easier," another interviewee, Sam, chimed in.

The interviewees also compared sex with women and sex with men, with Jannette admitting that sex with men was "very boring".

"A lot of the straight sex that I experienced was very much a race to the finish line," Rosie, a trans woman from Sydney, added. "That's very much not what sex is nor should be."

"Isn't what you do unnatural?"

One of the common themes throughout the episode was discrimination.

One participant, Shirleen, admitted that she will choose not to hold her girlfriend's hand in certain areas.

She also described facing comments from men after kissing her girlfriend in public.

Like Shirleen, many of the interviewees had stories about the fetishisation of their sex lives.

"The male infatuation with the girl-on-girl stereotype speaks to an inability for some men to imagine a world that they're not the centre of," Sally added.

The participants also responded to an anonymous question from the public which read: "God made Adam and Eve. Not Madam and Eve. Isn't what you do unnatural?"

"If it was unnatural, I wouldn't have been made like this. Sorry, I've had no choice in this," Sam said.

"Do you ever wish you weren't gay?"

At the end of the episode, the nine women were asked one final question: "Do you every wish you weren't gay?"

"It would have made my life a whole lot easier. If I wasn't gay, I'd probably still have a relationship with my family," Dina shared.

"Just because it was difficult, it doesn't mean it wasn't the right thing for me," she added.

"When I decided who I really was, I was really alive, fully alive," Dorothy said.

Kerrie added: "I would never take back who I am. I have no regrets."

You Can’t Ask That airs Wednesdays at 9pm on ABC and is available to stream on ABC iview.