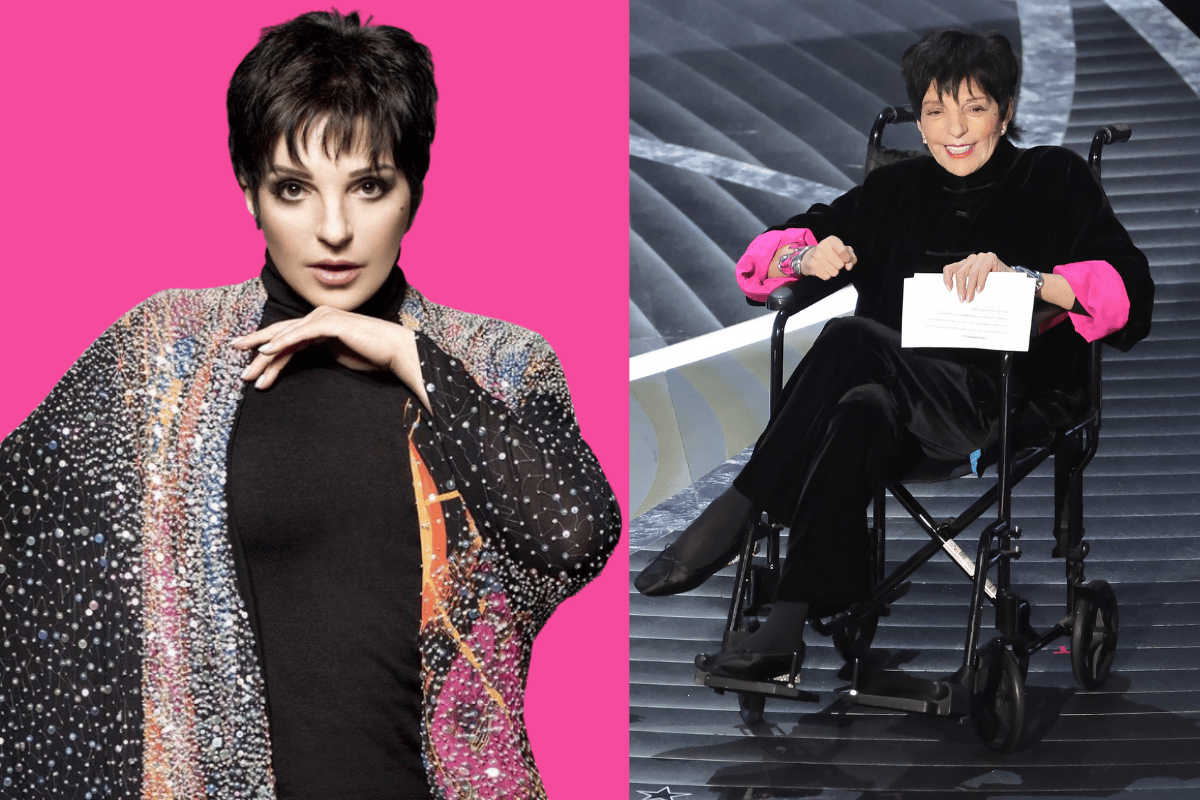 Liza Minnelli is showbiz royalty, thanks to her famous parents - Judy Garland and Vincente Minnelli - and her success in acting and singing.

Over the course of her career, Minnelli has won four Tony Awards, two Grammys, and an Emmy and Oscar.

This week, we saw Minnelli for the first time in a while, the 76-year-old taking to the stage at the 2022 Academy Awards to present alongside Lady Gaga.

But it was something in particular that caught the audience's attention: the fact Minnelli was in a wheelchair and struggling with her mobility.

Watch: Celebrities, on their Oscars speeches. Post continues below.

The crowd cheered when the pair came on stage, prompting Gaga to say: "Do you see that [Liza]? The public, they love you."

As Minnelli sorted through her notes and said "I don't understand," Gaga told her, "I got it." And in a special moment captured just beforehand, Gaga said to her co-presenter, "I got you", to which Minnelli responded "I know".

It was also a momentous occasion for Minnelli, who was celebrating her 50th anniversary of the film Cabaret in 1972. 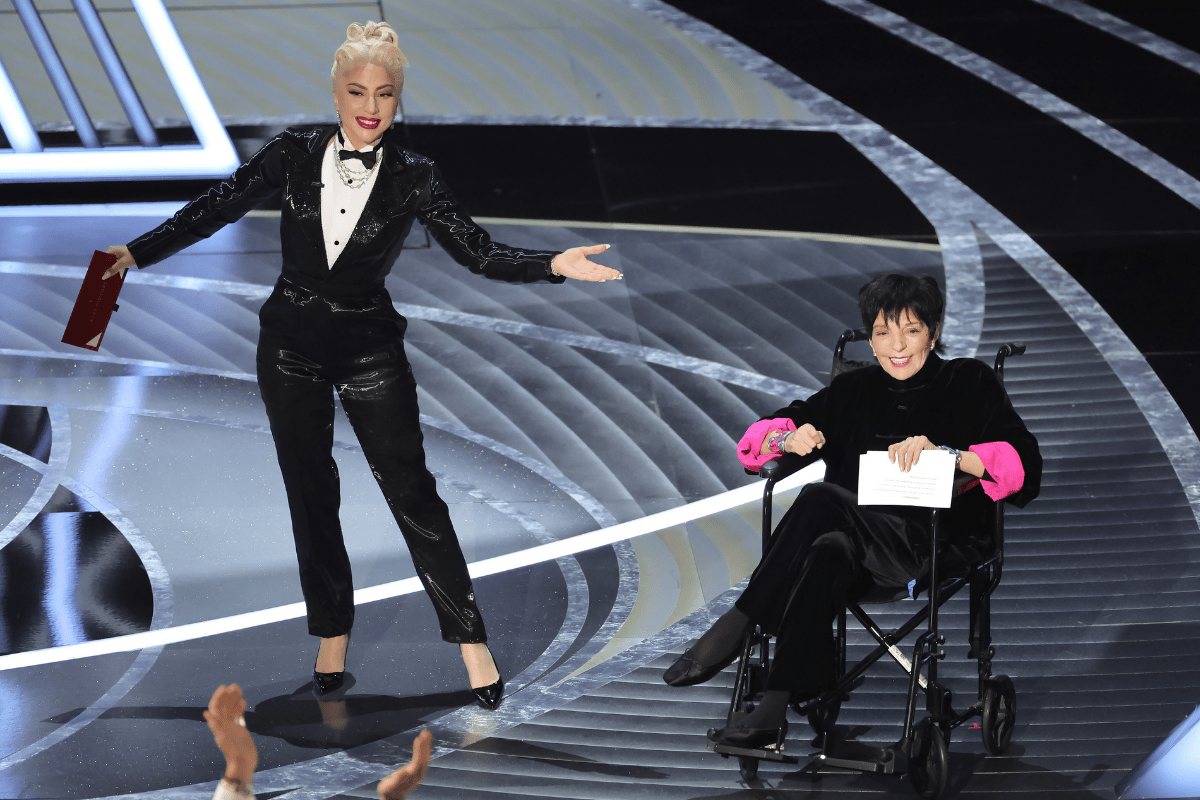 Image: Getty. It's not the first time that Minnelli has experienced poor health.

Although Minnelli's upbringing was incredibly privileged, it also came with its own set of challenges. Over the years, Minnelli has gone to rehab - most recently in 2015 - and is now six years sober.

Her mother, Judy Garland best known for her role in The Wizard of Oz, was struggling with addiction issues. Later on, Minnelli herself would experience the same.

She said to The Guardian: "My whole life, this disease [alcoholism] has been rampant. I inherited it, and it's been horrendous, but I have always asked for help."

For a full recap on the 2022 Oscars, listen to today's episode of The Spill. Post continues after audio.

After her mother's death due to an accidental overdose, Minnelli was prescribed Valium to cope with her grief. She said to Variety that once she knew her addiction had spiralled, she sought her dad's help.

"I knew, and I told my father. He said, 'Well, let's see what can we do about it.' I said, 'Well, all these people talk about the Betty Ford Centre' and he said, 'Then you'll go there.' Just like that. So he took me there."

In 2005, Minnelli relapsed, acknowledging it publicly in an interview with Today. After drinking heavily, she had fallen out of her bed and accidentally hurt herself physically.

"So what do you do? You get up and you go on, and you try not to do it again. The ups and downs, I think we've all been there. Mine just happened to be public," she shared.

Then in 2000, Minnelli almost lost her life. Then aged 54, she was in a critical condition in the intensive care unit with viral encephalitis - an inflammation of the active tissues of the brain caused by an infection or an autoimmune response.

Her physician said to ABC News: "Liza Minnelli has been a patient here for the last several days. She is being treated for viral encephalitis. She was quite sick and was in a very serious condition but is now recovering."

Days prior, Minnelli was rushed to hospital with alleged hip and back problems, which were then confirmed to be related to encephalitis. Paramedics were called after she appeared to have paralysis on one side of her body, slurred speech and drooping facial muscles - all conditions that can be caused by encephalitis.

Her doctors predicted she would spend the rest of her life in a wheelchair after the diagnosis.

Reflecting on the ordeal, Minnelli said to Dateline NBC: "I couldn't walk and I couldn't talk and they told me I wouldn't… ever again. After I was told that, everybody left the room and I turned my face to the wall and started to go 'A – B – C'. You know, that's what it felt like because I had Carnegie Hall to rehearse. I want to live. I have always wanted to live."

She continued: "People don't usually recover like I recovered but I would not give up. I just couldn't. I don't know how you'd do anything else."

"She's a survivor," as one of Minnelli's closest friends Marisa Berenson said about the Oscar winner. "She's like a phoenix, always spreading her wings and being reborn. I think she's one of the strongest people I know. It's really glorious to watch. She does have this incredible strength and courage."

As Minnelli said on her recent birthday, each year is a blessing.