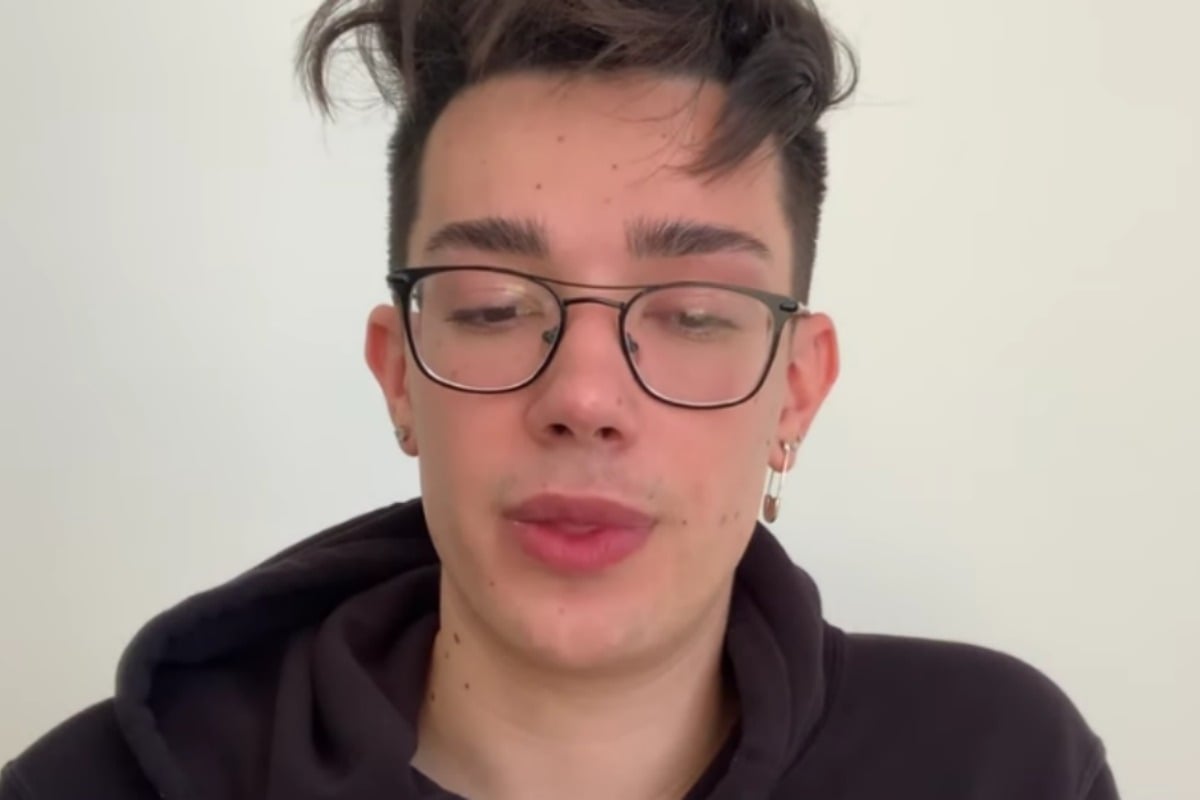 “This is the hardest video I’ve ever had to make,” she wrote below it, plugging her supplement brand Halo Beauty in the same paragraph.

In the video, the 37-year-old beauty YouTuber explained her feud with 19-year-old James Charles, which boiled over when he endorsed a competitor of Westbrook’s brand – a line of gummy vitamins known as Sugar Bear Hair.

While this is what triggered their public falling out, Westbrook insisted her relationship with James Charles wasn’t transactional or based on money. This was the last straw in a line of disrespectful behaviour, she said, which included allegedly trying to trick “straight men into thinking they’re gay”, creating “over-sexualised” content, and “using” the people around him.

“Fame, power and a fat bank account will change almost anyone,” Westbrook said of Charles.

In a matter of days, the teenage YouTuber has lost 2.6 million subscribers and counting. He’s been unfollowed by some of the biggest names on social media, including Kylie Jenner, Kim Kardashian, Demi Lovato, Katy Perry, Shawn Mendes and Miley Cyrus – many of whom didn’t just follow his account, but know him personally.

In just one day, James Charles has lost over 1 million followers (including stars like Miley Cyrus and Kylie Jenner) after YouTuber Tati Westbrook posted a 43-minute long video calling him out for being “entitled.” Link in bio for a full breakdown of the drama, sisters. (????: Instagram)

He is, as the internet likes to proclaim, ‘cancelled’.

Opinion pieces outlining all his past indiscretions are being published by the hour, and former fans have gone as far as to set their James Charles eyeshadow palettes on fire.

What to do with your James Charles Pallete thanks to Tati Westbrook ???? pic.twitter.com/VrzaGiTDVw

If you search James Charles on Twitter, your feed is flooded with videos of people dancing to his apology video, footage of his pop up store completely empty, gifs captioned ‘Tati Westbrook dancing on James Charles’ grave’, jokes about people attending his funeral, and running tallies of his subscriber count rapidly dropping.

According to a number of memes, he’s been metaphorically handed the baton of Most Hated YouTuber.

The reason this story – of a messy feud between a mentor and her protégé – has gone so viral, is because it speaks to a number of universal experiences we’ve all felt victim to.

Repeatedly apologising for the behaviour of someone you love.

It also weaves a narrative about justice. About calling someone out who deserves it, and watching them fall. About everyone finally knowing the truth about a Bad Person, and vowing never to forget.

To the masses who have ‘cancelled’ James Charles, he’s no longer a person but an ideology. He is Arrogance and Ego and Disloyalty. He is the villain in a tragedy, destroyed by his own hubris.

Who allegedly behaved inappropriately with men. Who is accused of being vulgar in how he speaks about his sexual encounters. Who endorsed a supplement brand that’s a competitor of the one owned by his good friend.

But who hasn’t been found guilty of a crime.

And who is at the bottom of a global pile on that is entirely disproportionate to what he’s actually done.

Listen: The Quicky on everything you need to know about the James Charles Tati Westbrook feud. Post continues after audio.


As is the case with most instances of public shaming, the mob have stripped James Charles of all his humanity. Nothing he says will be listened to, nothing he feels will be legitimate and nothing he does will be redeeming.

At this point it’s worth asking: what does it mean for someone to be cancelled?

What do we want them to do?

Who decides when the punishment is enough?

That’s the logical conclusion of the ‘James Charles is cancelled’ bandwagon, and it’s hardly worth saying that it’s dangerous. How is a person – let alone a teenager – meant to cope with the knowledge that the whole world hates them? That they’ve done something so bad, so wrong, so shameful, that there is no room for redemption?

In no other context do we define a human being by the worst thing they’ve ever done. We moved away from witch hunts and heads on spikes towards more nuanced forms of justice, but in 2019, cancel culture is a reincarnated version of a public stoning in the town square. Except the size of the town is unfathomable.

In real life, there are no perfect heroes and no pure villains. James Charles, like every single one of us, is not Good or Bad.

But like many before him, he’s now reportedly in hiding, trapped by the public hatred that exists everywhere he looks.

In her video, Tati Westbrook said the main motivator for calling out Charles publicly was that his audience “is made up of 12 to 14 year olds… and he is role-modelling to them his behaviour”.

But five days later, with the online world turned against one individual, what are we role modelling now?

I'm bewildered that noone seems to care that one of the people helping cancel James is Jeffrey Star, who was older than James when he was trying to seduce straight men and pondering about underage Justin Biebers 'package' and yelling at fans and being racist and a whole lot of other stuff...

"Who allegedly behaved inappropriately with men."

Predatory behaviour towards women is unacceptable. Why are you suggesting this man should get a pass and not have his business affected by his actions and attitudes towards men? Double standards, much?