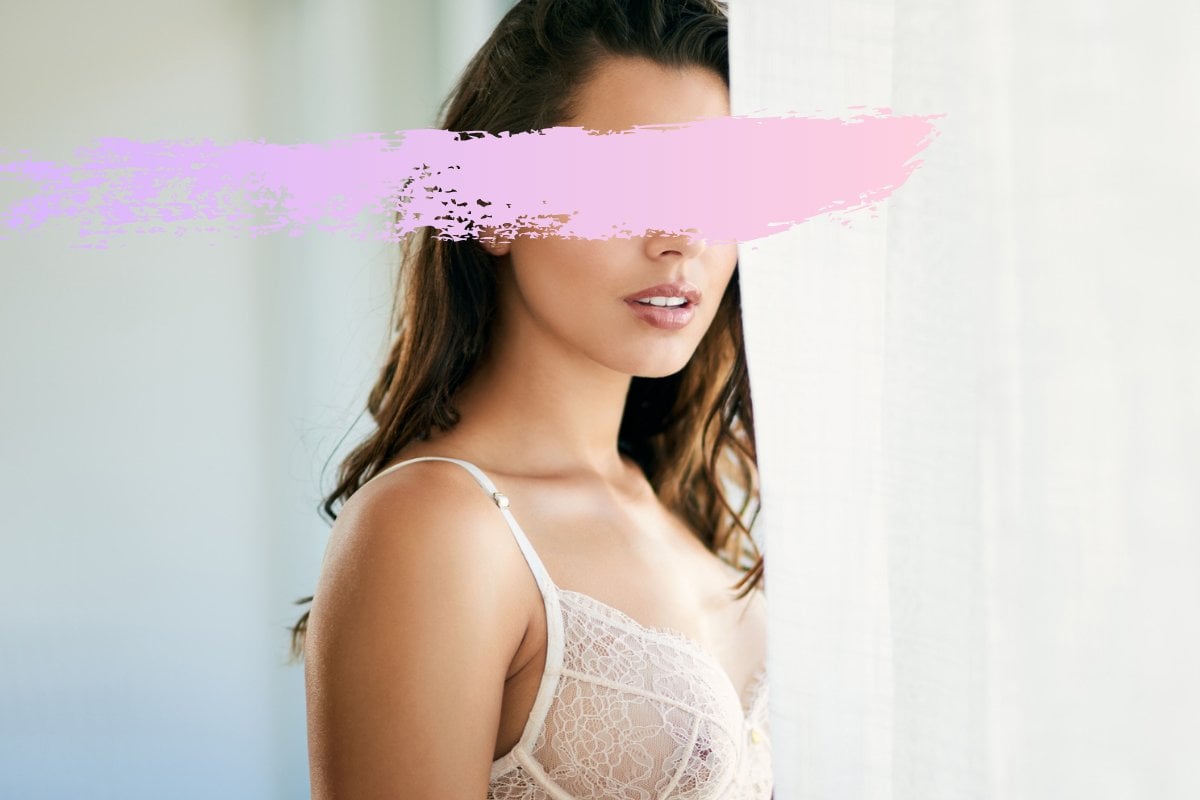 NSFW: This article contains sexually explicit details and may not be appropriate for all readers

And a large divide.

The guys were seriously into it. Meanwhile, us girls were reading Cosmopolitan, Mills & Boon, and Erica Jong — dreaming of romance, desire and suave men who would slowly let our long slinky dresses fall to the floor before ravishing us.

One of my close girlfriends confided that while her and her boyfriend had been engaging in heavy petting, he’d suddenly — without warning — fisted her. He was genuinely surprised she didn’t love it. And that it hurt. A lot.

It didn’t reflect the way I fantasised about engaging or being sexually stimulated. So instead, I found myself on an online website for the kink community.

Listen to Mamamia's new podcast, The Undone. Post continues below.

Online sex has changed how I think about my body and my own sexual pleasure.

Firstly, there were active forums where I could read comments and find information. They answered questions such as: What makes a good Dom? How do you train a sub? What are the expectations on both sides? I could actively engage and participate at whatever level I wanted to.

I could imagine how that would feel — being teased, unable to control this entering of my body, desperate for it. And slowly finally, feeling him edge his way inside of me. Hmmmm.

If their profile was interesting and they were reasonably articulate, I’d respond and we’d build a rapport. Over time, the messages would get a bit more personal and sexy.

This is where my anonymous online sexual adventures really began.

Now the messages would get a more demanding — asking me to do things — sexual things — and send photos or videos.

Now I was being asked — no, commanded — to try new sensations and experience things I’d never even thought of before.

One told me to wet a silicone butt plug with my mouth, then insert it slowly into my ass and wear it out to visit friends.

The moment I put it in, I was wet. My whole vulva swelled up with desire. It pulsed and ached with arousal. I touched myself and came in seconds. I had no idea that this taboo area of my body was so sensitive and could enhance my pleasure so much.

Encouraged and emboldened, I began to explore more.

I never did it on live cam — it was always photos or short little videos. Close-ups of parts of my body — never my face (I like to think I’m being careful).

"I want you to slowly run your hands under your ribcage and over your breasts, then I want you to pinch your nipples under they’re hard."

Oh wow. Now my nipples were on fire. Who knew?

"I want you to wet your smallest butt plug with your tongue. Is it nice and wet? Good girl. Now insert it slowly. Then slowly take it out and slowly re-insert it again. Show me."

I was dripping wet before he even told me to turn my Rabbit on. And when I finally did (with his permission), I came instantly.

It’s enabled me to try new things and fantasise about what I would like to try when the pandemic is over and normal 'socialising' can resume.

For example, I’m dying to act out a good doctor/nurse fantasy. Or turn up at "his" apartment, be instantly blindfolded, restrained and forced to orgasm until I’m a whimpering mess begging for him to stop.

Online sex has given me newfound freedom to express what I like and don’t.

Something I struggle with in real life.

If someone pushes me too far, or if their kinks go too far for me, I can just put my phone down.

One guy — one of the rare ones I’d actually met in person early on but hadn’t got physical with — wanted me to remove a butt plug, lick it and say on camera, "I’m your dirty w*ore."

I quickly replied with, "I'm sorry but I think your basic level of kink is still way too far above mine. Sorry to have wasted your time." Delete. Done. Easy.

I’ve also been able to choose how much I engage and give of myself.

I’ve allowed men to go further and do things I really didn’t want them to — without vocalising my discomfort. I simply wasn’t confident enough to speak up and stop them.

I don’t have that feeling with online sex. I don’t have to answer to them. I only answer to me and my needs. To me, it’s been gratifying, fun, and empowering.

That’s not to say that I will forgo a real, physical relationship in favour of online sex. Quite the opposite.

What I’m noticing now — since I’m just starting to date again — is that online sex has taught me how my body responds sexually and how to express it in a way that sexually satisfies both parties.

I know what turns me on now and I’m better at communicating it in real life.

I can’t wait to bring what I’ve learned online into a real, committed, loving and intimate sexual relationship.

When I finally find one.

Jo Buckman is and English born, mostly Australian writer, currently living in LA. When she’s able to be physically separated from her laptop, she can be found camping, scuba diving, travelling the world or reading a book. Sober and single. Currently exploring sexuality, mental health, love and life – and taking you along for the ride. You can read more of her work here.