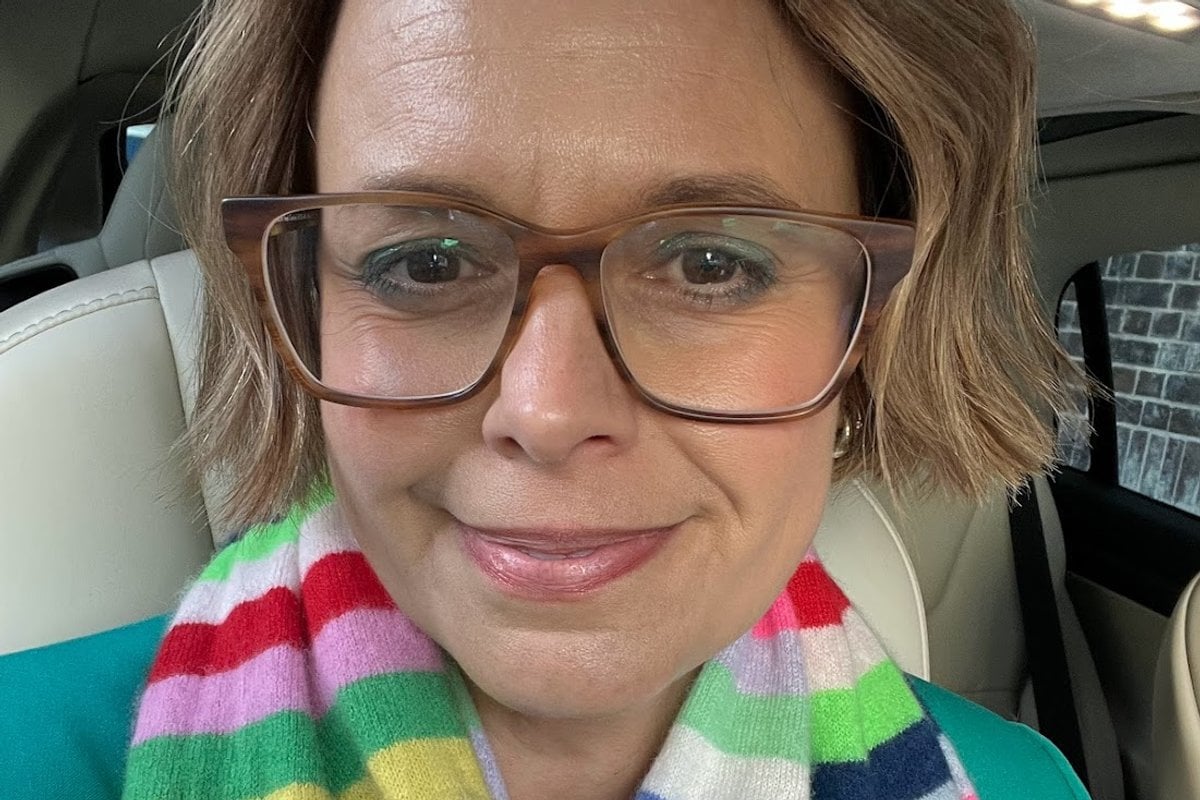 As well as being a host of the #1 business podcast in Australia, How I Work and founder of behavioural science consultancy Inventium, Dr Amantha Imber, has had to learn how to say no over the years to help manage her time and tasks effectively.

In this extract Mamamia’s own co-founder Mia Freedman shares her guilt-free ways to say no.

I once read that the most effective productivity tip is to simply say ‘no’. By saying ‘no’, we avoid spreading ourselves too thin and can focus on the things that matter most.

Unfortunately, saying ‘no’ more often is easier said than done. Particularly if you are a people-pleaser (like me), or someone who genuinely wants to help others as much as possible (yep, that’s me too), saying ‘no’ can be hard and feel awful.

But here’s the thing: the busier you are and the more successful you become in your career, the more requests you will have for your time. Which is where learning to say ‘no’ becomes even more important.

Things successful women do on the daily. Post continues below.

As the co-founder and Chief Creative Officer of the Mamamia women’s media company in Australia, and the host of two podcasts (one of them daily), she is an insanely busy woman.

Freedman used to be terrible at saying ‘no’.

"Like most women, I wanted people to like me and I wanted to not disappoint anybody. And so what I would do is because I didn’t want to make someone feel bad for the ten seconds that it would take them to read that I was turning down whatever they wanted me to do, I would say 'okay' just to put that off.

"But then what I would do is buy a whole problem for Future Me, which was I’ve promised to go to Brisbane, or do this speech, or go somewhere after work. And then that time would come around and I would really not want to do it. And it would really take a toll on me and my family."

So Freedman found a strategy to help make saying ‘no’ much easier. She started to set rules for herself and change the language she used when responding to requests.

"Instead of saying 'I can’t' I say 'I don’t'. It sounds really subtle but it’s really important. I have rules like: I don’t do black tie functions. I don’t do lunches during the week. I don’t do premiers. I don’t do speaking or charity engagements on weekends."

By having strict and clear rules and using the language of ‘don’t’, it takes the ‘Should I? Should I not?’ out of the equation. And for Freedman, having clear and concrete rules helps her in all aspects of life.

"I exercise every day because that’s easier than exercising two or three times a week. It’s less mental stress on me because it’s just a non-negotiable. It’s like cleaning your teeth. Imagine if you only had to clean your teeth two or three days a week. And then every night you’d go, 'Should it have been tonight? Oh, I don’t know. But then tomorrow night I’m going to be tired because I’ve got that thing on. And I don’t know.' That part of your brain doesn’t have to think, 'Should I brush my teeth tonight or not,' because you brush your teeth every day.

"I’m one of those people that needs hard and fast rules. Otherwise, I find myself negotiating with myself. And that’s exhausting."

She also found that when she started using the language of ‘I don’t’ in response to requests on her time, people stopped trying to argue with her or talk her into what they wanted from her.

"When you say, 'I don’t do lunches,' that’s very clear. But if you say, 'I can’t have lunch on Tuesday' the person might then say, 'What about Wednesday?' And it’s like, 'How about never? Is never good for you?'" she jokes. "It’s a clear line in the sand."

Freedman does two other things when saying no.

"I’m very honest. I say, 'Thanks so much for the invitation but the demands of running a business and having a young family means that I just can’t do anything except those two things.' And no one can argue when you say work and family. No one can go, 'Aw, but please?'"

"People are incredibly appreciative if you respond quickly. Because what most people do is think, 'Oh, I don’t want to disappoint them so I’ll just ignore that.' But people don’t mind hearing 'no'. They’d prefer a 'yes' but they’ll deal with a 'no'."

And removing the anguish of worrying about disappointing people with this strategy means that you remain the boss of your time and energy.

This is an edited extract from Time Wise by Amantha Imber. It's available now at all good bookstores, or you can purchase it here.