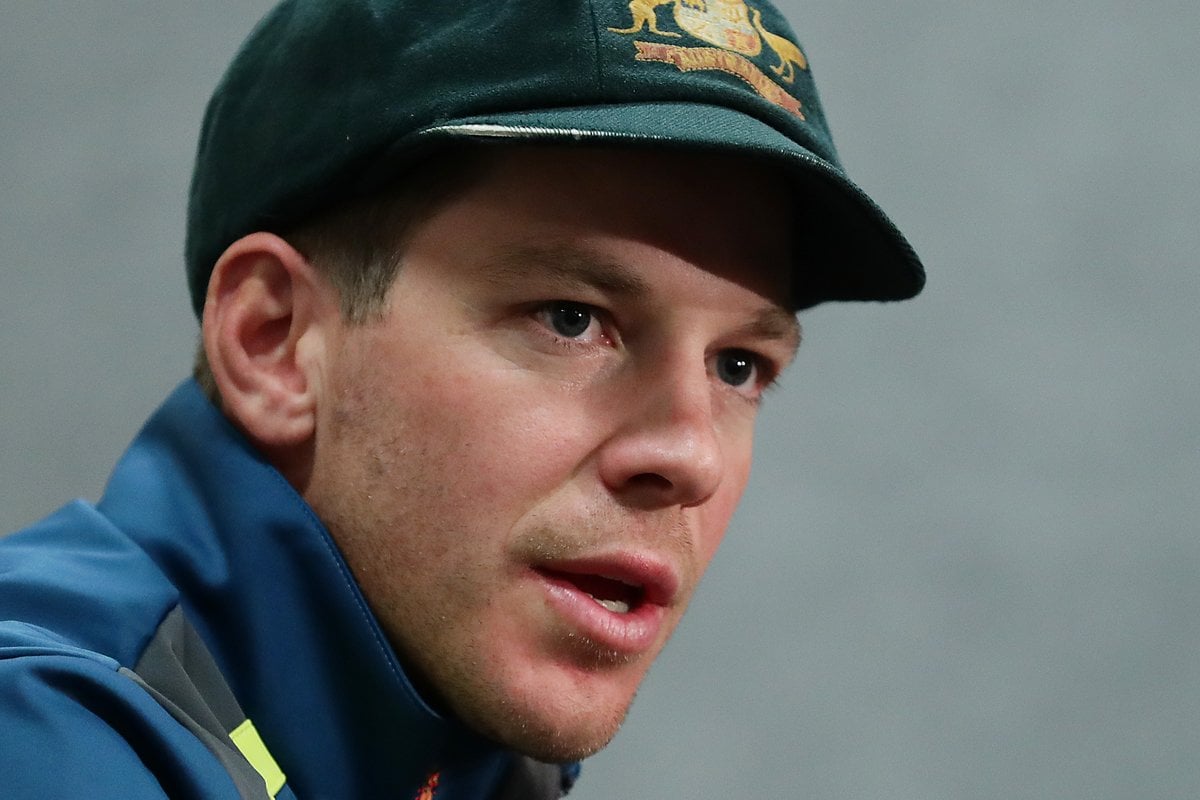 This post deals with sexual harassment, and could be triggering for some readers.

It was only a few months before Australia's infamous ball-tampering incident that Australian cricketer Tim Paine, a husband and a father, decided to send a picture of his penis to another woman.

We know it was an act of infidelity. According to the woman who received it, the image was also sexual harassment.

On Friday afternoon, Paine stood down as the Australian cricket captain. The 36-year-old was aware explicit text messages exchanged with a former colleague were about to be made public. He had known this day was coming. The woman claimed back in 2018 that she was offended by Paine's "sexually explicit, unwelcome and unsolicited photograph", as well as the "graphic sexual comments".

It is unclear at this point who leaked the text messages. There is no suggestion the woman did. The point of printing the contents of the messages is also unclear. It does not prove, nor disprove, either side of the story. It simply makes public what was clearly intended to be private.

What has been interesting to watch is the response to the story, particularly from women. Many would like it on the record that no woman, ever, wants to see a dick pic.

Kerri Sackville captured that sentiment in a fantastic article in The Sydney Morning Herald this weekend. She wrote about a phenomenon just about every woman knows to be true - being sent a random, disembodied, unsolicited dick pic, by a man who thinks his genitals are far more interesting or powerful than they actually are. At best, such an experience is ridiculous. Almost funny. The stuff you roll your eyes about with friends over a drink. At worst, it's harassment. Digital flashing. It's aggressive. It can be triggering and distressing.

But there was one sentence of Sackville's, which has been shared by many, that I take issue with. She wrote: "If we don’t ask, for god’s sake, just leave it in your pants. Your big penee may fascinate you, but it really does nothing for us."

What this speaks to is a conflation we've seen over the past few days of 'sexting' and 'sexual harassment', as though the two are at all the same thing.

There are women, and men, who exchange nude photographs all the time. To suggest that women never want to see a penis is to deprive them of sexual agency, and reduce them to a sexual object rather than subject. Women, too, have sexual desires, and perhaps for some heterosexual women, an image of a penis is something that excites them. There is nothing inherently 'seedy' or questionable about the consensual sharing of nude pictures.

The problem isn't the dick pic.

The problem is the unsolicited dick pic.

And if one was to just skim the headlines of the last few days, you'd think they were the same thing.

Listen to this exact conversation play out on this episode of Mamamia Out Loud. Post continues after podcast.

To suggest that consensual sexting is harassment because no one ever wants to see your penis is reductive and unhelpful, and has the ability to minimise the experience of legitimate sexual harassment.

What dick pics also do is even up the score.

When men and women consensually share naked photos, it can make the terms of that relationship feel more equal. That's why sexting exchanges so often include the words "your turn". When one person exposes themselves, and the other doesn't, one party is left substantially more vulnerable.

For people who have spent the last 18 months adapting to dating within the confines of a global pandemic, dick pics have probably become even more commonplace. Since human beings first discovered they had genitals, they've been desperate to replicate them. Sometimes that's part of a valid and healthy sexual experience. Other times, it's criminal.

In 2021, when everyone has a smartphone in their pocket and dating has migrated online, we need to have more nuanced conversations about the sharing of explicit material.

Should men seek enthusiastic consent before sending a dick pic? The answer is almost definitely yes.

Does no woman ever want to see a picture of a penis? That's probably not quite accurate.

We do not know exactly what happened between Tim Paine and a former colleague four years ago. But we know better than to conflate two scenarios and reduce them to one scandal.

"Sexting" while married with a newborn at home is one thing.

Sexual harassment, which she says it was, is another thing entirely.

"Sexting" [another person] while married with a newborn at home is one thing.

Sorry, but I don't agree. The fact that the person doing this is married is not really relevant to anyone else. We aren't people's moral guardians.
K
katp 6 months ago

Reply
Upvote
1 upvotes
@simple simon if that were my husband I'd be thinking it was pretty relevant.
S
simple simon 6 months ago

Reply
Upvote
@katp Yes, but he isn't your husband. (And I assume women who are married to high profile sportsmen (and musicians) know how it works.)
K
katp 6 months ago

Reply
Upvote
1 upvotes
@simple simon how what works?
This person has made more than one moral error. "Cheating" on spouse by sending the messages, and allegedly sending them non-consensually. And possibly in breach of code of conduct.
H
hopey 6 months ago