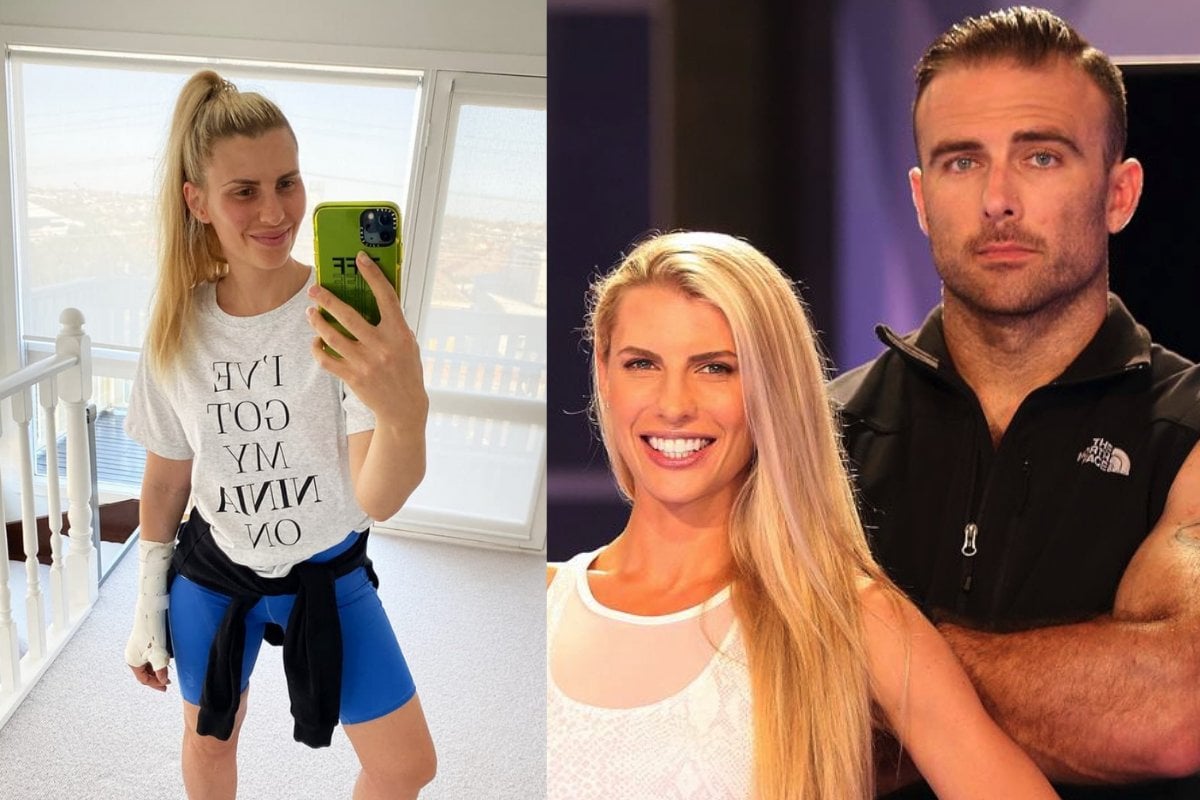 It's been a decade since Tiffiny Hall first appeared on The Biggest Loser, and it's not something she believes she will ever go back to.

Her journey didn't begin on the highly controversial weightloss show though, but as 'Angel' on the 2008 resurgence of the sports entertainment program Gladiators.

After her 2008 stint, she began lending her expertise to The Circle, and providing fitness and lifestyle tips on The Morning Show. Then came the call from The Biggest Loser.

Watch: Thinking of trying out pilates but don't know if it's for you? Try this 'Booty Burn' sesh by Peaches Pilates. Post continues below.

"It was many, many years of teaching grass roots... Many, many, years until I popped up on TV," she told Mamamia. "Everyone always says things like 'she is an overnight success' but behind every overnight success, there's 10 years of hard yakka." 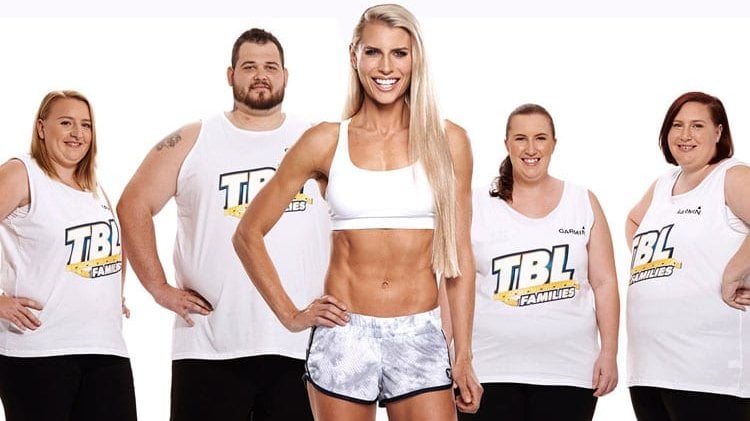 The beloved taekwondo instructor on The Biggest Loser fast became a household name. Her approach to her team on the show, was personal and more grounded than the other coaches, and it's a tactic she's carried into her own business, TXO.

"I really wanted it to be very personal and have a relationship with my members," she explained. "The business has grown to thousands and thousands of members. Our community is very close, I do know my members, and many of them by name.

"Some of them have been with me since the start."

In 2014, Hall married comedian Ed Kavalee, then began to transition her businesses into the online world. Letting go of her TV career, one that had been cultivated for over a decade, was not a hard tie to cut.

"I didn't like the narrative of reality TV and I didn't agree with The Biggest Loser's ideals and values at the time," she admitted. "I was really happy to let that go and I don't think I'll ever return to television."

While she loved having the ability to train Australia on TV, it became difficult to juggle the concept of helping everyone. On her last season of The Biggest Loser, Tiffiny made an Instagram account and it would fast became the new medium for engaging and supplying content to the masses.

"I thought 'oh I want to try online fitness so I can train everybody and give back'...I just really wanted to try and empower women through fitness globally."

After getting married, she took a major financial risk by starting TXO. "At the time it didn't exist [training globally], people were doing exercises with voice overs and I wanted to train people one on one and create a programme that was personal. I didn't want it to be corporate."

The labour of love into her own online fitness community evolved continously, and what we know now as a major training programme has been able to reach hundreds of thousands of people.

However, Tiffiny says the online world she joined, after nearly a decade in TV, felt like starting an entire career again.

"The way you market yourself for a television programme is through doing TV interviews, radio interviews, you know, you might do a magazine cover," she said.

"I've done that a million times but online digital marketing, and creating a really strong online presence is so much work."

When she began on social media, after almost 10 years on television, Tiffiny found herself with less than 1000 followers. Finding the audience that had resonated with her throughout her career had been a difficult feat, but via the digital landscape, Hall was able to find another community.

"I did have to start again and I had to focus on building my audience again through Instagram and finding my audience online," she said. "My audience, who would have watched The Biggest Loser and followed me on TV, aren't necessarily the audience that lives online and does my workouts today. It's very different."

During the coronavirus pandemic, which saw cities across the globe go into major lockdowns, Hall found there was a space for online fitness. A gap in the market was found, so she made a slot for herself by offering free online workout programs for those stuck at home.

"People didn't have access to their gyms so they were looking for a home training solution which I offered them and things kind of aligned to be the right time," she said.

"But in saying that I wanted to help people so badly, because I was feeling the negative effects of lockdown myself."

In 2018, Hall welcomed her now four-year-old son, Arnold. Then in 2021, Hall revealed to her 222,000 Instagram followers that she had chronic fatigue syndrome (CFS), also known as myalgic encephalomyelitis (ME), and postural orthostatic tachycardia syndrome (POTS).

Naturally, the condition got harder to cope with after she had her son.

"I was running a business, had a baby, and then I had a crash. I never had a crash as a mother before," she said.

Hall has had to take on new coaches to work for her business and has incorporated new methods to help keep her mind and body on track.

"I've become a mother, whilst I've had this business I've had multiple injuries and setbacks and health issues. You know, it's life, it doesn't go to plan, so I've had to adapt," she explained.

"I'm getting older as well so I've gotten other trainers coming in because my body can't sustain the level of exercise and workout videos I used to record when I was 27. I'm 37 now and I'm proud of that."

"I'm proud that I've always been able to be agile."