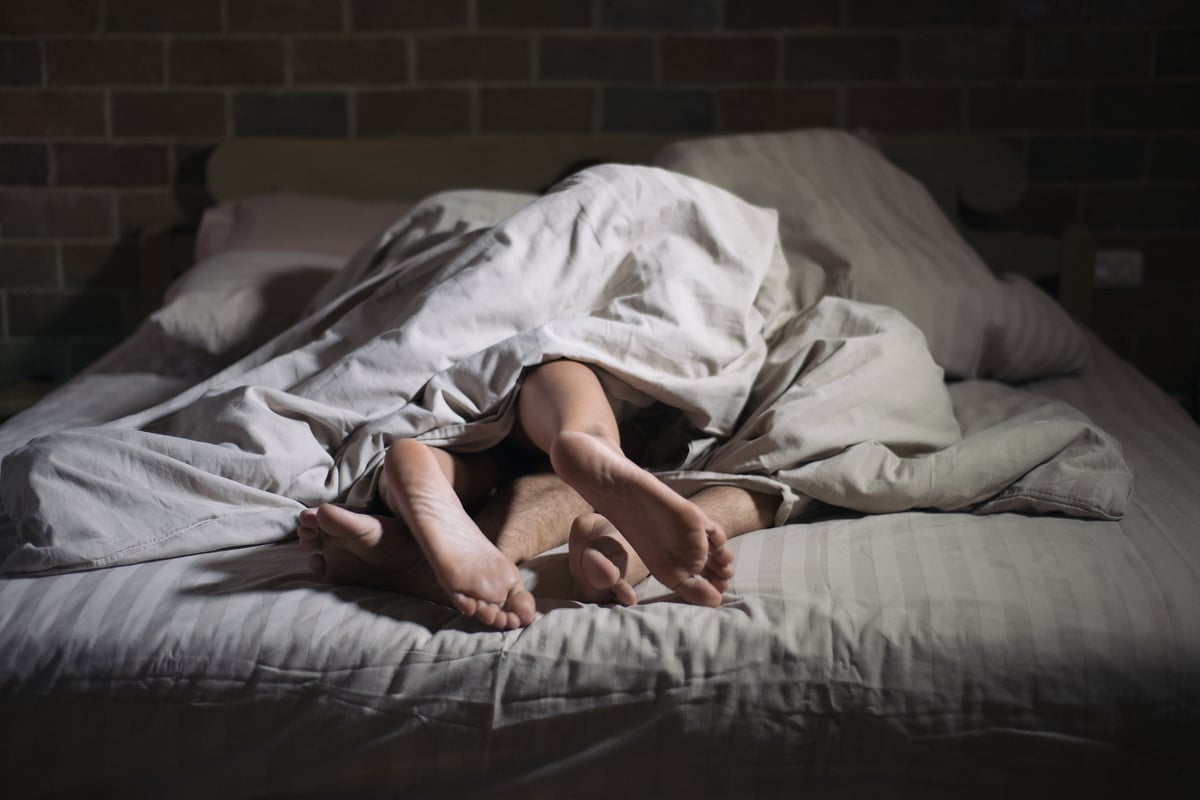 Threesomes are often presented as the ultimate sexual fantasy, but have you ever wondered how to arrange one? And what happens afterwards?

On the night it happened, all of us were at our local bar with lots of other friends, including a long-time friend of Bridget’s, named Mike, who was back in town for a visit. After a drink or two, I just decided that I was going to flirt with Bridget and see what would happen.

I think I might have suggested to Bridget that Mike was cute and that maybe it would be fun to take him home with us. At some point, she asked Mike, and he agreed.

Once we were home and in the bedroom, it took a bit of time to get started but luckily Mike took the lead, which I was happy about. I was nervous because there were a few things I just knew I wasn’t comfortable doing. Everyone was really cool though, and no one pressured anyone. I could see Mike wanted to do more with Bridget and Bridget wanted to do more with me, so I happily stepped in to pleasure Mike or I think I would have felt guilty if he ended up being left out.

I still reminisce about that night sometimes, and only ever fondly and gratefully.

After that night, Bridget and I had maybe one conversation about it specifically. I think she was just checking in and making sure we were good. I just reassured her it’s all good and no worries. We did mess around a couple more times by ourselves over the next year. We are still good friends to this day.

Don’t be pressured, or pressure someone else, into doing something unwanted.

I have had multiple experiences of threesomes and I have tried both female-male-female and male-male-female combinations. When I got divorced, I also tried couple swaps where both couples are in the same room.

After my marriage ended, I became more experimental as a way of exploring my sexuality and having the freedom to tick off my sexual bucket list!

I have always planned my threesomes thanks to an app for swingers called Red Hot Pie (RHP) which is notorious for hook-ups only. I found out about the app through a swinger friend of mine. So, once I was single, I explored RHP, and I met a few singles and couples wanting a 'unicorn' (single woman).

I probably prefer male-male-female overall as I get to be the centre of attention and when I am with another woman, I compare myself too harshly to her. Not just my body, but performance wise too. I also like to please men, so I enjoy knowing they want it.

It's never been awkward afterwards and I have actually become great friends with all involved after.

Be sure to make sure you know the rules of their relationship if you are taking part as the third person and tell them your rules too!

Another tip would be to meet first for a drink so you can work out if there is attraction and trust and to be sure they are your 'people' before you enter a bedroom with them.

I have had a few casual group sex encounters.

I also had a foursome that was totally spontaneous - I met a girl on the dancefloor at a nightclub and there was an instant attraction. We made out a bit, and I soon realised she had a male partner. At the end of the night, I asked my male friend plus the couple if they wanted to come back to my apartment for a drink. As soon as we got inside, both couples began kissing, and then it all went from there.

There was plenty of communication throughout between all four of us so it never felt like anyone was left out or not comfortable. I woke up the next morning feeling like I ticked off a bucket list item. Now that I am in a serious relationship, I think nothing like that would happen again so I am glad I had the chance to do it then.

For anyone keen to experiment, I would advise talking to your friends or your therapist first.

If you are with a partner, try a sex club first. Even if you are just spectating - it gives you a good idea of what to expect. A sex club is a great way to get comfortable around group sex - there are some great ones in Sydney you can try!

I had several threesomes over a short period while my husband and I were on holidays.

We organised it together with the third person - a man we got in contact with through a site (RHP) that many people use for swinging or casual sex.

Afterwards I felt a little bit of 'new relationship energy' regarding the other man, but that quickly wore off. I actually lost interest in the other guy and now we prefer to catch up platonically (the three of us) for dinner when we can.

I would advise you to try it, but if you are in a couple, only do it if you are confident in your relationship. Don't use it as a last ditch effort to fix any issues because it will amplify them. 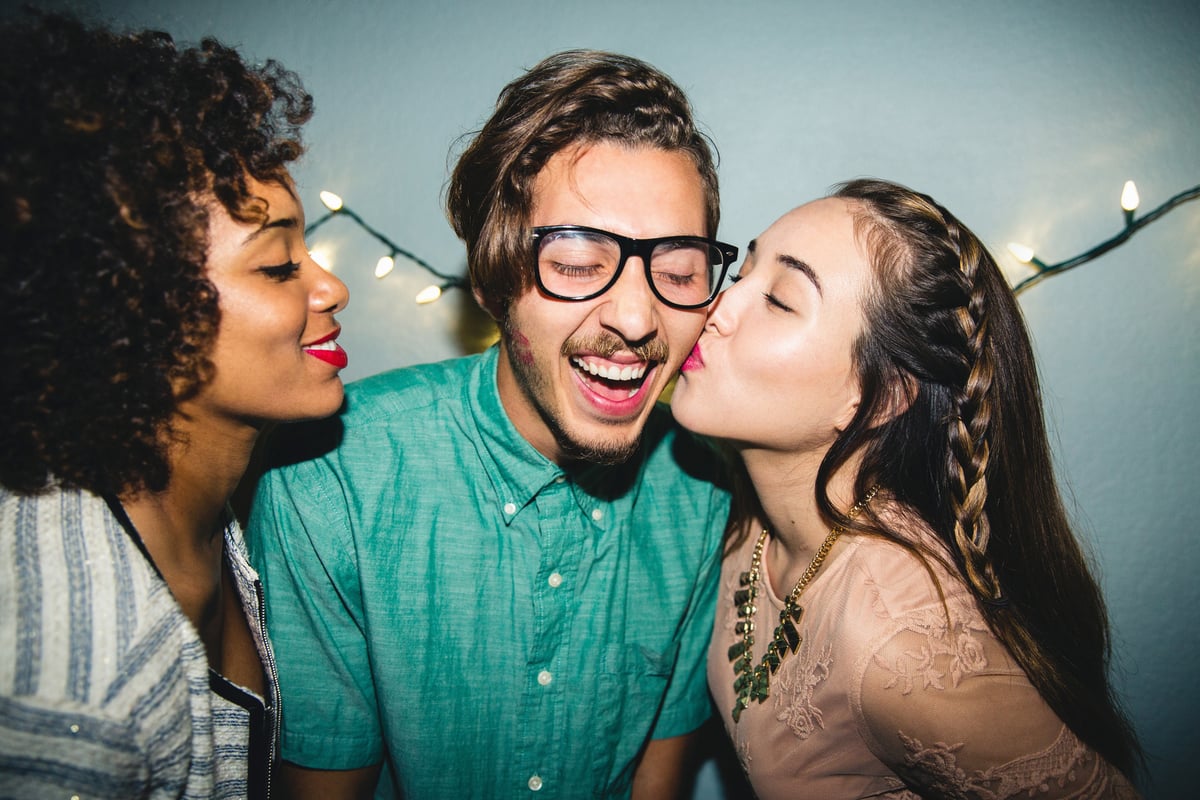 My experiences of threesomes were a lifestyle choice I made while in my early 20s at university. In high school I had been part of a traditional monogamous relationship but once I got to uni, I rejected monogamy and came out as pansexual.

Looking back now, the threesomes were mostly incredibly fun. I've been with both women and men and a combination of both, and when you do have more than two people together sexually, there is a different flow of energy, I enjoyed the playfulness of it.

Eventually my girlfriend and I broke up as we were fighting a lot and wanting different things.

I then had a period of non-monogamous relationships but had to stop and really take a look at the quality of men I was bringing into my life. I was also sick of the chaotic narrative I had created around myself. I actually took a year off sex and was celibate for 12 months and now many years later I am married to a man.

Reply
Upvote
I have friends that do it occasionally. They'll go to the pub and pick up a guy or girl and take them home. I don't get it but it works for them, so I'm happy for them.
If they can't find anyone they have a unicorn they call on.
News
General
Opinion
True Crime
Politics
Sport
Explainer
Entertainment
Celebrity
Reality TV
Movies
TV
Books
Rogue
Royal
Lifestyle
Beauty
Fashion
Weddings
Home
Wellness
Health
Fitness
Travel
Food
Parents
Before The Bump
Pregnancy
Baby
Kids
Teens
School
Parent Opinion
Work & Money
Money
Finance
Career
Lady Startup
Relationships
Sex
Dating
Separation
Friendship
Family
Real Life
Couples