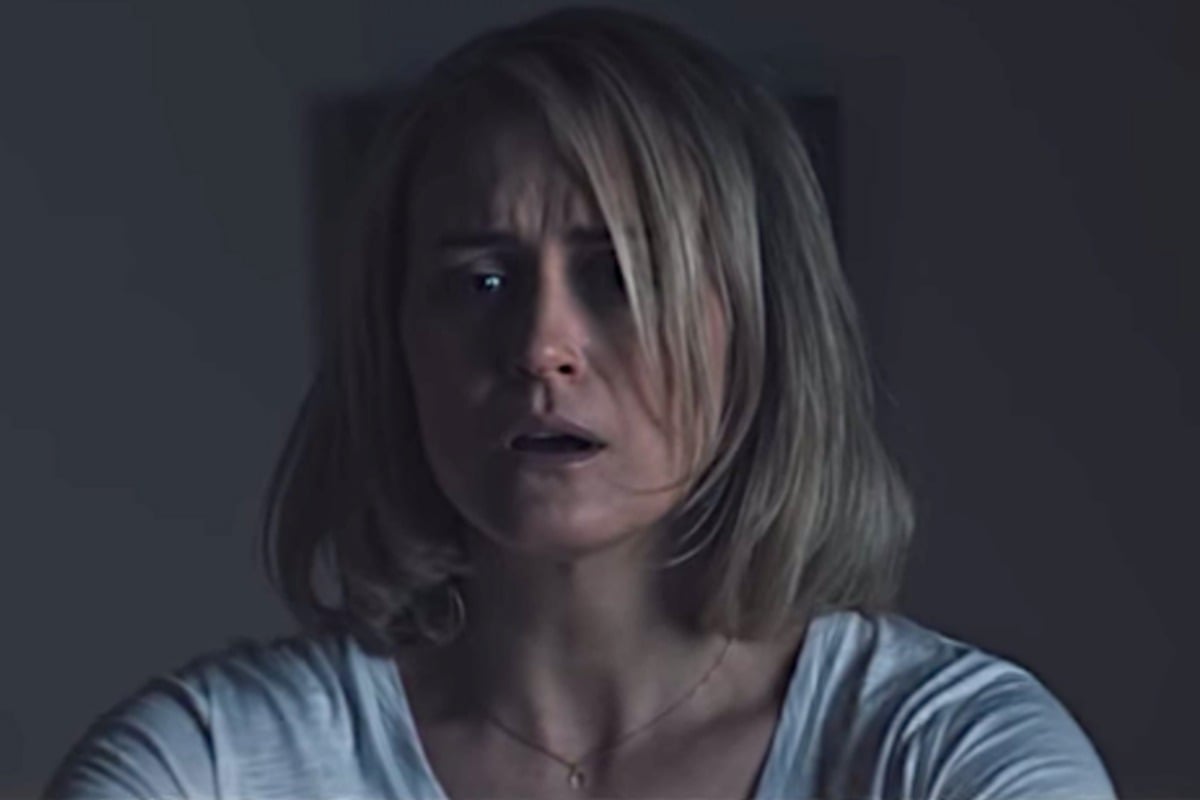 You might want to lock all the doors and check under the bed before you read this one.

You see, Orange Is The New Black’s Taylor Schilling is starring in a new horror movie called The Prodigy.

It’s so scary the director, Nicholas McCarthy, had to go back and re-edit an entire scene because the test audience would not stop screaming.

“I’ll say this,” McCarthy told Entertainment Weekly. “The first time we previewed the movie, there is a section where people screamed so loud that we had to go back and re-edit the scene that followed it, because people were still recovering from what they had just seen, and they were missing the dialogue.”

In the movie, Schilling plays a woman named Sarah who has a young son named Miles. Miles starts exhibiting strange behaviour and it soon becomes apparent that he has been possessed by an evil, supernatural being.

Then, of course, shit gets real.

“Four years ago, I was sent a script for this movie,” McCarthy told EW. “For the first half, I was thinking, ‘Wow, this is a really interesting, and creepy, and twisted variation on the evil kid subgenre.’ But then the script just went to this place that I couldn’t believe. That’s what made me go from, ‘Here’s a movie I think might be cool’ to, ‘Here’s a movie that’s gotta be made.'”

In the trailer (which you can watch above) a therapist attempts to hypnotise Miles so that he can speak to whoever or whatever is possessing him. In another scene, Sarah finds her son standing in the hallway at night. When she asks him what’s wrong, he morphs into something… bone-chillingly scary.

Anywho, we can’t bloody wait to scream our heads off over this.