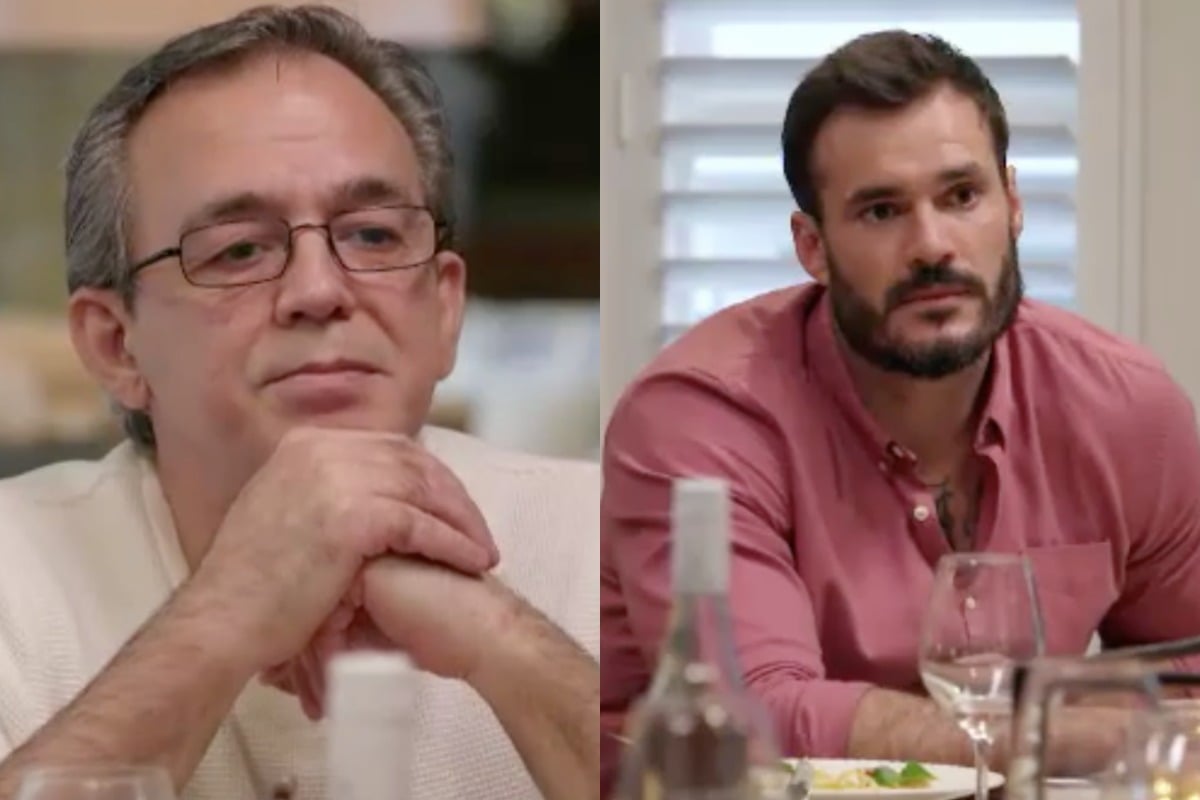 Tonight we settled in for an hour and a half of family visits, awkward laughter and some very dramatic interrogation.

That's right, it was hometown dates. First up was Izzy, and after a quick yoga session and the discovery of Locky's... third nipple, it was time to meet the fam. They wasted no time asking Locky about his reality TV past, core values and what he thought about feminism. But despite the tough questions, Locky seemed to impress the women, with Izzy's mum even asking if she can have some of his... sperm. ¯\_(ツ)_/¯

Next up was Irena, but unfortunately due to COVID-19 border closures Locky had to meet Irena's family over video call. And it didn't take long for Locky to be grilled by Irena's brother, who was definitely not a fan of seeing Locky touching his sister.

The grilling continued into both Bec and Bella's family visits, but in the end, Locky seemed to win everyone over. Well, except for Bella's dad but that's because he did some serious FBI digging into Locky's past.

In the end, Bella and Irena emerged as our final two. But that comes as no surprise considering 1) Bella had just dropped the L-word and 2) precisely all the spoilers that have been leaked this entire season.

Here's how Australia reacted to tonight's episode on Twitter.

Literally Locky had more to say about having a third nipple than he had to say about feminism #TheBachelorAU pic.twitter.com/CSKlkZuljf

Dude wishes he was on that Survivor island right now 😂 #TheBachelorAU

This brother I can't take him serious with the mo #TheBachelorAU

bella: “it’s nice to kiss him without eyes on us again”