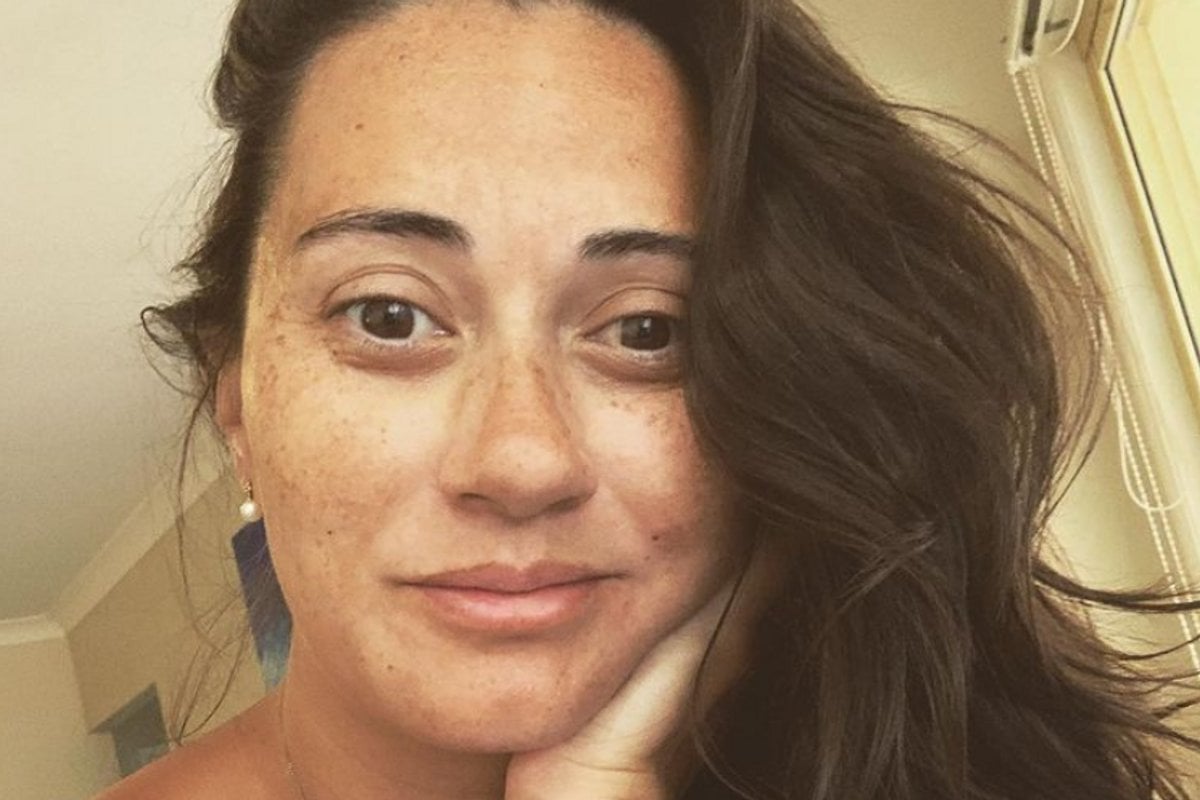 Today is my wonderful husband's 35th birthday. He went and gifted himself a vasectomy.

Had I known he’d prefer to have his balls cupped by a man, I would have spent the money on some new shoes for myself.

Adrian, my darling husband, says his world is complete. He says he has everything he needs (plus new sunglasses), and on some days he says he has more than enough.

After Hazel, our second, Adrian often joked about getting the snip and I “joked” about having a third baby.

You know, those serious jokes where you laugh but you also raise your eyebrows and stare directly at the other person to gauge their response to aforementioned “joke”?

Before conceiving Hazel, it reminded me what it was like to actually feel my body, and how being on contraception numbed so many parts of me.

After Hazel's birth I decided I didn’t want to go back on the pill or any other form of contraception. I can say honestly, similar to Adrian making the decision to get the snip, it wasn’t negotiable.

I wasn’t asking Adrian, I was telling him. I was taking my body back. So really, Adrian has had to take it upon himself to make the best possible decision regarding contraception.

Adrian lagged on getting the snip after Hazel, and he will tell you it’s because we lived rurally and it all just seemed too hard. But anybody that knows my husband knows that nothing is too hard for him, and if he wants something, he does it.

Therefore baby number three was inevitable - it was what he wanted.

The day Evander was born, Adrian was Googling vasectomies. So the proof is in the pudding. He wasn’t done before. He is done now.

Me? Well. I had hoped that after the birth of Evander I would feel an overwhelming sense of completion.

There were tiny bursts of ‘never again’ moments at three in the morning while my nipples were bleeding and I couldn’t get out of bed by myself due to major abdominal surgery.

But there were even bigger bursts of ‘let’s do this again’. I can admit that it was in those moments of staring down at my beautiful third baby, feeling the rush of hormones flush away the poo, spew and blood, that I knew I would need Adrian to make the decision for us to tie our family in a bow.

I know now that I don’t have the capacity to call it quits, and I’m not willing to keep breeding in the hope that I will one day get that unicorn feeling of knowing I’m done.

So here we are.

Five weeks post the birth of our third baby, on my husband's 35th birthday, as I write these very words, Adrian is under the knife. And me? I’m fine.

I’m sitting in front of The Cheesecake Shop waiting to pick up Adrian’s birthday cake. I’m staring at the shop window and I’m envisioning picking up the cake, throwing it in the gutter and stomping on it.

He might be the one taking a scalpel to the balls, but I’d be willing to go under the knife a million times more to keep having his babies. (Theoretically of course.)

That is why I don’t hate him. I want to stomp on his cake, yes, but I’m grateful that he has the courage to turn the page and close a chapter, so that we can move forward. I’m grateful for our three beautiful and healthy children and the life we are building.

Today I grieve. Perhaps a part of me will always grieve this change.

Tonight, Adrian will be having his cake and eating it too.

Unless I stomp on it.

This post originally appeared on the blog Fly In My Wine.

Tiare Snow, author of 'SHE: a collection of you, me, her', and blogger at Fly In My Wine, is also a wife of one and mother of three. Wine, writing, and building book clubs fill the in between moments of her daily life. Follow Tiare on Instagram.