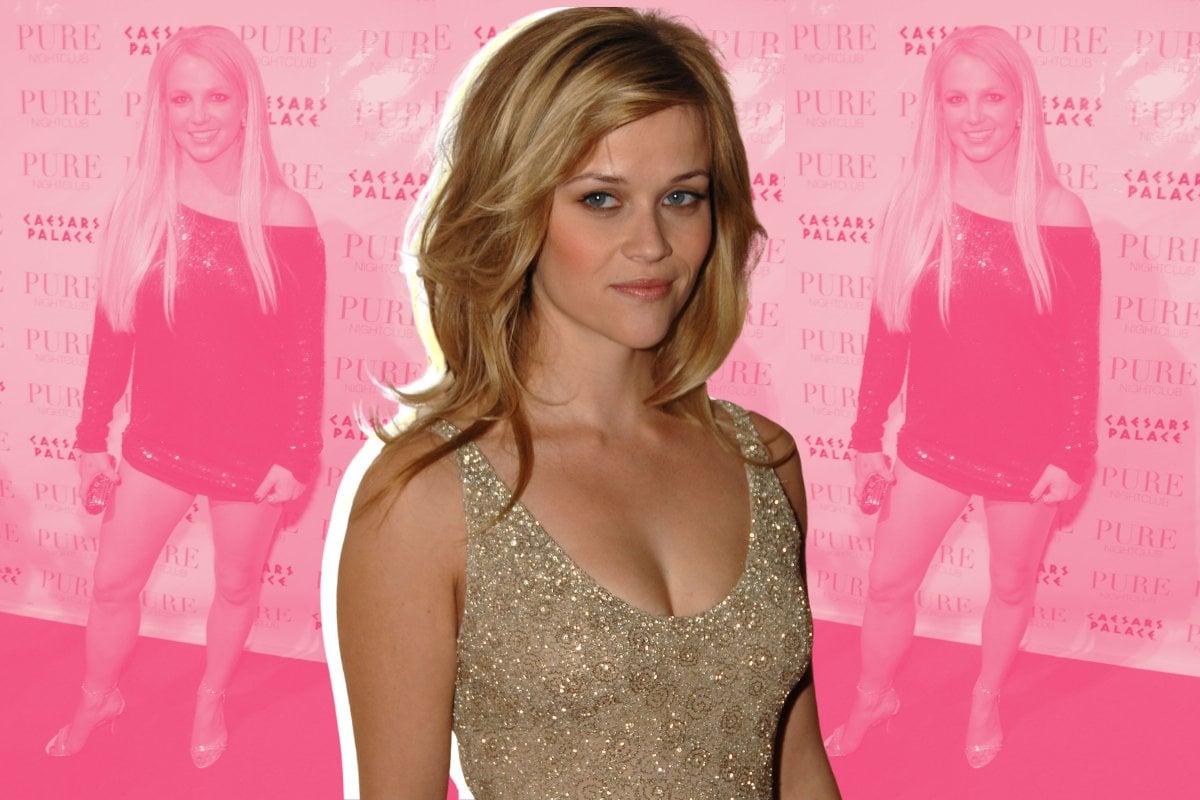 They both had two children. They were both hounded by the paparazzi. They were both caught on camera screaming at the photographers and journalists who were following their every move, while they went through one of the toughest periods of their lives.

The bad girl was Britney Spears. The good girl was Reese Witherspoon.

Fifteen years on, Witherspoon is one of the most powerful women in Hollywood. And Spears doesn't have access to her own bank account.

Witherspoon believes her life could have gone down a completely different track if the media had treated her the way they treated Spears.

Instead, she was labelled 'America's sweetheart' and her indiscretions hardly made headlines.

“What if the media had decided I was something else? I would be in a totally different position,” she told TIME Magazine this week. “I want to say it’s my decisions or the career choices I made, but it felt very arbitrary. And kind of sh*tty.”

Witherspoon told the publication she was also filmed screaming at the cameras, but it never stuck to her. It didn't tarnish her reputation like it did to Spears, Lindsay Lohan and Paris Hilton, and many other famous women from that era.

At the height of her career, Witherspoon moved her family to Nashville and since then she has mostly been able to live her life out of the intense spotlight of Hollywood. She's been able to guide her own narrative and build her own brand.

Most of us first met Witherspoon in the late 1990s as the fresh-faced, angelic high school student Annette Hargrove in the teen psychological thriller, Cruel Intentions. It was on the set of that movie that she met her future husband and father of her two children, Ryan Phillippe. The man she would be separating from in 2006.

After Cruel Intentions, Witherspoon went on to star in the cult comedy franchise, Legally Blonde. The movie made her a household name and further cemented her image as the 'good girl'.

She then found a niche in romantic comedies starring in films like Sweet Home Alabama, Just Like Heaven and Four Holidays.

By the mid-noughties we started to see a more serious side of Witherspoon, with roles in Walk the Line, Rendition and Devil's Knot.

In 2014, she moved behind the camera. She started her own production company, Pacific Standard, and produce Gone Girl, the blockbuster movie based on Gillian Flynn's New York Times bestselling book of the same name. She then produced and starred in Wild, based on Cheryl Strayed's bestselling memoir.

Under Pacific Standard she produced the first season of Big Little Lies, the HBO series based on Australian author Liane Moriarty's novel of the same name.

Witherspoon had found her niche. Her sweet spot.

She realised she wanted to tell women's stories and, as she told TIME, "make a lot of women a lot of money".

In 2017, she left Pacific Standard and started her new media company, Hello Sunshine, along with Reese's Book Club. She found a financial backer and eventually her CEO at Otter Media, a joint venture between AT&T and the Chernin Group.

“I didn’t have money to pay for all the employees, plus benefits, and keeping the lights on in an office,” she told TIME. “I started thinking, How could I make this into a bigger, farther-reaching, scalable endeavour?”

Hello Sunshine is now a 70-person, multi-platform company. They made the second season of Big Little Lies and the first season of Little Fires Everywhere for Amazon Prime Video. They're currently making the second seasons of Truth Be Told and The Morning Show in Los Angeles for Apple TV, and the movie adaptation of Where the Crawdads Sing in New Orleans.

Of the 54 books Witherspoon has picked for Reese's Book Club so far, more than 30 have gone on to make the New York Times best-seller list.

If Reese Witherspoon recommends something, millions of women across the world will read it, watch it, talk about it and share it.

Right now, Witherspoon is probably the most powerful woman in Hollywood.

But she thinks that's a fluke.

Her life could have turned out very differently if the media had dubbed her a 'bad girl' instead of a 'good girl'.