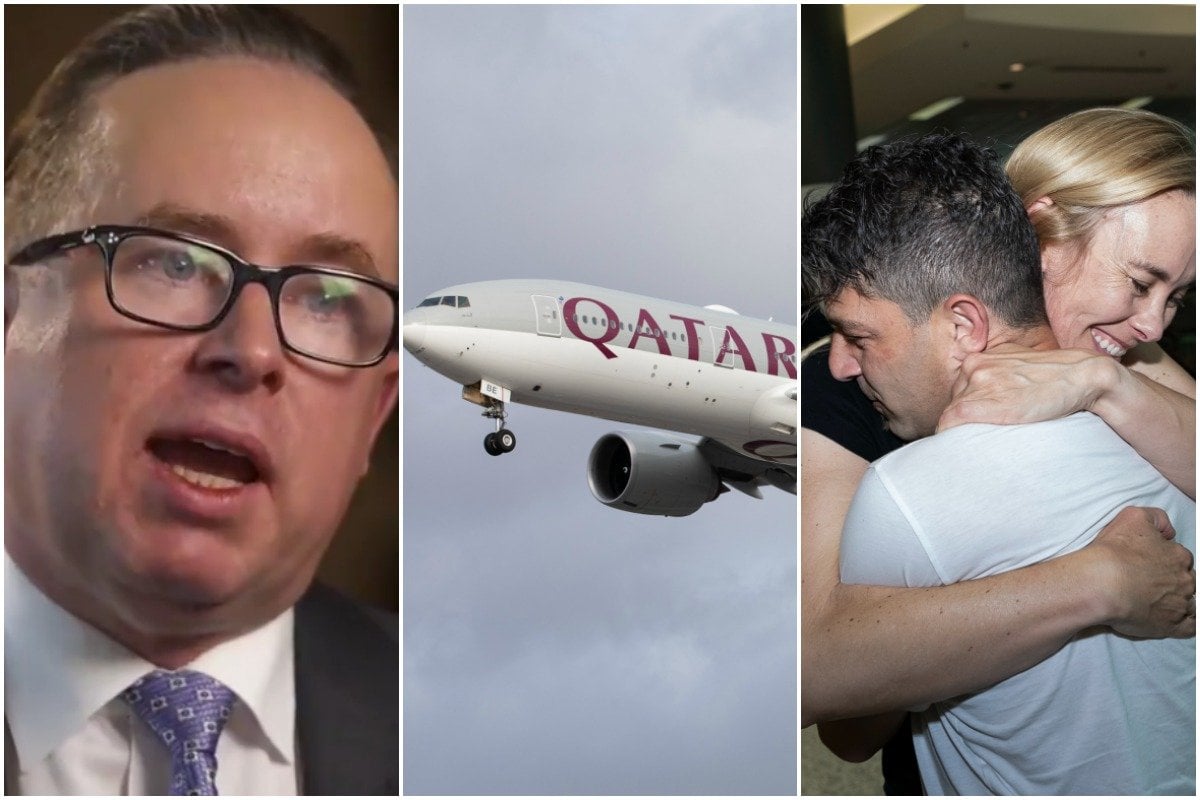 QLD border to open to NSW on December 1.

Queensland's border will open to all of NSW on December 1, Premier Annastacia Palaszczuk has announced.

The Sunshine State will also open to Victoria on December 1 too, if Victoria maintains no new COVID-19 cases tomorrow.

"Can I say to New South Wales – we welcome you to Queensland from December 1. We know how tough this has been on families. This is a great day," Palaszczuk told reporters.

"It's exciting news and it has met the requirements that [Chief Health Officer] Dr Young has set. In further good news, tomorrow is the day that Victoria will meet that threshold as well.

Qld to open border to all of NSW from December 1. Sydney-siders are finally welcome.

Victorians also on track to be allowed in from December 1. That will be confirmed tomorrow. @9NewsAUS

Dr Young said the state was waiting to see how South Australia's outbreak unfolded before making a decision about that state.

Prosecutors did not say how many police officers at Hamad International Airport faced charges over the October 2 incident that sparked widespread anger in Australia, a key destination for the state-owned Qatar Airways.

"Extensive investigations revealed that some employees of the Airport Security Department acted unilaterally by summoning female medical staff to conduct external examination to some female passengers, thinking that what they had done was within the law," a statement from prosecutors said.

Qatar's public prosecutor has filed criminal charges against an unspecified number of police officers working at Qatar's Hamad airport after a number of Australian women said they were invasively searched there last month. https://t.co/s2Lt1lHono

The abandoned newborn's mother, whom the statement described as a "convict," also faces up to 15 years in prison if apprehended.

The woman apparently flew out of the country before the baby was discovered.

Qatar has this morning confirmed they have identified the newborn's parents and are attempting to extradite the mother.

The physical examinations of passengers bound for Sydney and nine other unnamed destinations triggered outrage in Australia. The government denounced the searches as inappropriate and beyond circumstances in which the women could give free and informed consent.

Read: "I was in shock." Jane was one of the 13 Australian women invasively searched in Qatar.

Speaking on A Current Affair, Qantas CEO Alan Joyce says when the time comes for international travel, his airline will require proof of a COVID-19 vaccine prior to boarding.

The rule will apply for Australians exiting the country, and those entering from abroad.

"We are looking at changing our terms and conditions to say for international travelers that we will ask people to have a vaccination before they can get on the aircraft," Joyce told the show.

#BREAKING: QANTAS CEO confirms that proof that you've been vaccinated for COVID-19 will be compulsory for international air travel onboard his aircraft. #9ACA pic.twitter.com/dhk3Hsnxn9

“Whether you need that domestically, we will have to see what happens with COVID-19 in the market. But certainly for international visitors coming out and people leaving the country, we think that’s a necessity,” he added.

Qantas is working towards a July reopening of international travel, with Joyce predicting travel bubbles to be the way forward initially.

Nine soldiers have taken their lives in the past three weeks.

Nine Australian soldiers have died by suicide in the past three weeks with concern the stress of the war crimes inquiry released last Thursday played a part in some of their deaths.

One female and eight male soldiers - aged in their early 20s to 50s - have died.

A redacted version of Australia's alleged war crimes in Afghanistan was released after weeks of discussion about its horrific and disturbing contents.

So many soldiers taking their own lives in such a short space of time is believed to be unprecedented in recent Australian military history.

Vic has 24th virus-free day as it reunites with NSW.

Victorians have been reunited with cut-off interstate relatives, loved ones and friends, as the NSW border re-opened to end more than four months of exile.

The state on Monday recorded its 24th straight day without new infection or death, inching closer to Queensland's benchmark of 28 days without unlinked community transmission to re-open to Victoria.

NSW re-opened its border to travellers from the state just after midnight on Monday.

After 138 days the first planes and cars from Victoria have crossed into NSW, sparking wild celebrations at airports and in Albury-Wodonga.https://t.co/PDfopEIcSg

Qantas and Virgin Australia rolled out the welcome mat at Melbourne and Sydney airports for the first passengers to arrive on Monday morning.

The ACT is also now accessible to Victorians, while Tasmania and South Australia have flagged potential reopenings to the state in the coming weeks.

Queensland Premier Annastacia Palaszczuk could make a decision to bring down her state's hard border closure to Greater Sydney as early as today.

The family of six involved in a car crash in Queensland on Sunday have been identified, along with the details of their harrowed escape and attempt to rescue their children from their submerged car.

Mel Martin, 33, and Dylan Wadley, 23, were travelling from Pimpama on the Gold Coast to their home in Pratten with their four children about 2:00pm when their four-wheel drive rolled down an embankment. 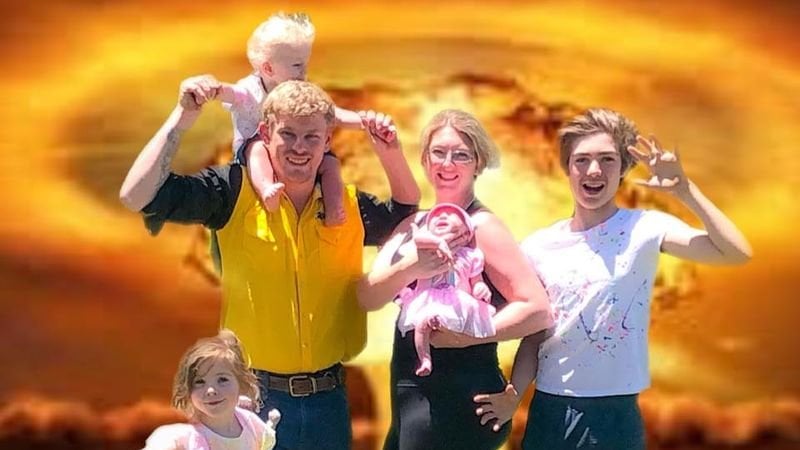 The family of six crashed were all inside the Land Rover when it crashed. Leo (far right) and Mia (far left) didn't survive. Image: Facebook.

The couple were able to remove their newborn daughter and one-year-old son but they couldn't open the doors to get to their older children, 13-year-old Leo and four-year-old Mia who died at the scene.

Police are considering whether Mr Wadley fell asleep at the wheel, but investigations are ongoing.

A teenage boy has been charged after another teen was stabbed at their western Sydney high school.

The victim was taken to Westmead Children's Hospital and remains in a stable condition.

The alleged assailant handed himself in to police about 8pm on Monday.

He was arrested and charged with wounding a person with intent to cause grievous bodily harm.

He was refused bail and will appear in a children's court on Tuesday.

A British man has admitted almost 100 sexual offences against boys as young as four, with police suspecting he might have approached more than 5000 children around the world to lure them into sending explicit photos of themselves.

Labourer David Wilson, 36, pretended to be multiple teenage girls on Facebook and other social media to contact victims in the United Kingdom, the United States and Australia, Britain's National Crime Agency said.

He sent sexual images of young women that he had found online in exchange for the boys sending him videos and images of themselves.

Once he had built up their trust, he blackmailed them into sending him more extreme footage of themselves - and in some cases of them abusing younger siblings or friends.

Appearing at Ipswich Crown Court on Monday, he admitted 96 offences against 51 boys, aged from four to 14. He will be sentenced on January 12.

- Oxford University has revealed its COVID vaccine is up to 90 per cent effective.

- After four weeks of partial lockdown, England is set to return to a "regional tiered approach" in December.

- New Zealand Prime Minister Jacinda Ardern has offered to share her nation's expertise on dealing with the coronavirus with US President-elect Joe Biden during a phone call to congratulate him on his election victory.

- Trump's election team has distanced itself from lawyer Sidney Powell who drew ridicule and criticism after claiming electronic voting systems had switched millions of ballots to favour Biden without a scrap of evidence.