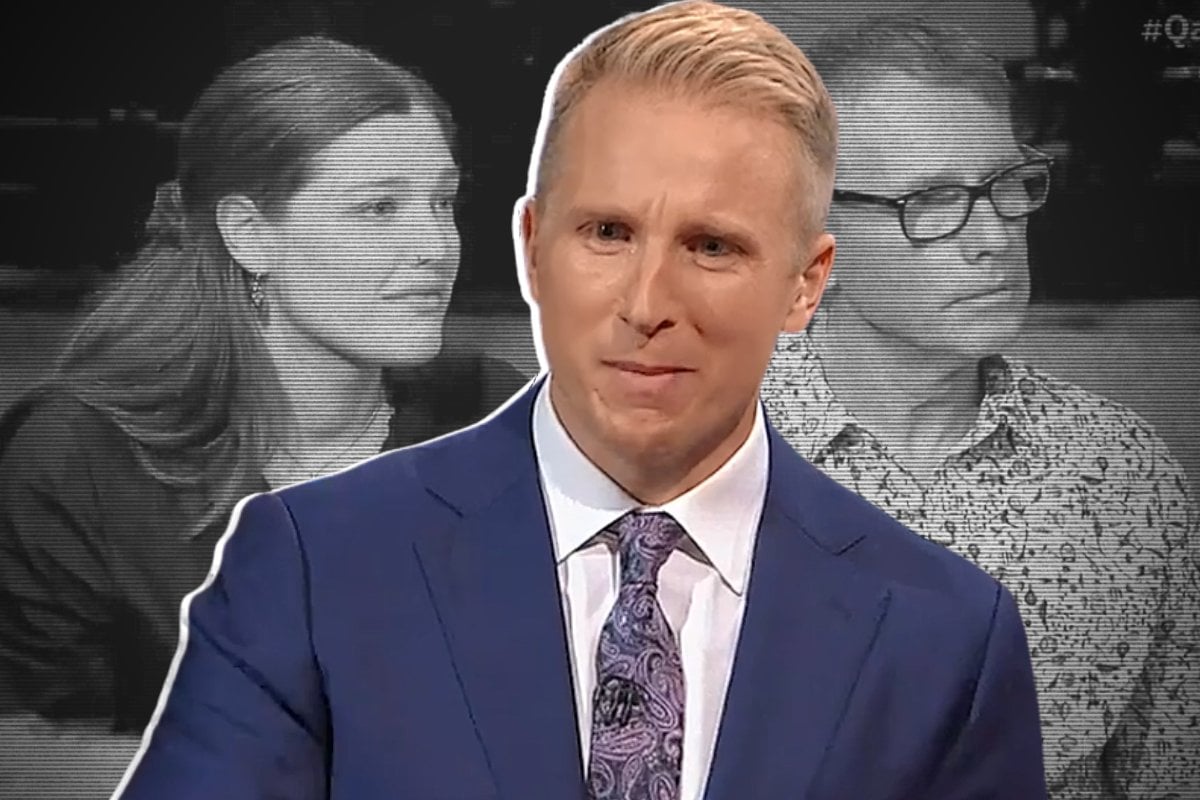 Yet, already, he is facing the prospect of going into aged care.

Tim lives with younger-onset Alzheimer's disease — a form of dementia. It's degenerative, irreversible and impairs memory, thinking and behaviour.

On Thursday night, Tim and his daughter, Prue, appeared on ABC's current affairs panel programme, Q+A, to share their story. The episode focused on aged care, ahead of the imminent release of the report from the Royal Commission into the quality and safety of the sector.

"I think what makes it scary is he's so much younger," Prue told the panel.

"He's going to be potentially going [into care] in his 60s or sooner, which we really want to avoid. But if that occurs, how can he live his best life in these facilities that aren't really set up for him at his age?"

When it comes time for his family to make that decision, Tim acknowledged, "That's going to be difficult and, probably, it's going to be hard for them as well."

The Australians falling through the gaps.

Though dementia more commonly affects seniors, it's estimated that 28,300 Australians under the age of 65 live with some form of the disease.

The early symptoms of confusion, memory loss and spatial difficulties ultimately give way to steep cognitive decline that results in the person being entirely dependent on others.

Yet as Dementia Australia CEO Maree McCabe has previously noted, "People with younger-onset dementia often fall between the gaps of disability services, [which] typically cater for younger people who may be cognitively able, and aged care services, which cater for older people with decreasing mobility.

"Neither service is equipped to support the increasing needs of younger, and often physically able, people with dementia."

Listen: Food entrepreneur Simmone Logue lost her partner to dementia long before he passed away.

Limited funding is available through the National Disability Insurance Scheme for those who need in-home assistance, such as help with everyday tasks like showering, as well as transport to social activities, occupational therapy and so on.

But patients seeking full-time care in a residential facility often find the options to be limited, not age-appropriate and prohibitively expensive.

As Tim's daughter, Prue, said on Q+A, "We'd like to be able to put him in a facility that will support him and his needs, but I don't know if he could afford that or if we would get in.

Listening to their story had the show's host, Hamish Macdonald, holding back tears.

"I'm so sorry to hear that that is a choice you've got to make as a family," he said, voice trembling. "I'm sorry."

Tim and his wife, Laura Granger, previously spoke to Hamish back in 2019 on Radio National Breakfast in which they detailed the toll of the disease. How Tim had to stop working and driving, how he struggles to dress, how their daughter moved back home, and how they had to sell their house.

"The basic thing, at the end of the day, is to keep going," Tim said. "You've got to keep going, because if you stop, with this disease, it'll get you."