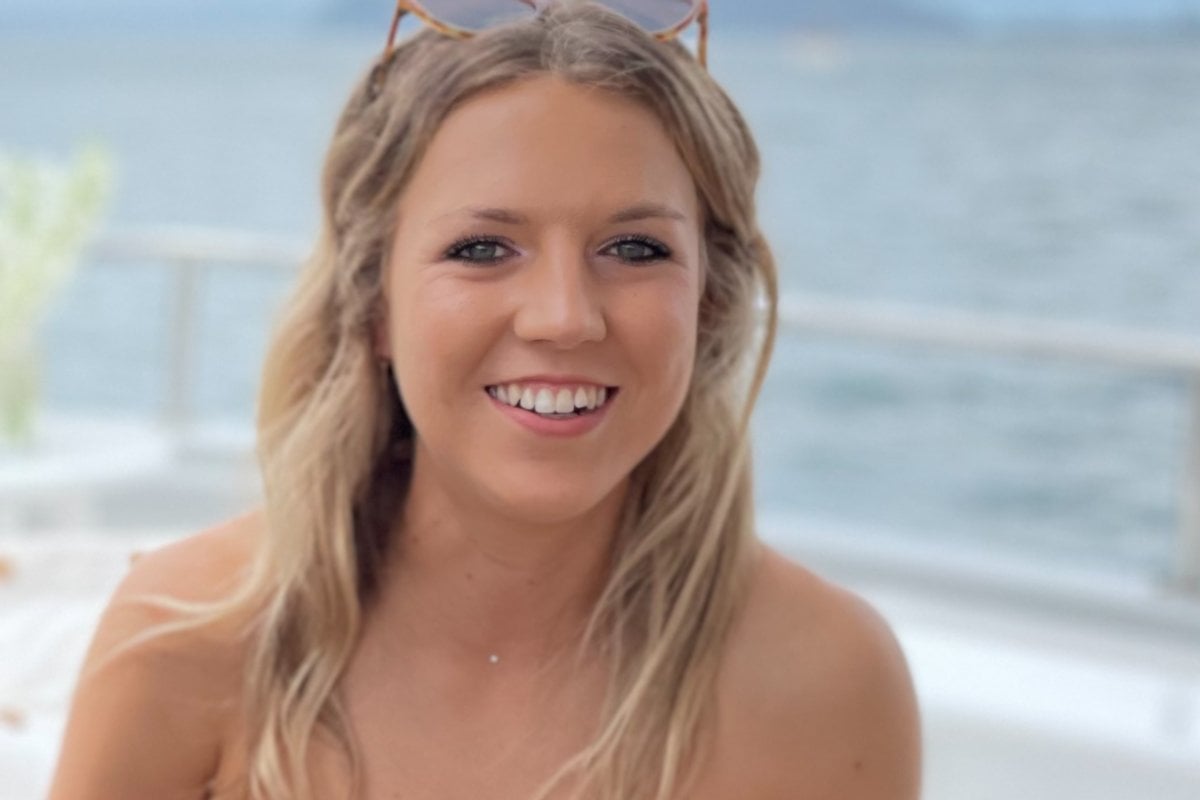 We’re taught to strive for a healthy lifestyle, to eat well and exercise often. But I discovered there can be a dark side to this “healthy” way of living. It can turn quickly sinister and all-consuming.

I first became interested in health when I was 16, after watching my classmates attempt the cabbage soup diet, Paleo diet, every trending diet under the sun.

Around this time, we started interacting with boys. Naturally I started scrutinising my appearance, wearing makeup for the first time and taking notice of my body.

For the first time, I began comparing myself to the girls around me.

Suddenly, every compliment anyone gave me became about my physical appearance.

The boys I hung out with would often comment on my bum or my legs, saying I had a “great ass” and other trivial comments. Instead of finding this flattering, I found it incredibly stressful.

I didn’t hear these as “compliments”. Instead, I heard “I have good legs? I better hit the gym an additional two times weekly to maintain them, or no one will think twice about me,” or “Great, I’ll just cut out carbs now so my legs continue to be complimented.”

It sounds absurd, but this was the beginning of my struggles with orthorexia.

Gone were the days I prized intelligence, wit, humour. Now, all I cared about was staying a certain weight and size, so the people around me would validate me.

It was a slow burn. At first, I simply adopted a low carb lifestyle and started hitting the gym three or four times a week. But the more I received compliments for how I looked as a result, the more I’d push myself to go further.

Within about a year, I was hitting the gym every single day, killing my body with High Intensity Interval Training, and cutting out food group after food group, until there was almost nothing left in my diet.

This ‘obsession’ I’d developed led to a nutritionist diagnosing me with orthorexia nervosa, something I’d never previously heard of.

While not yet officially classified as an eating disorder, orthorexia is an unhealthy obsession with healthy food. It’s characterised by a fixation not on the quantity of food you’re eating, but on the quality - basically how healthy, and “pure” the food you’re eating is.

Common warning signs include spending a ridiculous amount of time planning what you’ll eat in the future, obsessing over nutrition labels and ingredients, cutting out entire food groups you’ve decided are “bad” (carbs, sugar, dairy and fats are common) and feeling anxious in social situations revolving around food. I was experiencing every single one of these.

I’m not saying it’s a bad thing to be aware of the nutritional quality of your food. However, for people with orthorexia, this 'awareness' is so consuming, it comes at the cost of both physical and mental health and wellbeing.

It was never about losing weight for me.

The more I read about health, the more I became obsessed with being “perfect” - eating ‘pure’ foods and cutting out sugar and carbs, exercising as often as I could. Absolutely I was afraid of gaining weight, but I never wanted to be excessively skinny, and there was never a time where I dropped serious kilos.

The people around me thought I was just overly health conscious.

Even after being diagnosed, I didn’t recognise I had a serious problem.

It was only one day when I was at the gym for the second time in one day, attempting to do a bicep curl and noticed my arm trembling uncontrollably.

By this point, I had long forgotten how to listen to my body’s signals. But this physical symptom made me realise how completely exhausted my body was.

I hadn’t taken a rest day in months, and I’d pushed myself beyond my limits, to the point where I was physically burnt out.

It was a really confronting moment, and I went home and cried. I felt so sad for myself.

This finally caused me to reflect on the habits I had adopted. I realised I could no longer go out to dinner with friends on a whim - I had to thoroughly research a menu before I went anywhere to ensure there was something “healthy” I’d be comfortable eating first. 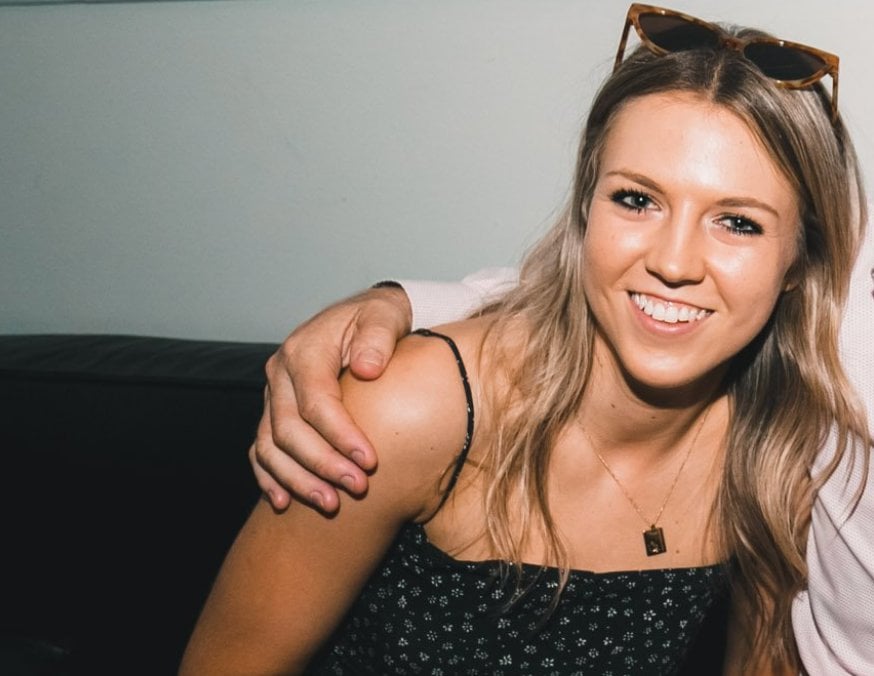 I could no longer enjoy a weekend sleep-in with my partner - I’d be up at the crack of dawn doing a HIIT session instead.

I couldn’t enjoy my weekends, I’d be too busy meal prepping for the week ahead to ensure I ate well. I couldn’t even contemplate going on holidays somewhere I wouldn’t have access to a gym and clean food options.

I’d also become terrified of alcohol - all those “empty calories” became a source of obsession, so much so that I’d started to avoid social situations.

My “healthy lifestyle” had taken over my life. There was no longer any fun, joy or spontaneity. There was just misery.

Even when I did realise the severity of what I was living with, actually deciding you want to make the change is really difficult when you’re so conditioned to living in such a strict routine.

Months later, I’ve started seeing a psychologist to help me overcome the mental barriers that prevent me from wanting to change these behaviours I’ve developed.

I really want to enjoy my life and not spend every day thinking about the next meal I’ll eat or the next gym session I’ll squeeze in. But I’m still afraid to break out of this pattern.

I now know this desire to be perfect stems from something deeper - and I haven’t been giving myself permission to love myself unconditionally.

While it’s absolutely a slow journey to recovery, I’m now able to enjoy social situations with a couple of drinks without too much anxiety.

I’m able to eat carbs and sugar in moderation without entering a spiral of self-doubt and loathing. I’m learning to listen to my body and recognise when I need a rest day, and to love my body for what it can do, rather than for how it looks.

I have a long way to go, but I’m determined to live more in the moment, so I have no regrets in the years to come. I don’t want to look back and think I wasted years of my life worrying about eating healthily.

At the same time, I’m sure orthorexia is something I’ll always struggle with.

Now, I’m a student dietitian. I'm studying nutrition in the hopes of empowering others like myself with the knowledge and understanding that food and health doesn’t have to be restrictive, limiting or miserable.

There is a dark side to health, and I hope that over time I can help others, and myself, to live a healthy lifestyle with balance and joy, rather than a life ruled by punishment, deprivation and pressure.