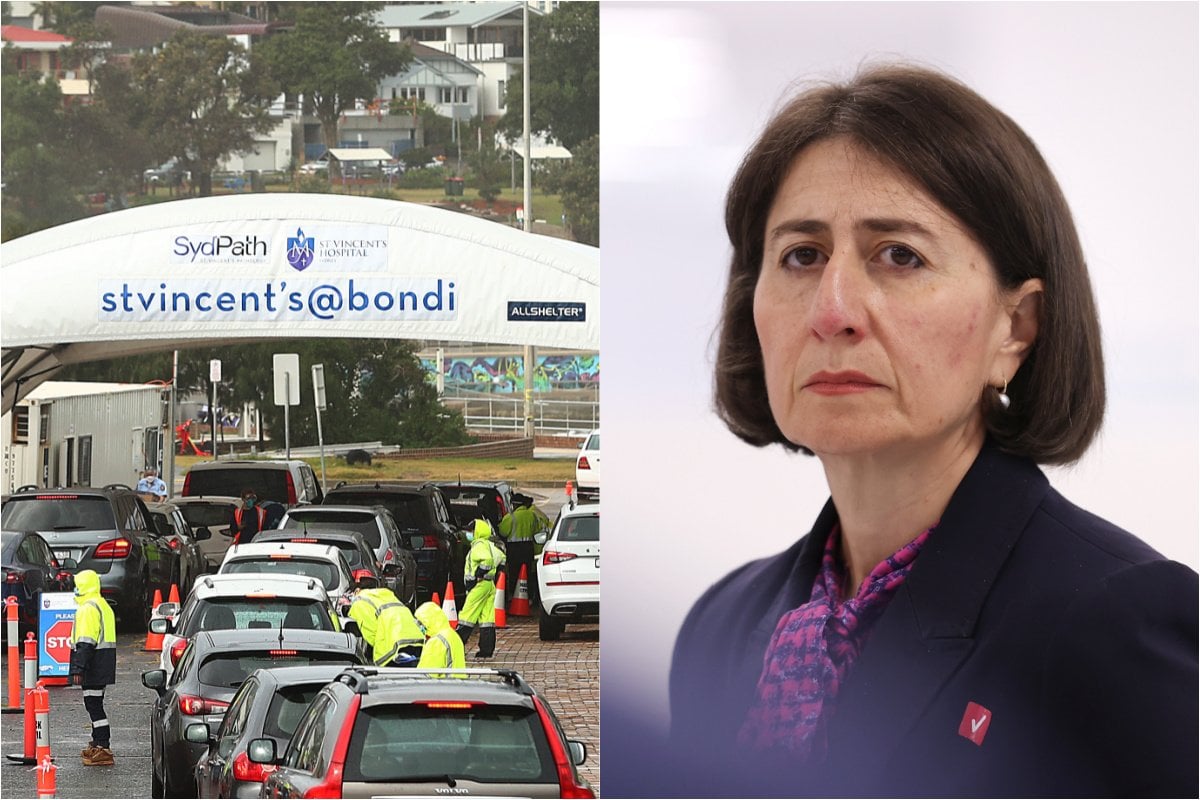 Four locally acquired cases of COVID-19 have emerged in Sydney, with several suburbs on notice, as fears grow that some restrictions could be reintroduced.

On Wednesday, a man in his 60s, who works as a driver for international flight crew, tested positive after a daily saliva swab.

The exact source of his infection is still unknown.

Despite being a frontline worker, the man was not vaccinated against the virus. The NSW chief health officer Kerry Chant has also confirmed the driver has the highly infectious Delta strain.

On Thursday morning, NSW Premier Gladys Berejiklian revealed a woman in her 70s has also tested positive to the virus, after attending one of the cafes identified as an exposure site.

When Premier Berejiklian was asked why a frontline worker was not vaccinated, she replied: "This is the issue. We're waiting for police to finish their investigation...

"Every worker should be clear on their obligations," the premier added. "I expect the testing rates to go through the roof in eastern Sydney today."

The premier also revealed on Thursday that a man in his 40s has tested positive to the virus in the Baulkham Hills area.

This is unrelated to the Eastern Suburbs cluster.

NSW Health says this is possibly an old case, or a false positive, because the viral load in his system was very low.

Both the Bondi drive-through testing clinic and the St Vincent's Hospital clinic have extended their testing hours. In light of the positive cases, hundreds of cars were seen lining up at Bondi's testing clinic.

A big shout out to the team at our Bondi Testing Clinic, who swabbed 1800 people in the hours after 4pm yesterday. If you have even the mildest of symptoms, our Bondi Beach and East Sydney testing clinics are now open for temporarily extended hours: https://t.co/v2CKgXBh7f pic.twitter.com/8HrFG2FWEN

For five days, the man was infectious while active in the community, with several exposure sites in Bondi Junction, Vaucluse, and North Ryde.

Other exposure sites where visitors are being treated as 'close contacts' include Myer and David Jones in Bondi Junction, Harry's Coffee and Kitchen in Bondi Junction and cafes in Vaucluse and North Ryde.

Anyone who is deemed a close contact is required to get tested and immediately self-isolate until 14 days after you were last there.

The full list of exposure sites are available here.

The WA and Tasmanian governments have told anyone who has recently returned from NSW to check the list of exposure sites, get tested and isolate if they have been to any of the listed locations.

In line with other jurisdictions, we will maintain restrictions on travel from Greater Melbourne for another seven days, and we strongly advise those planning travel to Greater Sydney to reconsider.

The NSW Premier has not indicated if restrictions will be reintroduced in light of the outbreak.