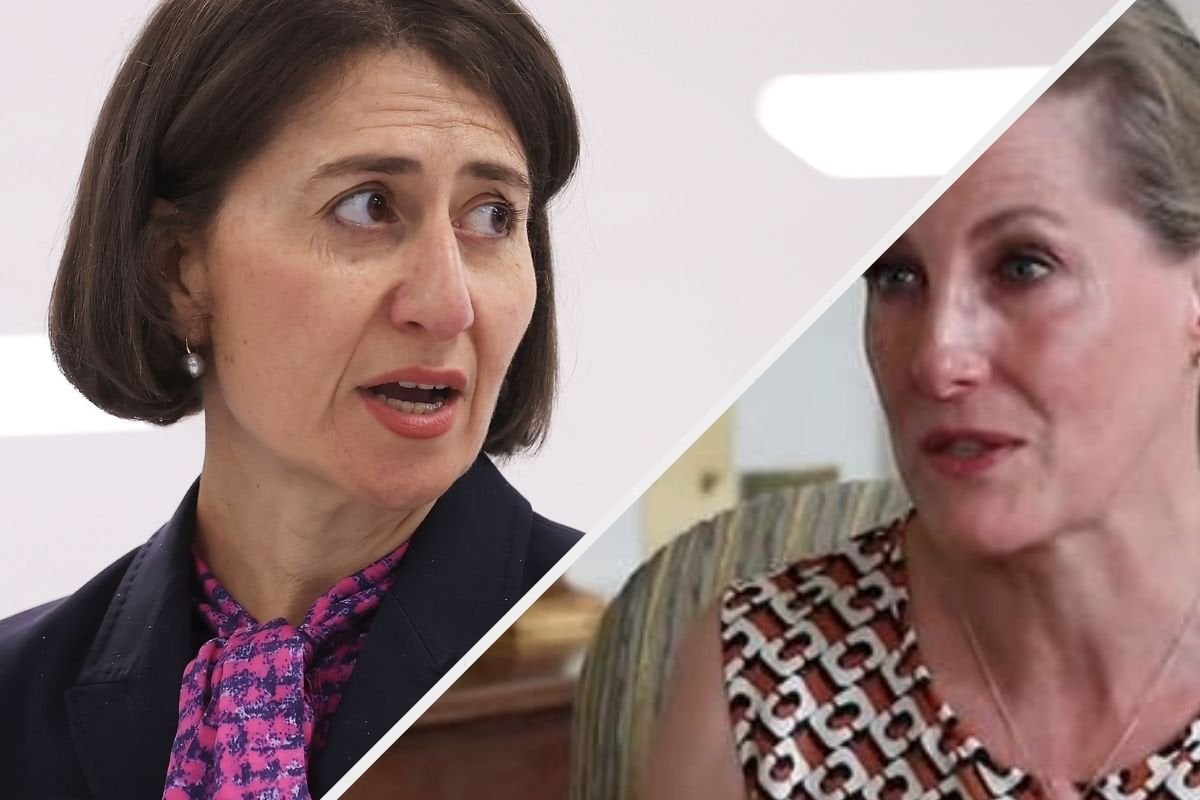 Health detectives are scrambling to retrace the steps of a man in his 60s to head off a COVID-19 outbreak in NSW, as the national vaccine rollout edges over six million doses.

With Melbourne easing its restrictions after a fourth lockdown, NSW officials are seeking to find out how a Bondi man - who had not been overseas but transported international flight crews - came to be positive to coronavirus.

NSW Health was also notified late on Wednesday night that a household contact of the new case reported has also tested positive for COVID-19, and further venues of concern have been identified.

⚠️PUBLIC HEALTH ALERT – NEW CASE AND ADDITIONAL VENUES⚠️
NSW Health has been notified that a household contact of a locally acquired case reported earlier this evening has also tested positive, and further venues of concern have been identified. pic.twitter.com/71g89odEbT

Exposure sites have been identified across Sydney's east and north, with federal and state health officials meeting on Wednesday night to discuss strategy.

The federal government reported one in four Australians had received at least one jab, having chalked up the second highest day of vaccinations (152,075) since the program began.

Victoria continues to lead the country in terms of vaccinations, but demand is outstripping supply.

"To the extent that that supply certainty can come about, that will be great," he said.

Hundreds of people in a Melbourne Southbank apartment complex have been forced into a fresh 14-day lockdown after several residents tested positive.

Acting Premier James Merlino confirmed the easing of restrictions for Melbourne and regional Victoria from Friday.

Under the latest changes, Melbourne residents will be able to travel to regional Victoria with the removal of the 25km bubble, host two adult visitors plus their dependents per day and gather outdoors in groups of 20.

Masks will remain mandatory indoors, though will only be required outdoors when social distancing is not possible.

Businesses such as gyms and indoor entertainment venues will be able to reopen, while density limits at offices, cafes, restaurants and pubs will increase.

In regional Victoria, the home visit cap will increase to five adults plus their dependents per day, while up to 50 people can gather outdoors.

Most of Australia's lowest paid workers will receive almost $20 extra a week from next month but employer groups and unions have raised concerns with the increase.

The Fair Work Commission revealed on Wednesday the national minimum wage will rise 2.5 per cent to $772.60 per week or $20.33 an hour.

Workers covered under aviation, fitness, tourism and certain retail sector awards will have their pay rise delayed until November 1.

General retail award workers will have to wait until September 1 for a wage bump.

Even if some bargaining power shifts back to employers, workers will benefit from a rising wage floor https://t.co/1aKn4xQsrq

The remainder of the 2.3 million people on award rates or the national minimum wage will see the $18.80-a-week increase from July 1.

"The increase will put even more distance between Australia's national minimum wage and minimum wages in other countries," he said.

"The decision sends a very bad signal and is likely to impact adversely on the recovery. At the current stage of the recovery, the focus needs to be on boosting employment."

Media gets chance to test Roberts-Smith.

Exactly a week after Ben Roberts-Smith entered the witness box in his defamation trial, media companies will get their first chance to poke holes in his evidence.

Cross-examination now beckons for the Perth-born Victoria Cross recipient after his extensive and emotional evidence-in-chief concluded on Wednesday - the landmark trial's seventh day.

Mr Roberts-Smith, 42, is suing the publishers of The Sydney Morning Herald, The Age and The Canberra Times over a series of articles he says falsely portray him as a war criminal and a "deplorable human being".

The media companies say the articles are true or substantially true.

Ben Roberts-Smith has told a court of the devastating impact of newspaper articles accusing him of war crimes and domestic violence. He says he felt betrayed, humiliated and for a time, thought his life was over. https://t.co/vcyXz8wCAn #7NEWS pic.twitter.com/yWChGNXx3Z

In his final answer to four days of questioning by his lawyer, the former special forces soldier clenched a tissue in his hand while speaking of being "traumatised" by the effect of the articles.

Mr Roberts-Smith said he did "everything I was supposed to do" in Afghanistan, even when that meant not intervening when faced with locals abusing women and children.

"I saw things ... and did things, like having to engage with adolescents, that I'm not proud of and I live with that," the 42-year-old said.

But coming home to "demonstrably false" articles that were based on others' lies and smears left him "traumatised", his family life "untenable" and his private business in ruins.

On Wednesday, he admitted using burner phones to contact former colleagues after the first articles were published in June 2018.

But that wasn't out of a want to avoid military or police investigators, he said, denying knowledge he was even under investigation. He simply did not trust the media and their sources were not trying to intercept his communications, he said.

Call to end HIV transmission by 2025.

Australia could end HIV transmission within four years if it invested in prevention and eased regulation on testing and medicines, researchers and community leaders in the HIV sector say.

The Australian Federation of AIDS Organisations is calling on the Morrison government to invest an additional $53 million to expedite approval and funding of testing and medicines to stop the epidemic from reaching its sixth decade in Australia.

The proposal presented to federal MPs on Thursday says it will save $1.4 billion in health costs and avert 6000 HIV cases.

It involves a mix of free solutions like making anti-viral PreP (pre-exposure prophylaxis) available over the counter at pharmacies and costed requests like a $12 million extension of HIV treatment and clinical care to all people with HIV, regardless of visa status.

"The big risk for Australia today is we say '900 cases is acceptable' when every case of HIV costs at least a quarter of a million dollars to the Commonwealth directly over a lifetime," he told AAP.

US President Joe Biden and Russian President Vladimir Putin have agreed at a "pragmatic" first summit to resume arms control talks and to return ambassadors to each other's capitals after they were withdrawn earlier this year.

The discussions at the lakeside Villa La Grange in Geneva lasted less than four hours - far less than Biden's advisers had said they expected.

Putin called Biden, 78, a constructive, experienced partner, and said they spoke "the same language", but added that there had been no friendship, rather a pragmatic dialogue about their two countries' interests.

He said it was "hard to say" if relations with the United States would improve, but that there was a "glimpse of hope" regarding mutual trust. There were no invitations to Washington or Moscow.

Biden, Putin agree to talks on cybersecurity, arms control at summit, but no major breakthroughs https://t.co/5TVClrYYwp

The scheduling of separate news conferences meant there was none of the joviality that accompanied a 2018 meeting in Helsinki between Putin and Biden's predecessor, Donald Trump, where Putin presented Trump with a soccer ball. There was also no shared meal.

Putin, 68, who was first to brief reporters, said the meeting had been constructive, without hostility, and had showed the leaders' desire to understand each other.

Queen Elizabeth's daughter-in-law Sophie said the death of the monarch's husband two months ago had left a "giant-sized hole" in the lives of the British royals, in an emotional interview aired on Wednesday.

A tearful Sophie, 56, the Countess of Wessex who is married to the queen's youngest son Prince Edward, said the grieving process for the royal family was taking longer because of the impact of the coronavirus pandemic.

"Every life is important. Every survivor is terribly important."

Sophie, Countess of Wessex tells @TVNaga01 she was in "floods of tears" hearing the story of one survivor of rape in warfare.

"The normal way of things isn't normal yet, so we're not necessarily doing the things that we would normally have done with him," she told BBC radio.

"It's only when you would do the normal things that you would have done with them, and you suddenly realise that they are not there, that you really start to have an 'oh my goodness' moment," she said.

Sophie and Edward are full-time working royals but until recently did not have a high public profile.

Boris Johnson plans to stand down as prime minister if he wins a second term so he can "make money and have fun", according to his former chief aide.

Dominic Cummings also took aim at Mr Johnson's style of chairing crucial coronavirus meetings by alleging he shouts "forward to victory", does a thumbs-up and swiftly departs the room before anyone can disagree with him.

Downing Street declined to deny many of the allegations made in the blog post on Wednesday but did describe the claim Mr Johnson plans to stand down in around 2027 as "utter nonsense".

Mr Cummings, who left No 10 in November when an internal power struggle spilled out into public, alleged the problems within government will not be fixed by the public inquiry into the handling of the coronavirus pandemic.

"It will not start for years and it is designed to punt the tricky parts until after this PM has gone - unlike other PMs, this one has a clear plan to leave at the latest a couple of years after the next election, he wants to make money and have fun not 'go on and on'," he added.

"So we either live with chronic dysfunction for another (roughly) five years or some force intervenes."

- A Spanish man has been sentenced to 15 years in prison by a Madrid court for killing and eating his mother, who was found in plastic containers in her own home.

- A bill will be introduced in the British parliament which will raise the minimum age for marriage to 18. Right now a loophole allows 16-year-old's to be wed with parental consent.

Sophie and Edward are full-time working royals but until recently did not have a high public profile.