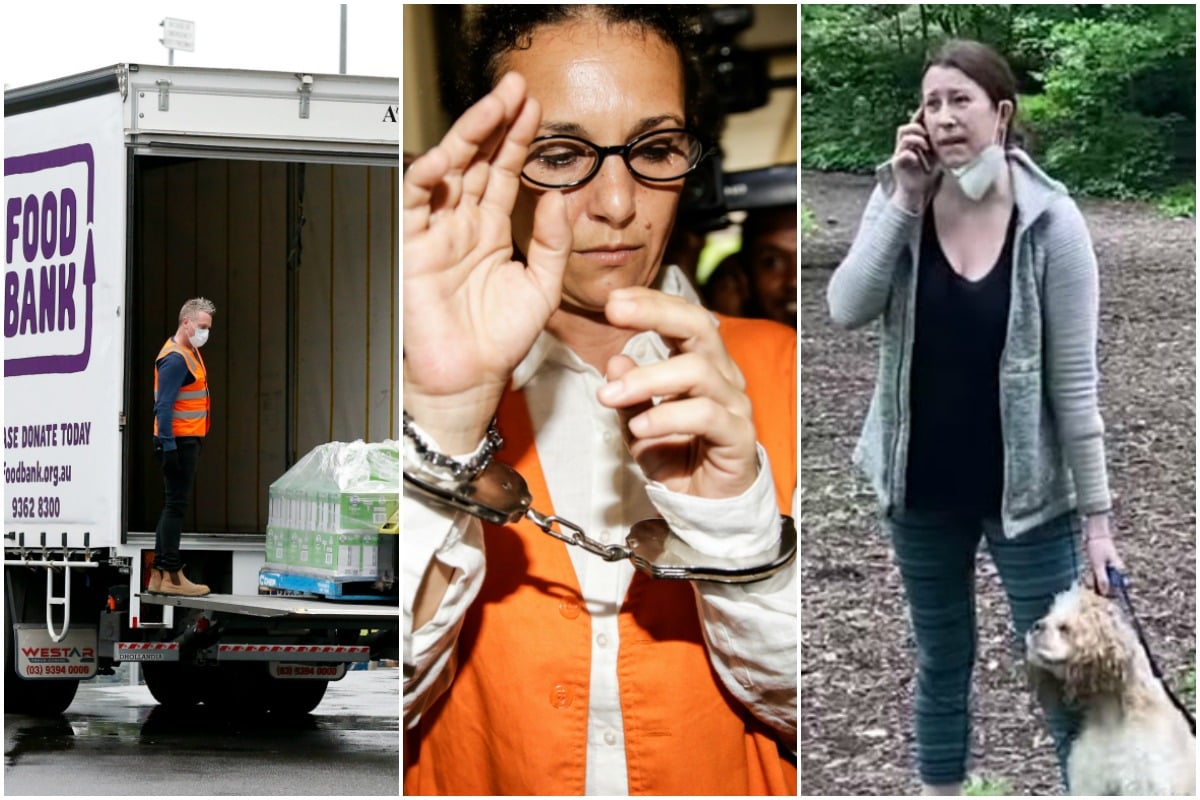 Victoria has been cut off from the rest of Australia after notching a record number of coronavirus cases, with NSW shutting its border for the first time in a century at 11.59pm on Tuesday.

"We have, all of us, agreed that the best thing to do is to close the border," Premier Daniel Andrews said on Monday.

"That closure will be enforced on the NSW side so as not to be a drain on resources that are very much focused on fighting the virus right now across our state."

From today, no one from Melbourne will be allowed to enter New South Wales, with that extended to the entire state of Victoria tomorrow. #9Today pic.twitter.com/R2pnnAwAiZ

People can apply for border crossing exemptions, while specific arrangements will be in place for residents in border towns.

Two suspected cases of COVID-19 have been identified in the region of border town Albury, NSW Health said in a statement on Monday.

"One suspected case had recently travelled to Melbourne and had returned prior to hotspot travel restrictions coming into force," it said.

NSW was the last state to close its borders to Victoria, after the southern state hit its highest daily increase in cases at 127 and two deaths on Monday.

Nine public housing towers at Flemington and North Melbourne are in complete lockdown with 53 confirmed cases among them.

The state government says it has distributed 3000 meals, 1000 food hampers and 250 personal care packs to residents, while the charity FareShare has provided more than 3000 prepared meals and 4500 pastries. 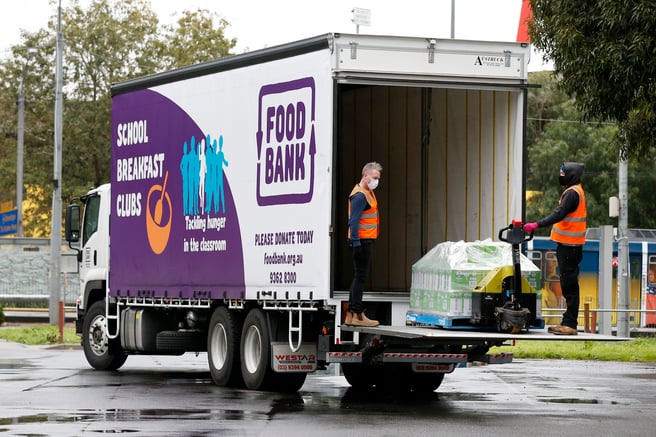 But residents have shared images on social media of out-of-date meals, food left on the floor and Muslim families given pork.

Aussie to be released from Kerobokan Prison.

Australian woman Sara Connor will be released from Kerobokan Prison after serving four years for her role in the fatal assault of a policeman on a Bali beach.

The mother of two, from Byron Bay on the NSW north coast, was jailed alongside her then boyfriend, British national David Taylor, after they were found guilty of over the death of Wayan Sudarsa on Kuta Beach in August 2016.

A brief statement from Indonesia's immigration department said Connor would be released in mid-July. No exact date was given. 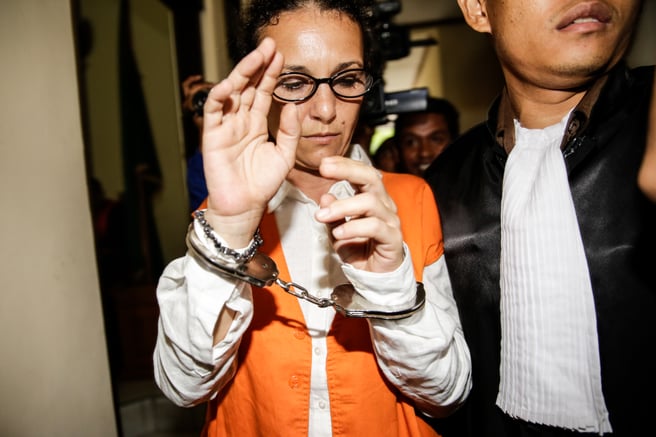 Sara Connor on her way to court for her trial in 2016. Image: Agung Parameswara/Getty

The couple were enjoying a night on the beach when they realised Connor's handbag containing $A300 was missing. They split up and searched the beach and Taylor confronted Sudarsa, believing he might have stolen her bag.

A fight erupted, and Sudarsa was hit with a bottle and a pair of binoculars. Taylor took his identification cards, which the judges were told had been cut up by Connor because "she panicked and felt guilty".

Connor, who is in her 40s and whose two children are now teenagers, has told Australian media she has since separated from Taylor, 10 years her senior, who was jailed for six years.

The former businesswoman received annual remissions for good behaviour, spending most of her time learning how to paint, crochet, and cut hair.

Ketut Arsini, wife of the dead officer, recently told 7NEWS.com.au that human beings should be able to forgive and she had no ill-feeling towards Connor. She did, however, avoid her husband's colleagues because their sight reminded her of painful memories.

A Sydney GP is facing the prospect of 25 years in jail after being found guilty of indecently assaulting and drugging female patients at an inner-west sleep clinic.

Ali Khorami was allowed to walk free from the Downing Centre District Court on Monday, despite the likelihood of receiving a lengthy prison sentence. 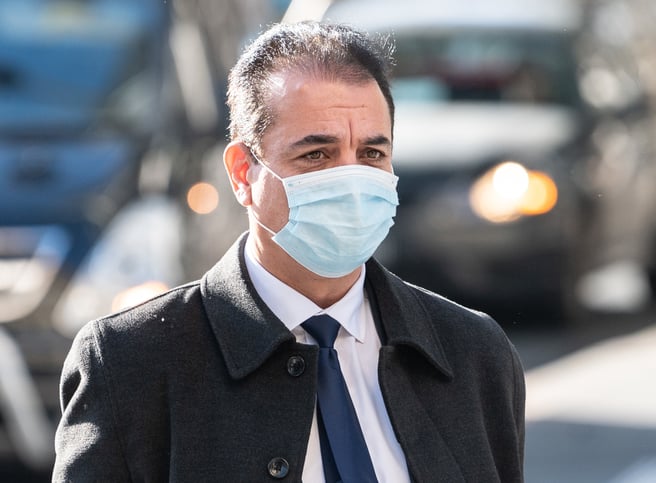 The jury of seven men and five women deliberated for two days before finding the 49-year-old guilty of 22 offences, including indecent assault and administering an intoxicating substance to commit an indictable offence.

He was found guilty of indecently assaulting four women, including a 16-year-old, at the Woolcock Clinic in Glebe from July to August 2018.﻿

A white woman who called police to say she felt threatened by an African-American man who asked her to leash her dog in New York's Central Park is being charged over the incident.

Amy Cooper, 41, called 911 and told the operator an "African American man was threatening her life" with the entire incident on May 25 recorded on a video that went viral. She is now being charged with filing a false report.

The offence is punishable by up to one year in jail.

Cooper was filmed calling the police to falsely accuse a Black man of threatening her life after he asked her to leash her dog. She’s being charged with falsely reporting an incident, prosecutors said. Via: @buzzfeednews (🎥: Christian Cooper) #amycooper #karen pic.twitter.com/fBoADqi6vj

"We are strongly committed to holding perpetrators of this conduct accountable," Vance said in a statement on Monday.

It occurred a few hours before George Floyd died in Minneapolis.

- A nationwide antibody study in Spain shows that 5.2 per cent of the population has been exposed to coronavirus but also suggests that immunity to the disease can exist for a short time and then disappear.

- UN experts have warned that viruses that jump from animals to humans are increasing and will continue to do so without action to protect wildlife and preserve the environment.

- The Dalai Lama has released his first-ever music album to celebrate his 85th birthday.