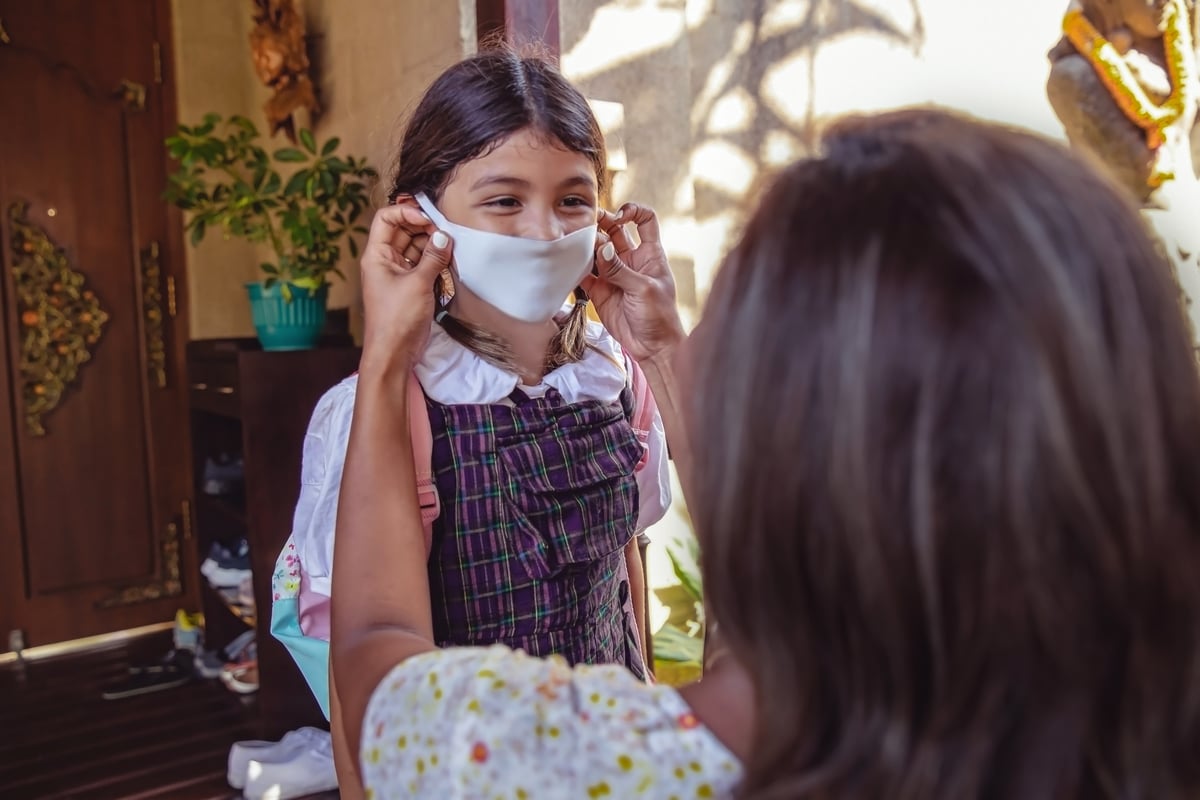 During the pandemic, our daughter was supposed to start preschool. We opted out because we didn’t want to take the risk. For a year, playdates stopped. Story time at the library was on hiatus. Playgrounds were cordoned off. Indoor play gyms were closed. Activities were put on pause. We were at home, socialising with ourselves and anyone we could over the phone.

Then this year, our daughter entered kindergarten. She was excited to start school. She kept telling me she couldn’t wait to meet other kids and play with them﻿.

Although she was eager, I was apprehensive. I was riddled with anxiety for weeks before her first day. I was nervous about how she would interact with other kids.

How will she adjust to the new routine? Being apart from me? Being away from home? Being by herself with no one she knew? With kids who also didn’t get to socialise much?

After the first week, we went over to my parents for dinner. The first thing my dad asks when he sees her is, "How many friends did you make at school?"

My daughter stares and doesn’t answer him. His face looks concerned. Then he leaves to check on dinner. As I’m dropping some things off in the kitchen, I could overhear him chatting with my mum, "She didn’t answer me when I asked her how many friends she made at school. I hope she’s getting along with her classmates. She’s been isolated from other children this whole time. I heard on the news kids don’t know how to socialise anymore because of the pandemic."

As I heard my dad’s words, I realised where my fears manifested from.

Growing up, I was never a popular kid. I’m an introvert so I had (and still have) very few friends and was rarely invited to parties. For a while, I was insecure about this. I thought because not everyone wanted to hang out with me; it meant I wasn’t fun or interesting. I associated how big my social circle was with how well-liked and accepted I was.

Whenever someone asked me how many friends I had, I would always inflate my response; however, in reality, I only hung out with one or two people at school. I’m glad I didn’t have social media in high school because that number would have driven my self-esteem to the ground.

And that insecurity came with people-pleasing behaviours and pretending to be someone I’m not.

However, over the years, I’ve learned to embrace that part of myself. I didn’t come to that acceptance until I was a fully grown woman.

And my daughter is similar to me. She takes time to warm up to others and gets nervous in big gatherings. She’d rather play with someone one-on-one or in a small group. But when she does get comfortable, she has a lot to say and her personality shines.

Listen to This Glorious Mess, a twice-weekly look at parenting as it really is - confusing, exhausting, inspiring, funny, and full of surprises. Post continues below.

So to overcome my fears and to avoid projecting my insecurities about making friends onto my daughter, I reaffirmed these insights that I’ve learned.

If there is an expectation to have everyone like her, it becomes a game of putting others' values above her own, conditioning her to have people-pleasing behaviours, such as being inauthentic about her true feelings, keeping silent to appease others, and always saying yes.

Don’t get me started on how women in the workplace need to be perceived as likeable and agreeable in order to get promoted and gain success.

The more friends she has doesn’t mean she’s a happier person. Rather having one true friend is much more meaningful than having 100 fake ones.

One study published in August 2017 showed that teens who valued popularity and expansion of their social circles had higher rates of social anxiety, were more likely to develop depressive symptoms and had poorer levels of self-worth when they entered young adulthood compared to those who prioritised building and deepening close relationships.

So at that moment, I walk into my parents' discussion and I explain to them she’s still processing the change in routine and learning to socialise with other little kids since the pandemic.

Then I tell my dad to stop asking how many friends she has or made and instead ask her what her favourite part about kindergarten is.

At the end of the day, it’s quality over quantity. I don’t care how many friends my child makes in school. Popularity contests are irrelevant. Because, if the pandemic taught me anything, it’s that fulfilling relationships matter the most.

﻿Bio: ﻿Katharine Chan, MSc, BSc, PMP is an author, wife and mum of two. She writes stories to empower individuals to talk about their feelings despite growing up in a culture that hid them. You can find more from Katharine on her website or podcast, or you can follow her on Instagram, Facebook, Twitter or YouTube.

Reply
Upvote
Yeah it's a personal question isn't it . My son and myself are extroverts we love to socialise and have close friends.   There's nothing wrong with being an introvert and having just 1 close friend . Let your daughter do what she wants and u 2 . People need to mind their own business
A
anonymous 10 months ago

Reply
Upvote
Free yourself years of parent anxiety and read the book ‘Quiet,’ by Susan Cain. It will show you how you, and now your daughter, were/are perfect the way you were/are but that society, and our school system is set up to favour extroverts. Most teachers test as extrovert so unconsciously favour and select louder or popular kids for leadership etc. Classrooms are now bigger, noisier. Introverts think best in calm and quiet. Introverts have few but deep friendships.
G
grumpier monster 10 months ago