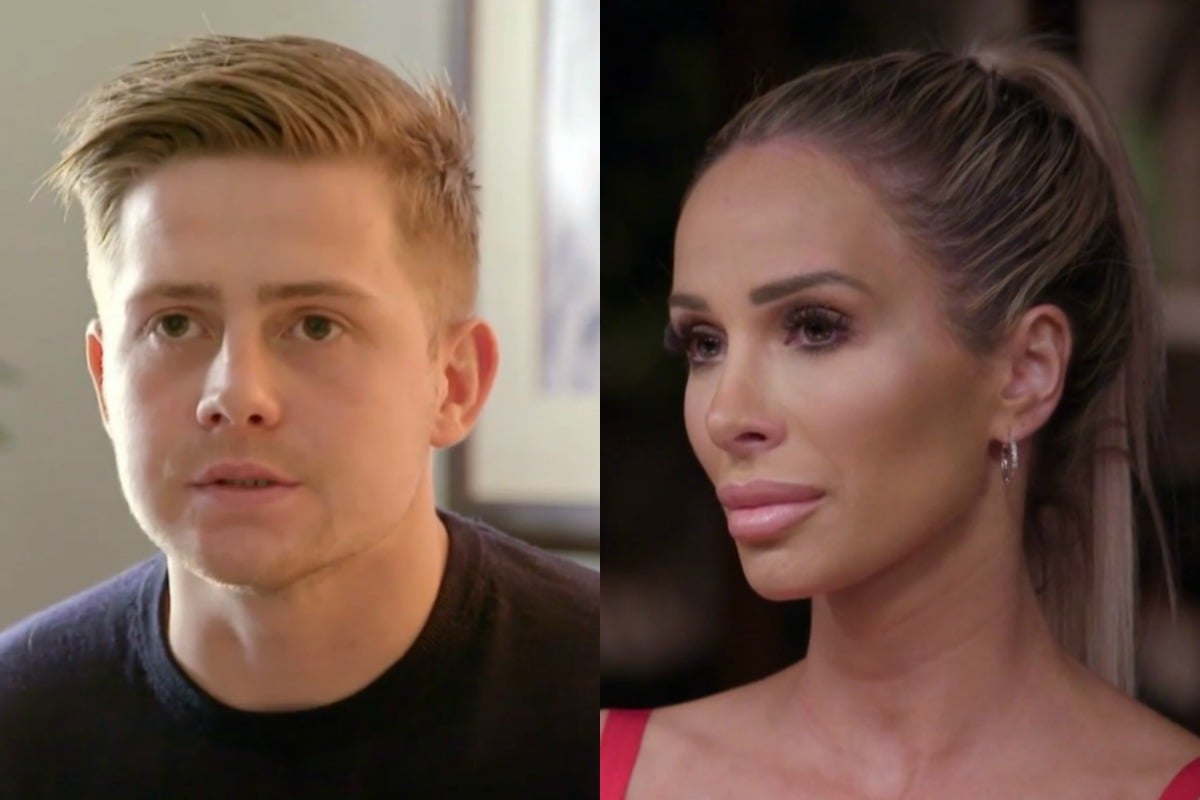 Remember that time when Married at First Sight was about two strangers meeting at the altar and falling in love?

In the past few years, MAFS has descended into a dramatic mess of couple swaps, cheating scandals, smashed fruit bowls, countless broken wine glasses and even a pooey toothbrush incident.

And now, just like seasons gone by, there’s been yet another cheating scandal.

(Seriously, are we even surprised at this point?)

In the past few weeks, the rumour mill has been well and truly in overdrive with allegations around a “production-halting” scandal.

Now, thanks to a bunch of spoiler-filled radio interviews, we already have a pretty good idea of what’s to come in the next few weeks of the experiment.

“It definitely happened,” she said.

“Michael walked into our room. He was really drunk, so was Hayley. She said, ‘My husband [David] doesn’t want to f*ck me’. And I said, ‘Mine doesn’t either’. [Michael] turned around and said, ‘I would f*ck both of you,'” she continued.

“They were fooling around on the bed and dry humping. Shoes were flying everywhere.”

After discovering that Hayley had been “making out” with fellow contestant Michael on a night out, Hayley’s husband, David, attended the dinner party alone.

Once the dinner party began, Michael attempted to address the room about the rumours around his "affair" with Hayley.

"On that night, I made a foolish mistake in going out after I promised Stacey I wouldn’t," Michael admitted.

"I went into the room of Chris and Vanessa. In that room, we were drinking and getting carried away – we were very drunk – I was dancing on Hayley and acting very immature," he continued.

"But during that night, I did not kiss Hayley."

But while Michael apologised to both Stacey and David for his actions, Hayley disagreed.

"We did kiss and we did hook up," Hayley responded, which led Michael to continue to deny the allegations, adding: "I cannot apologise for something that I have no recollection of happening".

Interestingly, while speaking to TV Week, Michael has since confirmed that he did kiss Hayley.

"We were all joking and having a laugh. We were mucking around with the phone and we were like, 'Oh how funny would it be if this got out?'" he said.

"We were fully clothed, just being stupid, being loose, having fun, not really understanding the implications of what rumours can do to your life."

After the kiss between Hayley and Michael went down, it's believed things became messy behind the scenes.

Speaking to New Idea, a source claimed David allegedly gets involved in a physical altercation with Michael and even gets sent to a separate hotel to "cool off".

"The morning David found out Michael had hooked up with his wife Hayley the night before, he was absolutely ropeable and he went and confronted him about it," the source claimed.

"I'm really angry right now. I'm going to stay in my room because if I see Michael again, I will punch his lights out and he will be a pile of dust," David told producers, according to the publication.

Interestingly, it's unclear whether Michael and Stacey actually separated after the cheating scandal went down.

Speaking to Nova 100’s Chrissie, Sam & Browny, Michael responded to rumours that production halted on the show due to the drama happening behind the scenes.

"Production halted for two weeks because there was that much stuff that happened off-camera that wasn’t captured in the moment so production had to have multiple meetings and work out when everyone’s storyline is, because a lot of storylines had deviated or gone off the rails," he said.

There also appears to be ANOTHER cheating scandal on the horizon involving Mikey (Natasha's husband) and Stacey (Michael's wife).

Speaking to Mamamia in an exclusive interview, Hayley confirmed the rumours.

"It turns out during the break, Stacey actually sleeps with Mikey Pembroke and Mikey calls me during the break and goes, ‘I feel so bad for you that you’ve been vilified and I’m actually flying back from Italy,'" she said.

"Production actually paid for him to fly back from Italy to attend the reunion so he could confront Stacey."

Speaking to news.com.au, Mikey admitted that he had a "one night stand" with Stacey during filming last year.

"I can confirm we did have sex, but it was clearly after Natasha and I had agreed with producers that our relationship was over, and Natasha knew we weren’t together," Mikey said.

"I actually didn’t want this [story] out as it’s not the best way to end my time on the show, but it did happen."

Stacey, however, has denied the allegations.

"I'm more disappointed at Michael than anyone. If this is how he takes one rumour then he needs a lot of help because honestly there's going to be a lot of rumours going around in life," Stacey told New Idea.

"Nothing happened between Mikey Pembroke and I. No sexual relations. Nothing. I can guarantee that. And I can sit here and swear on anything."

She continued to deny the allegations on KIIS 106.5 Kyle and Jackie O, adding: "I did not hook up with Mikey. He looks like he could be my son... I'm sorry, he's not my type".

In leaked text messages obtained by Woman's Day, Stacey appears to ask Mikey "are you coming tonight?" before mentioning he left in the morning without saying a proper goodbye.

In another message, Mikey told Stacey that he wanted to kiss her.

"I wanted to kiss u [sic] tonight. Don’t mean to be forward but some honesty for once can’t hurt!"