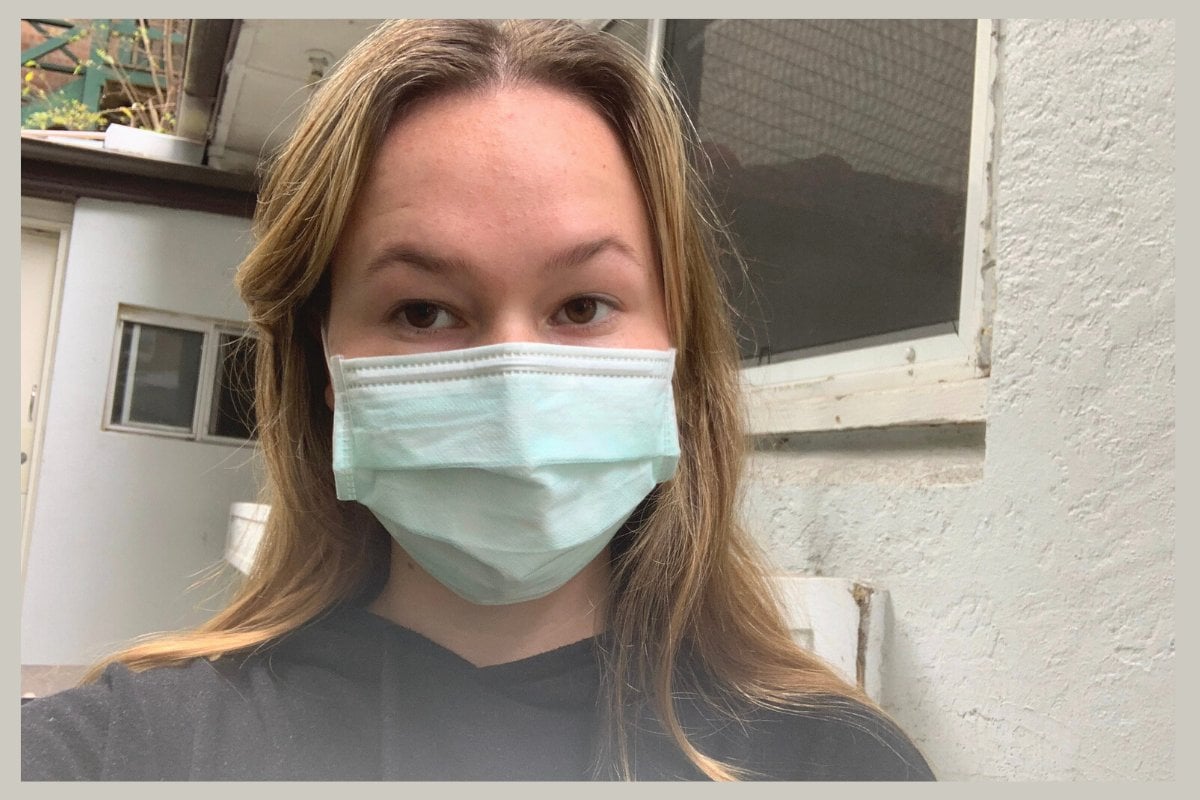 A few weeks ago, I cried down the phone to my mum.

She was out on a walk with a friend, and, as happens after a particularly difficult day, I found myself spiralling into a whirl of negativity.

"You. Don't. Understand," I said between sobs.

And this week, I'll be going into my eleventh consecutive week in Sydney lockdown.

She can understand this situation completely, in theory.

She's endured just as many lockdowns as I have. She's dealt with the routine testing at the hint of a cold. She's diligently checked in at every venue. She's even isolated for 14 days after being in the wrong place at the wrong time, while fully vaccinated.

But what she can't understand is the immense loss I've felt for my 'best years' that are wasting away without a Euro trip or club-made vodka raspberry in sight.

An extremely privileged grief to experience.

But it's a grief, nonetheless.

2020 was a year I'd spent my whole teenage life dreaming about.

19 years old and fresh out of a four-year-long relationship, I was excited to finally experience the world as was intended for a single uni student with little responsibilities other than assignment deadlines.

And for a moment there, I did. 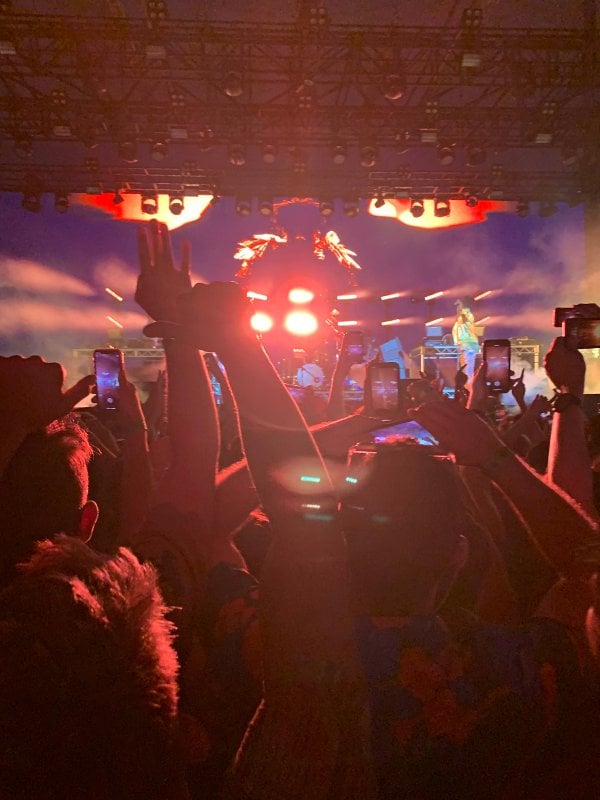 On the first of January, among lingering bushfire smoke, I was surrounded by sweaty strangers at a musical festival.

I kissed a guy I didn't know the name of.

I had a few too many vodka Red Bulls than is ever a good idea.

And I got a taste of what it meant to be young and carefree.

Just as quickly as I savoured in that freedom though, it was ripped out from under me.

I don't need to retell that story, because each and every person reading this would have one of their own laced in "flattening the curve" anecdotes and our first introduction to the dreaded lockdowns.

It's funny, reflecting on that time now.

I was swept up by the rules so quickly it felt novel. Fun... almost.

I remember, in early March, writing a note to myself dated to May 2020 asking, "Is COVID still a thing?"

Well, it's certainly still a thing.

It was still a thing when I finished my Bachelor's Degree online, on an unceremonious Friday in November.

It was still a thing at Christmas when, living on the Northern Beaches, I wasn't allowed to see my family on the other side of the bridge.

And it was still a thing thirteen-ish weeks ago, when I woke up after a long-awaited, far-too-many-venues-for-contact-tracers, night out - only to be told my housemate was a close contact.

The six months I've lived in my 20s; those same 20s that I was told would be the best time of my life, have been shrouded in disappointment, fear and guilt.

I cannot measure the disappointment I've felt for the loss of millions of tiny experiences I'll never get back.

The ever-present fear of being labelled a "selfish 20-something" in the news, should I have contracted COVID while out of lockdown and living with a certain level of normalcy.

And guilt for feeling shitty about it, when I am so insanely privileged to not have been affected by, or lost a loved one to, this virus.

Right now, I'm struggling to find Gladys' "light at the end of the tunnel".

While I can't wait for restrictions to ease, it hurts to know I won't be having an uninhibited early 20s. And it hurts to look back at the 18 months I've already lost.

Because the "new normal" isn't normal.

The new normal doesn't have international travel in the cards - a luxury I sacrificed a gap year for, to get my degree done quickly. Who could have known it would be paused indefinitely?

And the new normal doesn't allow for getting lost in the moment with strangers from anywhere and everywhere. At this point, I feel like wishing for otherwise is ridiculous.

As the pandemic rages on, so does life. Birthdays come and go, young people grow up, and getting too drunk and dancing on a bar table has an age limit... right?

I'll be fully vaccinated in under a week, and for that I'm so grateful.

But for now, among all the terrible, horrific things going on in the world, I'm upset that I won't have the crazy 21st I've dreamed of.

And that's life, I guess.

Reply
Upvote
For me I was 22 when it started. And now I’m 24. I know it’s a bit different but I keep having this feeling that the period you’re describing for me was rudely cut off. I had anxiety at school and my first year at uni I lived alone. So the life you’re describing started at 20.
I’ve  been a bit of a tourtise that’s slow to came out of its shell. After finally becoming socialised I felt like 2020 was set to cash in the chips. I finally had Melbourne friends (I moved for uni)
For me at least I got all of those things 20 to 22. But now I have a grad job and feel old, like I have to start properly saving and stuff. But I don’t feel old, I feel scared that if I start doing those things I’ve accepted being old and there’s no way back.
Every extra week feels like it’s too long because I only have a sliver of time left before I become “mid twenties”. And I’m not afraid of moving to the next stage of life but the previous stage is incomplete.
The other thing that’s frustrating is that now nothing’s happening, and in the past you were having fun, so you get this feeling of dread that your life is over, that there is nothing fun left, because all you have left are memories of some funner times.

Reply
Upvote
I feel so much for the young people in their early 20s. I'm pregnant with my second child at 32 and had my first in May 2020, and while I've been affected by COVID in terms of isolation from family/health services, I often think about how lucky I am that there wouldn't be travel on the cards for me even without COVID. Half the time I think to myself I might as well be in lockdown! But for those young people, it must be so heart-breaking. I teach Year 12 and hearing about how all their hopes for the future are so restricted right now is so sad.
To the author I want to reassure you that you will be still be partying/travelling well into your late-20s if that's what you want - that's what I did :). Hang in there and allow yourself to grieve these lost experiences for now.
News
General
Opinion
True Crime
Politics
Sport
Explainer
Entertainment
Celebrity
Reality TV
Movies
TV
Books
Rogue
Royal
Lifestyle
Beauty
Fashion
Weddings
Home
Wellness
Health
Fitness
Travel
Food
Parents
Before The Bump
Pregnancy
Baby
Kids
Teens
School
Parent Opinion
Work & Money
Money
Finance
Career
Lady Startup
Relationships
Sex
Dating
Separation
Friendship
Family
Real Life
Couples