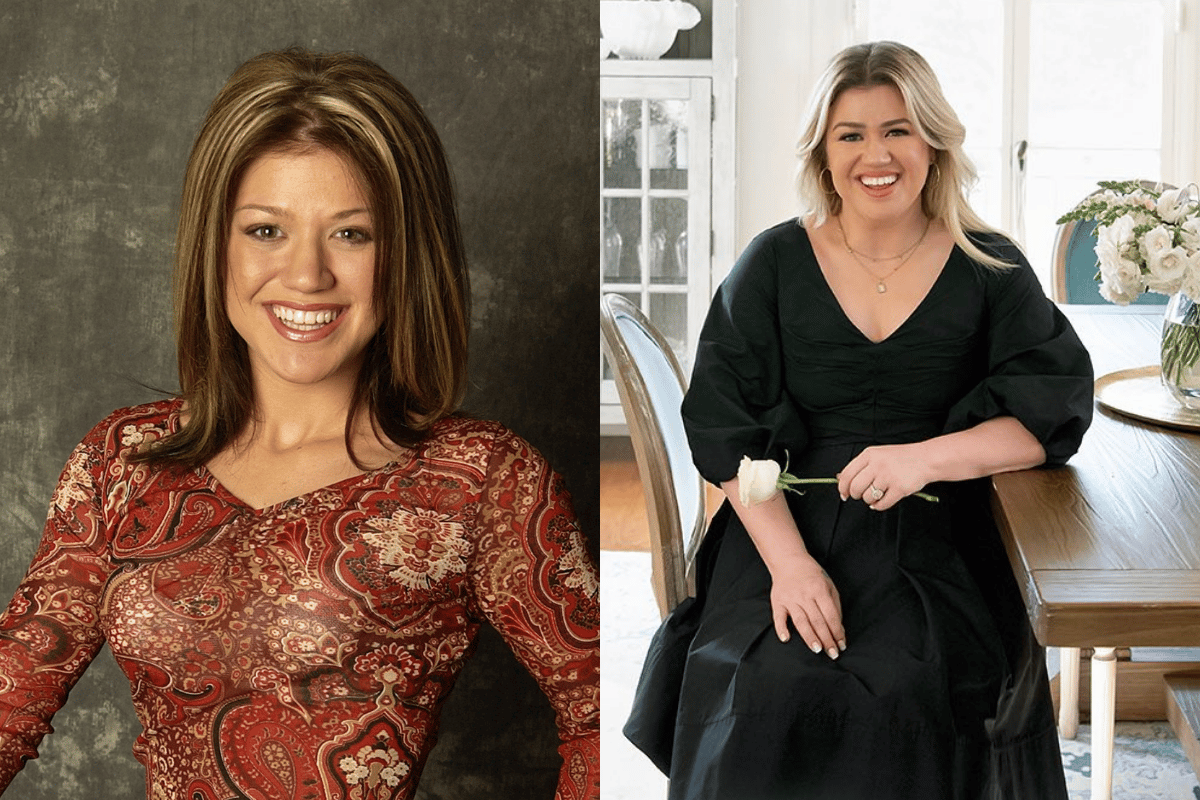 Poverty, homelessness and a wobbly childhood were all issues the singer faced during her early life.

But along came American Idol, then the rest - as they say - is history.

But despite the incredible rise to fame and decades in the spotlight, she has made it clear she no longer wants to be known as 'Kelly Clarkson' but 'Kelly Brianne' (using her middle name).

"My new name more fully reflects who I am," she said in a statement to court.

Here's everything we know about Kelly, from childhood to her global rise to stardom and everything in between.

Born in 1982, in Fort Worth, Texas, Kelly's long and treacherous path to fame was quite the bumpy road.

While her mother was a first grade teacher and an "incredibly present force" in her life, her father divorced her mother and walked out on his family when she was just six-years-old (their broken relationship inspired the song 'Because Of You').

When her mum went on to remarry, the singer gained five stepbrothers and stepsisters. On her father's side, she also got another two brothers, but still failed to reconnect with her father after multiple "humiliating" attempts during her teen years. 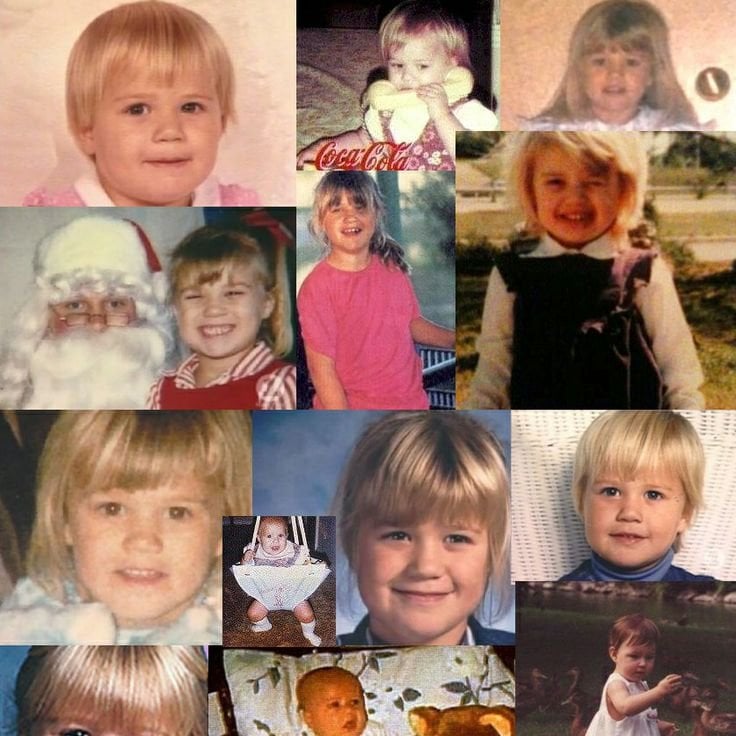 "I've never really been in touch with them. I know a lot of people go, 'Aww,' but it's not really that situation," she explained to Skavalan in 2017. "I think If you don't grow up with it, it's hard to miss something you never had."

The trauma of abandonment left her determined not to end up in a similar situation, she told to MTV News in 2005.

"It’s about the cycle of families, like you act how your parents acted towards you and then your kids act how you acted towards them, and it’s all about breaking that cycle if it was a bad one… It’s very close to him for me."

"I OK’d it with my family and everything because they think it’s important, because we’re obviously very different now than we were when we were younger. And it’s important for people to see that raw kind of emotion that happens in life."

Growing up, Kelly's conservative and deeply religious family also struggled with poverty, admitting they were on the brink of homelessness and living "paycheck to paycheck". 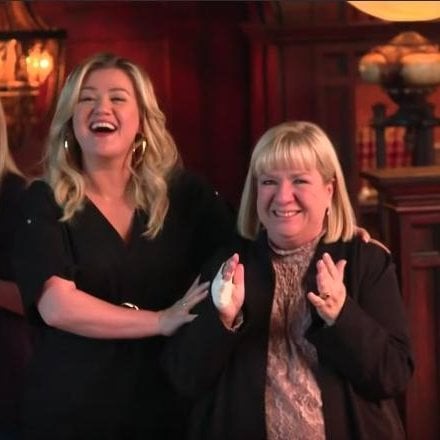 "I definitely had the whole mentality. I was like 'whatever I'm going to do, I just don't want to have to worry about that [money]'," she told CBS News.

Which is why, even now with an estimated net worth of $45 million, the 'Stronger' singer abhors the saying "money doesn't buy happiness".

"I don't know one poor person that's [saying that]! It pays you to get out of eviction notices, so it's pretty good."

Despite the heartache of abandonment, Kelly thrived.

After being encouraged in high school to join her choir group, she discovered her own talent in singing and performing.

And then, in 2002, the rest of the world got to see Kelly for the first time on American Idol.

At the time of her legendary audition, the singer-songwriter was living in her car.

"My apartment in LA burned down, and I had to move home," she told The Guardian. "I had no money, and I had to sleep in my car for three days."

Her rendition of 'Express Yourself' by Madonna earned her a place on the show, and she would eventually win American Idol  in 2002. 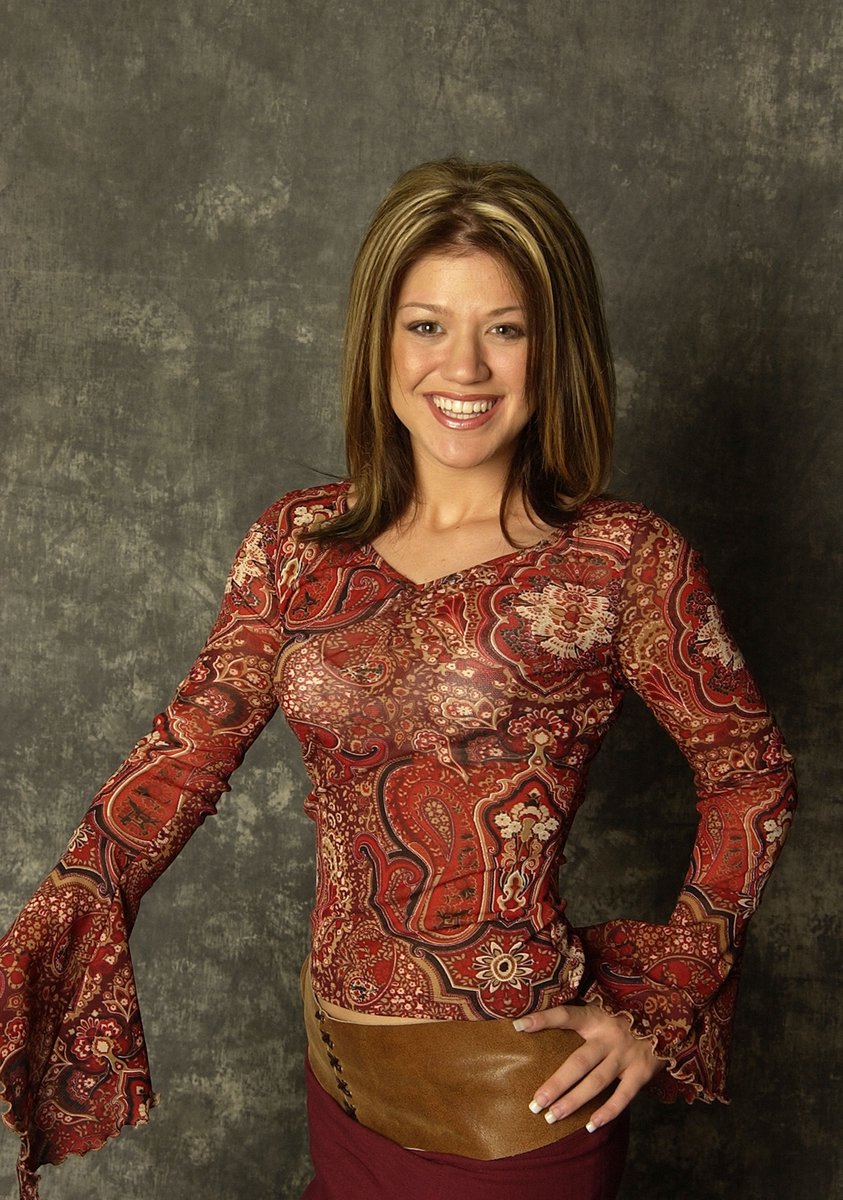 It was a path she had never expected, admitting later that she believed she would land herself a gig as a backup singer at most.

The debut single that followed her monumental win, 'A Moment Like This', became the best-selling song of the year in the U.S. and then her first album, Thankful (released in 2003) debuted at No.1 on the Billboard 200 chart and was certified double platinum.

Not too long later in 2003, she'd also make her debut as an actor in the film From Justin To Kelly.

By 2004 and with the release of her second album Breakaway, Kelly had become a household name.

Despite her monumental success, she was at the mercy of cruel record executives, with the singer admitting she'd been told by Clive Davis - head of the RCA in 2004 - that 'Because Of You' was "crappy", in a room full of other high-ranking execs.

"A group of men thought it was OK to sit around a young woman and bully her," she told Variety. "I was told I should shut up and sing."

She felt the wrath of RCA again in 2007 with her dark and edgiest album My December. While she was able to produce and co-write her own songs, the label scaled back promotion as they were reportedly not pleased with the project’s direction.

By 2009, she returned to her Texan roots with a country album, All I Ever Wanted. Her song 'My Life Would Suck Without You' receieved a nom at the Grammys for Best Pop Vocal Album, although she did not win.

However, she did take home a trophy for the same award in 2011 with her best-selling single to date: 'Stronger (What Doesn't Kill You)'.

Despite being a global star, the love and respect from fans and notable figures couldn't deter the swarm of criticism she faced for her appearance and talent.

Kelly often fell victim to body shaming and pressure from the public.

"You can either love it, or you don't have to, there's plenty of other artists out there to love and adore."

In 2011, the singer met and began dating Brandon Blackstock and just a year later, the pair tied the knot. With both choosing to stay private and out of the limelight, the public were entranced, and together the pair quickly became the couple to admire. 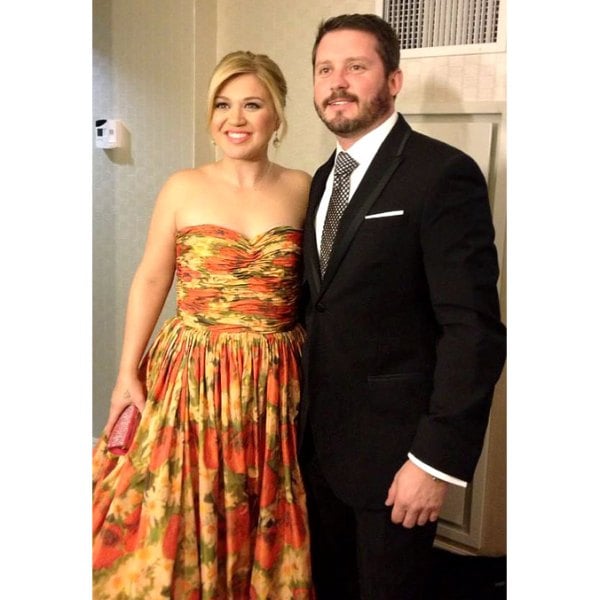 At the time, she told US Weekly: "I’m too happy. He’s ruining my creativity. I’m writing all this happy s**t. It’s killing me."

While he took on the role of managing her career, she became stepmother to his two children, Savannah and Seth, from his previous marriage to Melissa Ashworth. 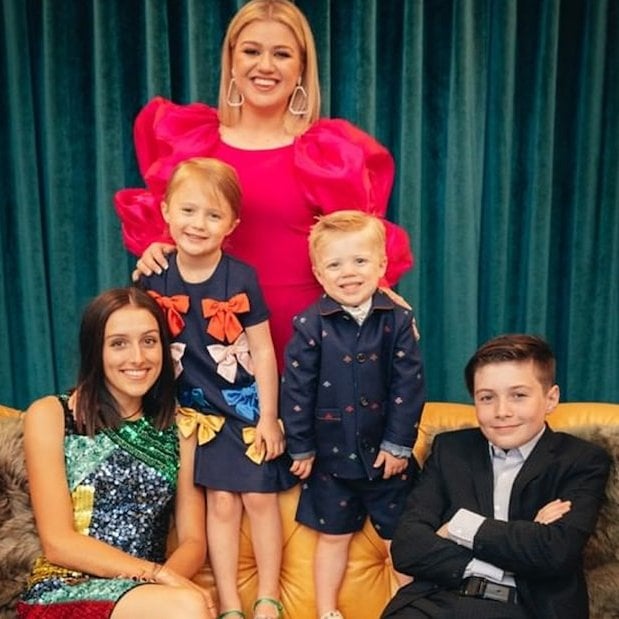 Their relationship - the good and the bad - was a wonder for Kelly, who admitted she wasn't always convinced in marriage and love.

"I never thought, honestly, I would get married, or fall in, like, love like they said in the movies. And not so because I didn't think it was true, you know, I just wasn't presented with that growing up. I just didn't know it was possible," she said.

While she remained relatively tight lipped about her relationship during the course of their marriage, she was open about remaining independent.

"Brandon is not my other half. He’s a whole and I’m a whole," she told Redbook in 2015. "I’ve never believed in someone taking care of me, and that’s probably because I grew up poor and without a lot of family stability."

The pair welcomed their first child together, River, not long after tying the knot in 2014. In April 2016, they expanded their family with the new addition of their son Remington. 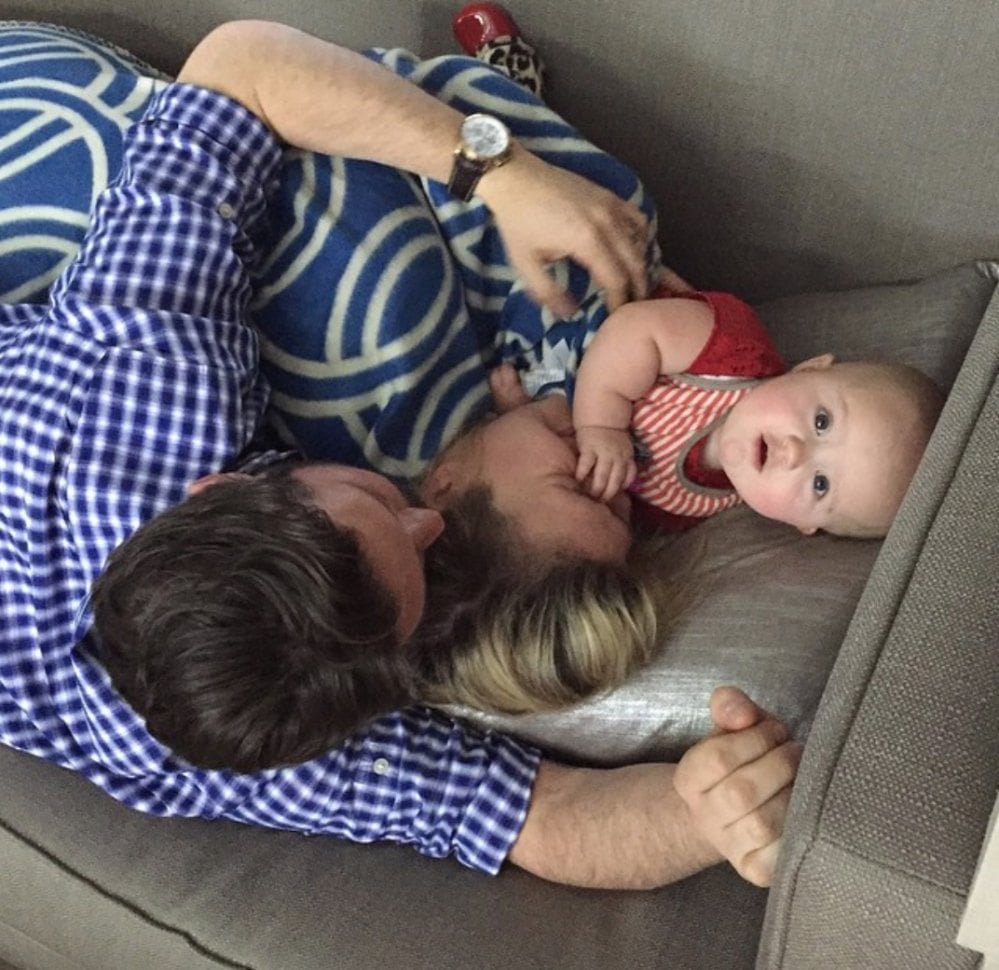 "They clashed on so many levels, and being in quarantine together [during the coronavirus pandemic] heightened their problems to the point of no return," a source told US Weekly.

"Everyone thought Kelly and Brandon had the perfect marriage, but they definitely didn’t. Brandon’s very laid-back, whereas Kelly’s pretty high-strung."

Four months later, news broke that Kelly was being sued by her management company, which is run by Brandon's father, Narvel.

The Starstruck Management Group claimed the Grammy Award winner owed the company over US $1.4 million in unpaid commission.

However, the 'Stronger' singer counter-sued, and accused the company of violating Californian laws by "procuring, offering, promising or attempting to procure employment or engagements".

She went on to claim her own husband and his father's company had defrauded her out of millions of dollars by overcharging her for working with them, and even went on to allege the family-run business had unlicensed agents working for them.

"I mean, it's no secret," she said at the time in an interview with Today. "My life has been a little bit of a dumpster... personally, it's been a little hard the last couple months."

In 2020, Kelly was granted primary custody over their two children, with statements from court saying the "level of conflict between the parents has increased". 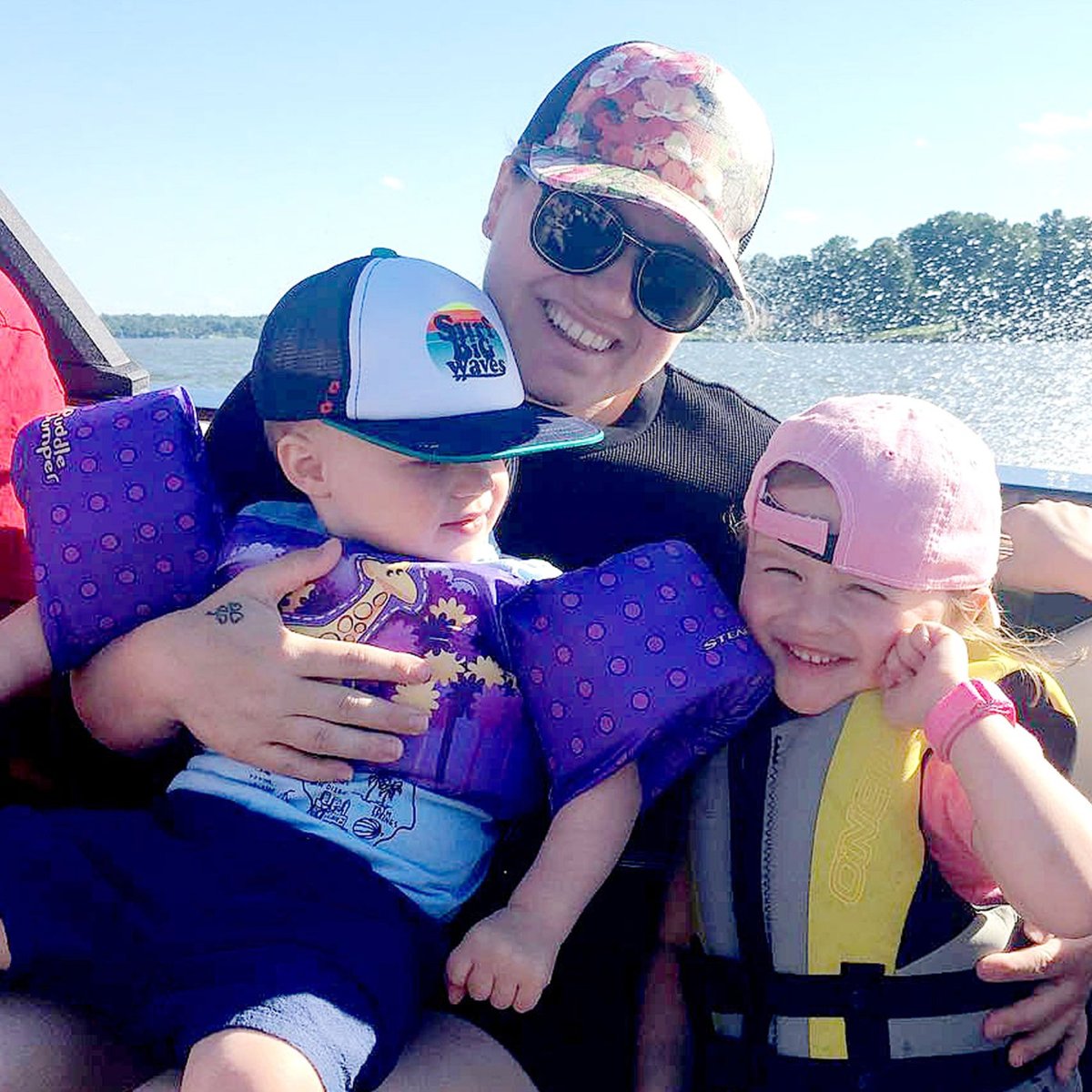 The singer opened up about their parenting situation in 2021 on The Kelly Clarkson Show, where she admitted it had been "tough".

"It’s tough.… I know with me and Brandon, it’s just a difficult thing because we’re in different places, and it’s like, we both agree on the main things, but it’s a hard thing when you’re not together all the time, for me personally," she shared.

"As long as you make sure it’s about the children and their best interests, then we’re both on board."

Reply
Upvote
It's ok Kelly I've been divorced 8 years . U cannot stay there if  u don't love them and vice versa u need to think of the kids . U dud the right thing
M
mamamia-user-482898552 6 months ago