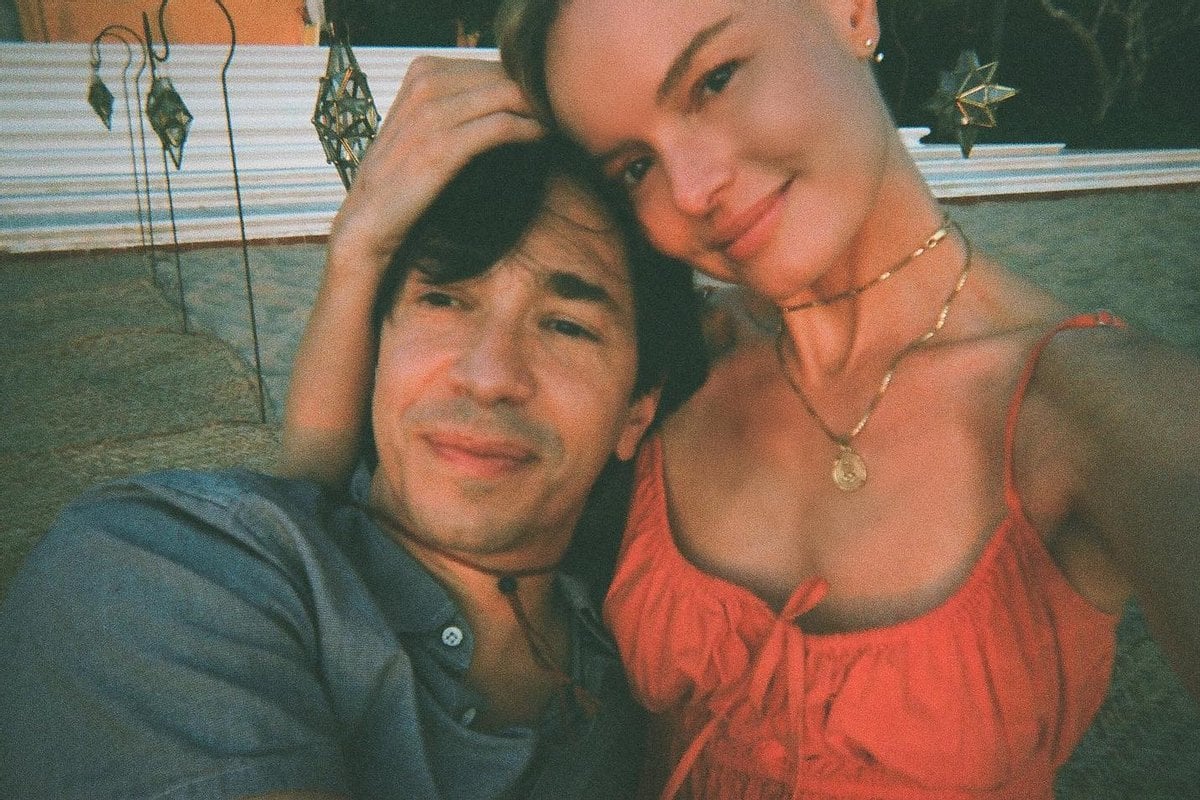 Kate Bosworth lives rent-free in my mind for two reasons.

The first is thanks to her performance in Blue Crush, which confirmed to me that I would be absolutely shocking at surfing. And the second reason is all to do with how she announced her divorce.

Watch Miley Cyrus speak about the stigma of divorce. Post continues after video.

You see, Kate Bosworth is a romantic. She loves hard, and she's not afraid to share it online.

Which is exactly why she's making headlines this week. Bosworth is now sharing the latest love in her life – who happens to be none other than fellow actor Justin Long.

Following the 'hard launch' posts from both Long and Bosworth, I thought it would be handy to run through how this Hollywood couple came to be. From the first meeting to the latest Instagram comment, here's Kate Bosworth and Justin Long's love timeline.

Before Justin Long, there was a divorce and a cryptic announcement.

Kate Bosworth and her husband Michael Polish, who were together for over a decade, ended things in 2021 with a breakup caption that resembled a riddle that would confuse even the brightest of minds.

Paired with a photo of the two of them millimetres away from a kiss, Bosworth opened the statement with a quote:

“Do you want to split a burger?” Yes.

“How ‘bout a shot of whiskey?” Hell yes.

She then launches into a narrative around their falling-in-love story, saying:

"The beginning is often the best part of love. Fireworks, magnets, rebellion — the attraction. The onset signals a wide open expanse of possibility. Split a burger with someone when you are falling in love, and you can die happily knowing this is your last meal. Buy a bottle of whiskey and share shots, pour me a waterfall. Play that perfect song on the jukebox and dance with someone you have known your whole life, though you met minutes ago."

Psst! Have a listen to the latest episode of The Spill right here. Post continues after podcast.

But then Bosworth switches the tone, admitting that they have decided to end their marriage.

"Our hearts are full, as we have never been so enamoured and deeply grateful for one another as we do in this decision to separate. Together, over the last ten years, Michael and I have chosen love, every time. We hold hands as tightly today as we entangled fingers on our wedding day. Our eyes look more deeply into one another, with more courage now. In the process of letting go, we have come to acknowledge that our love will never end. The connection does not simply disappear. The love deepens, the heart expands."

And she addresses the elephant in the room, saying, "Perhaps this will sound strange to some, romantic to others," before stating: "To us: this is truth. And we will drink that down."

The couple met on the set of the movie Big Sur, which Polish directed and Bosworth starred in. Since their cryptic Instagram breakup post, neither has been spotted on each other's social media feeds.

However, Bosworth remains close to Polish's daughter, Jasper Polish – with the two recently starring in a movie together and sharing their love and respect for one another on Instagram.

So, when did Justin meet Kate?

Based on some Internet sleuthing, it appears that Justin Long and Kate Bosworth professionally crossed paths during an unnamed filmed project in early 2021. (Yes, just a few months before Bosworth's divorce announcement.)

Bosworth shared a gushy post thanking Long for his unwavering support during the shoot, saying: "You are a truly spectacular / fun / funny / kind / rare / thoughtful / totally. fckn. rad human being." She ended the caption with, "You gnome, how much I love ya" and a yellow heart emoji.

While nothing became official by any stretch, in the months following their filming stint, the two liked each other's Instagram posts a lot.

Then in December 2021 Long somewhat accidentally confirmed that he was in a relationship during an episode of his Life is Short podcast. He was discussing pizza toppings with his guest when he said: “People have been saying [pineapple] lately and it’s funny, my girlfriend said that hers is uhh — she loves the pineapple, too.”

Things went quiet again after that until Long got a little gushy on an episode of the Dear Chelsea podcast with Chelsea Handler. The actor said that being "in love" is "such a wonderful feeling", before Handler asked, "Am I allowed to say her name?"

Long agreed and confirmed that he was dating Bosworth, but was quick to point out the importance of their privacy. "There's something about it, for me," he said. "That I feel like I need to protect and keep sacred because it feels sacred."

The hard launch of Kate Bosworth and Justin Long.

Despite the desire to protect their relationship privacy, Justin Long and Kate Bosworth have now indeed 'hard launched' their romance on Instagram.

Long was the first to post, opting for a casual selfie of the two of them sipping on a Guinness in Ireland. While Long dodged a loved-up caption, Bosworth was one of the first commenters, posting, "I'm the luckiest. 🍀✨😘" on the pic – and confirming their relationship status instantly.

This week, it was Kate Bosworth's turn to take things public.

While the images speak for themselves, Bosworth made sure the caption let the world know that they are indeed together and very much in love.

"You were born today and the world lit up brighter than it had known and years later you met a girl whose life was disassembled / rearranged but you were patient and with time she fell in love now she has a glow (one that was forgotten long ago) she is so grateful *more than you’ll ever know 💛 Happy Birthday @justinlong you make me smile so big my face hurts xx Thank you for creating peace in my heart since the day we met."

Bosworth also shared a series of images of Justin on her Instagram stories to continue the birthday celebrations. 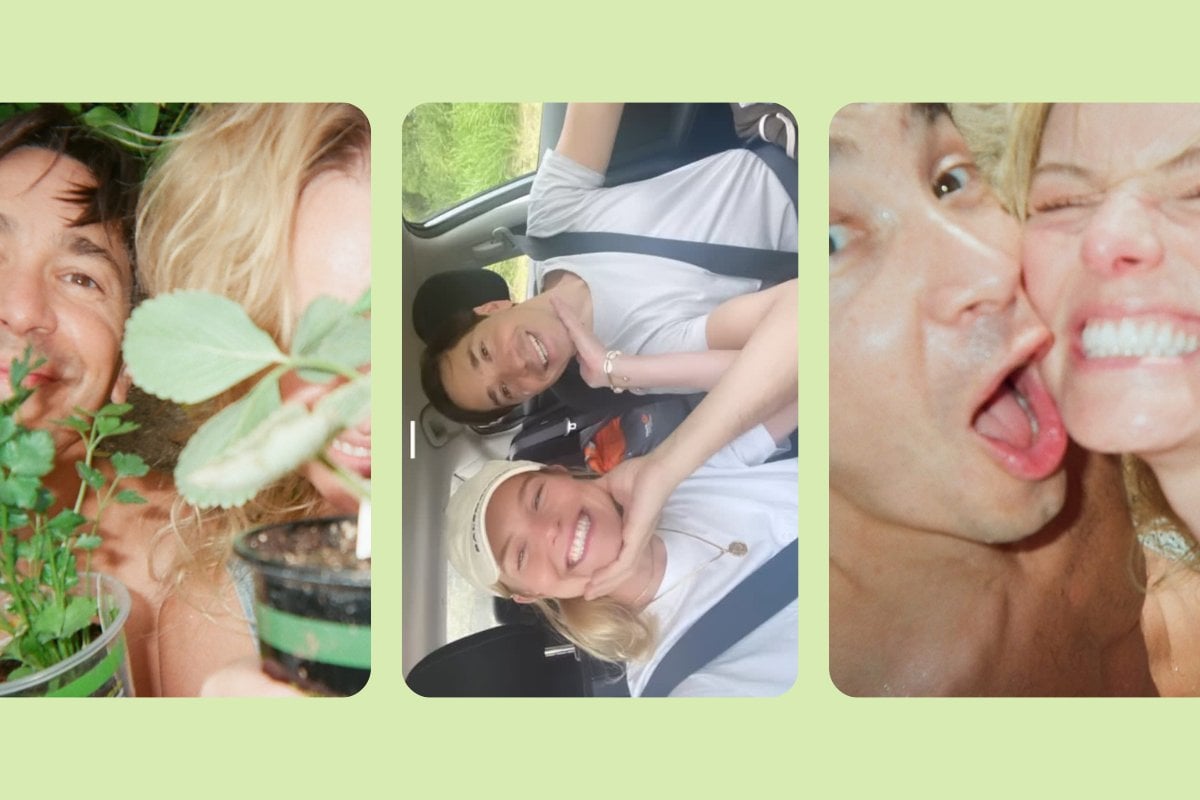 Now that we have enough couple pics to fill an art gallery, we can say with confidence that Bosworth and Long have officially hard launched their relationship.

...And we'll be looking forward to the next post.

Reply
Upvote
1 upvotes
That is the weirdest divorce announcement I've ever read.