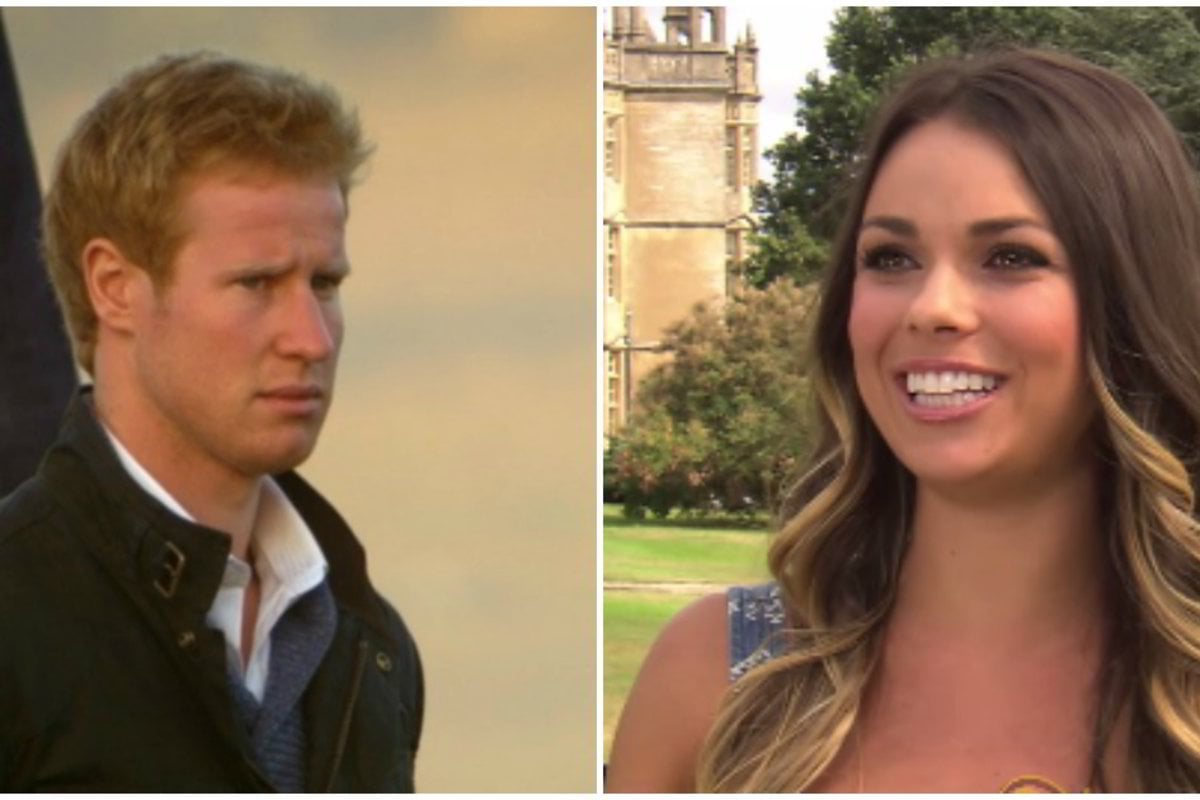 It was 2013. Kimberly Birch and a group of other American women had been shooting a scene for a reality dating show in London. The man they were vying for was a debonair British red-head with a castle, a butler, perfect elocution and a strikingly familiar face.

"Just look straight ahead, and keep going," the chaperone from the production team said, as the women were hurried back to waiting cars.

Naturally, Kimberly glanced over her shoulder.

She spotted what they'd hoped she wouldn't. A nearby souvenir shop selling Royal Family masks; simple photo cutouts fixed to sticks. There were Prince William ones, plus the Queen, and... Prince Harry.

Only, the image of the red-head plastered on that mask looked different to the man that she and the other contestants had been competing over — a man they'd been led to believe was the British royal.

In that moment, Kimberly told Splinter, her suspicions were confirmed. The whole show was a lie.

I Wanna Marry Harry was a 2014 reality show with a sensational premise: 12 US women are duped into believing they are competing for the affections of a then-single Prince Harry. In truth, their 'royal' suitor is a 23-year-old lookalike named Matt Hicks.

Audiences were let in on the ruse from the beginning. But for the women, it was a painfully slow reveal. Hicks' real identity was not confirmed until he selected a winner in the eighth and final episode. The test: Would she still love him for who he is? (More on that later.)

At the time, the 'social experiment' (which we all know is reality TV spin for 'entertainment via second-hand embarrassment') invited global audiences to relish in the naivety of the contestants who, as Refinery 29 deftly put it this week, "were portrayed as gullible bimbos as best, and prime examples of American idiocy at worst".

But in the years since, a handful have spoken out about the heavy-handed tactics producers used to maintain the hoax, from physical and social isolation to straight-up gaslighting.

It started from the very beginning of the process. 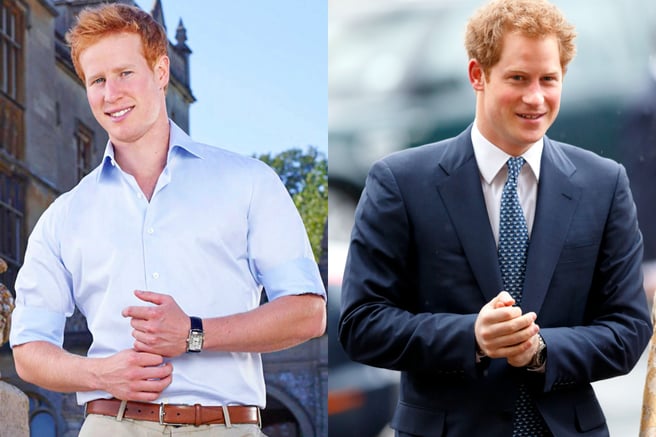 Several of the women have said they didn't know precisely what they were signing up for.

They were told the FOX/Ryan Seacrest Productions show was called "Dream Date", that it would be set in London and involve extravagant rendezvous — but little else. They had no idea who they'd be dating, or that it was a competition program. The whole thing was intriguingly vague.

"They flew us out there and put us up in a hotel a week before we started filming," Kimberly Birch told Splinter in 2015. "They locked us each in our own separate rooms, where we had no TV, no cell phones, no books, and absolutely nothing to do for a full week."

Contestant Meghan Jones told Refinery 29 that once filming started, the women were also banned from speaking to each other between scenes: "They put us in such isolation, and I think it's because they wanted you to go a little nuts, 'cause it makes better TV."

That was also, it's been claimed, to stop them sharing any suspicions about their red-headed bachelor's true identity.

Those who raised skepticism were reportedly gaslit by production staff and warned that it was not their "place" to tell the other women what to think.

"They actually had a therapist come on set at one point and talk to a few of us who were saying it wasn’t him," Kimberly told Splinter. "We found out later that it wasn’t a real, licenced therapist. It was just someone from the production team." 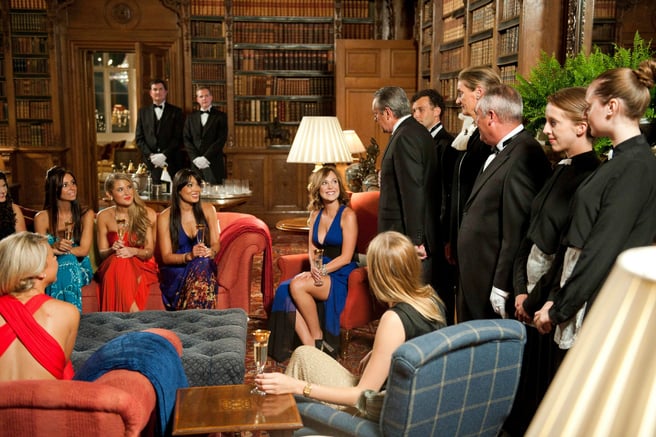 The facade was also reportedly kept up via fake tabloid magazines left scattered around their accommodation, and staged paparazzi packs swarming the 'prince' when they were in public.

"The producers would do things when the cameras weren't rolling," Meghan told Cosmopolitan. "It would just be us alone in a room with the producers and they'd be like, 'Sorry, there's been a security breach so we had to remove him to keep him safe.'"

Speaking to Refinery 29 recently, Kimberly added, "[The] logical part of my brain was telling me this does not look like Prince Harry. This is an absolute ridiculous premise. This would never happen in real life... But the other part of your brain is being completely brainwashed. You're secluded from your friends and family, you have no access to any sort of media outlet, and you are in this castle [being told that] if you're questioning if this is Prince Harry or not, you're crazy."

Despite her scepticism, Kimberly Birch ended up being Matt Hicks' final pick and the winner of I Wanna Marry Harry.

The pair were given equal split of GB£250,000 prize money, and while they remained in contact for a few months after filming ended, they never had a romantic relationship.

Kimberly returned to acting, and completed a Master of Arts in Drama Therapy. She told Refinery 29 her thesis was on the brainwashing she underwent on the show.

Hicks has since claimed he felt uncomfortable about deceiving the women.

"There were people who were upset at the time. I was upset at the time," he told Cosmopolitan. "It was quite an emotional rollercoaster really, but I think it was alright." He added, "I don't know if they were upset because they'd been deceived or if it was upset things hadn't worked out between us."

Despite TV presenting opportunities, Hicks returned to his job as an environmental consultant after the show. He recently told Refinery 29 he is now working in a school behavioural unit and has ambitions of becoming a physics teacher.