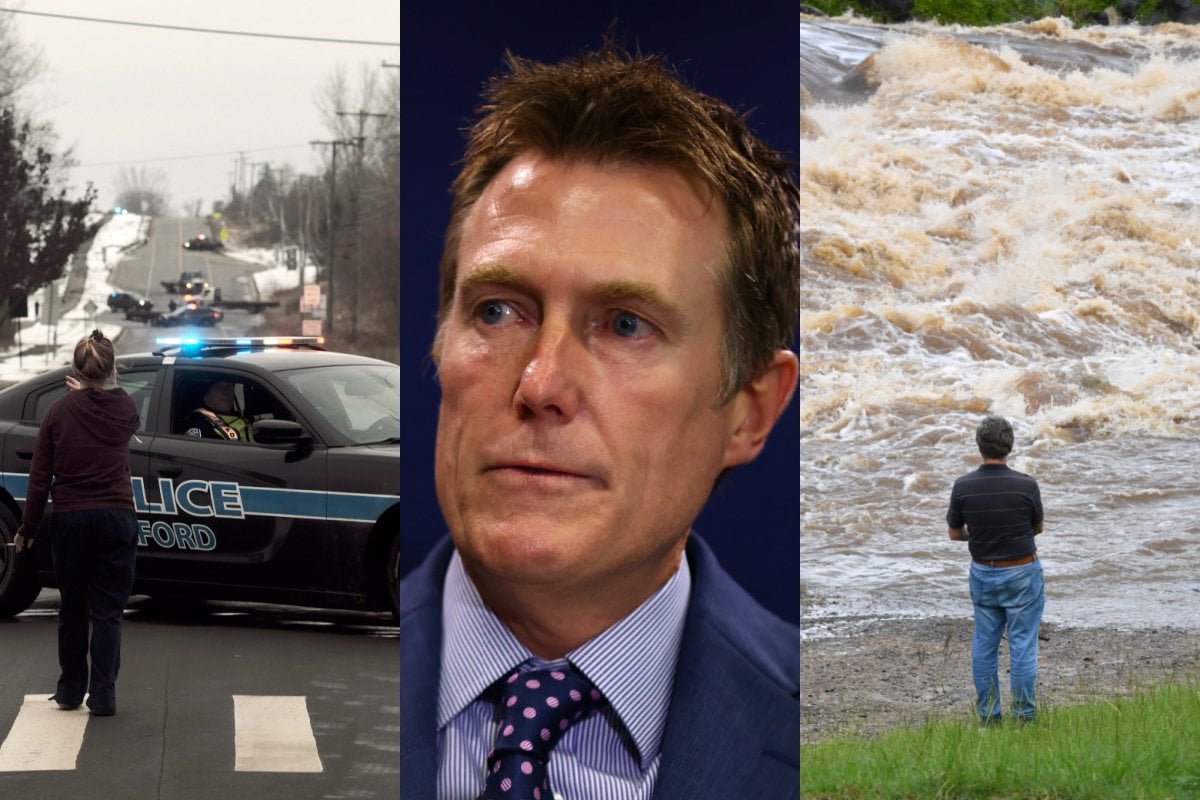 Federal parliament wraps up for the year on Thursday with the exit of two high-profile Liberals and government ranks continuing to fracture.

Former attorney-general Christian Porter announced he would step away from politics at the next election, following a scandal-plagued year.

Meanwhile, Health Minister Greg Hunt is expected to announce on Thursday he is calling time on his 20-year political career.

While Thursday is the last sitting day for the year, it could also be the last time parliament meets before the next election.

The federal election is due to be held by May 2022, but there is some speculation Prime Minister Scott Morrison could call the poll just after the summer break.

The final sitting day for 2021 will likely see further debate in the lower house on the prime minister's religious discrimination bill.

A 73-year-old man has drowned north of Toowoomba after his car was swept off a causeway amid major flooding across southern Queensland.

Southern Queensland remains on flood alert amid a continuing deluge that forced 900 people to be evacuated from Inglewood in the Goondiwindi region on Tuesday night.

At the nearby town of Yelarbon, 200 residents were evacuated on Wednesday with more communities on high alert.

Up to 180mm of rain fell in some parts of the state in 24 hours with more than 50 gauges recording 100mm in southeast Queensland alone.

A number southern QLD communities have been greatly affected by floods, with the town of Inglewood forced to evacuate. At the centre of that emergency is the Macintyre Brook which burst its banks after peaking at more than 11 metres | @Chris_Campey pic.twitter.com/Hwfx81zea8

State Emergency Service was involved in more than 30 swift-water rescues and responded to more than 400 calls for help in 24 hours.

Flooding continues around NSW as well. The town of Orange copped the most November rain, with 317mm falling over the month - three to four times the town's average.

Some of that rain flowed down the flooding Bell River, sinking graves in the Wellington Cemetery, southeast of Dubbo.

Mr Weatherill, 57, tested positive after attending a school reunion in Adelaide, according to media reports.

Earlier on Wednesday SA Health said two men in their 50s have tested positive for the virus after attending the same event as interstate travellers.

They were the first locally acquired cases of COVID-19 since the state's borders reopened last week.

There have been seven cases of the Omicron variant detected in Australia so far - all in NSW.

The World Health Organisation expects to have more information on the transmissibility of the new Omicron variant of the coronavirus within days, which is much faster than the weeks we were previously promised.

Kate Bingham, the former head of the UK's COVID-19 Vaccine Taskforce who secured millions of doses for the country, said scientists should know within a week whether existing shots are effective against the Omicron variant https://t.co/dQBUfwWZcs pic.twitter.com/fBOoq539LY

A senior Botswana health official said on Tuesday that 16 out of the total 19 cases of the Omicron coronavirus variant detected in the country were asymptomatic.

The WHO says at least 23 countries, including much of western Europe but not the US, have registered Omicron cases.

A fourth student, a 17-year-old boy, has died from wounds he suffered when a sophomore opened fire at a Michigan high school a day earlier, US authorities say.

Eight people were wounded, some critically, including a 14-year-old girl who was placed on a ventilator after surgery.

In under five minutes and despite multiple security guards on campus, a 15-year-old with access to a semiautomatic handgun was able to kill a 16-year-old boy and two girls, ages 14 and 17, and wound eight others.

Investigators were still trying to determine a motive for the shooting on Tuesday at Oxford High School.

"The person that's got the most insight and the motive is not talking," said Oakland County Sheriff Michael Bouchard said.

They arrested the shooter, a fellow student, in a hallway within minutes of their arrival.

He put his hands in the air as deputies approached, Bouchard said.

The Women's Tennis Association (WTA) has decided to suspend tournaments in China due to concerns over the safety of former doubles world number one Peng Shuai.

"I don't see how I can ask our athletes to compete there when Peng Shuai is not allowed to communicate freely and has seemingly been pressured to contradict her allegation of sexual assault," WTA Chief Executive Steve Simon said in a statement.

"Given the current state of affairs, I am also greatly concerned about the risks that all of our players and staff could face if we were to hold events in China in 2022."

Breaking News: The women’s professional tennis tour said it was immediately suspending all tournaments in China in response to Peng Shuai’s disappearance. Shuai said last month that she was sexually assaulted by a top member of the Chinese government. https://t.co/yFnvMKf2jW

Peng's whereabouts became a matter of international concern when she seemingly disappeared for three weeks after posting a message on social media alleging that China's former Vice-Premier Zhang Gaoli had sexually assaulted her.

Simon added: "Unfortunately, the leadership in China has not addressed this very serious issue in any credible way.

"While we now know where Peng is, I have serious doubts that she is free, safe and not subject to censorship, coercion and intimidation."

- Fiji has welcomed back its first tourists in more than 600 days on a flight from Sydney, with more due in coming days.

- Alec Baldwin says in an upcoming TV interview that he did not pull the trigger of the gun that fired a live bullet and killed a cinematographer on the set of the movie Rust, according to an excerpt.

- A woman who says she was sexually abused by the late financier Jeffrey Epstein at 14 years old has told jurors at Ghislaine Maxwell's criminal trial that the British socialite facilitated and took part in some sexual encounters.