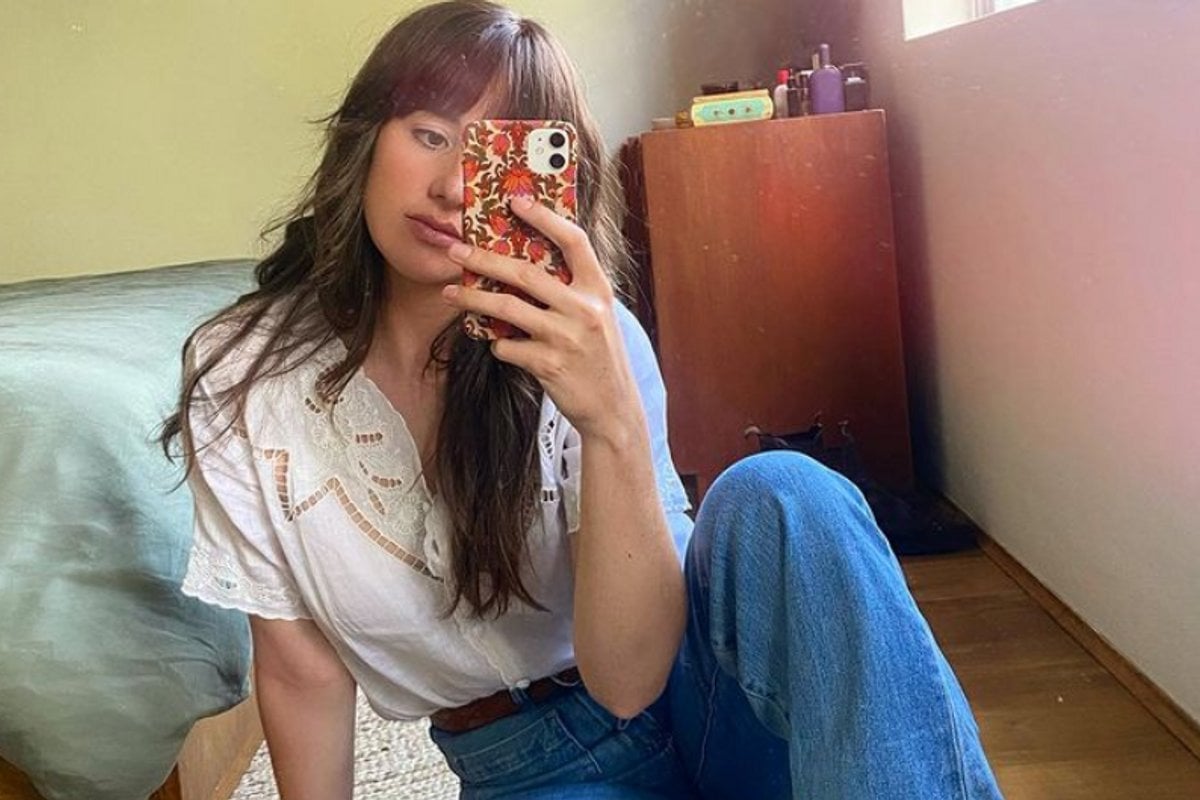 Disclaimer: This author is not a doctor or medical professional, and is sharing her own experience about a consultation about her fertility. For more information talk to your GP.

Hands up if you can remember the year your biological clock just went "HELLO! TIME FOR BABY!".

I was 32. I’d just met a guy I really liked, and as soon as those gooey, lovey-dovey feelings kicked in, so did - for the first time - an urge to procreate.

I didn’t. Procreate, that is - probably a good thing considering we broke up after a few weeks. But since then, every time I see a baby I get this full-body clench, this overwhelming "hnnnnngggg", this deep-rooted need, not want, to have one of my own. NOW.

Except I… also don’t? Want that? I still want to travel (like, really badly, thanks COVID) and chase some career dreams and sleep in until 11am then order Macca’s nuggets and eat them in bed. I want to go for afternoon wines and get home at 3am in the morning. All things that, while not impossible to achieve with a baby, definitely become less desirable when you’ve got a tiny person waking you up at 5am.

Considering having a baby? Mamamia's podcast Before The Bump might be for you. Post continues after video.

This push-pull between wanting kids NOW NOW NOW and wanting to delay them until the last possible second became even more intense this year, when I met my boyfriend Tom. Suddenly, the concept of having a baby became more of a reality, because I could literally get started on it, like, tonight if I wanted to. I mean, Tom would have to agree to this but it was far more likely than when I was single and spending most nights eating an entire pack of dried apricots in front of Blue Heelers reruns.

I’m 35 now and it felt like the right time to at least know if I could have kids. I got a targeted ad for Kin Fertility on my Instagram - an Australian company that shot to fame thanks to its mail-delivery contraceptive pill service, and has now branched into easy fertility testing.

Instead of having to go to my GP to get tested, I answered some questions online and was given a blood test form to take to my pathology centre. I had my AMH (Anti-Mullerian Hormone) tested, which indicates how many eggs I have left, essentially (but importantly: not the quality of those eggs), plus my Thyroid Stimulating Hormone and FT4, 'Thyroxine'. A week later, I received a Zoom link - an appointment with a GP online, who would run me through my test results.

The actual experience with the doctor was fantastic. She explained everything in an easy-to-understand fashion, and I was then sent my results both in raw form (that doctory-looking document no one understands) and in a more digestible doctor’s letter with some cute graphs. It made the whole process far less confusing. She explained why we tested my TSH and FT4, basically that those factor in to whether I release an egg each cycle. "Thyroids need to be happy. If they aren’t, they can suppress your ovulation and disrupt the health of a pregnancy and your metabolism," she explained.

I wasn’t expecting to be hyper-fertile, given I at least somewhat understood that ageing = decline of fertility, but I didn’t expect my window of fertility to be so damn small. "You’re on average with the Australian population," the doctor told me, pointing to a graph that showed my fertility narrowly sitting in the 'green' zone (relatively easy to get pregnant) but on a nosedive straight into the orange zone (harder to get pregnant, will possibly need IVF).

"So how long do I have in the green zone?" I asked - obviously. "Hmm, I’d be trying within a year or so," she suggested. The idea filled me with dread - a year of freedom left?? One year of still behaving like an idiot before I have to start trying to get pregnant? 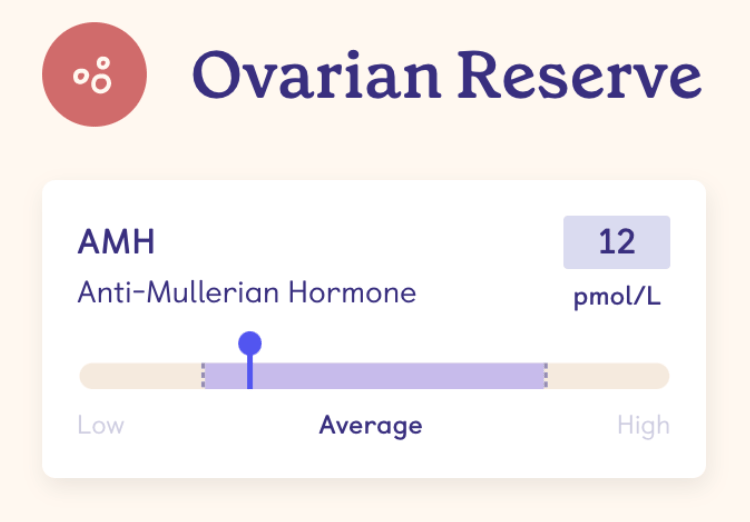 My AMH level in a cute little graph. Note: This is one small part of assessing fertility. Image: Supplied.

That panic was both about this massive lifestyle change looming in the very near future, and a panic about possibly missing the fertility boat. What if I nosedived into that orange zone within two months and then hightailed it to red!? I suddenly had an actual rough guide around my fertility timeframe and I didn’t like it at all. Then she explained that even thought my egg reserve was in the green, that didn’t necessarily mean my eggs were in peak condition - as we age, our egg quality declines. "Ladies in their twenties will have 80% normal eggs and ladies in their 40s will only have about 30-40% normal eggs," she said.

I barely listened to anything the doctor said beyond this and sat in a tailspin. I heard that my thyroid hormones were normal and that’s about it. The panic around running out of time won out, and once my session was done I ran out to my boyfriend and told him very seriously that I would be stopping the pill to prepare my body for a baby. You can imagine the look on his face.

The next morning, I calmed down. A bit. I reasoned with myself that I didn’t need to immediately quit the Pill, because I did have some time on my hands. I mapped out some tentative plans for the next year or so - move to the Northern Territory for a bit. Go overseas for six months. Have a blow-out 36th birthday. Obviously, as the saying goes, God laughs at your plans or whatever - but having a bit more of a time frame around pregnancy has meant I feel more urgency around things I’ve said I’ll do, things that may not be feasible with a baby - but haven’t gotten around to.

I do wonder if finding out my fertility situation was not wise. I don’t feel empowered by the knowledge, I just feel shit-scared. Like, more scared than I felt when I had no idea what my fertility was like. Still, maybe I needed to be shit-scared - maybe I needed that kick up my ass to actually think about what the next few years looked like, and to realise that time isn’t never-ending. We do have to make choices, and they’re often really damn hard ones.

It also prompted more candid chats with friends who have kids, and while everyone said that yes, parenting can be hard, surprisingly they also debunked my idea that parenting meant a huge loss of freedom. One friend took her six-month-old around Europe for a month, and loved it. "He won’t sleep in Sydney, he may as well not sleep in Mykonos," she said matter-of-factly. Another plans to move to the Northern Territory next year, like me.

If you’re thinking about getting your fertility tested, I suppose my advice would be to prepare yourself. It won’t be the answer to all your concerns, because it really does just introduce more questions and, even worse, decisions. But I feel like they’re questions I needed to be asking myself and decisions I needed to be making. So often we put the big stuff on the back burner and just plod along in life - like yeah, I want to move overseas but 'someday'. Sure, I want to have kids but 'eventually'. Ultimately I do think it was good for me to know more about my fertility, to be armed with knowledge and not just a vague sense that my window was closing.

I’m still on the Pill and I want to wait at least another year before thinking about having a kid. My relationship is still pretty fresh and I have a bit of travel I want to do. I run the risk that I could start trying and find myself struggling to fall pregnant. Or it might happen instantly. Or I may find that I can't fall pregnant, and end up living a big, exciting life without children - because that is also a totally wonderful life many women have, and I’m okay with that, too. The truth is we really don’t know for sure where our decisions will take us, even when we do gather all the information. We take our best punt at it, but anything can happen beyond that, and that’s honestly the magic of life.

There often isn’t a right or wrong choice, just a bunch of options that lead to more options, that form your story. So find out, for sure, if you want to - just remember that what you find doesn’t define you or your future happiness.