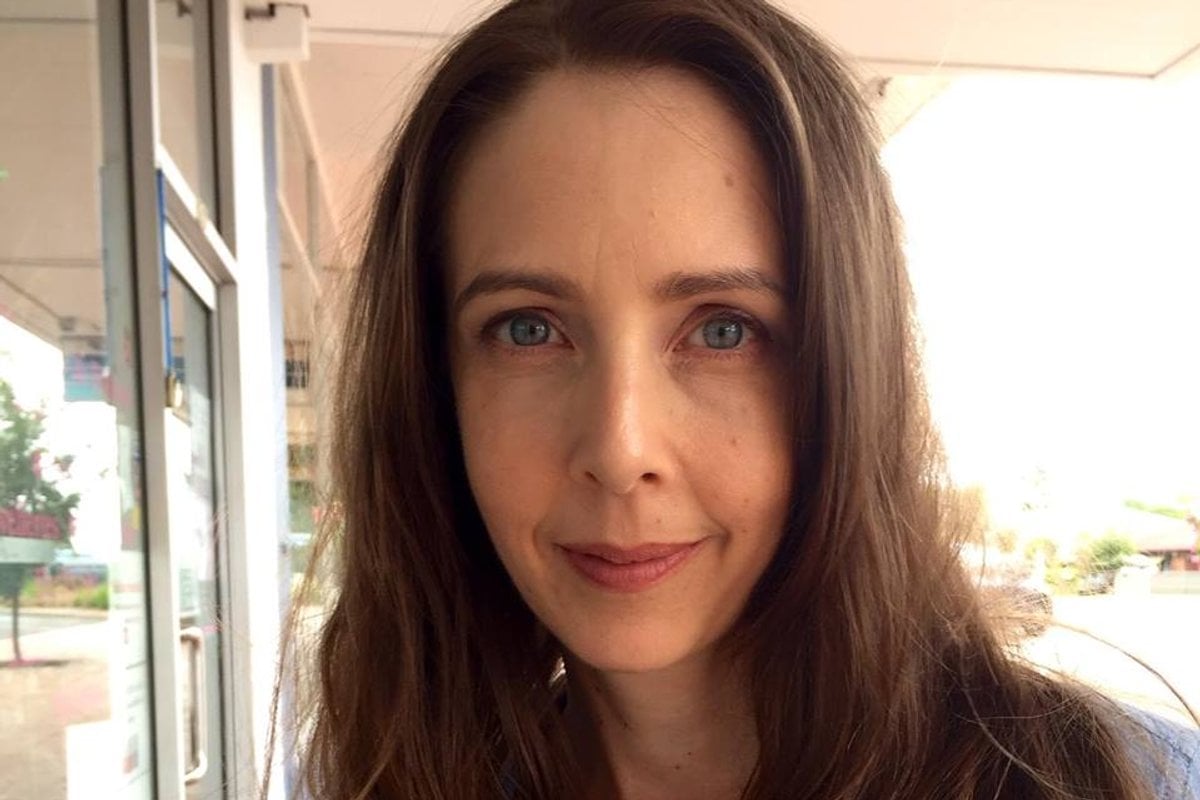 I clutch my hands over my breasts and dangle my left foot above the bathtub.

I’m momentarily distracted by the glittery blue of my painted toenails but quickly snap back to reality when a slate is unceremoniously clapped in front of my face.

A boom microphone bobs fleetingly into my peripheral vision as the sound guy shouts "speed". The cameraman wedged tightly behind his equipment in a corner of the shower calls out "rolling".

Watch: The times our bodily functions got the better of us. Post continues below.

The director, who is outside — there’s only so many people you can fit into a bathroom — yells "action", and I drop my hands and slide into the bathtub.

I’m trying hard to stay in character, but my mind is insisting on focusing all its attention on my flabby middle-aged tummy and no longer perky (have-breastfed-two-children) breasts.

I suck in my stomach, push out my shoulders, arch my back... that must look better surely? I surreptitiously glance down and catch a glimpse of bulging stomach flab. Oh god! The door to the bathroom bursts open, startling me – good natural reaction there – and a half-naked man storms in.

He tries to grab me and pull me out of the bathtub, I thrash around and fight back, until my mind interrupts me with the critical information that I am still naked and now side-on to the camera. Not a good angle for no longer perky breasts.

I turn more frontwards as another man, a security guard, races into the bathroom and grabs the half-naked man, dragging him out. I quickly suck in my stomach, push back my shoulders.

"Cut!" the director yells, strolling in.

"That was great, maybe a bit more relaxed at the start. You looked a little tense. I loved the freezing up moment in the middle of the attack though. Let’s do it again."

Half-naked guy pops his head in around the bathroom door.

"Are you ok? I didn’t hurt you? You feel comfortable? I didn’t accidentally touch anything I shouldn’t have?"

I nod reassuringly, looking forlornly at the rapidly diminishing bubbles in the bath. The director notices and immediately squeezes in some more bubble liquid, but the water is too cold – my choice, mistakenly thinking that the cold will make me look more taut and perky – and the bubbles dissipate the minute they hit the water.

We shoot the scene multiple times and once I get over my body hang-ups, I am pleasantly surprised by how comfortable I start to feel being naked in front of the cast and crew.

As an older actress, I never imagined I’d be doing a nude scene. When I was in my twenties and even thirties it was common to be asked to strip off, but now? Rarely are older naked bodies requested or seen on the big screen.

The recent media coverage regarding the Mare of Easttown director offering to edit Kate Winslet’s ‘bulgy’ stomach in her nude scene demonstrates that even when a real older body is filmed, the urge to heavily edit it and make it more palatable for the screen is strong.

Davo Hardy, the director of the film I’m working on is passionate about bringing real bodies onto the screen. Not the sanitised, sexualised bodies shot with perfect flattering light and angles that we’re used to seeing. He wants genuine, flawed, real bodies. Male, female and non-binary.

It’s confronting. Not just for the real bodied actors shooting the scenes, but for audiences too.

Films are a form of escapism and audiences don’t always want to be reminded of reality when they watch a film.

Embracing body diversity (size, shape, age, colour) on our screens, and filming bodies in natural light, with unflattering angles and minimal editing might be confronting, but it will bring us closer to a greater level of acceptance of our own real bodies.

Until that acceptance comes I shall watch my own nude scene on the big screen whilst tightly clutching a wine glass!

Caroline is an actor who has played a wide variety of character roles in indie films and on TV. She is also a screenwriter and filmmaker best known for the award-winning dark comedy film Swipe Left. Her writing has appeared in several Medium publications including MuddyUm, How Pants Work, Sex and Satire, and No Crime in Rhymin’.

katp a month ago

Reply
Upvote
I'm wondering why it is that people want to see others naked for the purposes of entertainment.