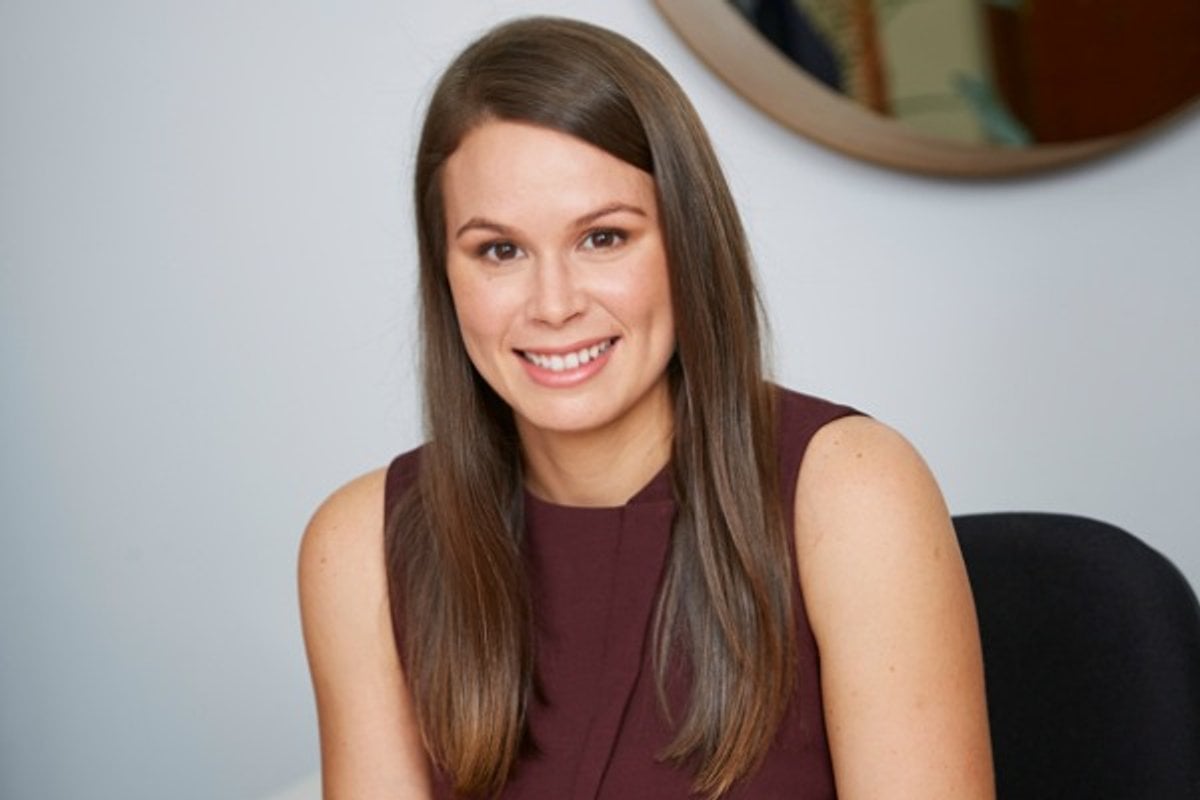 Melia Benn spent an entire year watching a man she thought might be her father walk past her.

She'd order from the same barista at around 7am every morning while the same homeless man wandered past as he left the nearby Diversionary Centre, a service set up for those at risk of being taken into custody for public intoxication offences.

It was their little routine, carried out completely independently of each other.

Watch: The Stolen Generations: Why I Can't 'Get Over It'

In her late 20s at the time, Melia hadn't had contact with her father since she was around four.

But there was something about the homeless man's features that made her think it just might be him.

It was her auntie - her father's sister that confirmed her hunch one day - when they were having breakfast at a cafe in the city and the man walked past.

He'd left the family home in Cairns due to alcoholism and allegations of domestic violence.

For this reason, Melia kept her distance.

When her father left, if made it a lot harder for Melia and her sister to stay connected to their cultural roots.

"It's a funny thing to sort of differentiate your culture from your identity. So I've always known that I'm Aboriginal. I've always felt Aboriginal. But unfortunately, I never grew up immersed in cultural practices or anything like that," Melia told Mamamia.

It's why the 32-year-old feels particularly proud to be one of only two female Indigenous barristers in the entire state of Queensland. As an adult, she's finally getting to know her community properly, while representing them in court.

"That's the edge I have when solicitors brief me. An example of that is a couple of weeks ago, I was brought on to a legal team for a woman who's been accused of stabbing her partner, and she has requested specifically for an Aboriginal woman. And that's to assist with communication and things like that while giving her a culturally safe space." 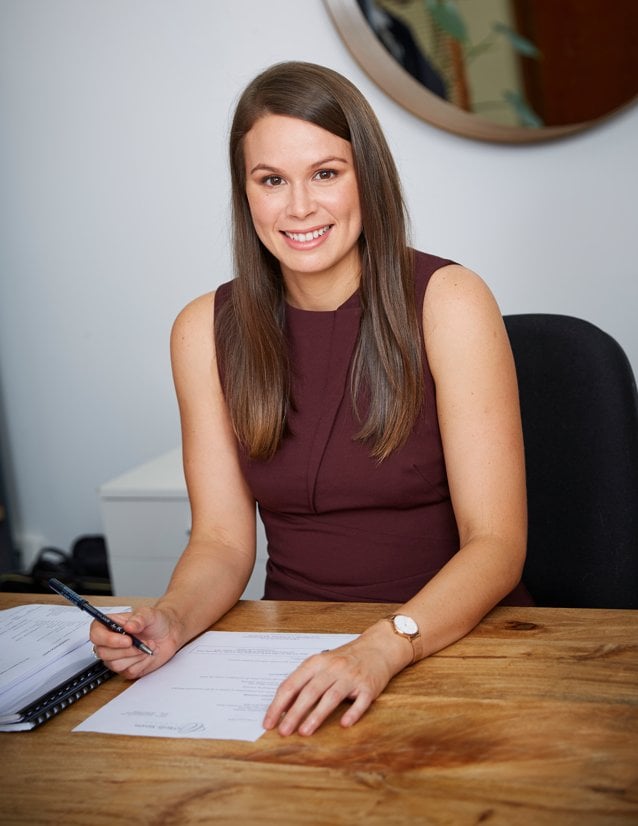 Melia Benn is one of only two female Indigenous Australian barristers in QLD. Image: Supplied.

When Melia was studying law, she had no intention of going to the bar. But in 2018 she met Joshua Creamer, an Indigenous barrister who told her about the urgent need for women with an Indigenous background on his team.

"He was saying that they needed an Aboriginal woman to be able to speak to Aboriginal women witnesses, because at times they declined to speak to him. Even though he's Aboriginal, he's still a man. Culturally, they're rarely going to want to tell a man no matter what colour he is about things that have happened to them in a sexual context, for example," Melia explained.

Even though Melia didn't grow up with her Indigenous family around her, she says there's a core understanding that she shares with her clients that she can't even explain.

"You don't have to explain certain concepts to each other. There's just this mutual understanding on really core topics or core feelings or experiences. So even though I may have lived a very different life, we come from the same understanding of being an Aboriginal woman."

But existing in a legal system that isn't designed for her, isn't always easy. As Melia tells Mamamia, "the courts and the legal system have been built for predominantly white males, let alone females. Then to add on top of that the extra layer of being an Aboriginal female. Yet we keep turning up day in, day out, just being there and attempting to make a difference." 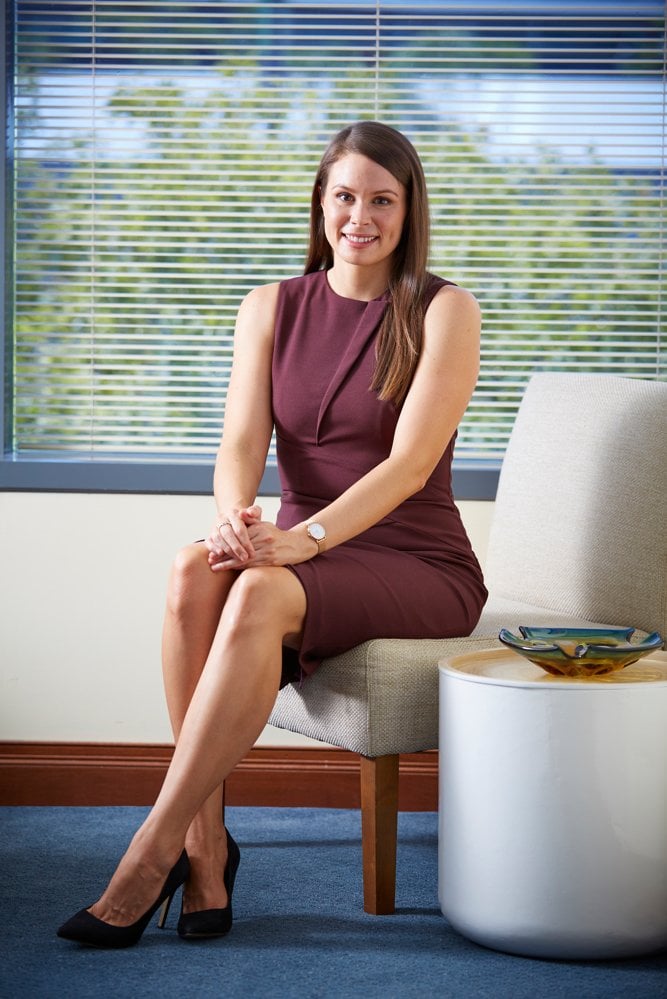 Melia has reconnected with her Indigenous roots as an adult, dedicating her career to First Nations clients. Image: Supplied.

This reality felt particularly poignant in 2020, as Melia watched Australia come together to protest against Aboriginal deaths in custody as part of the wider Black Lives Matter protests following the death of George Floyd in America.

It's a topic she struggles with.

"I am grateful that something has sparked the conversation in Australia and I hope that it doesn't go away - I hope everyone keeps pushing forward on the issue. But at the end of the day, those sorts of topics become very emotional for me because of my situation with my father being a part of that system."

"When I haven't seen him for a few weeks you always start thinking the worst because I know he's a very vulnerable man. He only has himself and he has all of these interactions with police. I represent people who get arrested, and sometimes those arrests are not pretty. What Black Lives Matter did was put something that we see every day as defence lawyers on a national stage," said Melia.

"Avelina and I always just say one case at a time, just focus on one case, and then the next one. Otherwise it becomes very overwhelming," she said. "And you can't change everything in a day. You just got to chip away at it."

They're also, as a result of their unique position, each other's closest professional confidants.

"We always say, 'we're our ancestors' wildest dreams'. Living in the corporate world and turning up to court wearing robes and wigs? That's such a new phenomenon of us women doing that. And for two Aboriginal women to be doing that, that's huge. So we celebrate all the small wins as we go along. We also sit in the sadness... we sit in the days where it feels like we're not making a difference and remind each other that we are. We are just by being here."

As for Melia's father, she has started to slowly reconnect with him in recent years.

"There is this really strange comparison in the way that I live my life as a 32-year-old and how my dad's life has turned out. And by a really strange coincidence, the courts are a common denominator in both of our lives for really different reasons," she told Mamamia. "That's taken a lot of work personally to adjust to and live with."

You can hear more from Melia and other First Nations mentors tonight on a special NAIDOC Insight episode at 8.30pm on SBS.