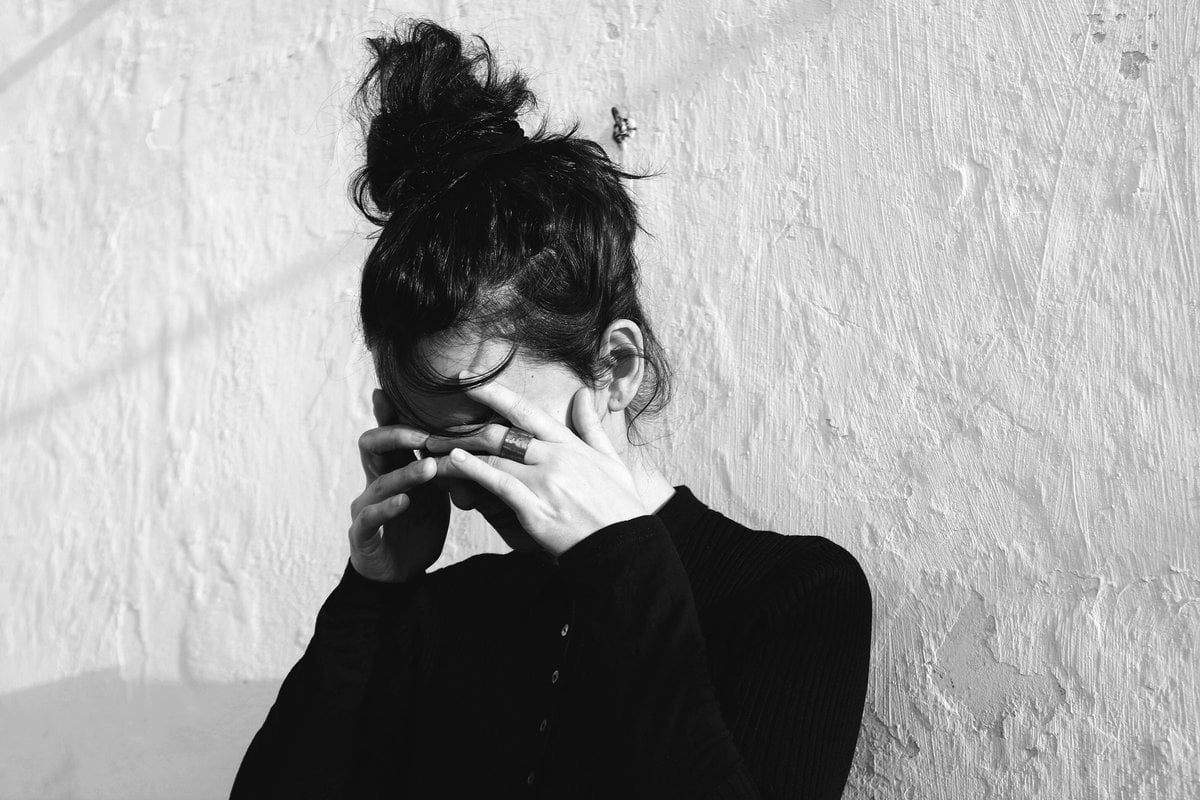 This story includes descriptions of drug use and may be triggering to some readers.

I'd been married for six years when I found drugs in my house.

While my infant twins were napping, I'd decided to hang a tiny canvas painting that celebrated coffee on the wall above my kitchen cabinets.

While up there, I glanced along the dirty, dusty line of the top of my kitchen cabinets, and there, in the back right corner, I saw an empty prescription bottle. I reached over and picked it up. It wasn’t dusty. It obviously hadn’t been there very long. The label had been peeled off mostly, and inside was a Ziploc baggie containing only pot crumbs.

Pot’s not that big of a deal to most people. It was currently legal for medicinal purposes in bordering states. CBD retailers had just begun popping up, and it was clearly just a matter of time before our state would begin selling pot too.

But I wasn’t "most" people. At the time of this discovery, I had been clean from drugs and alcohol for over nine years. The only other person that lived with me — my husband at the time, whom I’d met in a 12-step fellowship — also should have had nine years clean.

For there to be drugs in the house of two recovering drug addicts was a BIG deal.

"I found pot in our house," I texted my husband.

I snapped a picture of it and sent it to him.

"Whose could it be?'

No one had recently been in our home long enough for me to even think they might have stowed it, so I just let it go, as if I’d never found it.

The "mysterious" owner of the pot wasn’t officially figured out for another month. It was — you guessed it — my husband’s. It also wasn’t just pot that I found later.

It should have occurred to me that if I hadn’t brought the drugs into my house, then the next logical choice would have been the other drug addict who lived there. The fact that I shouldn’t trust my own husband never even crossed my mind.

I later learned that he had actually been secretly using drugs for nearly the entire time we’d been together.

I was so baffled, so confused when I found out. I’m a smart woman. Not only that, I’m a recovering drug addict. Shouldn’t I, of all people, have been able to know that the man I was living with was using drugs??

I should have, but I didn’t.

I’ve written before about gaslighting and cognitive dissonance, defined as "the feeling of acute mental distress produced by holding two or more contradictory beliefs at the same time, or by believing one thing and doing another."

A part of cognitive dissonance means trying to deal with difficult situations through "positive illusions."

To avoid confronting uncomfortable realities, we attempt to convince ourselves that everything is better than it is.

Let’s say you were diagnosed with diabetes, and your doctor told you that you must make dramatic changes to your lifestyle. Although you, of course, believe your doctor, you may not want to accept how serious your diagnosis is.

You don’t want to go through the upheaval of making major changes to your diet and exercise habits, so you deceive yourself into thinking that it’ll be just fine to carry on as you were before. Then, as to be expected, you get seriously ill and have to finally make those changes.

It’s not that you’re an idiot or a fool for not following your doctor’s advice.

It is instead what political scientist Arthur Lupia of the University of Michigan calls a "basic human survival skill." There are simply more important things than truth.

Let’s say you hear a growl in the bushes behind you. The safest thing for you to do is run away, even if it turns out someone was just messing with you.

Survival is more important than truth.

Much like we apply fight-or-flight to dangerous situations, we apply it to threatening information as well.

Humans, scientists have concluded, have a tendency toward "motivated reasoning", which means a subconscious negative response to new information that goes against our previous beliefs.

Our reasoning is suffused with emotion. Not only are the two inseparable, but our positive or negative feelings about people, things, and ideas arise much more rapidly than our conscious thoughts. Our feelings arrive before our reasoning can.

It’s not that I didn’t want to see my husband’s behavior for what it was.

Thus, I went to great lengths to explain away behavior that probably would have seemed obvious to anyone else. So, my husband had red eyes a lot because of "allergies." He craved sweets because he had a "merciless sweet tooth." He couldn’t hold onto money because he "really liked collecting." He hurried me off to bed night after night "because he needed time to himself."

It’s so hard to admit when we’re wrong, that reality doesn’t match up to our beliefs.

I thought about this a lot for myself. How even when I held drugs in my hands — not just once, but three separate times — I still wanted to believe my husband had never betrayed me.

I wanted to will the drugs I’d found out of existence.

But eventually, I had to give up my theory that my husband was a good guy, or at least a guy I needed to stay married to.

Admitting I was wrong about him, wrong about our marriage, was hard, but sometimes the best thing to come out of admitting a mistake is that we can build something better on top of it.

This post was originally published on Medium and has been republished with full permission.

Tara Blair Ball is a Relationship Coach and Writer. Check out her other work at tarablairball.com, and sign up to get her FREE "Be a Match for Your Dream Relationship" worksheet here.