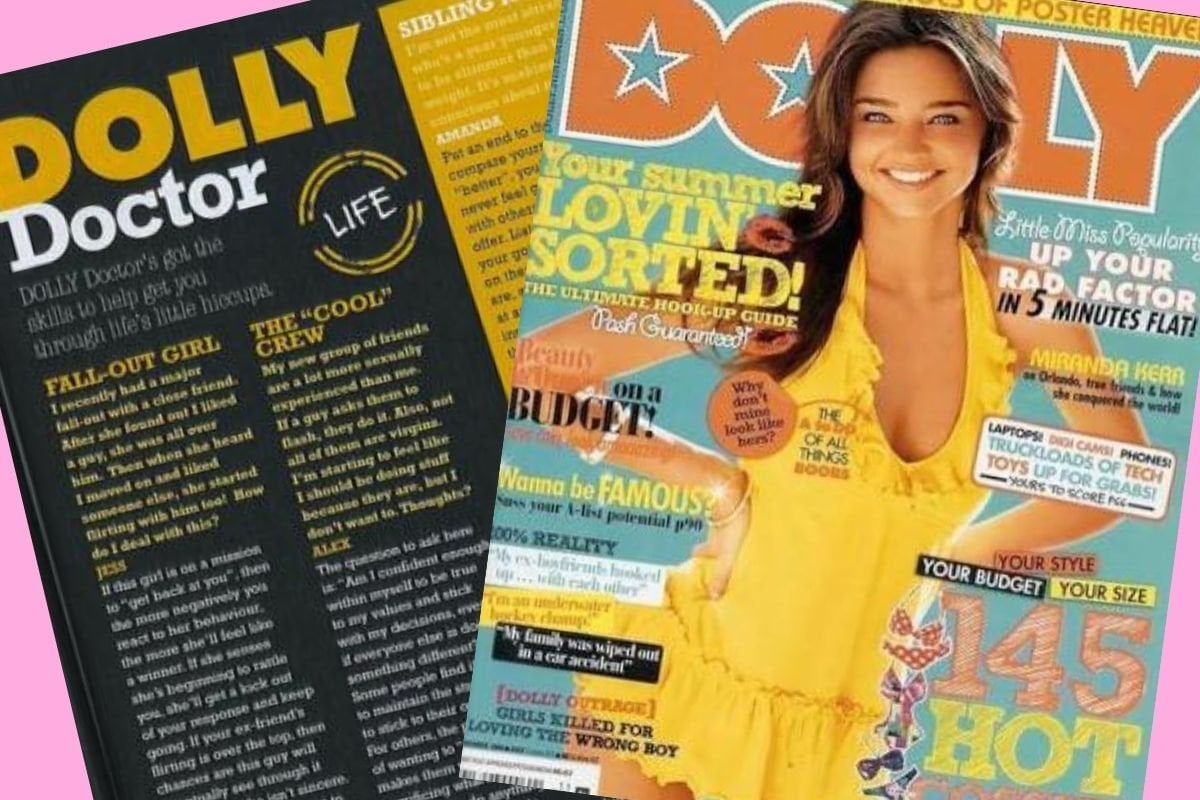 There's something so nostalgic about Dolly Doctor isn't there? The whole ritual of taking a shiny new issue of Dolly Magazine into your room and ripping open the sealed section (eep!), chucking the torn strip in your bin and hoping no one would see it, because OMG HOW NAUGHTY OF YOU.

And as you flipped through the pages, it was all in there. Everything. Nothing was off limits or too embarrassing for Dolly Doctor. It was our bible.

"If you put your finger in your vagina, can you get pregnant?"

"Why is there white stuff in my undies?"

These were the kind of questions Dolly Doctor answered on the reg - all the sticky stuff about puberty, sex and relationships. She was like the older sister we never had - always on hand to hear out all the stuff that was too cringey to ask our mothers.

Watch: Feel like taking a trip down memory lane? Here are our favourite Dolly magazine covers over the years. Post continues below.

Now, Dr Melissa Kang, the woman behind Dolly Doctor, is here to guide and inform the next generation of young adults, co-authoring a new book with Yumi Stynes.

It's called Welcome to Consent, and it's everything the Australian Government consent video is not. (No milkshakes references. Not one). 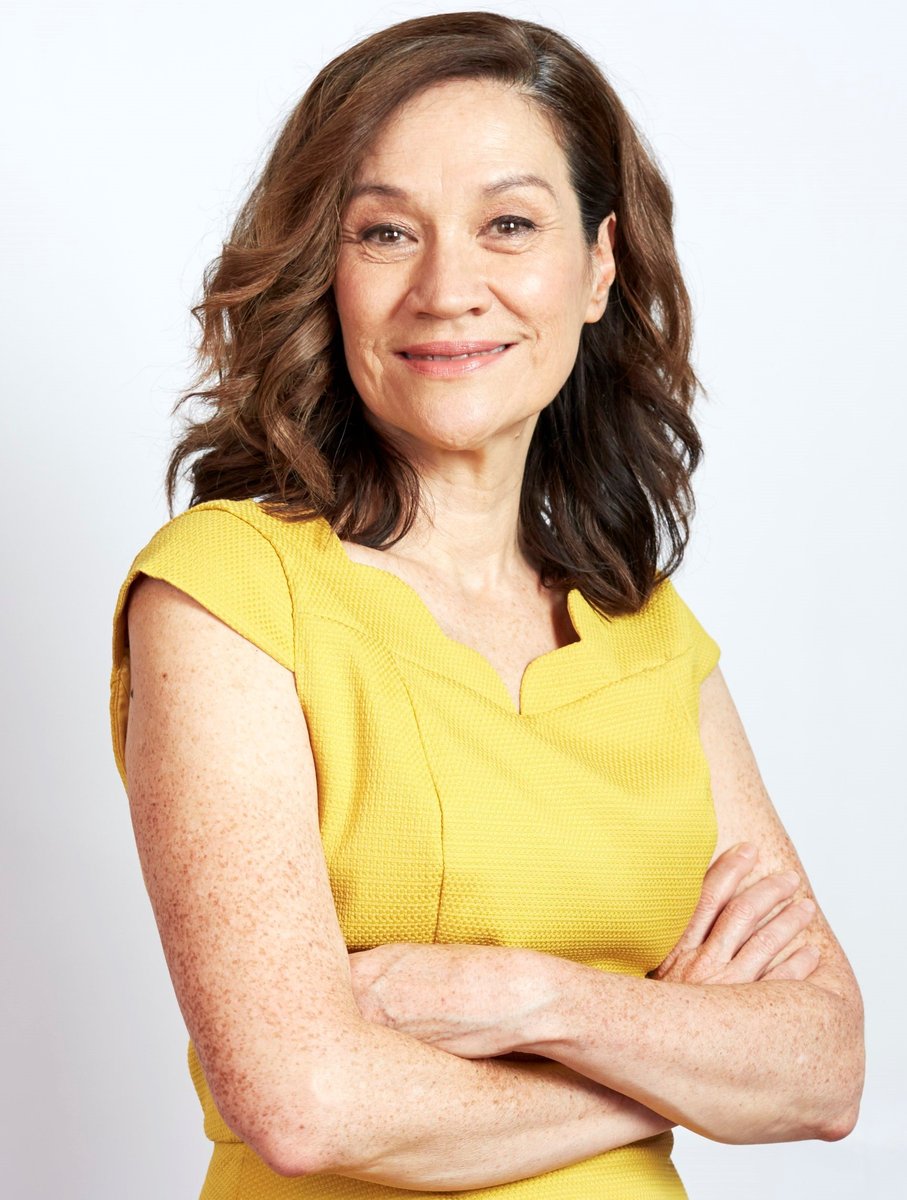 So, we sat down and had a chat with Dr Melissa, and asked her what it was like answering the secrets of Australian girls for 23 years.

The most common questions we asked Dolly Doctor.

Before we get into it, yes - all the questions were real! Gosh, you guys.

"They were mostly from girls who were going through puberty. A really common question would be, 'I've got this white stuff in my underpants, what is this? I don't have my period yet.' A very kind of common biological phenomenon of which obviously they learn about periods in school, but maybe not what happens right before you get your period."

Listen: The magazine queen who lost her job. Post continues below.

"A lot of them would say, 'What does this mean? I've had this bodily reaction when I think about this person who I don't even really like', or 'I've had some sexual thoughts about a girl, does that mean I'm gay?'"

Bless. Don't you just want to give these little cherubs a squeeze?

"They weren't thinking about doing it - they weren't at that stage. But they were probably hearing stuff, seeing stuff and wondering things like, what oral sex is and how does it actually happen, and how do two women have sex together."

How Dolly Doctor letters changed over the years.

Before the Internet, Dolly Doctor was the home of sex education. But over the decades, Dr Melissa said girls became more and more educated and had a better understanding of their anatomy - whether it was through school or a little old thing called the Internet.

"One of the biggest things I noticed over the years was more sexually explicit and technically correct language around genitals. There was perhaps a greater awareness of the vulva and the components of the vulva, with girls naming those areas - clitoris, vulva and vagina - rather than perhaps using euphemisms or not being quite sure."

The other thing Dr Melissa noticed? How pubic hair completely disappeared over the decades.

"The other significant trend was that there were more and more questions about how to remove pubic hair and as a consequence of that, noticing that the vagina/labia were asymmetrical or didn't look right."

Dr Melissa said that this probably correlated with a lot more pornography becoming accessible, with girls beginning to worry or become embarrassed that their genitals weren't attractive enough.

"When I think about the influence of online pornography and how that might have impacted Dolly readers and questions about sex - I didn't see a lot of that because they were younger readers and weren't at that stage in their lives," she said.

The end of an era.

Dolly Magazine finished up in 2016, after 46 years. If you grew up flicking through these glossy pages, you can't help but feel a sense of sadness about losing something we used to rely on for so many years.

And for Dr Melissa, it's no different. She said she misses hearing the curious voices of young girls.

"I think that we have lost something. It's not necessarily because of the Internet as such, but rather we've lost the one place to go to. I think from the perspective of adults like myself and other health professionals, I really felt like there was a relationship between the magazine and the readers - even though it was anonymous," she said.

"It really felt like myself and others who worked for Dolly and wrote for Dolly Doctor really got an insight into who these readers were. And there was this interesting relationship between the reader and us, and it was a mutual learning in a way. I think that's what's been lost."

For teenagers today, information about health, sexuality and anatomy is obviously more accessible than ever - with the takeover of doctor Google. But Dr Melissa said what might've been lost in this process is that sense of a personal relationship - the reliable hub you go to for help.

"I have a lot of nostalgia for it, as do a lot of women who grew up reading Dolly. I still work as a doctor and see patients and I don't tell them about that and I never did. But sometimes my colleagues will say did you know Dolly Doctor? And they'll say 'no' - these are young women under 18. Some of the ones in their 20s can remember Dolly Doctor but it's not something for this current era of teenagers. It is a gone era, and it's kind of sad."

While some of these letters were total chaos, there's such an innocence and naivety about these clueless little teens - it's enough to make anyone want to just give them a hug and put them in their pocket.

Dr Melissa said separating herself from being an anonymous health professional and their sister or their mother was a weird feeling - and something that was challenging at times.

"In the mode of writing answers to questions, they were typed up and faxed or emailed to me by the magazine editor. So it was only when I asked to recieve the actual letters that I felt a relationship with the readers. I'd get them [the letters] in batches, however many months later - so reading through those it would just my like - oh my goodness, I just want to give you a hug!"

Through the colourful ballpoint glitter pens, the handwriting and the jazzy paper, Dr Melissa said that having the actual letters really brought the person to life.

"There's just something about reading the written letter that made you feel a connection."

The one piece of advice Dolly Doctor would always give her readers.

The one piece of advice Dr Melissa said she gave to most of the young girls was knowing that the changes going on in their lives, bodies and minds was a universal experience - that they weren't alone.

"It doesn't make it easier, but it helps to know you're not alone in going through this and that it would be okay. I know that as a mother, when my children were adolescence this was the message I'd be giving them. I think the Dolly Doctor questions conveyed that same kind of angst and stress," she said.

"I did also like to talk about having adults around you that you could trust - and it's very hard in the short amount of text. But it's actually really important. We talk in the book (Welcome to Consent) about having a safety circle around you. And this is something I ask as a doctor - it's a very routine part of getting to know a patient. So, I think I also tried to convey that in a shorthand way."

Dolly Doctor on the current generation of young women.

"I would like to think that young women today know what their bodies do, understand their own desire and what feels pleasurable for them. They live in a society now that is a bit more free to talk about these things and there's a lot more information on the Internet."

Dr Melissa said while she'd like to think that this generation of young women feel they have more self-confidence - it's clearly not what we're seeing in light of everything that's come out this year.

"We do still live in quite a sexist and pervasive culture really, even for this younger generation growing up," she said.

"I feel very hopeful because of everything that's happening right now. I have confidence that because we're being led by young women themselves, we're going to see change."

Were you a fan of Dolly Magazine? Did you read Dolly Doctor? Share you experience with us in the comment section below.