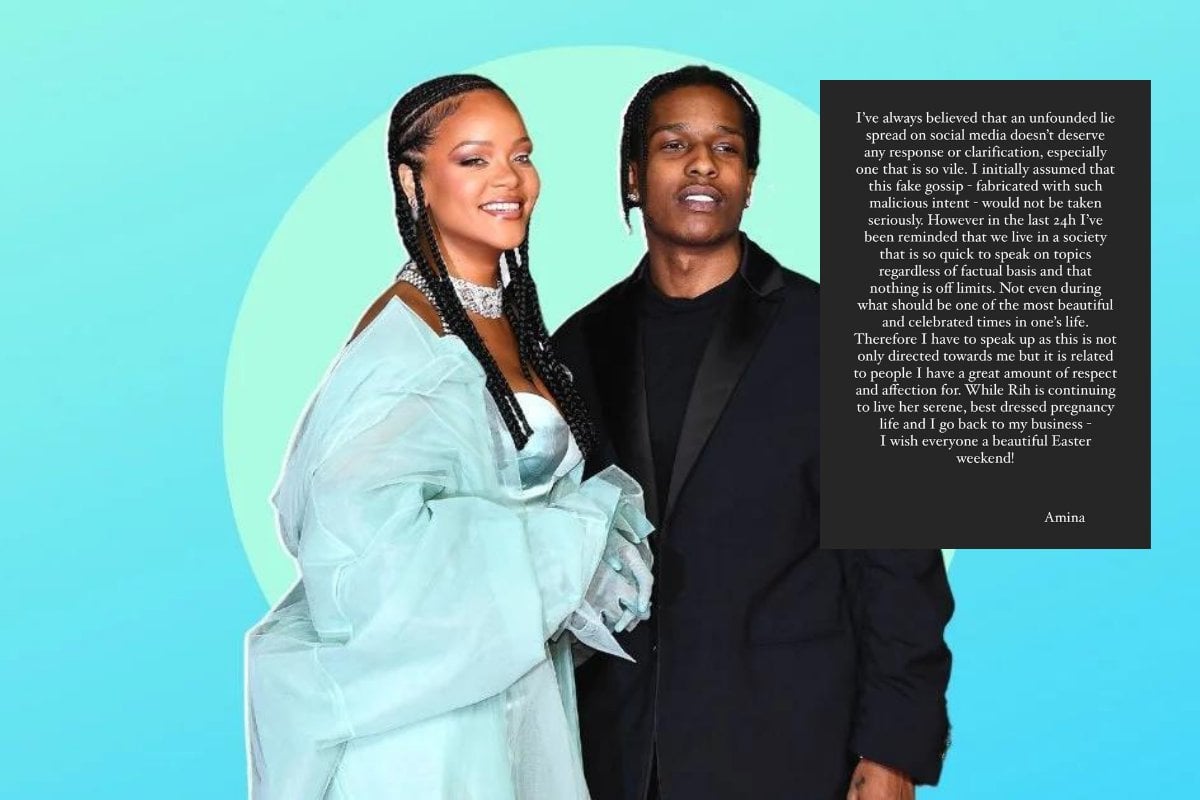 That's all it took for the entertainment world to blow up this week.

On Thursday, the internet's 'messiest fashion influencer', Louis Pisano, dropped a rumour on Twitter they knew would get people talking.

It read: "Rihanna and ASAP Rocky have split. Rihanna broke up with him after she caught him cheating with shoe designer Amina Muaddi."

In a few follow up tweets, the influencer added:

"Amina was responsible for designing Fenty’s footwear offering and Rihanna is often seen in custom shoes from her own label.

"ASAP and Amin is not new though as she was seeing him years ago and also collaborated with him on a collection of shoes.

"Things apparently hit the fan at Craigs in LA. Allegedly this happened during Paris Fashion Week."

Rihanna is currently heavily pregnant with her and ASAP Rocky's first child, meaning the idea that her boyfriend could cheat on her just days out from giving birth was the perfect storm for a viral internet rumour.

So is it true? And was there anything valid to the rumour?

Did ASAP Rocky cheat on Rihanna?

All signs are pointing to no.

Pisano dropped the rumour on Twitter on Thursday with no source cited. Soon after, sources "directly connected" to the couple shut down the claim.

This was backed up by another source who told TMZ that the claims were "100 per cent false" on both counts.

"One million per cent not true. They're fine," they said.

What has happened since Louis Pisano shared the rumour?

Neither ASAP Rocky nor Rihanna have responded to the rumours just yet, but designer Amina Muaddi shared a text tile to her Instagram Stories today where she deemed the rumour "vile".

"I've always believed that an unfounded lie spread on social media doesn't deserve any response or clarification, especially one that is so vile.

"I initially assumed that this fake gossip - fabricated with such malicious intent - would not be taken seriously," she continued, before explaining that the public took it very seriously.

"Therefore, I have to speak up as this is not only directed to me, but it is related to people who I have a great amount of respect and affection for," she continued. 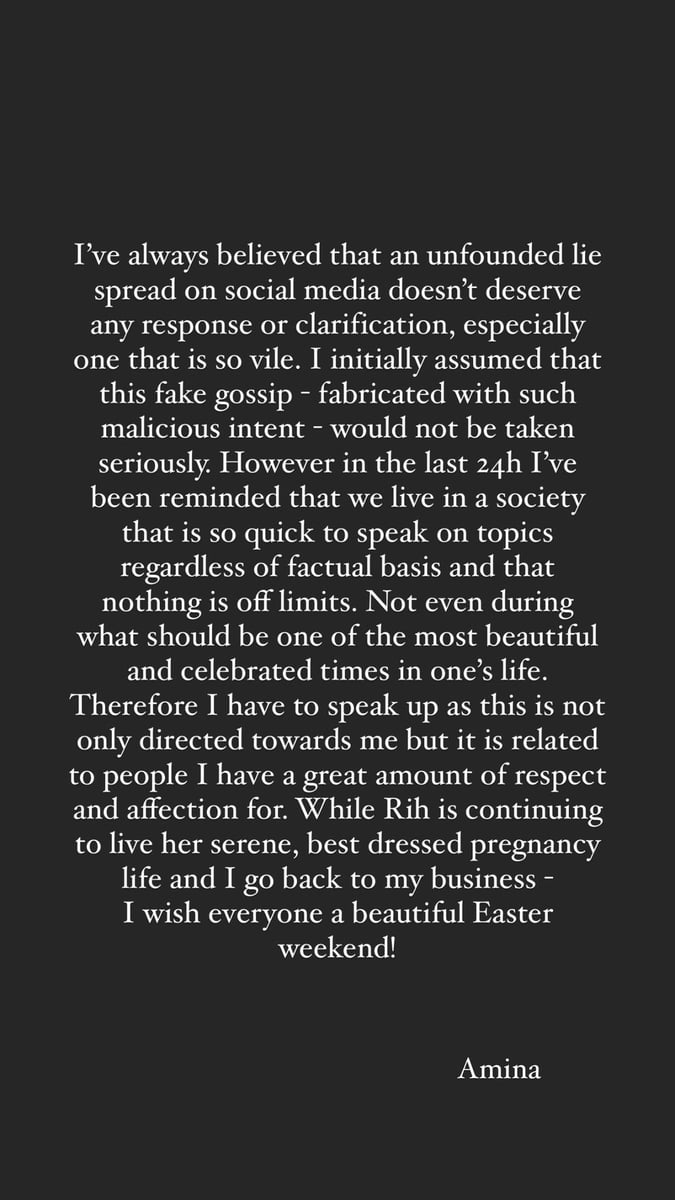 Pisano came out with a statement of their own, apologising for their actions. 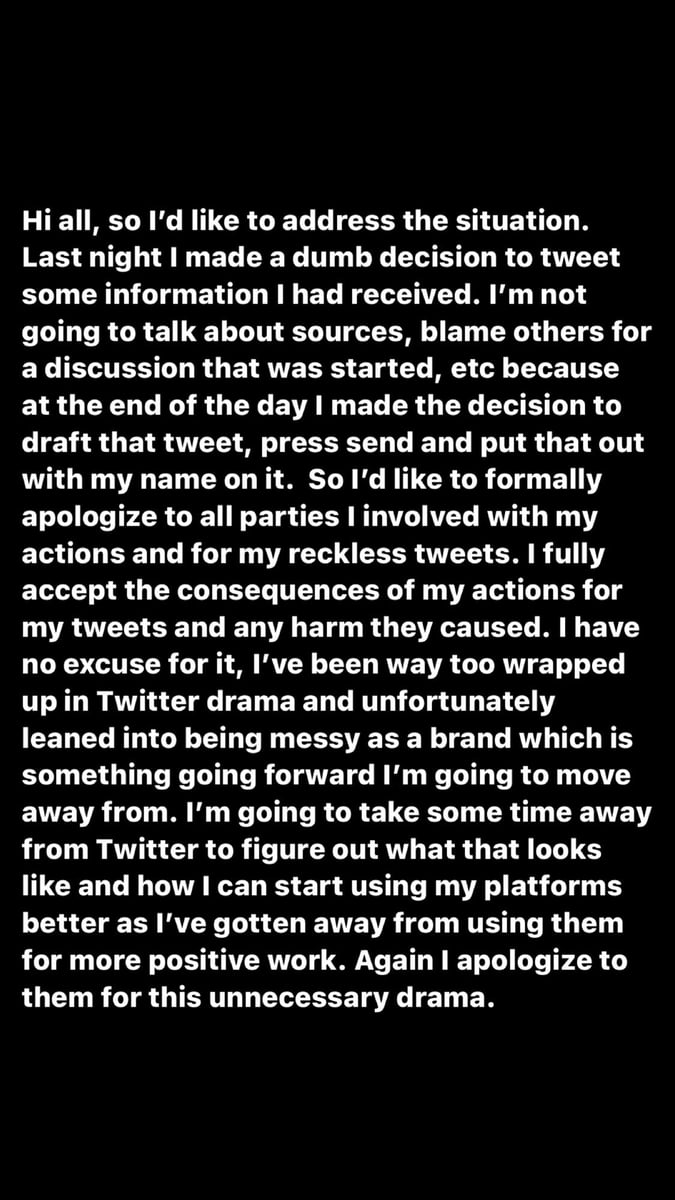 "I'm not going to talk about sources, blame others for a discussion that was started, etc, because at the end of the day I made the decision to press send [on that tweet] with my name on it.

"I've been way too wrapped up in Twitter drama and unfortunately leaned into being messy as a brand which is something going forward I'm going to move away from."