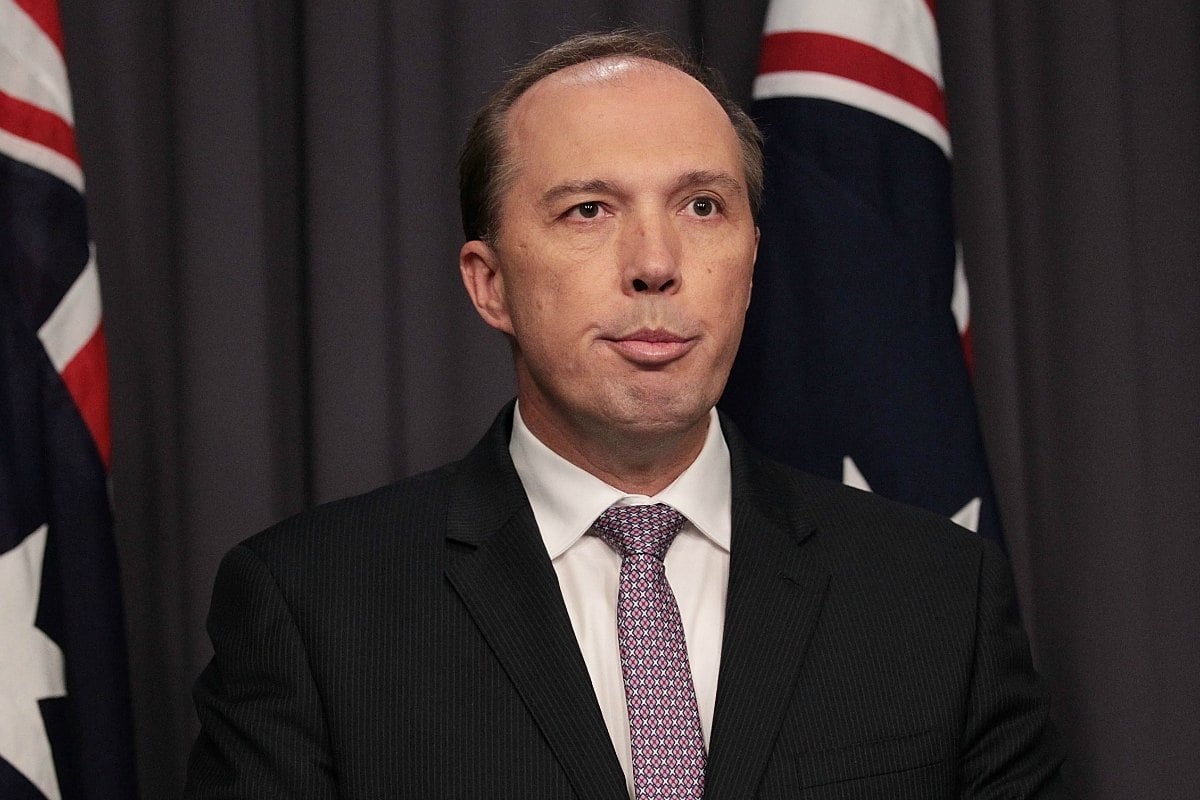 The Minister for Home Affairs, Peter Dutton has been diagnosed with coronavirus.

The Liberal party member and QLD resident confirmed the news in an official statement shared on his Twitter account.

“This morning I woke up with a temperature and sore throat,” it read.

“I immediately contacted the QLD Department of Health and was subsequently tested for COVID-19. I was advised by Queensland Health this afternoon that the test had returned positive.

“I feel fine and will provide an update in due course.”

The Sydney Royal Easter Show for 2020 has been cancelled in the wake of Scott Morrison’s advice to not go ahead with mass gatherings of 500 people or more, to curb the spread of COVID-19.

The RAS and Agriculture Minister ‘heartbroken’ an emotional decision which will be a ‘huge blow to morale’ in the bush after a tough year overcoming bushfires and drought. The @eastershow is much more than a carnival. https://t.co/4aL4vxECN4

The decision was made on Friday afternoon, following the earlier cancellation of the Australian Grand Prix. The Royal Easter Show was scheduled for the first two weeks of April, and was to be held at Sydney Olympic Park.

COVID-19 is now confirmed as being nationwide with the first case recorded in the ACT.

The man in his 30s hasn’t been overseas in the past fortnight, but had been interstate.

Close to 200 people, including over 100 in NSW, have now been confirmed as having the virus on our shores. On Thursday, visiting actors Tom Hanks and Rita Wilson made world news after they revealed they had tested positive.

A Current Affair’s Tracy Grimshaw was absent from the hosting chair last night because of her interaction with the stars.

Tracy is still recovering from a recent surgery, so as her immune system is not yet fully recovered she has decided to step back as a precaution. #9ACA https://t.co/sMFQ5KYDUK

The pair used her dressing room earlier this week and have both been confirmed with the virus, so the Channel Nine personality has gone into isolation.

Still recovering from surgery herself, the precaution was even more necessary given her immune system isn’t yet fully recovered.

Yesterday it was announced that the NBA was suspending its season, while talk shows The Ellen DeGeneres Show, The View, The Late Show with Stephen Colbert, The Tonight Show Starring Jimmy Fallon and Late Night with Seth Meyers have all cancelled studio audiences.

I have some news. For now, I’ll be shooting my show with no studio audience. To everyone who was looking forward to coming, I’m so sorry. But I’m doing this for the health of my fans, my staff & my crew. (It has nothing to do with a warrant for my arrest in the state of Florida.)

“To everyone who was looking forward to coming, I’m so sorry. But I’m doing this for the health of my fans, my staff and my crew,” DeGeneres tweeted on Thursday.

Among the concerts that’ve cancelled or suspended their tours; Mariah Carey, Madonna and Miley Cyrus (who was due in Australia for a bushfire relief concert) as well as the huge Californian music festival Coachella – which has been postponed until October.

Production of teen series Riverdale has been suspended after a member of the production came into contact with someone who recently tested positive.

“We have been made aware that a team member from ‘Riverdale,’ which is produced in Vancouver, was recently in contact with a person who has tested positive for COVID-19. The team member is currently receiving medical evaluation. Out of an abundance of caution, production is currently suspended,” said a Warner Bros. TV spokesperson in a statement.

While no one on the set is known to be sick, the show is taking a two week hiatus out of concern for the virus.

The Walt Disney Co has announced Disneyland will close from March 14.

"While there have been no reported cases of COVID-19 at Disneyland Resort, after carefully reviewing the guidelines of the Governor of California’s executive order and in the best interest of our guests and employees, we are proceeding with the closure of Disneyland Park and Disney California Adventure, beginning the morning of March 14 through the end of the month," the company said in statement Thursday afternoon.

Disney added, "The Hotels of Disneyland Resort will remain open until Monday, March 16 to give guests the ability to make necessary travel arrangements; Downtown Disney will remain open. We will monitor the ongoing situation and follow the advice and guidance of federal and state officials and health agencies. Disney will continue to pay cast members during this time."

2. "Such an awesome feeling." White Island victim reunited with his dog on his first day release.

Jake Milbank suffered burns to 80 per cent of his body when the White Island volcano erupted on December 9 in New Zealand, killing 21 people.

The 19-year-old tour guide was among those rescued, and has spent the last three months in hospital.

He has shared his first Instagram post since the tragedy, alongside his dog, on his first day release from hospital.

After more than three long months in hospital things are finally starting to look up as my medical team have cleared me for day leave! The first thing on my list was to go and see this little cutie who hasn’t seen me in a whopping 1.8 dog years ???? Such an awesome feeling to be back out in the real world breathing in some fresh air. I’d like to say a huge thank you to everyone who has helped me get to this point, I couldn’t have done it without you all ❤️

"After more than three long months in hospital things are finally starting to look up as my medical team have cleared me for day leave," he wrote.

"The first thing on my list was to go and see this little cutie who hasn’t seen me in a whopping 1.8 dog years. Such an awesome feeling to be back out in the real world breathing in some fresh air.

"I’d like to say a huge thank you to everyone who has helped me get to this point, I couldn’t have done it without you all," he concluded.

Jake has undergone 23 surgeries, and only recently has been able to have his dressings changed in his own room in the burns unit of Middlemore Hospital.

In a message on his Givealittle page which has raised more than $147,000, Jake wrote: "The last 94 days have been the most challenging days of my life but each and every one of them I have been getting stronger and stronger."

"I am now fully grafted which means my physio regime has been getting more and more intense as my skin grafts heal," he explained.

"From walking on the treadmill to pumping iron (a 1kg weight in each hand) we are seeing improvements every day. I am finally beginning to gain weight and have put on three kgs in the last three weeks."

3. Harvey Weinstein has been taken to hospital for chest pains.

Harvey Weinstein, who was yesterday sentenced to 23 years behind bars, has been being taken to hospital with chest pains, one of his spokespeople says.

Weinstein is at Bellevue Hospital in New York City after suffering a "mild heart attack" after his sentencing.

"He was having chest pains so the staff at Rikers Island jail decided for safety to send him back to Bellevue [hospital]," his spokesperson explained.

"We appreciate the care and concern of the Department of Corrections officers and staff," they added.

Earlier the same day as his hospitalisation, Weinstein was sentenced to 23 years in prison after being found guilty of sexually assaulting former production assistant Mimi Haleyi and raping former aspiring actress Jessica Mann.

After his guilty verdict in late February the former movie producer was also rushed to hospital.

Doctors performed a heart procedure, inserting a stent to alleviate a blockage before sending him back to prison.

If our PM has been in contact with Peter Dutton this week shouldn't he self isolate for 14 days and not be going to his footy match tomorrow?

Are regular people getting their results the same day? I thought it was a few days of backlog at the moment?