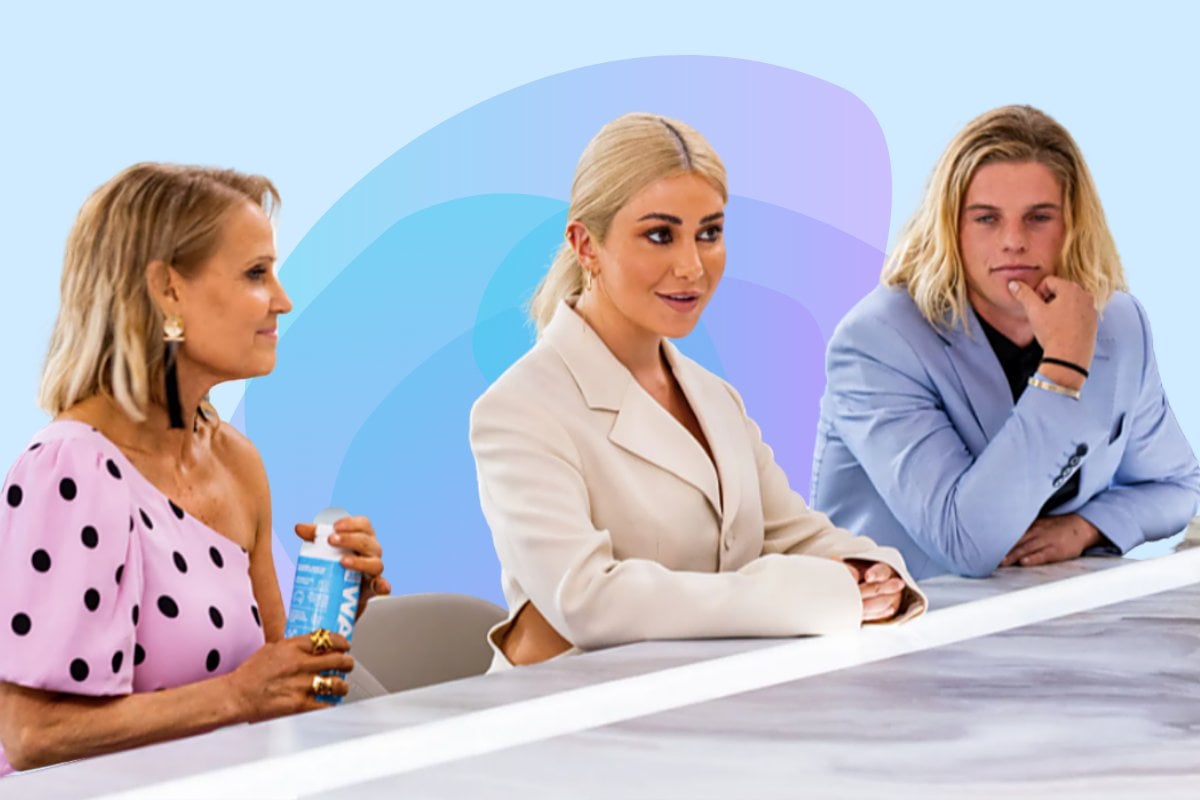 After five years off Australian TV, The Celebrity Apprentice Australia returned to our screens last month.

Starring 14 Aussie celebrities, this season follows two teams as they compete in various business-related challenges while trying to avoid being fired by the CEO, Lord Alan Sugar. So far, nine celebrities have gone home.

Three weeks into the show and of course, there's plenty of gossip. Here's all the gossip from Celebrity Apprentice in one spot.

Watch: The Veronicas on The Celebrity Apprentice Australia. Post continues below.

Despite the charitable cause, according to New Idea, it was common for celebrities to threaten quitting Celebrity Apprentice.

“It was common for the contestants to be constantly prompted by producers that they should focus on their charities,” the source said.

“At times, the contestants would question if the show was even worth it!”

Producers wanted the contestants on edge.

It turns out the producers over at Celebrity Apprentice aren't so different to their Channel Nine, Married At First Sight counterparts.

According to New Idea, producers would keep celebrities exhausted and hungry by filming for long hours to get the best content out of them.

“The celebrities were always up early and shooting all day – the hours are very long,” a source said.

“The general consensus from the cast was that they were the most interesting to producers when they were on edge!”

The Veronicas aren't happy with their edit.

The Veronicas' Jess and Lisa Origliasso, who have been eliminated, have some things to say about their edit on Celebrity Apprentice.

"Celeb Apprentice, why are you not airing any of our wins and strategy for each task, only using the scripted drama you GAVE us as the only airtime/promo? Where’s all the footage where we pull through for our team and for our charity? Why is all of that being edited out?"

.@CelebApprentice , why are you not airing any of our wins & strategy for each task, only using the scripted drama you GAVE us as the only airtime /promo? Where’s all the footage where we pull through for our team /and for our charity? Why is all of that being edited out?

It's not the first time The Veronicas have slammed the show.

"We can’t believe we actually need to preface this: But reality TV is highly edited out of 'context' to amplify drama. And narrative that suits the agenda. Please use common sense and understand this is obviously not a transparent show – it’s game show entertainment."

"The only 'business' in this show is the business of entertainment and drama... don’t get confused about what this is. And we will continue to bring you the laughs and relatability."

Wippa knew the producers would show 'The Veronicas cracking the poos'.

Radio host Michael 'Wippa' Wipfli has also weighed in on the show's editing process, saying it's hard to know what the producers will end up showing on TV.

"With so much time spent filming and cameras around, you never know what’s going to make the edit," he told Who Magazine.

"So it’s interesting to watch to see how they do it because it’s a clever format."

However, there was one moment he knew would definitely make the cut. And that was when The Veronicas confronted the other team about an electrician who was helping them during a challenge.

"I knew they’d put The Veronicas in there cracking the poos about the electrician, and that was a hard juggle when it happened," he told the publication.

The 41-year-old went on to say that it's understandable for things to get heated on set when money for their charities are on the line.

"These moments are heated and they’re passionate – we’re representing charities so it makes sense that things are going to come with emotion."

Surprisingly, he also shared that he had a close bond with MAFS star Martha Kalifatidis on the show. An unlikely pairing if you ask us.

"We kind of bonded in terms of being on the same line of thought for a lot of things," he said.

"We sort of understood each other, in knowing what the other one was thinking and if something wasn’t right, we could go to each other and go, 'Hey, I think I can smell a stinker here.'"

Wippa also called out his edit on the show.

Wippa also called out producers for his own edit.

Speaking to his Fitzy & Wippa co-host, Ryan 'Fitzy' Fitzgerald, Wippa shared how producers literally took words out of his mouth on an episode last week.

During the episode, we saw Wippa unable to take part in a challenge with teammates Ross Noble and Josh Gibson due to a stomach bug. While he says he's "pretty sure" he has gastro during the episode, Wippa told Fitzy that wasn't the case.

"Last night there was an edit that was done on me where it made me sound like I said I had gastro," he said. "I never ever said I had gastro, in fact, I said, 'They said it could be gastro, I don’t have gastro.'"

Playing the audio clip from the moment, Wippa said the producers took "the part where I said 'I don’t have gastro' and added the word 'gastro' to another sentence."

It seems several of the celebrities had an issue with Channel Nine's editing.

On Sunday, personal trainer and businesswoman Michelle Bridges told Yahoo Lifestyle that she too was "taken aback" when watching the episodes.

Bridges said there was one moment in particular she wished went to air - when she was able to hand over $20,000 to her charity, Women's Community Shelters.

The personal trainer also told the publication that the schedule was "enormous".

The celebrity tipped to win.

As more and more contestants get fired by CEO Lord Alan Sugar, there's a handful tipped to win the competition. But the star in the lead might surprise you.

According to Sportsbet, The Block judge and interior designer Shaynna Blaze will win the show, with odds at 1.65.

Followed by comedian Ross Noble in second place at 5.50 and MAFS' Martha Kalifatidis in third at 8.00.

How much the celebs are getting paid.

Whenever celebrities star on a reality show, rumours swirl about how much they're getting paid to be on them.

Three weeks into Celebrity Apprentice and we already have an idea about how much these 14 stars are getting. 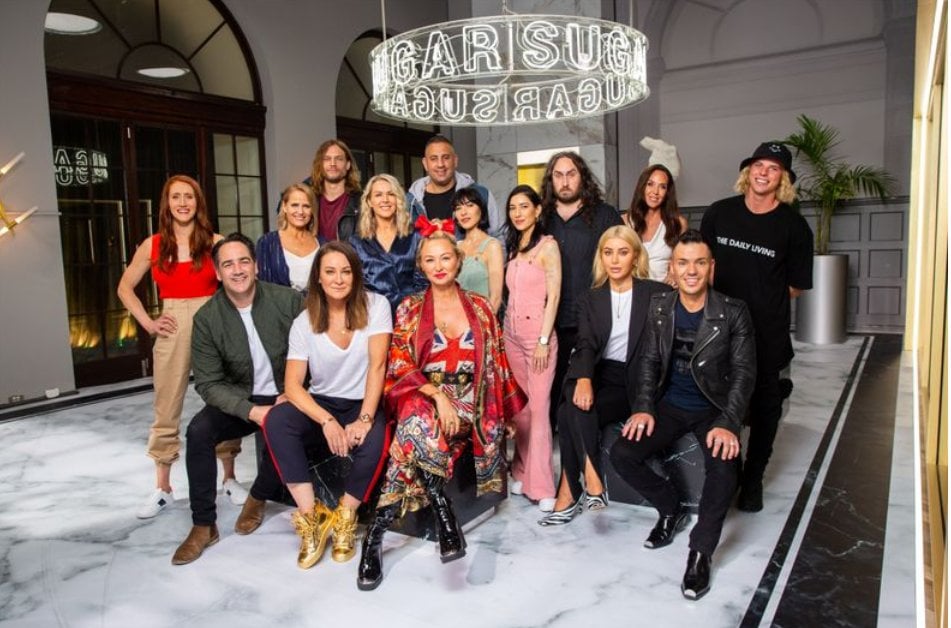 According to New Idea, not every celebrity was paid the same amount.

"Tension grew on set when it was rumoured that [clothing designer] Camilla Franks was paid the least," an inside source told the publication.

"If anything, pay should never be discussed among any cast and is always a dangerous game to play."

"Forget the million-dollar salary Warnie banked for I’m a Celebrity... Get Me Out of Here!. This show doesn’t go anywhere near those sorts of dollars. The production company Warner Bros. gets away with lower pay cheques because it’s charity focused."

While the source didn't share Martha Kalifatidis' paycheck, the ex-MAFS star has hinted at how much she makes outside of the show.

During an episode last week, Martha - who now works as a beauty influencer with over 600,000 followers - said she "probably makes more than your yearly wage in a month".

"Nobody listens to me because they think I’m just a beauty influencer. They don’t understand," Martha said.

"I’m a beauty influencer who probably makes your yearly wage in a month. So, you should probably take some notes because this is not a fluke."

Like a $100 gift voucher for your thoughts? For your chance, take our quick survey  .