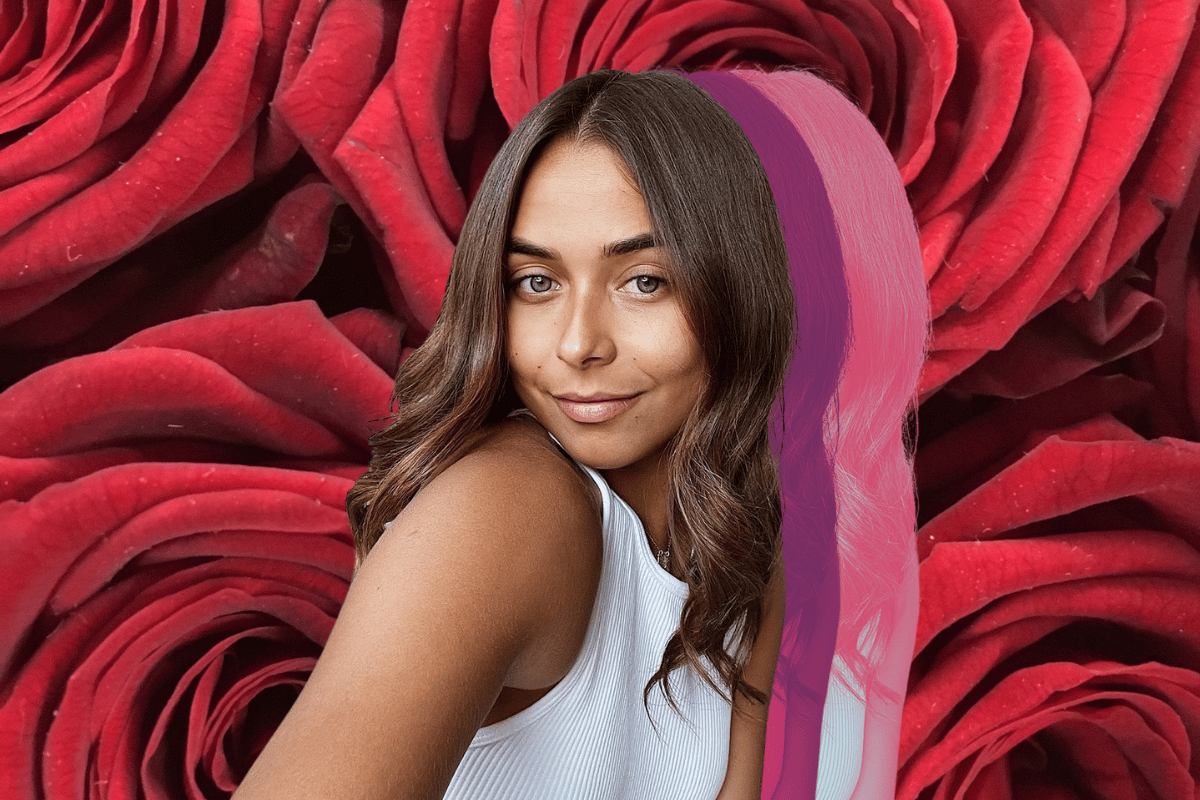 1. What made Brooke Blurton cry during her first Bachelorette interview.

Brooke Blurton will be the one handing out roses on the next season of The Bachelorette. And we couldn't be happier.

The proud Noongar-Yamatji woman from Western Australia is the first Indigenous and openly bi-sexual Bachelorette.

And the significance of that is certainly not lost on her.

During an interview with Mamamia's entertainment podcast, The Spill, Brooke broke down when asked about if she's taking in just how special and groundbreaking it all is.

"I think you guys just hit me right in my heart feelings," she told co-hosts Kee Reece and Laura Brodnik.

"I've done a lot of firsts, like being the first contestant, that was really a proud moment. But I think I've just always been a person that wants to breakdown barriers. I don't want to hold back."

But while she recognises there's a lot of responsibility and pressure weighing on her shoulders, she says she feels "ready for it and really excited for it".

"This is such a huge shift and movement for the future of generations of young people that can really feel proud to be whatever they want to be."

Elsewhere in the interview, Brooke said the show will look very different this season with both male and female contestants possibly living in two separate mansions.

"Being male and female, I think they'll live independently, logistically that will be a better process than living [altogether] in the house."

We're excited to see Brooke back on our screens for the next season.

2. “I was the generation that was supposed to know better, and it happened anyway.” Billy Porter on being HIV positive.

Actor Billy Porter has opened up for the very first time about being diagnosed as HIV-positive.

In an interview with The Hollywood Reporter, the 51-year-old shared he was diagnosed back in 2007 and has "lived with that shame in silence for 14 years".

"It was 2007, the worst year of my life," he told the publication, before explaining that he was diagnosed with HIV when he went to the doctor to get a pimple checked.

"By February, I had been diagnosed with Type 2 diabetes. By March, I signed bankruptcy papers. And by June, I was diagnosed HIV-positive."

"The shame of that time compounded with the shame that had already [accumulated] in my life silenced me, and I have lived with that shame in silence for 14 years. HIV-positive, where I come from, growing up in the Pentecostal church with a very religious family, is God’s punishment."

At the time, Porter only told people who "needed to know", except for his mother.

"I was trying to have a life and a career, and I wasn’t certain I could if the wrong people knew. It would just be another way for people to discriminate against me in an already discriminatory profession."

However lockdown gave Porter the chance to reflect and deal with the trauma in his life.

"I was the generation that was supposed to know better, and it happened anyway," he said.

"I’m living so that I can tell the story. There’s a whole generation that was here, and I stand on their shoulders. I can be who I am in this space, at this time, because of the legacy that they left for me."

3. The crafty bump-hiding trick that Princess Beatrice nabbed from Kate Middleton prior to announcing her pregnancy.

So it turns out there's a sure-fire way to keep the press from noticing your baby bump and it's...*checks notes* changing up your hairstyle?

In case you missed it, Princess Beatrice has announced she and husband, Edoardo Mapelli Mozzi are expecting their first child.

And according to Hello! the pregnant royal took note of Princess Catherine's technique in keeping her bump concealed by drawing attention to her hair instead.

At Prince Phillip's funeral last month, Beatrice wore a thick, form-fitting black coat paired with a high ponytail flowing down her back, which commentators say, distracted from any signs of a bump. 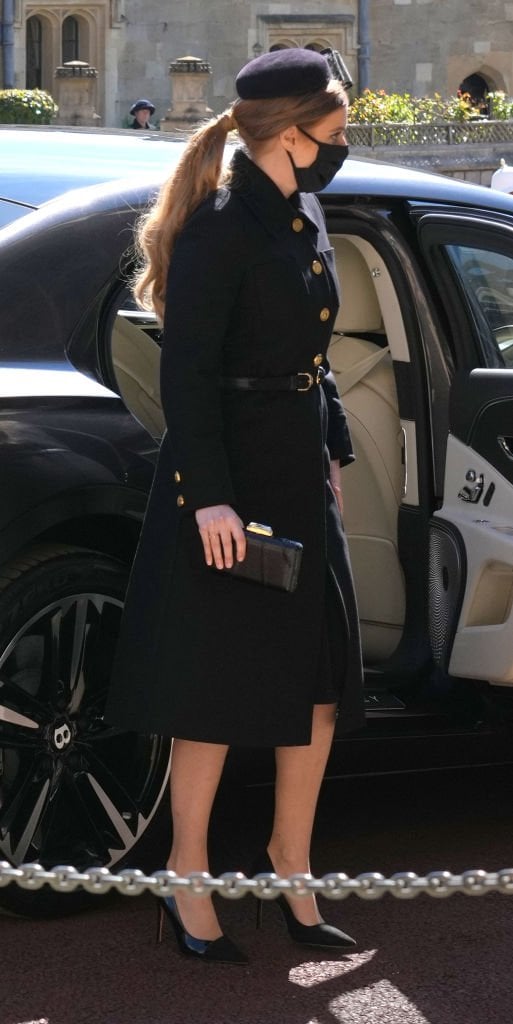 It was the same technique used by Kate Middleton in the lead up to each of her pregnancies who has in the past has had a dramatic chop, or colour change.

4. Jessica Alba says she burst into tears when her kid walked in on her having sex.

Jessica Alba and her husband, Cash Warren, just shared a very candid parenting fail on her YouTube show; Getting Honest, and we feel for you Jess, really.

The couple opened up about the moment their 9-year-old daughter walked into their bedroom in a compromising position, Warren explaining: "It was the worst."

Alba remembers it a little differently though, sharing that she "started crying".

"I called Koa [Warren's sister]. She's so good at helping us through challenges, I feel like she just has such a kind, gentle soul."

"I think by the time we called Koa, Haven had already texted her. She went right in and told everyone.

"I went downstairs and said, 'Haven, I bet that's the last time you walk into our room without knocking'," Warren said with a laugh.

"Now she knocks, it was like she learned her lesson."

5. "I am so ready for this." Everything we know about Australia's new Bachelorette, Brooke Blurton.

2021 is officially looking up.

In exciting news, The Bachelor and Bachelor In Paradise contestant Brooke Blurton has been named as Australia's next Bachelorette.

The proud Noongar-Yamatji woman from Western Australia is the first Indigenous lead in the reality TV series.

I am so ready for this," Brooke said in a press release.

"I’ve done it twice before and now, having the opportunity to choose my person and who I want in my life, is a truly unique and special experience."

"My perfect person is someone that loves me for me. I hope they offer shared values and compassion for others. All the dreamy things! I’m so excited and hope that I finally find that person I’ve been waiting for," she continued. 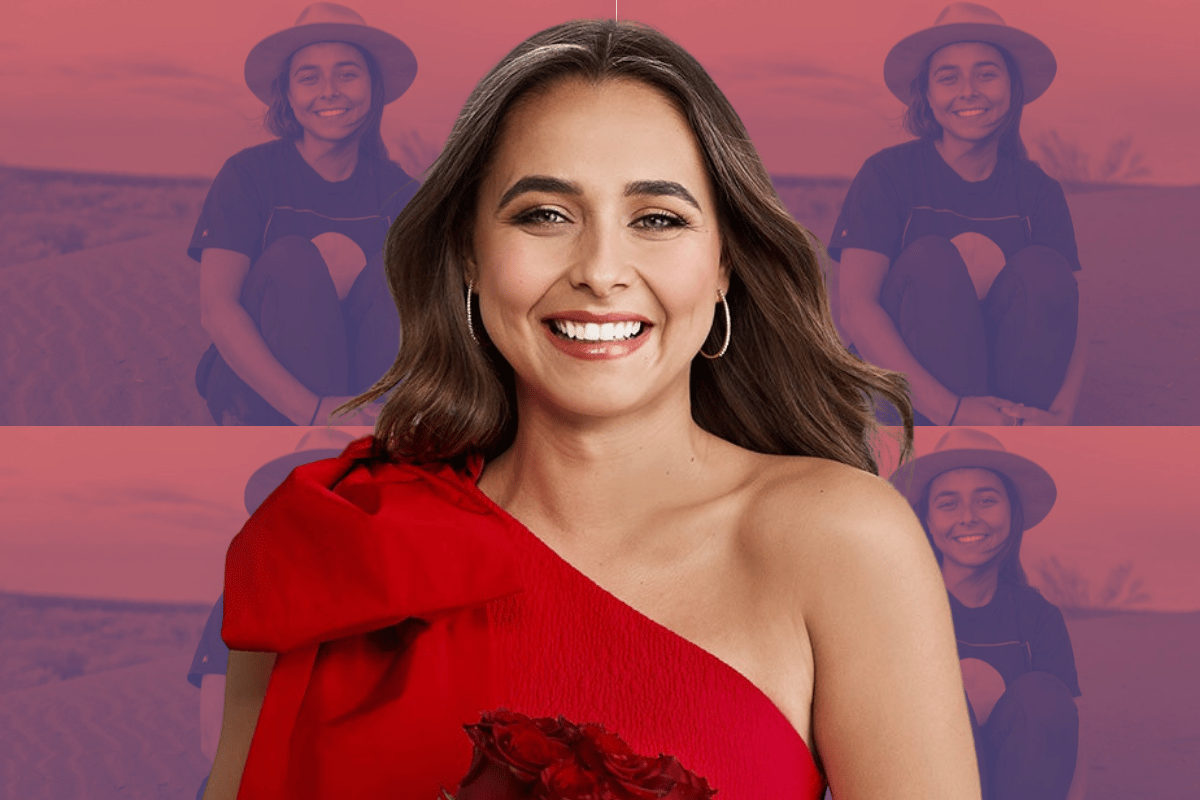 "I can’t wait to get started on helping our Bachelorette Brooke find that kind of love."

There have been calls for Brooke Blurton to be named Australia's Bachelorette for a few years now.

For more on Brooke Blurton, read our earlier article here.