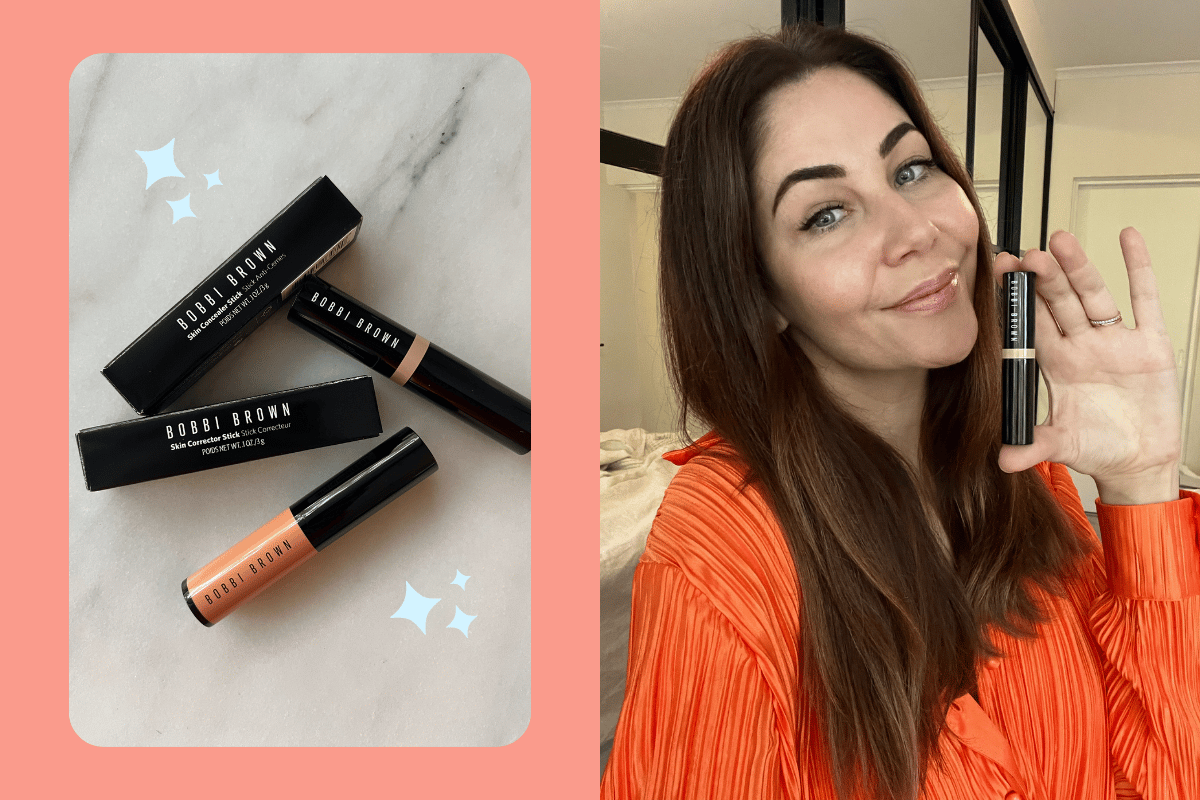 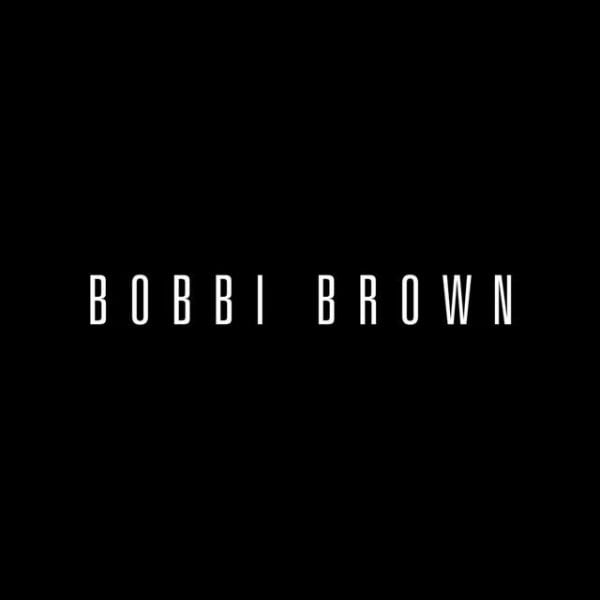 Thanks to our brand partner, Bobbi Brown

A few months ago I was having my makeup done professionally on a photoshoot. That sounds super glamorous (and it is!) but it happens once in a blue moon for me these days.

I was chatting and doing some emails on my phone, so not taking much notice of what the makeup artist was using. When she was done I glanced in the mirror and I am pretty sure I actually gasped.

My under eye area looked like I'd been on a three-week holiday. I look rested! Refreshed! And my spots of pigmentation were totally hidden, too.

“What concealer did you use?!” I demanded of her instantly. She smiled and showed me her Bobbi Brown palette and we both nodded in knowing agreeance.

You see, Bobbi Brown is known for her natural looking, your-face-just-fresher makeup.

The brand, which launched in 1991, is all about empowering women to embrace and enhance their individual beauty. Most of the products are formulated to flatter the complexion and her concealers are legendary for a reason. 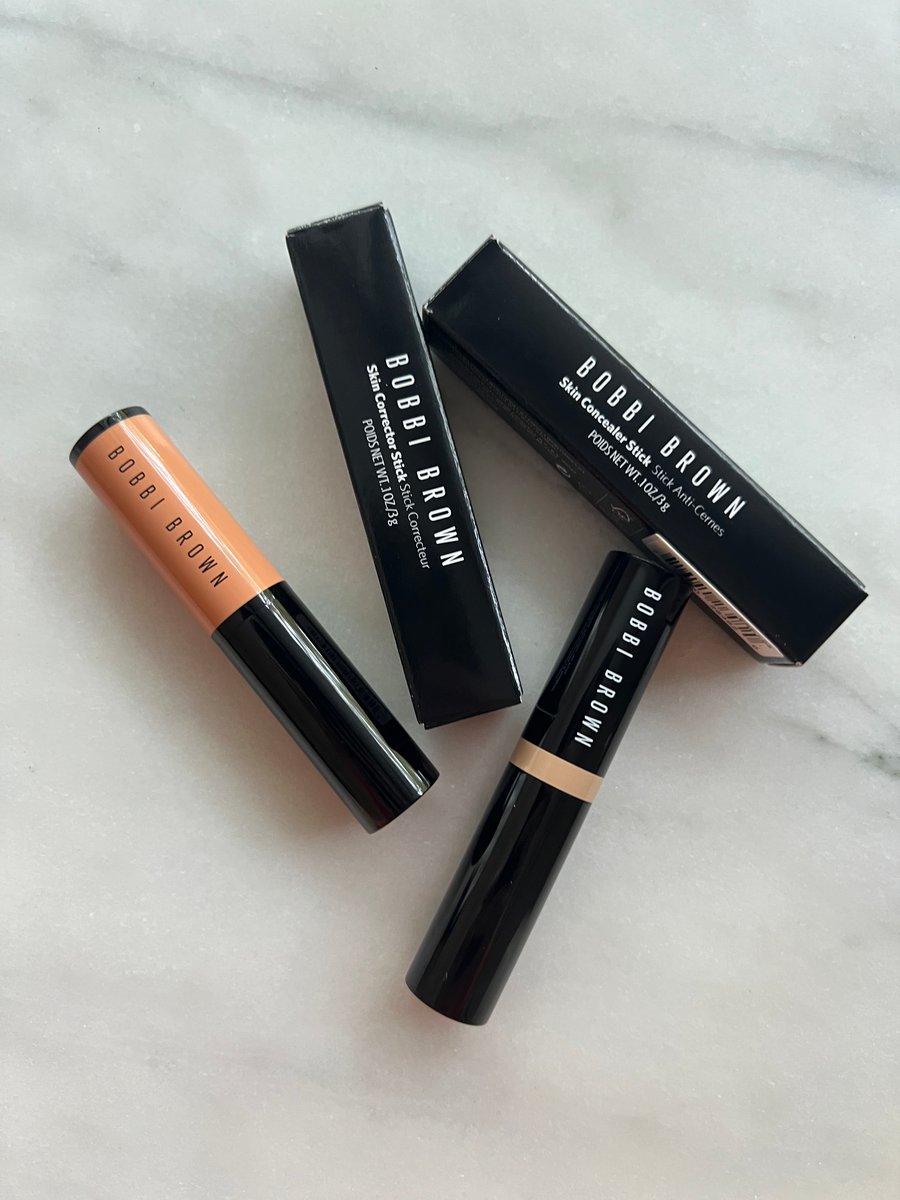 First up, I know die-hard fans (and there’s a lot of them!) of the concealer pots are going to ask if the formula has been changed. The good news is it still has the same skin-correcting benefits as the original Corrector Pot, however the new Corrector Stick is infused with coffee seed extract to further brighten the under-eye area. Winning!

Now that I've got that reassurance out of the way, let’s go back to the Corrector Sticks, because you’d use them first under the concealer.

Colour correcting is a clever little trick used by pros and makeup enthusiasts to ‘neutralise’ a colour that you’d like to make less apparent. It might be redness around the nose or from scarring, pigmentation or sallowness, or for me, dark/purple circles under my eyes. It’s essentially about using an opposite colour on the colour wheel, and works a treat.

The new Skin Corrector Sticks feel like they were basically formulated for my face because they are brilliant at neutralising dark circles and pigmentation. To find which one is best for you, first you need to select from two undertones – ‘Bisque’ for blue/purple discolouration, and ‘Peach’ for brown/green discolouration.

To know which undertone is best for you, take a look at your face without makeup and discern which areas you’d like to look more uniform. For me it’s definitely the purple under my eyes, so I went for a bisque-based corrector. More worried about pigmentation patches? Go for peach!

Then, there’s 12 shades in various depths to cater to your skin tone. 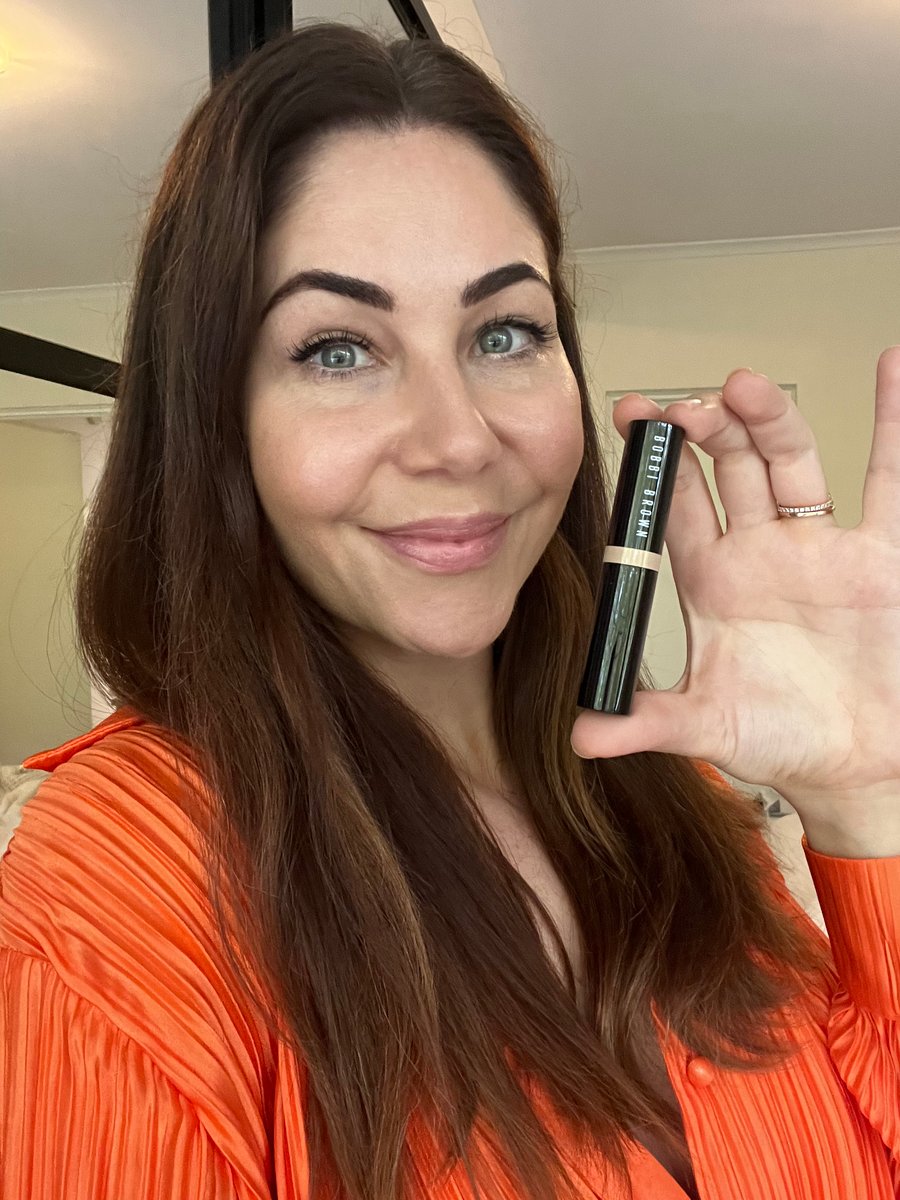 The formula itself is creamy, a dream to blend and really hydrating, so it’s not going to crease or settle into crevices or lines. They can be used on their own for sure, but are awesome when paired with the concealer on top.

Which brings me to the Concealer Sticks. Available in 18 shades (select the colour closest to your skin tone and foundation shade), the concealer offers a medium to full, buildable coverage that is honestly so hydrating, my under eye looks moisturised as if I had used a skincare product. It doesn't settle into lines at all and just makes the whole area look luminous.

The sticks are fantastic for other areas on the face, too – so they are a great all rounder and staple in your makeup bag. I personally swipe on and then pat with my finger to blend, but you can also use a concealer brush or a small blending sponge. There's an option to top with translucent powder if you please, but I like a dewy look, so I leave it as is.

The pots were great but the stick formula is undoubtedly much easier and faster to apply, plus better to stash in your bag for touch-ups if needed. Who knew a fantastic cult product could be improved?! Bobbi did.

Introducing NEW Skin Corrector and Concealer Sticks: our effortless complexion pair for seamless layering and buildable, transformative coverage. These easy-to-use sticks instantly neutralize discoloration and brighten skin for 12 hours of color-true, crease-proof, on-the-glide coverage. With skin-true shades developed with makeup artists and an effortless stick format for easy application, our quick sticks brighten under eyes and wake up tired skin in an instant. Perfect on their own or to prep skin for flawless foundation.