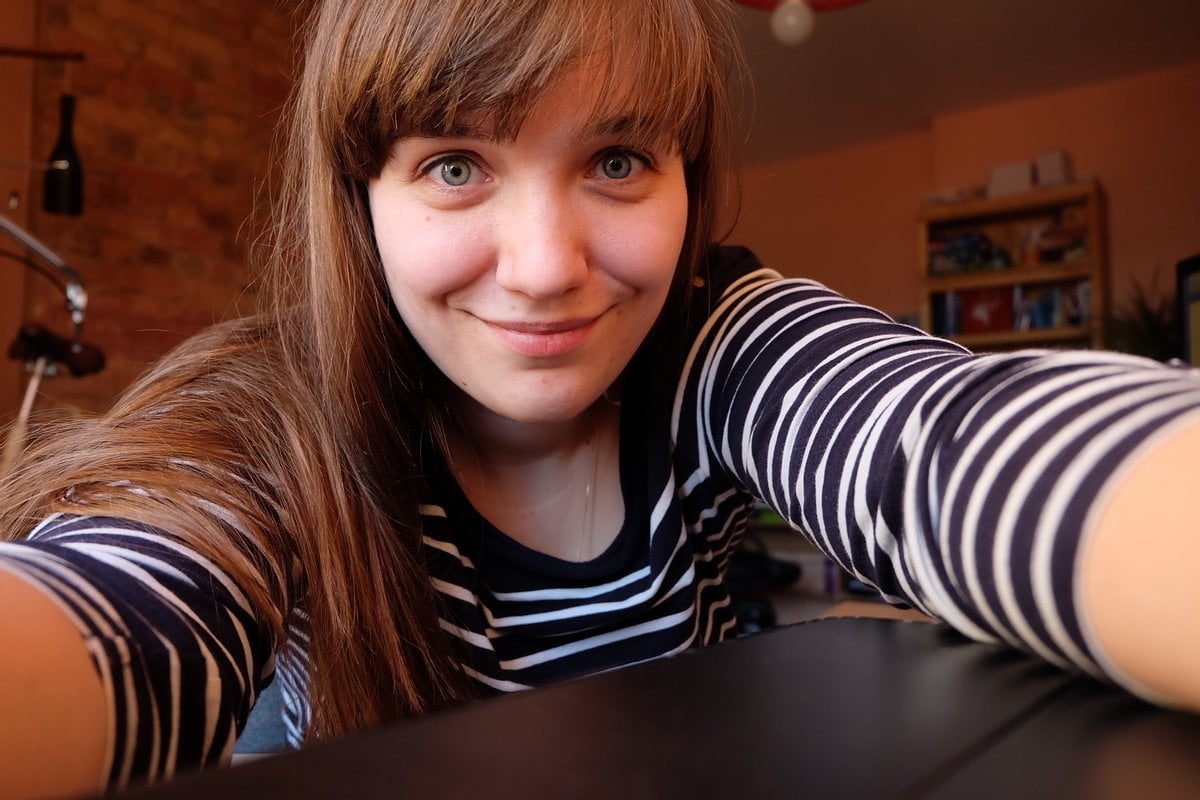 I’d been dating James for about six months when I noticed he got along really well with my best friend, Molly. The three of us hung out on weeknights, dreading the early morning commute to the high school we all begrudgingly attended.

When summer finally came, our neighbourhood became an oasis of happily buzzed kids who wandered the tree-lined paths and quiet parks, the murmur of cars only a faint hum in the distance.

It was an environment ripe for love. And secrets.

It was in the little things. The way Molly laughed with her whole face when James said something that was only a little funny. The way she’d look at him just a beat too long during lazy Tuesday sunsets. They moved around each other like they had a secret between them.

It got to the point where I decided to ask them, jokingly, with just a hint of seriousness, if they had feelings for one another and preferred to date instead.

I would’ve been devastated, because James and I had developed a unique bond, but ending it then would’ve been much better than the immense pain of being betrayed by both of them later.

“If you want to see each other, it would save us all a lot of time,” I’d said when we were all hanging out on a late afternoon. They looked at each other, then back at me, and laughed.

“We don’t like each other like that,” Molly had said, a lie undetectable in her smiling eyes. I knew better, though.

It was confusing; I couldn’t understand why she would lie when I was giving her a direct opportunity to admit her feelings. It must’ve meant it was true. James simply echoed what Molly had said, and the three of us continued our day.

About six months later, James and I broke up. It was dramatic, and messy, but it needed to end. The wound was open, sore, and showed no signs of healing. It’s part of the reason I reacted so poorly when I found out, shortly after, that Molly had slept with James immediately following our breakup.

Why she did it, and why I regret the way I responded

I believed, firmly, that Molly had slept with James behind my back because she was a bad person.

Who could do that to a friend?

When I found out, I exploded. I called her names and tried to make her feel horrible about herself. I wanted her to feel as much pain as I did.

As I grew older, though, I realised that I hadn’t needed to try to make her feel that way. She already had.

In life, it can be common to develop a “me vs. the world” outlook when things go wrong for us. Sometimes, it can feel like you get hurt by people because they’re specifically out to get you.

While this might be true occasionally, I’ve almost always found that it actually has very little or nothing to do with you.

Many of the times in my own life when I felt hurt by someone, it’s because they were battling their own insurmountable difficulties  -  I was just wholly unaware of what those difficulties were. Or that they even existed.

At the time, I didn’t know that Molly suffered from crippling insecurity, anxiety, and depression. We were really good friends, and occasionally discussed such things, but I never knew the full extent of it. I just assumed she was selfish and didn’t care about hurting me.

The truth was much more complicated.

For a long time, I just couldn’t see past what she had done to me. I couldn’t understand why she hadn’t just seen James openly, like I had offered. Or why she seemingly felt no remorse for what she’d done afterward.

The frustrating, heartbreaking, unsatisfying truth, is that sometimes there just isn’t one specific reason why people make the decisions they do. Sometimes, people’s anxiety, insecurities, and emotional health can veer out in a million different directions, in seemingly random, destructive pathways.

Molly didn’t sleep with James because she wanted to hurt me. She didn’t do it to make me jealous or because she hated me.

She did it because she wanted to feel wanted. James presented a way for her to feel good about herself when she was feeling anything but.

Molly was so desperate to feel something other than what she was, that she was willing to hurt her best friend. It was a poor, intensely destructive lapse in judgement — but that doesn’t make her a bad person. It makes her a complicated, flawed, struggling person. Like so many of us are.

She didn’t admit to her feelings for him when I prompted her because she was ashamed of them. She was ashamed for feeling what she did, and it would’ve been too scary to admit them at the time.

I’m not arguing that what Molly did was right. It was wrong to go behind my back and sleep with my boyfriend, who I cared about and had a complicated relationship with. I can live with the fact that I was really upset over it. What I don’t want to live with, and what I can’t repeat, is having a toxic outburst on someone who hurts me.

I can’t resort to name-calling, or screaming, or putting down  -  because frankly, I can never truly know if someone has to listen to that on a daily basis from the people who are supposed to love them most in this world.

Getting older has allowed me to feel anger, but respond with empathy. To understand that every situation has two sides. Every villain is a hero in someone else’s story.

Even though our friendship never healed, my heart did.

I hope hers did, too.

Charlotte Ivan is a poet, fiction writer, and essayist based in the US. Her work is characterised by tactile, inventive language and a strong emphasis on imagery. You can usually find her slinking around a movie theatre or writing a strange poem in her pyjamas. Find more from her at her  website here, her Instagram or on Medium.