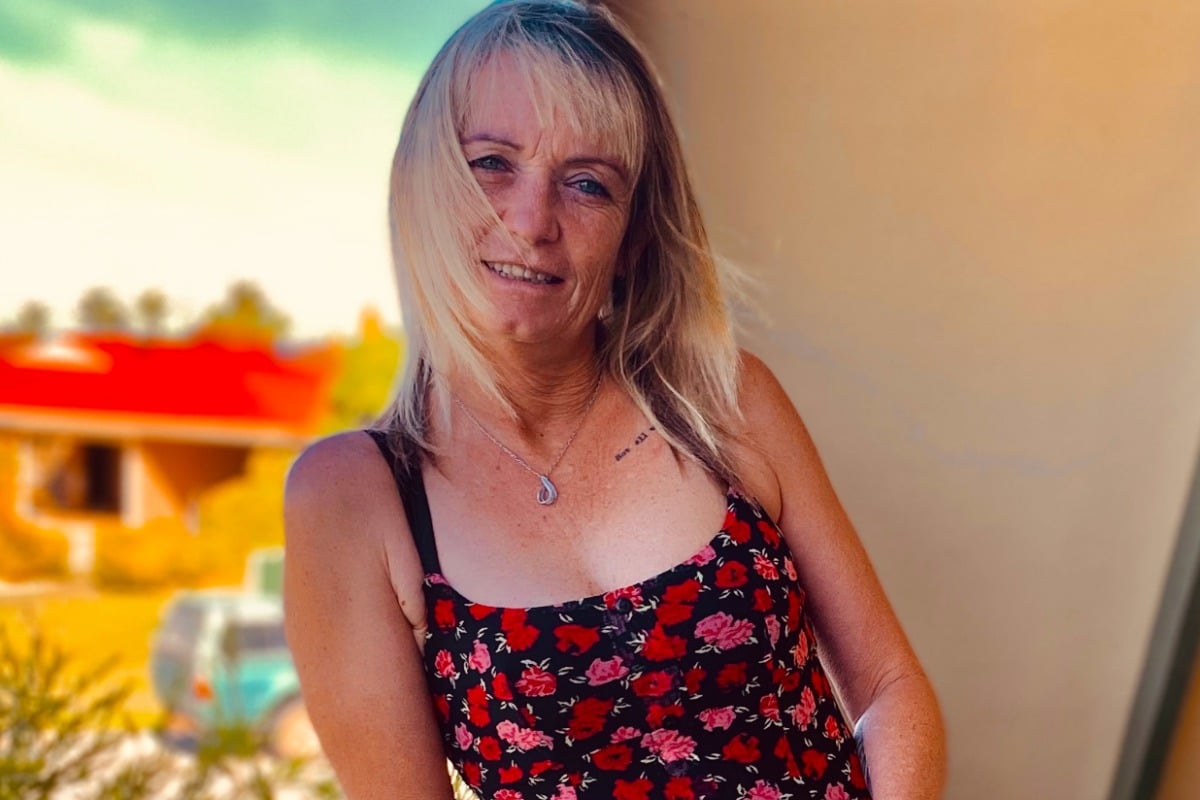 On May 30, 2003, at a motocross event in Karratha WA, Annette Murcott was humiliatingly arrested in front of a crowd of people for the alleged murder of her abusive boyfriend of five years.

But being put in handcuffs for a crime she didn't commit is not the most significant thing she remembers from that day.

It's her then eight-year-old son's devastated face that's forever etched in her memories.

"They wouldn't let me say goodbye to him. It felt like the ground had opened up and I was falling down a great big hole," she told Mamamia, while talking about her newly released memoir I'm Not Afraid of You.

Annette's story is harrowing, and that book title is not just a reflection of her horrific treatment by police. It's also a big fat middle finger to cancer, a diagnosis she received 16 months after arriving in prison.

Annette met Bevan when she was 26.

He was good-looking, funny, 11 years her senior, and most importantly he got along with her young son. But it didn't take long for him to start using his fists, and pretty soon Annette found herself living a nightmare - with the domestic violence only escalating as time went on.

He'd drag her by her hair out of pubs, strangle her, choke her, and cut the phone lines so she couldn't escape while he'd try and suffocate her with a pillow. Sometimes he'd try and drown her, or punch her in the face in public or bite literal chunks out of her skin. He didn't care who saw him, because every time Annette did involve the police, nothing happened.

One time when the police were at their house, he broke an officer's fingers as they tried to put him in the back of a paddy wagon.

"I'm terrified of him. Wherever I go, he comes," she'd told them.

But despite 15 DVOs and reams of paperwork documenting the abuse Bevan subjected Annette to over the years, all of that documentation was mysteriously 'lost' by the time Annette was the one in handcuffs. 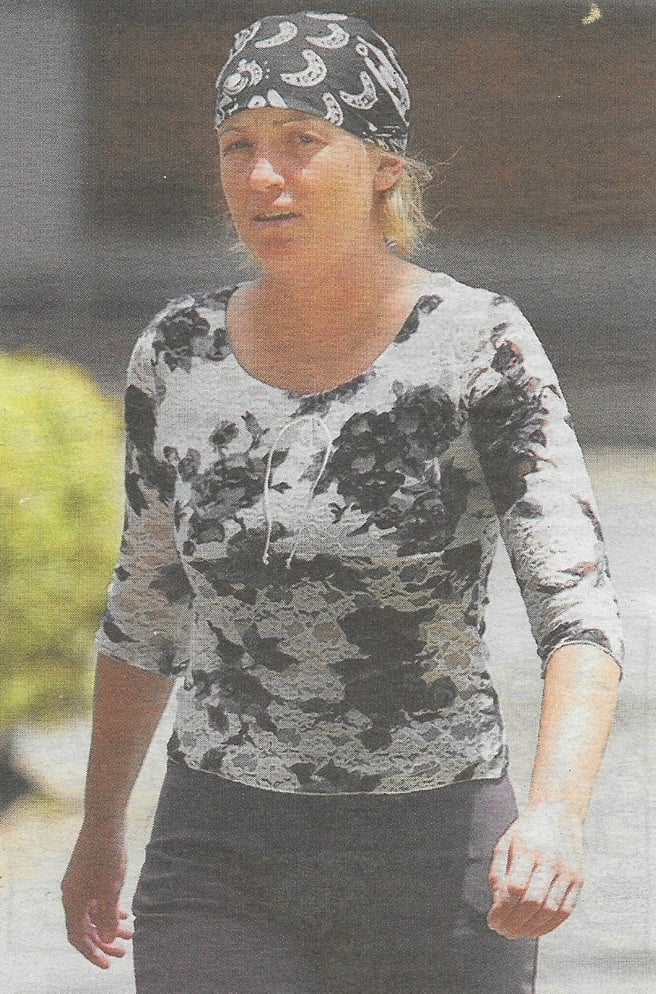 Annette, photographed by the West Australian in 2004. Image: Rod Taylor.

"The justice system in Australia is disgusting. I think there was a lot of corruption in the police force, a lot of bullying, a lot of lies.... I always say it's like 1902," she told Mamamia. "And it's like women don't have a voice. I think in a lot of ways, it's a man's world. You can scream all you like, they won't come."

On the night Bevan died, Annette's friend BJ had offered to escort her home. She knew what kind of abuse was waiting for her there after an argument earlier that day.

Inside they found Bevan drunkenly asleep in her son's room, but pretty soon he was awake, enraged, and throwing punches. Annette fled outside to her young son sleeping in the car, and BJ stayed. When she returned to the house once the noises subsided, her boyfriend lay on the ground in a pool of blood.

Annette was charged with wilful murder for the events of that evening, despite there being no DNA evidence at all that connected her to the scene, the killing or the removal of the body. BJ was initially given the lesser charge of grievous bodily harm before being upgraded to match Annette's charges. That's despite the fact he had confessed to the murder, and walked police through everything that happened. Just another blow that felt like she, as the victim of years of domestic violence, was the one being punished.

For the next two years, Annette felt like she was drowning.

"I was treated like rubbish because of the charge I was in on. I was the worst human being [in their eyes]," she told Mamamia.

"It was the most devastating and humiliating and embarrassing time. I couldn't understand what was happening. I had told them [the police] what happened and I was honest, and look what happened? They wonder why people lie," she said.

Just when she thought things couldn't get any worse, the cancer came.

"It's one of the most aggressive cancers we've ever seen. It's gone through your lymph nodes," the doctors told her.

As chemotherapy got underway, and Annette got sicker and sicker, her only focus was on her upcoming trial. She was told she had a 50 per cent chance of living another 10 years, if she survived treatment.

"I didn't have time to be sick. I had to focus on getting out of prison," she said. "It was like I was looking down a double-barrelled shotgun."

In 2005, she was found not guilty of murder, but guilty of accessory after the fact of manslaughter. She was given a suspended sentence and told by the judge she was free to leave.

"When they said 'you aren't guilty', it was...the words don't even cover how you feel. I don't have the words," she told Mamamia.

But the pain, suffering, and injustice Annette has suffered at the hands of her abusive partner, police, and the Australian justice system didn't end when she walked out of that court room a free woman. 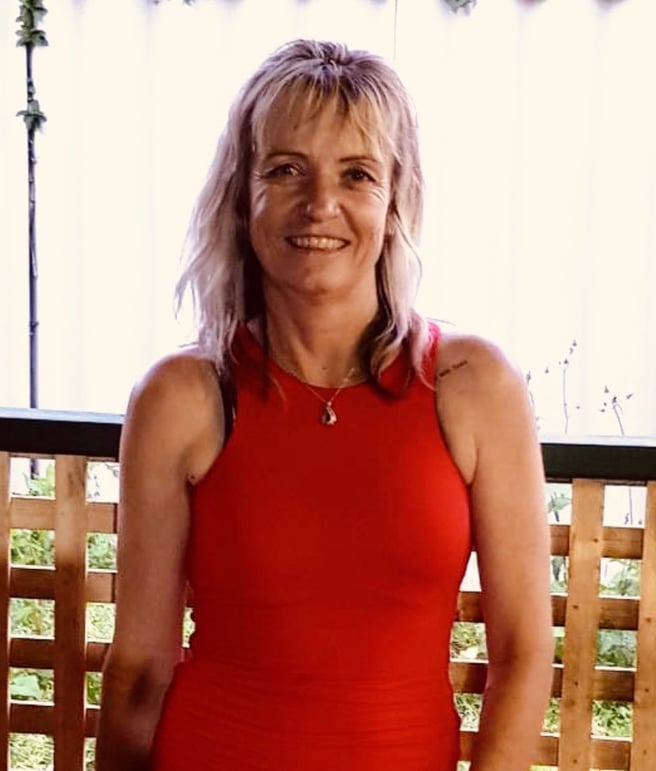 Annette was found not guilty of murder in 2005. Since then, she's had to rebuild her life. Image: Supplied.

Her son has grown into a beautiful man, and she has found love again. While her distrust in the police will always remain, her focus is no longer on that. It's on the women who find themselves in the dark, horrible place she once was.

"If you're in a domestic violence relationship, don't be embarrassed and don't be ashamed. But I will tell you one thing...it doesn't get better. It is never going to get better," she told Mamamia.

"There's a better life outside that door, you just need to open the door. Which is really hard to do," she added. "But it doesn't get better."

Some names have been changed.

Annette's book I'm Not Afraid of You, is available for purchase on Amazon.