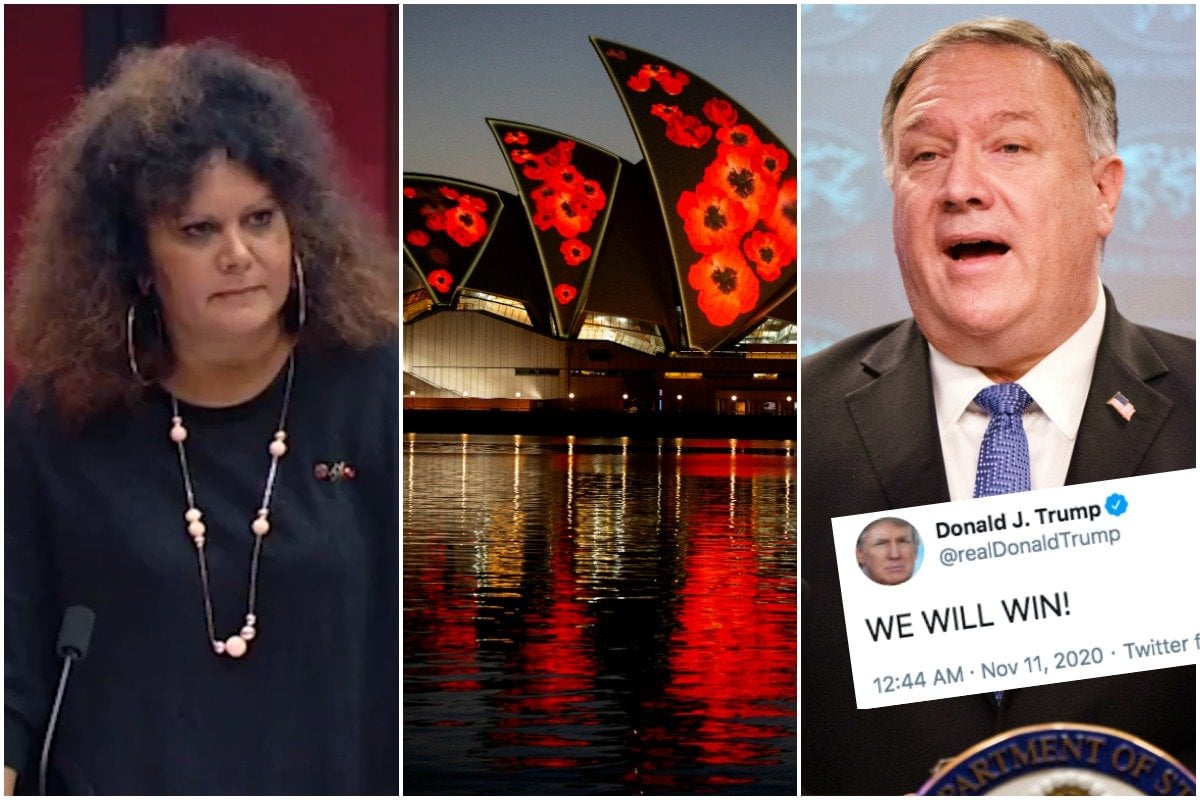 Federal government votes against having Indigenous flags flying in the Senate.

As Australia celebrates NAIDOC week, the federal government has voted down a motion to hang the Aboriginal and Torres Strait Islander flags in the Senate chamber.

Failing 29 to 28, Families and Social Services Minister Anne Ruston said the government thought the "only appropriate flag" to fly in the Senate was the Australian flag as it "represents all Australians."

Senator Malarndirri McCarthy, a Yanyuwa woman, said "The Aboriginal and Torres Strait Islander flags are also national flags. I appeal to the Senate, when we fly the flags out the front as we do this week, we have it on display for the whole of the country, in NAIDOC week, [for] an opportunity to show that we can unite our country."

NAIDOC week this year is running with the theme "always was, always will be," and celebrates the culture and achievement of First Nations people.

"May I remind you all that we are on stolen land? The Aboriginal flag represents the oldest continuing, living culture in the world," Senator Lidia Thorpe, a Gunnai and Gunditjmara woman, told the government.

Nationals Senator Matt Canavan defended the government’s move in an interview with the ABC, suggesting the motion was impractical and would not improve anything.

Meanwhile, NSW Premier Gladys Berejiklian has added her voice to calls for a change to the lyrics of the Australian National Anthem.

Talking to The Daily Telegraph, Berejiklian said changing the words of Advance Australia Fair from “young and free” to “we are one and free” would be a great way to better acknowledge the nation’s Indigenous history. 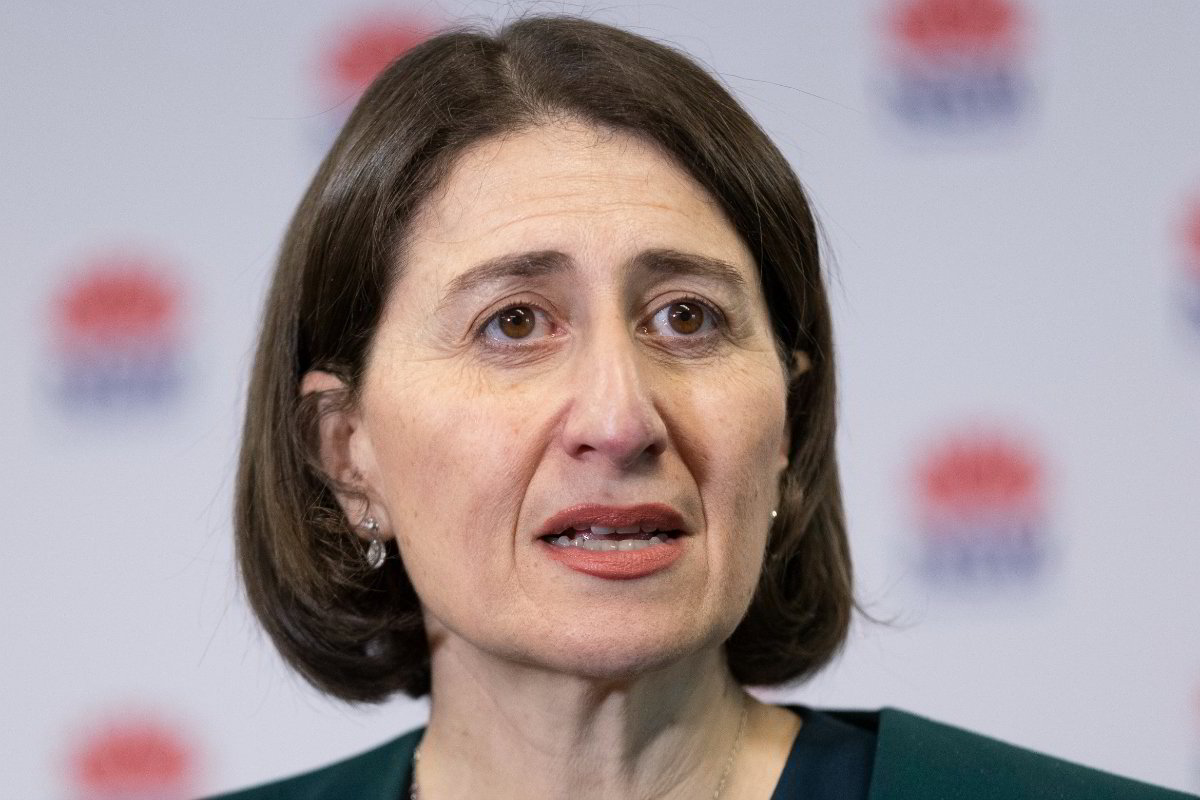 Scott Morrison says "no action will be taken" against ministers involved in Four Corners report.

On Monday night, a Four Corners investigation revealed the affairs of two Federal MPS in 2017 who were outwardly touting "family values" in parliament, while quietly having affairs with their staffers behind closed doors.

Prime Minister Scott Morrison said the investigation touched on issues that were "very important." But he said the behaviour occurred under, and was dealt with by, previous prime minister Malcolm Turnbull, and he would not be taking disciplinary action or investigating the matters further.

"My ministers are in no doubt about what my expectations are of them ... and I expect them to be lived up to. But, you know, when you get past all the other issues around this issue, all I know is there are a number of families that have been broken, and there are some people who are really hurting over this," he said.

Turnbull was forced to introduce a "bonk ban" during his time in office to ban ministers from having sexual relations with staff in their offices to try and stem the highly sexualised "Canberra bubble."

Johnson's warm relationship with Trump have made many Democrats wary but he was nonetheless among the first European leaders to congratulate Biden in a phone call.

.@KamalaHarris and I aren’t wasting any time. We’re ready to get COVID-19 under control so that we can reopen our businesses and schools safely, resume our lives, and put this pandemic behind us. pic.twitter.com/65C1XfR9rR

Johnson's office said the two men "discussed the close and longstanding relationship" between the two countries and promised to strengthen those bonds in areas including trade and security.

Johnson invited Biden to attend the COP26 climate change summit in Glasgow next November and said he looked forward to seeing him at a G7 summit that the UK is due to host in 2021.

The French president's office released a video of Macron in his office, offering congratulations to Biden and vice president-elect Kamala Harris during a call on Tuesday afternoon.

I spoke to @JoeBiden to congratulate him on his election. We’ll have a lot to do together to promote shared priorities - climate, global health, international security - and effective multilateral action. pic.twitter.com/h1zStqEf2J

The White House said Trump will visit Arlington National Cemetery on Wednesday to mark Veterans Day in what would be the president's first public appearance since major US media networks called the presidential contest for his rival Biden on Saturday.

Trump and his team remain adamant they have and will "win" the election, with Secretary of State Mike Pompeo flat-out denying the election results in a press conference overnight while insisting there will be a "smooth transition to a second Trump administration."

.@SecPompeo: "There will be a smooth transition to a second Trump administration."

Trump has continued to claim voter fraud in a stream of erratic, constant tweets, writing things like, 'BALLOT ABUSE' and 'WE WILL WIN.'

Pennsylvania Party Leadership votes are this week. I hope they pick very tough and smart fighters. We will WIN!!

Avalon Airport has announced twice-daily Jetstar services to and from Sydney from December 18, after NSW's decision to reopen its border with Victoria on November 23.

Melbourne Airport has continued to run reduced domestic services throughout the past nine months, although inbound international flights were banned in early July as Victoria grappled with its second wave.

Yesterday there were 0 new cases and 0 lives lost reported. There are 4 active cases, 1 with unknown source. Thanks to everyone who was tested – there were 12,955 results received yesterday. More info: https://t.co/pcll7ySEgz #COVID19Vic #COVID19VicData #StaySafeStayOpen pic.twitter.com/2UkxchGUZK

Flights from New Zealand into Melbourne were able to resume on Monday after being ticked off by Premier Daniel Andrews.

Health authorities are planning a large-scale asymptomatic testing blitz, despite Victoria notching its 11th consecutive day without a new virus case or death.

Melbourne's mystery cases are now down to one and there are only four active cases across the state.

Queensland Premier Annastacia Palaszczuk says she's pivoting away from COVID-19 and towards economic recovery with a "significant reshuffle" of cabinet.

Deputy Premier Steven Miles will move from the health portfolio to state development, local government and planning as part of the changes announced on Tuesday.

Attorney-General Yvette D'Ath will take over as health minister, although the premier didn't reveal who would replace her as the state's first law officer.

Treasurer Cameron Dick will take on the additional portfolio of investment in the reshuffle.

None of the new ministers have been given portfolios, but Ms Scanlon will be Queensland's youngest woman minister ever at the age of 27. She's tipped for the tourism portfolio and Townsville MP Mr Stewart could take over regional development.

The premier said all the cabinet positions would be announced after a "significant reshuffle" on Wednesday.

Remembrance Day ceremonies will look different today to mark the 102nd anniversary of guns falling silent on the Western Front.

But the message remains the same, with Australians asked to stand quietly on the 11th hour of the 11th day of the 11th month for a minute of silent reflection.

A one-off rule exemption has been granted in NSW to allow groups of up to 100 people to gather for services across the state including Sydney's Martin Place.

No such allowance has been afforded to Victorians, with only 10 people allowed to congregate at memorials and local cenotaphs.

The traditional ceremony at Melbourne's Shrine of Remembrance is closed to the public, but will go ahead as a virtual presentation with pre-recorded and live elements.

Brisbane's annual service from Anzac Square will be broadcast live on RSL Queensland's Facebook page from 10.45am AEST.

- Collins English Dictionary has announced its 2020 word of the year as 'lockdown' because "it is a unifying experience for billions of people across the world, who have had, collectively, to play their part in combating the spread of COVID-19."